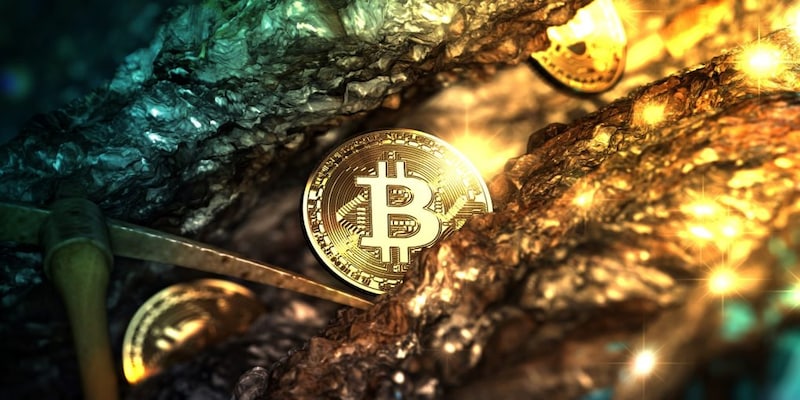 Shark Tank star and Canadian millionaire Kevin O’Leary, who has always been bullish on Bitcoin, expressed how the adoption of green energy by mining companies could reduce fossil fuel usage and trigger a wider acceptance of sustainable energy

Shark Tank star and Canadian millionaire Kevin O’Leary said that Bitcoin mining could save the world during the ongoing Bitcoin Conference held in Miami.

O’Leary, who has always been bullish on Bitcoin, expressed how the adoption of green energy by mining companies could reduce fossil fuel usage and trigger a wider acceptance of sustainable energy. “The next generation of Bitcoin miners and software represented right here are starting to work with energy that does not require carbon,” O’Leary said in the Bitcoin panel.
Bitcoin mining has been criticized for its energy use by lawmakers and environmentalists worldwide. The EU recently debated banning Bitcoin due to its exuberant energy consumption, derived mostly from fossil fuels.
The main issue with Bitcoin is its consensus mechanism, a process necessary for verifying transactions and adding them to the blockchain. Bitcoin uses the proof-of-work consensus mechanism, which requires miners to expend elevated levels of energy to verify transactions.
Also Read:
Bitcoin Pizza Day and the astounding story behind it
As this issue grew bigger, Bitcoin mining companies were compelled to move to sustainable energy sources. Not doing so would invite further scrutiny from lawmakers who could even force operations to shut down. And according to O’Leary, this need to find the best source of green energy will spur innovation and sustainable energy development.
Mining companies’ previous efforts to reduce carbon
Before mining companies took to sustainable energy sources, they reduced their impact on the environment through carbon offsetting programs.
These programs reduce or remove carbon dioxide emissions or other greenhouse gases to compensate for emissions produced elsewhere. While there were many efficient ways to offset carbon emissions, including methane collection, industrial pollutant destruction, and carbon retirement, there was a significant problem in deploying and tracking the progress of these projects, according to O’Leary.
In his keynote speech, O’Leary explained that verifying and auditing carbon offsetting programs accurately is next to impossible. He believes that the margin for error in these programs is too large to make them viable for proper auditing. And as such, he does not see carbon offsetting as a long-term solution to the emissions produced by Bitcoin mining companies.
Instead, O’Leary firmly believes that miners need to get operations running solely on green energy. “It’s because the next generation of Bitcoin miners, some of which are right here, are starting to work with energy that doesn’t require carbon. Hydroelectricity, nuclear power and wind and solar.” He said.
Also Read: How Norway has turned into a green oasis for Bitcoin mining
“The drive to produce Bitcoin is so economic in value… and this is the future of Bitcoin mining – we will be developing power for all communities, while we mine coin in an ethical and 100 percent green mandate that we can do with hydroelectricity.”
How mining can aid in the development of green energy
When China banned Bitcoin mining in May 2021, the world lost half of its mining power. That’s because an estimated 50 percent of the world’s Bitcoin hashrate was once situated in China alone. Therefore, miners were forced to shut operations and leave for regions that were more welcoming to Bitcoin mining.
Some went to Kazakhstan because of its cheap electricity. But the country ran exclusively on coal, which was a major cause of carbon emission. At the same time, Texas started opening its doors to miners by providing a mix of innovative energy alternatives through the standard power grid.
Many Bitcoin miners and enthusiasts in Texas have maintained that Bitcoin mining could drive the transition to clean energy. They believe that increased interest and investment in Bitcoin mining could lead to monumental innovation that can reduce carbon emissions while also benefitting renewable energy grids.
In practice, the experts believe that Bitcoin mining companies seek the most affordable energy sources for their operations to be profitable. Currently, the cheapest energy sources are wind and solar, and they will soon even outmatch thermal energy in costs. This will lead to miners subsidizing the development of renewable energy infrastructure, which everyone could benefit from.
Also Read: What is the significance of April 5 – Satoshi Nakamoto’s birthday?
Check out our in-depth Market Coverage, Business News & get real-time Stock Market Updates on CNBC-TV18. Also, Watch our channels CNBC-TV18, CNBC Awaaz and CNBC Bajar Live on-the-go!