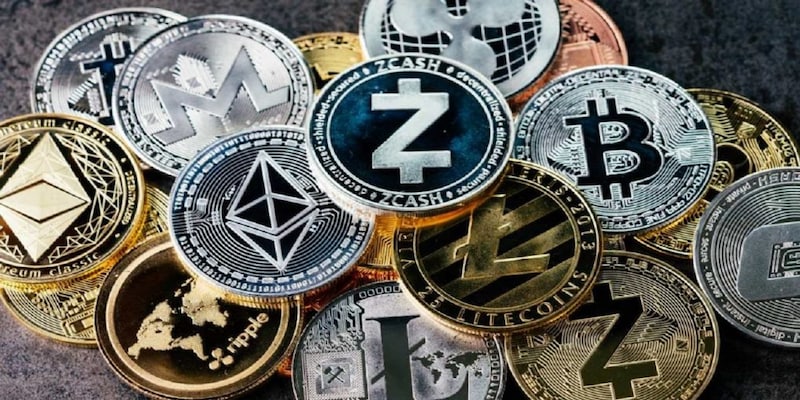 Between 2013 and 2020, Ripple Labs sold XRP tokens to raise capital worth USD 1.3 billion. When the SEC filed a lawsuit against Ripple Labs towards the end of 2020, there were no signs from the SEC’s end to indicate that Ripple was being watched. And at the time, Ripple was already trading on more than 200 exchanges.

The future of cryptocurrencies is at the mercy of one particular lawsuit filed by the US Securities and Exchange Commission (SEC) against blockchain innovator Ripple Labs Inc.

The lawsuit, filed on 22 December 2020, alleges that Ripple raised over $1.3 billion through illegitimate means. The SEC complaint also holds accountable Christian Larsen, Ripple co-founder, and Bradley Garlinghouse, the current Ripple CEO, citing that they made significant gains in the process.
If the SEC wins the case, XRP (the native cryptocurrency of the Ripple Blockchain) will be considered a security rather than a currency in the US. This could, in turn, set a legal precedent that results in similar cryptos being classified as securities as well. Therefore, the case against Ripple is important for all stakeholders within the crypto space, including investors, blockchain innovators and lawmakers worldwide.
Also Read
| Intel unveils Bitcoin mining chipset Blockscale for more efficient rigs
Why was Ripple Labs Inc sued?
Between 2013 and 2020, Ripple Labs sold XRP tokens to raise capital worth USD 1.3 billion. When the SEC filed a lawsuit against Ripple Labs towards the end of 2020, there were no signs from the SEC’s end to indicate that Ripple was being watched. And at the time, Ripple was already trading on more than 200 exchanges.
However, the SEC believed that Larsen and Garlinghouse raised capital illegally as XRP wasn’t a registered security, yet it was offered to investors across the globe. The SEC also alleged that Ripple labs availed market services for non-cash transactions wherein they paid in XRP to push their token sales.
“According to the complaint, in addition to structuring and promoting the XRP sales used to finance the company’s business, Larsen and Garlinghouse also effected personal unregistered sales of XRP totalling approximately $600 million. The complaint alleges that the defendants failed to register their offers and sales of XRP or satisfy any exemption from registration, in violation of the registration provisions of the federal securities laws,” the SEC website reads.
How did Ripple respond?
The SEC received no response from Ripple Labs for 39 days. However, the blockchain company quickly took to Twitter to clarify the company’s position, purge its image and maintain investor trust. Garlinghouse proclaimed that the SEC’s battle was not just against Ripple but the entire blockchain industry.
Also Read | How does Bitcoin work as a hedge against inflation?
He went on to counter-allege that Ripple was handpicked for direct scrutiny and the SEC “should not be able to cherry-pick what innovation looks like (especially when their decision directly benefits China).”
Garlinghouse also authored a blog that was published on the same day as the Twitter response. He elaborated on how Ripple Labs worked with the SEC to avoid regulatory infringements. He even explained to Ripple Labs’ employees that XRP wasn’t an investment vehicle and token holders were fully insulated from any entitlement to the company’s profits. If they wished to become stakeholders, they would have to purchase shares of the company and not the XRP token.
“This sets a terrible industry-wide precedent for any company working with a digital asset. With this allegation, coupled with the SEC’s “good housekeeping seal of approval” bestowed upon ETH and BTC only (directly benefiting China), they’re creating an unfair advantage to companies here in the US – and dramatically benefiting BTC and ETH. It’s just incredible that the SEC, a US regulator is in the business of picking winners in this industry (or really any industry) and disadvantaging companies here in the US” declared the blog.
More importantly, Garlinghouse confidently stated, “We are not only on the right side of the law, but we will be on the right side of history.” The Ripple CEO also mentioned that US investors accounted for only 5 percent of Ripple’s market capitalisation at the time, which meant that their influence on the market and regulatory watchdogs would be negligible.
Ripple Labs’ official legal response:
After the verbal conflict on social media, and several clarifications in the form of blog posts and tweets, Ripple officially filed its response in a 93-page long document that cited four counters, as quoted below:
1. “XRP does not qualify as an investment contract” as Ripple Labs never entered any such contract with its investors in the first place. Moreover, since XRP is a virtual asset, it remains outside the purview of the SEC, which has no jurisdiction in the matter.
2. “The SEC is out of step domestically and globally”, as no regulator ever mentioned that a virtual currency such as XRP must be registered as a security before the complaint, thus failing to provide legal clarity themselves.
3. “The SEC is picking winners and losers” as the SEC itself said that the sales of Bitcoin and Ether are “not securities transactions,” which means that XRP cannot be discriminated against.
4. “The SEC has distorted the facts” as they have interpreted and presented statements out of context. Garlinghouse himself wrote that he would prove the SEC’s allegations as false in due course of time.
Also Read | Explained: Crypto lotteries and how they work
The final verdict in this immensely followed case is yet to be released. However, the decision is crucial as it will reveal how regulators in the US perceive innovation and blockchain technology.
If the ruling goes in favour of the SEC, it will numb the sentiments of all crypto protagonists and trigger fading interest in the technological development of cryptosystems.
But, if the court favours Ripple Labs, less stringent regulations may apply. Further, the technical innovation and development of blockchains would be free to continue. It could also mean that other nations take cues and take initiatives to further the development of the underlying technology.
(Edited by : Priyanka Deshpande)
Check out our in-depth Market Coverage, Business News & get real-time Stock Market Updates on CNBC-TV18. Also, Watch our channels CNBC-TV18, CNBC Awaaz and CNBC Bajar Live on-the-go!