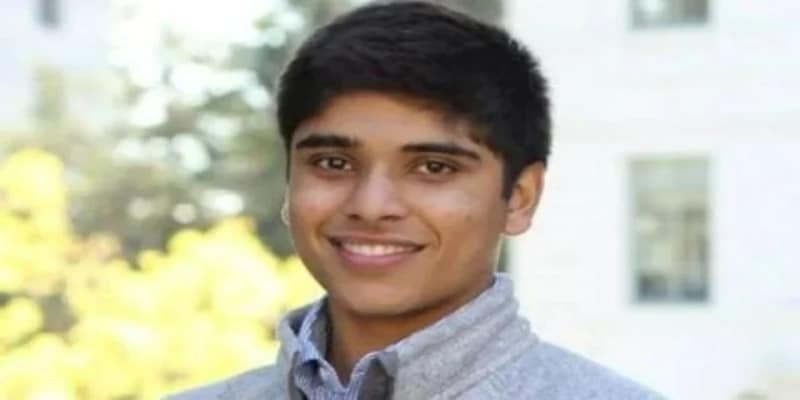 Nishad Singh was part of FTX’s inner circle, which lived together and ran the cryptocurrency empire from the Bahamas. The Indian-origin software engineer was reportedly aware that FTX secretly transferred customer funds worth billions of dollars to its sister firm Alameda Research

FTX, one of the world’s largest cryptocurrency exchanges, has filed for bankruptcy. The 30-year-old founder and Chief Executive Officer Sam Bankman-Fried saw his assets go from $16 billion to zero within less than a week, dubbed as one of the biggest-ever destructions of wealth in history. After the fiasco, he has now resigned.

The firm is under the scanner for financial practices that led to the dramatic crash, putting the spotlight on Bankman-Fried’s inner circle. And this includes Indian-origin Nishad Singh, who served as director of engineering at FTX.
Nishad Singh part of the inner circle
Singh was among the nine housemates of the FTX founder. The group lived and worked in the Bahamas; they ran the exchange from a luxury penthouse. The others include Caroline Ellison, the CEO of Alameda Research, FTX’s sister organisation, and Gary Wang, the chief technical officer and co-founder of FTX.
Singh joined Alameda Research, a hedge fund run by Bankman-Fried, which now finds itself at the centre of the controversy. Crypto publication CoinDesk reported on a leaked document that appeared to show that Alameda Research held an unusually large amount of FTT tokens. FTX and Alameda are meant to be separate businesses, but the report claimed that they had close financial ties, according to The New York Times.
Forty per cent of Alameda’s balance sheet comprised FTX’s FTT tokens, which raised eyebrows among crypto experts.
Also Read: Elon Musk says Twitter to soon enable organisations to identify their associated accounts
From Facebook to FTX
Singh joined Alameda Research in December 2017, where he was the director of engineering for 17 months. Before that, he worked as a software engineer at Facebook, an entry-level position. According to his profile on LinkedIn, he worked on machine learning at the social media giant.
In an FTX podcast from 2020, Singh talks about his “dream job” at Facebook and his decision to switch to Alameda Research after meeting Bankman-Fried.
“It was in an apartment at the time, it was quite early. I think I first visited Alameda when it was like a month into its existence,” he said, adding that there were around five other people in the apartment and the scene was chaotic. “What was obvious that the things they wanted to do were really important and really fruitful,” he added.
In April 2019, Singh moved to FTX and has occupied the top post of director of engineering since. Now his role in the collapse of the crypto exchange is under scrutiny. There are allegations of rampant nepotism, conflict of interest, and lack of oversight at FTX.
‘Gang of kids’
“The whole operation was run by a gang of kids in the Bahamas,” a person familiar with the matter told CoinDesk.
“Gary, Nishad and Sam control the code, the exchange’s matching engine and funds If they moved them around or input their own numbers, I’m not sure who would notice,” he alleged.
A source told CoinDesk that the trio – Bankman-Fried, Wang, and Singh – will do anything for each other. Around 10 people were part of the close group and they all are and used to be paired up in romantic relationships with each other.
Also Read: Inflation in India will peak by March and will be optimal by next fiscal: CLSA
This “gang”, which included Singh, knew that FTX siphoned off customer funds into Alameda Research. Bankman-Fried had secretly transferred $10 billion of customer funds from FTX to Alameda, reports Reuters.
Caroline Ellison told Alameda employees in a video meeting on Wednesday that she, Sam Bankman-Fried, and two other executives, Nishad Singh and Gary Wang, were aware of the decision to move customer funds to Alameda, the Wall Street Journal said, citing people familiar with the matter.
Singh’s LinkedIn profile says he studied at Crystal Springs Uplands School in California and graduated summa cum laude from the University of California, Berkeley with a bachelor’s degree in Electrical Engineering and Computer Science in 2017. His rise to the top was fast but now his future looks uncertain.
With inputs from agencies
Nishad Singh was part of FTX’s inner circle, which lived together and ran the cryptocurrency empire from the Bahamas. The Indian-origin software engineer was reportedly aware that FTX secretly transferred customer funds worth billions of dollars to its sister firm Alameda Research
(Edited by : Anushka Sharma)
Check out our in-depth Market Coverage, Business News & get real-time Stock Market Updates on CNBC-TV18. Also, Watch our channels CNBC-TV18, CNBC Awaaz and CNBC Bajar Live on-the-go!