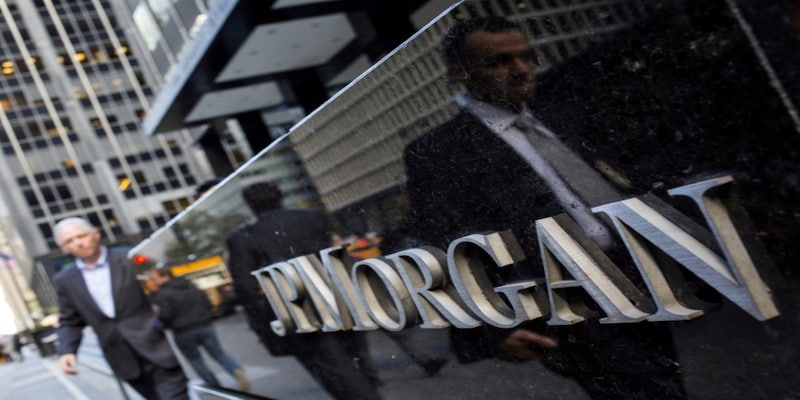 JPMorgan has become the world’s first bank to set up shop in the metaverse. The largest bank in the US has opened a lounge in the blockchain-based world Decentraland. Users can create their virtual avatars, build virtual spaces and roam in the lounge christened ‘Onyx Lounge’ after its suit of ethereum-based services. The lounge also features a digital image of the bank’s CEO Jamie Dimon.

The Wall Street giant also published a report outlining the potential growth opportunities in the metaverse, which they intended to capitalise on by building a presence in the virtual world. “The metaverse will likely infiltrate every sector in some way in the coming years, with the market opportunity estimated at over $1 trillion in yearly revenues,” the report read.
The company believes that the world has reached a unique tipping point. There is not a celebrity or organisation in sight that isn’t building their identity in the metaverse or at least considering it. While it is true that record-breaking deals are fuelling the excitement surrounding the metaverse, the buzz can also be attributed to the “convergence of trends.”
Metaverse is a virtual universe where users can do multiple activities like socialising, shopping or even attending events through their avatar. Augmented Reality (AR) and Virtual Reality (VR) headsets are becoming more pocket-friendly, and both technologies have together contributed to a significantly enhanced user experience.
The onset of blockchain technologies and associated cryptocurrencies have also unlocked new avenues for creators to monetise their designs. “From a social perspective, the development of more immersive virtual experiences is helping people to build communities based on shared values, and to express themselves in more authentic ways,” says the report as it talks about the changing dynamics.
Moreover, owners of tokenised assets in the metaverse are also entitled to a vote when new changes are proposed on the platform. The report stated that the “democratised ownership economy” enhanced by the interoperability of blockchains could result in goods and services moving from the real world to the virtual world. The boundaries between both worlds are bound to blur further.
“When you think about the economics of the metaverse—or 'metanomics' —there are opportunities in almost every market area. Imagine you have an online avatar, and you want to change what it/you are wearing; you will be able to buy limited-edition, digitally branded clothing that you pick after browsing a virtual showroom. Or you may start your own small business, such as an art gallery where you display your latest and greatest collections, or a virtual private club,” explained the report.
Virtual real estate is a booming market and digital plots of land continue to remain highly sought after. In 2021, the average price of a plot of virtual land doubled from $6,000 in June to $12,000 in December, a mere six-month period. The cost appreciation was visible across all four major web 3.0 metaverses viz. Decentralad, The Sandbox, Cryptovoxels, and Somnium Space. Although Decentrland is the oldest platform among them, The Sandbox has grabbed quite a few eyeballs and generated massive sales numbers through NFTs. Warner Music is the latest leading brand to sign up with The Sandbox.
JPMorgan also believes that the metaverse is evolving too quickly for organisations to be able to conceptualise a business strategy around it. Nonetheless, it said, the cost of eliminating the risk of “being left behind is worth the incremental investment needed to get started.”
For our in-depth coverage of the cryptocurrency space, click here
(Edited by : Abhishek Jha)
Check out our in-depth Market Coverage, Business News & get real-time Stock Market Updates on CNBC-TV18. Also, Watch our channels CNBC-TV18, CNBC Awaaz and CNBC Bajar Live on-the-go!