Explained: What are wrapped coins and how they function?

Explained: What are wrapped coins and how they function? 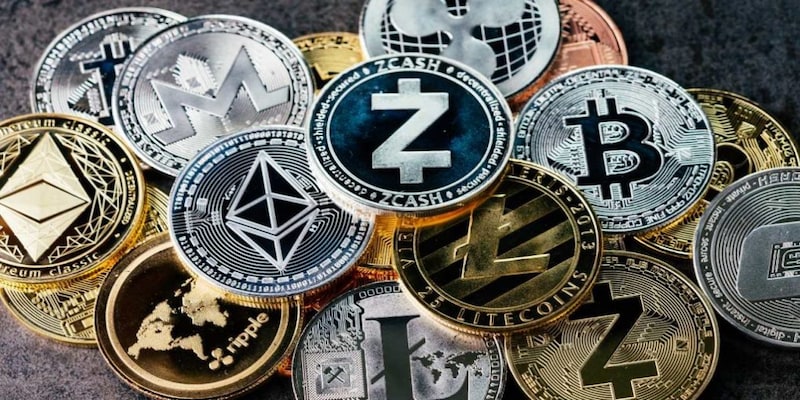 Cryptocurrency investors often fretted over the fact that their coins or tokens from one blockchain cannot be simply moved to or used on another blockchain. So, bitcoins or ether cannot be easily used outside their respective blockchains.

This meant users could not benefit from the added functionalities that another blockchain might offer. Wrapped tokens were introduced to overcome this limitation.
Wrapped tokens allow interoperability. This means they act as a bridge between blockchains allowing users from one network to use their crypto coins on another network.
Let’s dive a bit deeper into how wrapped tokens function and what fundamental issues they seek to resolve.
What are wrapped tokens?
They are tokens that are pegged to a particular cryptocurrency but can operate on another blockchain network. Wrapped bitcoin or WBTC, for example, derives its value from bitcoin prices but can work on the Ethereum network.
Wrapped tokens can be thought of as siblings of stablecoins. The only difference is that a stablecoin is pegged to fiat currency (traditional currency), whereas a wrapped token is pegged to cryptocurrency. Wrapped tokens can also be traded on exchanges just like any other cryptocurrency.
How do wrapped tokens work?
Let us understand this with an example:
As stated above, this is a tokenized version of bitcoin but on the Ethereum blockchain. This is an ERC-20 token that is pegged 1:1 to bitcoin’s value. This allows users to leverage Ethereum's second-generation blockchain while being dependent on bitcoin price movements.
The ERC-20 is a crypto standard that allows a non-native token to use the Ethereum blockchain.
What are the advantages of wrapped tokens?
A significant amount of the decentralized finance (DeFI) ecosystem runs on the Ethereum blockchain. Therefore, it can be rather frustrating for bitcoin users, as they do not have access to these DeFi applications. By wrapping their bitcoins into WBTC, users can easily tap this ecosystem and its applications. Also, since the liquidity of BTC is far greater than other blockchains, wrapping BTC converts this liquidity to Ethereum.
And finally, by harnessing the Ethereum blockchain for transacting in bitcoins, users also incur lower gas fees while significantly reducing transaction times. This is because the second-gen blockchain is over twice as fast as the first-gen Bitcoin blockchain.
However, while bitcoin wrapping was done to allow access to other blockchains, wrapped ether (WETH) was created to trade on the Ethereum blockchain itself. This is because WETH provides an ERC-20 compliant crypto token. While the WETH is allowed to access DeFi protocols, the native ETH isn’t. Therefore, this conversion itself unlocks multiple possibilities for transacting.
With WETH, investors can also pledge their tokens to DeFi protocols (a process called ‘staking’) and trade their wrapped tokens for other Ethereum-based altcoins.
Also, in the case of WETH, you don’t actually have to mint new WETH. You simply exchange ETH for WETH in a trade, either by using a smart contract or a digital wallet such as Metamask.
Cardano, Polkadot, and Solana are among blockchains that have also begun working on wrapped tokens to ease access to DeFi applications.
How can users buy wrapped tokens?
Users can buy crypto and wrap it through merchants like DeversiFi, Kyber or Ren. For instance, if you want to wrap BTC, the merchant forwards your BTC to a custodian wallet holder who mints new WBTC in exchange for your BTC, which gets safely stored at the merchant’s end. When you wish to reverse the transaction and return to owning BTC, the merchant takes your request and tells the custodian to burn your WBTC in exchange for the BTC being held. This minting and burning modus operandi ensures that there is one BTC for every WBTC, thus maintaining the 1:1 peg.
You can also simply buy wrapped tokens over other exchanges. Both centralized, as well as decentralized exchanges, allow such transactions.
While the benefits with respect to liquidity and transaction flexibility are lucrative, investors must note that the wrapping of cryptocurrencies allows some centralization to creep into the crypto ecosystem, which is supposed to be decentralized. This is because you are trusting a third party to hold your original crypto assets while you transact using wrapped tokens. Nonetheless, wrapping is a great way to bridge the gap between various blockchains that are otherwise independent ecosystems in themselves
(Edited by : Pradeep Suresh V)
Check out our in-depth Market Coverage, Business News & get real-time Stock Market Updates on CNBC-TV18. Also, Watch our channels CNBC-TV18, CNBC Awaaz and CNBC Bajar Live on-the-go!