Earn while you burn (calories): This fitness metaverse trades sweat for crypto and NFTs

Earn while you burn (calories): This fitness metaverse trades sweat for crypto and NFTs 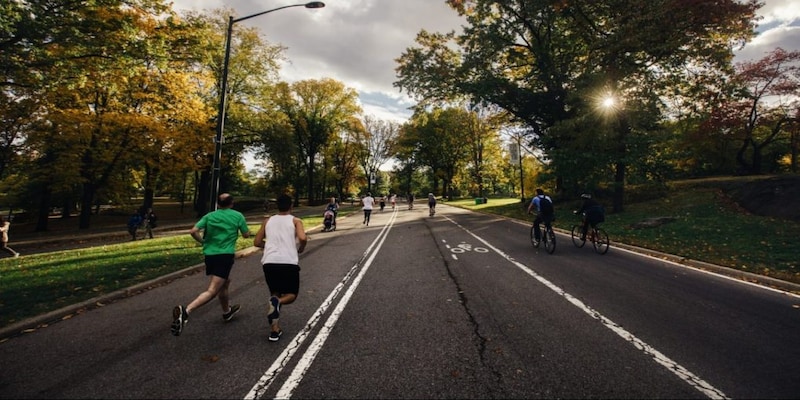 The platform, OliveX, is also looking to partner with multiple fitness brands such as Playinnovation, Gym Aesthetics and Trib3 and aims to assist them in integration with the Sandbox metaverse.

Did you know that staying healthy could also make you wealthy? While it may seem hard to believe, a company called OliveX is building a fitness metaverse, where you can earn cryptocurrencies and other rewards like Non-Fungible-Tokens (NFTs) by simply exercising. It aims to provide people with an incentive to stay in shape and maintain a healthy lifestyle.

How will it work?

To start earning crypto, people only require a smartphone with OliveX’s blockchain-based game, Dustland Runner. The adventure game requires users to jog, run or sprint varying distances in the real world. And in exchange, users will be rewarded with the game’s native currency -- DOSE -- a payment and utility token.

These virtual rewards can be accumulated and used to level up, unlock in-game items, and participate in special modes and events. Users can also trade their DOSE tokens on crypto exchanges and NFT marketplaces.

Also read: Explained: PoolTogether, the crypto lottery where you never lose
The game places users in a post-apocalyptic desert. Here, they take on the role of ‘dust runners’ and are tasked with retrieving and then delivering mysterious packages of contraband whilst avoiding bandits and monsters.

OliveX also plans to launch another blockchain-based game called Dustland Rider. It will follow the same principles of Dustland Runner, except it is for cycling and uses the Sol Cycle game engine. Dust Rider is set to release in June this year.

CEO and founder of OliveX, Keith Rumjahn, has dubbed these fitness platforms as ‘Move-To-Earn’ games. While talking to Forbes, Rumjahn described them as a “game-changer”. “Our goal is to onboard a billion people,” he stated, “and as part of that, I want them to earn their first NFT and crypto token by exercising.

Also read: All you need to know about the chess NFT marketplace

The vision and future of OliveX

Rumjahn believes OliveX is on the right track and is determined to invest in the growing sectors of gaming, exercise, and blockchain. To achieve its goals, the company wants to create a fully open and interoperable metaverse by collaborating with strategic partners like Animoca Brands, according to its website.

Animoca Brands is the company behind Sandbox, which is currently the third-largest metaverse by market cap. OliveX is already in the process of constructing a virtual space in the Sandbox metaverse. This will boost the interoperability of the tokens and NFTs earned on Dustland Runner.

Through this tie-up, OliveX is also looking to partner with multiple fitness brands such as Playinnovation, Gym Aesthetics and Trib3 and aims to assist them in integration with the Sandbox metaverse.

The company raised $5.7 million from investors in 2021 to build Dustland Runner. Since then, it has garnered a lot of praise from critics and has managed to double its market cap in a short period while also decreasing its losses. At the time of writing, the DOSE token was trading at $0.1445, up by 1.14 percent in the last 24 hours, with a market cap of $7.5 million.