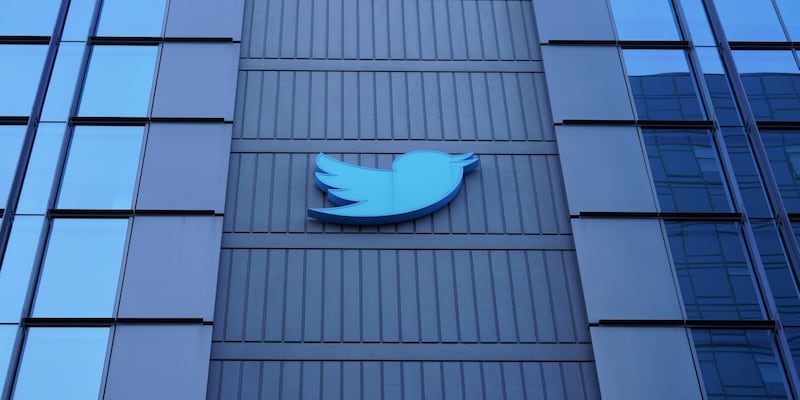 Elon Musk's Twitter takeover has been the talk of the town for the last few days. The Tesla CEO and co-founder has officially assumed the reigns at the microblogging platform after completing a $44 billion deal on October 27. That's a staggering amount of money, even for the world's richest man.

However, Musk is not alone in his Twitter endeavour; he's being helped financially and strategically by nearly 20 of the biggest firms in the world, many of which are pro-crypto entities. This indicates the decentralised web3 path Twitter may be heading down in the coming years.
Here's a quick rundown of the pro-crypto organisations backing Elon Musk's Twitter takeover.
Binance – the world's largest crypto exchange
Binance is one of the major pro-crypto firms backing Elon Musk's Twitter deal. The world's largest crypto exchange contributed a massive $500 million to help Musk acquire the social media platform. Binance CEO Changpeng Zhao (CZ) cited monetisation potential, free speech and the opportunity to "bring Twitter into Web3" as reasons for its co-investment. The crypto exchange has also set up a team focusing on how crypto can help Twitter.
Also Read: Explained: AML regulations and how they apply to the cryptosphere
"Binance is creating an internal team to focus on ways that blockchain and crypto could be helpful to Twitter and actively brainstorming plans and strategies that could help Elon Musk realise his vision," said a Binance spokesperson.
Andreessen Horowitz is also helping Twitter improve
The VC giant, Andreessen Horowitz (a16z), is also lending a helping hand to Twitter's new owner, Elon Musk. One of the firm's general partners, Sriram Krishnan, tweeted a photo from Twitter's San Francisco office, saying that he would be helping Elon Musk reorganise Twitter. "I'm helping out @elonmusk with Twitter temporarily with some other great people. I ( and a16z) believe this is a hugely important company and can have a great impact on the world, and Elon is the person to make it happen," Sriram said in his tweet.
Andreessen Horowitz's interest in Twitter is well-founded, especially considering the firm's bullish outlook on web3 projects. Back in May, a16z had invested more than $7.6 billion in crypto and blockchain-related projects. The firm has also previously backed major crypto platforms such as Solana, OpenSea, NEAR, and Uniswap.
Pro-crypto banks and VCs backing the deal
Several pro-crypto banks have also pitched in to help Musk finance the Twitter deal. For instance, Morgan Stanley alone has contributed nearly $3.5 billion for the acquisition, according to data from the US Securities and Exchange Commission (SEC). According to a report from Blockdata, Morgan Stanley invested nearly $1.1 billion in crypto firms between August 2021 and May 2022.
Sequoia Capital is another pro-crypto VC backing the deal, contributing a massive $800 million to Elon Musk's Twitter takeover. In April this year, Sequoia created a $600 million crypto-focused fund, making it the latest Silicon Valley giant to pump money into the burgeoning digital asset industry.
Several other banks backing the deal have also previously invested in crypto firms. For instance, BNP Paribas invested nearly $240 million in crypto and blockchain companies in August 2021. The bank also recently launched its own crypto custodial service in July 2022. Barclays is another bank that has its hand in the Twitter deal. In August 2021, the British multinational bank invested nearly $200 million in crypto firms such as Chainanalysis and R3 mining.
Conclusion
Judging by the number of pro-crypto investors backing Elon Musk's Twitter ownership, the social media platform's future seems to be intertwined with the digital asset industry. Elon Musk himself is a proponent of Bitcoin, Ethereum and Dogecoin. In fact, news of Musk's Twitter takeover has caused Dogecoin to rally more than 100 percent over the last few days. But how Twitter's web3 future actually unfolds, we'll have to wait and watch.
Also Read: A look at Bluesky, the Jack Dorsey-led decentralised social network that could rival Twitter
Check out our in-depth Market Coverage, Business News & get real-time Stock Market Updates on CNBC-TV18. Also, Watch our channels CNBC-TV18, CNBC Awaaz and CNBC Bajar Live on-the-go!