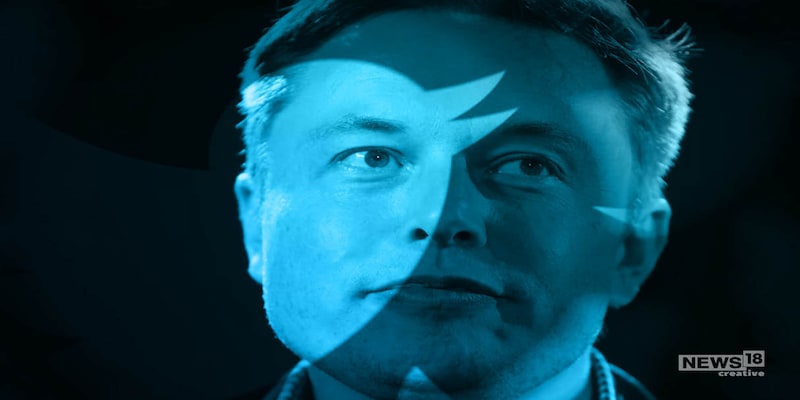 Considering Elon Musk's pro-crypto stance, many people are left wondering how his Twitter takeover will influence the digital asset industry. Many experts believe that the Twitter acquisition will benefit the cryptoverse significantly.

It's official, Elon Musk is finally at the helm of Twitter. The serial entrepreneur completed the $44 billion deal on October 27 and marked the event with his usual over-the-top shenanigans. The Tesla Co-Founder and CEO tweeted a video of him entering Twitter headquarters with a sink; the snippet was appropriately captioned, "Entering Twitter HQ – let that sink in." At the same time, Musk also changed his Twitter bio to "Chief Twit."

Now, Musk is known to be a strong crypto proponent. His multinational automotive and clean energy company, Tesla, owns nearly $220 million worth of Bitcoin. This figure previously stood at around $1.5 billion, but the company was forced to sell 75 percent of its BTC holdings in July this year due to bear market pressures. In 2021, Musk, the world's richest man, also revealed that he had personally invested in Bitcoin, Ethereum and Dogecoin.
Therefore, after considering Musk's pro-crypto stance, many people are left wondering how his Twitter takeover will influence the digital asset industry. Many experts believe that the acquisition will benefit the cryptoverse significantly. "Since Musk is quite vocal about Crypto, I think it will be a game changer for the crypto industry with this acquisition. It's only a matter of time when this will come into play," Prayag Singh, co-founder of SOCLLY, told Outlook India.
In fact, one of the first features to be launched in the Elon Musk era is a crypto service called NFT Tweet Tiles. It was launched on October 28, just a day after Musk took over the reins at Twitter, and allows users to buy, sell, and display non-fungible tokens (NFTs) directly through Tweets. Currently, the feature works in partnership with four marketplaces: Rarible, Magic Eden, Dapper Labs and Jump.trade. What's interesting is that OpenSea, the world's largest NFT marketplace, has been left out of this service for now.
A few days later, on October 29, Binance also pledged allegiance with Musk. The world's largest crypto exchange is setting up an entire team to look into the current issues caused by Twitter bots. "Binance is creating an internal team to focus on ways that blockchain and crypto could be helpful to Twitter and actively brainstorming plans and strategies that could help Elon Musk realise his vision. For example, how can we build on-chain solutions to address some of Twitter's issues, such as the proliferation of bot accounts in recent years. We are in the early stages now and still figuring out a plan," a Binance spokesperson said.
Spam bots are often used to disseminate fraudulent links to fake giveaways and other financial scams. Therefore, a joint effort to crack down on such activity should make Crypto Twitter safer for investors. Incidentally, Binance is one of the firms backing Elon Musk's Twitter takeover — the crypto exchange invested $500 million towards the deal.
Also Read: Seven crypto slangs used to describe the different kinds of investors
Elon Musk's Twitter takeover should also bode well for Dogecoin. His tweets alone are usually enough to cause large price spikes for the meme coin. For instance, Dogecoin rallied nearly 9 percent in April this year after Musk suggested that Doge should be integrated with Twitter's premium service, Twitter Blue, as a viable payment option. Doge has also moved into the number 1 position in terms of Musk's favourite cryptocurrencies. "I'm mainly supporting Doge, frankly," said Musk during a recent appearance on the "Full Send" podcast. Therefore, it is no surprise that Dogecoin has rallied over 107 percent in the last seven days.
In line with this Dogecoin payment feature, Musk has also discussed the implementation of fiat and cryptocurrency payments into the microblogging platform. While he hasn't delved into the particulars, he has suggested that payments can transform the platform into an "everything app" that would be "so compelling that you can't live without it."
Even before the Elon Musk takeover, Twitter had already dipped its toes into crypto waters. The microblogging platform had already set up a Twitter Crypto division and allowed users to receive tips in Bitcoin and Ether. The platform also offers NFT profile pictures and USD Coin (USDC) stablecoin payments for a select group of creators. However, since his arrival, Musk has been busy firing key Twitter employees, so it is unclear what will become of these existing crypto teams and their endeavours.
Elon Musk has had an up-and-down relationship with cryptocurrencies. In February 2021, Musk announced that Tesla had purchased $1.5 billion of Bitcoin. He also stated that Tesla would begin accepting payments in BTC. These were extremely bullish signals and caused the price of Bitcoin to spike.
However, a few months later, Musk announced that Tesla would stop accepting bitcoin for car purchases, citing environmental concerns around its mining process. Then, earlier this year, Musk decided to sell 75 percent of his BTC holdings for a loss.
Despite these events, Musk's acquisition of Twitter is largely seen as a positive development for Web3. "With Twitter at his disposal, Musk's amplified social media reach can act as a double-edged sword in shaping the narrative in the cryptoverse. As announced by Elon Musk, open-source Twitter algorithms would reinforce trust in the platform and fight the menace of spambots. But a lot would depend on how this would be implemented in a non-partisan manner," Sharat Chandra, VP of Research and Strategy at EarthID, told Business Today.
Also Read: Explained: Shiba Eternity and how it works
Check out our in-depth Market Coverage, Business News & get real-time Stock Market Updates on CNBC-TV18. Also, Watch our channels CNBC-TV18, CNBC Awaaz and CNBC Bajar Live on-the-go!