Binance-FTX deal: A look at the after effects of the takeover

Binance-FTX deal: A look at the after effects of the takeover 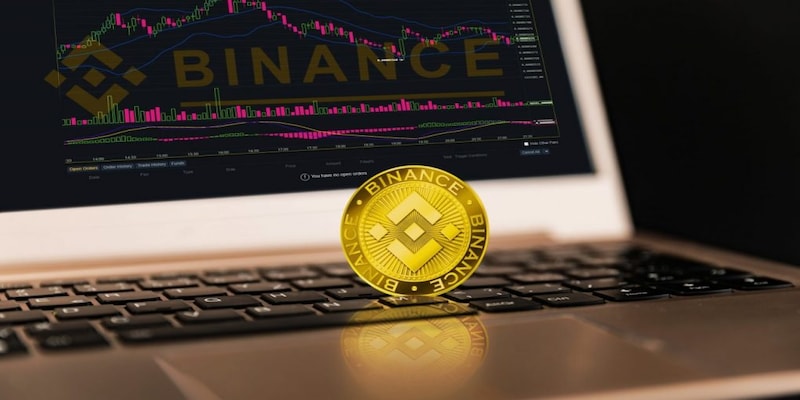 The Binance-FTX deal also reinforces the former's CEO Changpeng Zhao's (CZ) position as one of the most influential individuals in the cryptosphere. If the acquisition goes through, CZ will effectively control a combined total of $34 billion in trading volume, which is one-quarter of all trades on centralized exchanges, according to data from CoinGecko.

Last night, Binance CEO Changpeng Zhao (CZ) took to Twitter to announce that he had signed a letter of intent to acquire FTX after the latter experienced a "significant liquidity crunch." This marked the end of a two-day saga that saw a lot of back and forth between two of the world's largest crypto exchanges.

The deal came as a surprise to most of the cryptosphere and caused several ripple effects throughout the industry. First and foremost, FTT, the native cryptocurrency of the FTX exchange, dropped even further following the acquisition announcement. FTT was already reeling after CoinDesk published a story stating that Alameda Research, a trading platform owned by FTX's founder Sam Bankman-Fried (SBF), had many of its assets backed by FTT tokens. This raised concerns about FTX's financial health and sparked insolvency rumours.
Fear, uncertainty and doubt (FUD) overcame investors, who started to withdraw their funds from FTX at a rate of knots. The sell-off was spurred on by Binance, which began offloading its 23 million FTT tokens en masse. The price of the FTT token dropped from $22.79 late on November 7 to around $15.04 yesterday at noon. However, after Binance announced the purchase of FTX, things took a turn for the worse.
FTT nosedived from $19.01 late on November 8 to $3.59 early this morning. That translates to an 81 percent drop in a matter of hours. FTT has made a slight comeback since then, trading at $4.38 at the time of writing. At the other end of the spectrum, Binance's native cryptocurrency saw a massive price spike. BNB jumped from $323.10 to $388.72 after the deal was announced. However, it quickly handed back all its gains, retracing its steps back to $299.77 at the time of writing.
The deal and resulting FTT price crash have also wiped out most of SBF's net worth. According to The Bloomberg Wealth Index, before Binance's takeover, Bankman-Fried's 53 percent stake in FTX was valued at about $6.2 billion. His trading house, Alameda Research, contributed to a further $7.4 billion of his fortune.
Also Read: Explained: How to earn a passive income through NFTs
However, following the takeover, FTX and Alameda have been given a $1 valuation. This has resulted in SBF's net worth dropping from around $15 billion to about $991 million in less than one day. That equates to a 93 percent drop in hours, resulting in the "biggest one-day collapse ever among billionaires tracked by Bloomberg." SBF not only lost his 3-comma status but also slipped off the top 500 on Bloomberg's billionaire index, whilst CZ retains the 87th spot on the list.
The deal also reinforces CZ's position as one of the most influential individuals in the cryptosphere. If the acquisition goes through, CZ will effectively control a combined total of $34 billion in trading volume, which is one-quarter of all trades on centralized exchanges, according to data from CoinGecko.
While the collapse of FTX has sent shockwaves across the industry, it also bears eerie similarities to the Terra crash in May. The platform’s native tokens, LUNA and TerraUSD (UST), crashed to $0, causing massive repercussions to any firms exposed to the two coins. As such, any firms with exposure to FTX will be fearing similar repercussions. Yuga Labs, Circle, Aptos, the NEAR Protocol, and SkyBridge are among the many investments FTX ventures made before its liquidity issues.
In fact, mere association with SBF has got some firms reeling. For instance, the Binance-FTX deal has also had a trade-off effect on Robinhood. This is because SBF acquired a 7.6 percent stake in the trading platform back in May, translating to over 56 million shares. Therefore, when Binance announced its FTX takeover plans, Robinhood shares ($HOOD) also began to tank. The stock fell from $11.72 before the deal was announced to $9.74 at the time of writing. That translates to a 17 percent drop.
Coinbase, another prominent crypto exchange, also felt the heat after the Binance-FTX deal. According to reports, Coinbase has $15 million in deposits on FTX. Of course, these funds will now be acquired by Binance. Fearing a sell-off similar to Robinhood, Coinbase CEO Brian Armstrong quickly addressed concerns surrounding the firm's stability. "Coinbase doesn't have any material exposure to FTX or FTT (and no exposure to Alameda)," said Armstrong in a 13-part tweet.
Similarly, Paolo Ardoino, CTO of Tether, also took to Twitter to clarify that stablecoin issuer has no exposure to FTX or Alameda. Shortly after, Jeremy Allaire, CEO of Circle, also turned to the microblogging platform to deny rumors of the firm having exposure to the two embattled firms.
However, it will be difficult to alleviate investor FUD with mere words. Keeping this in mind, CZ is looking to implement more transparency through a Proof-of-Reserve mechanism using Merkle Trees. The initiative has seen a lot of support over the last few hours, with many of the top crypto exchange scrambling to create a Proof-of-Reserves fund of their own as the FTX contagion grips the market.
Finally, the FTX-Binance saga has also caught the attention of lawmakers in the US. The initial standoff between the two exchanges caused crypto prices to drop considerably. This highlights the fact that crypto entrepreneurs can sway the cryptocurrency prices with just a few tweets. It is a matter that US Senator Cynthia Lummis will be looking into in the coming days.
“The recent events that have transpired between FTX and Binance are the clearest example yet of why we need clear rules of the road for digital asset exchanges in the United States,” said Lummis. “Market manipulation, lending activity, and whether customer funds and assets were appropriately safeguarded are just a few of the many issues my colleagues and I need to consider in the coming days,” she added.
It's still early days as far as the Binance-FTX deal is concerned, with the acquisition not even confirmed yet. However, if the deal goes through, we might see several more aftereffects come to the fore. Until then, all we can do is wait and watch.
Also Read: Bitcoin, gold or traditional banking: It will surprise you to know which uses the most energy
Check out our in-depth Market Coverage, Business News & get real-time Stock Market Updates on CNBC-TV18. Also, Watch our channels CNBC-TV18, CNBC Awaaz and CNBC Bajar Live on-the-go!