After days of price drop, Bitcoin, Ether, Dogecoin and others record a surge

After days of price drop, Bitcoin, Ether, Dogecoin and others record a surge 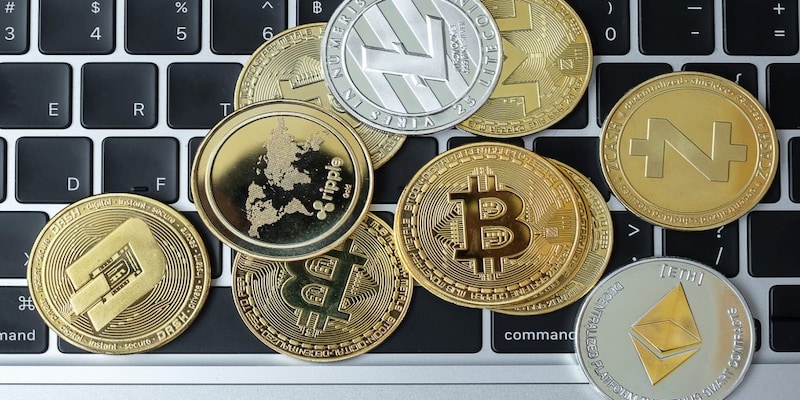 The prices of major digital coins, including Bitcoin, Ether, Dogecoin, and Shiba Inu have recorded an increase in the past 24 hours.

The prices of major digital coins, including Bitcoin, Ether, Dogecoin, and Shiba Inu have recorded an increase in the past 24 hours.

After sliding for the past few days, the value of the world's most popular cryptocurrency, Bitcoin, jumped by more than 4 percent to $58,891 on Saturday. Bitcoin had dropped to its lowest in about three weeks in the wake of concerns about US taxation and China’s continued crackdown. It was down about 2.5 percent to $59,000 on November 17, recording a retreat for the fourth straight day. This was preceded by Bitcoin hitting a record high of around $69,000.
Similarly, the value of Ether coin -- linked to the Ethereum blockchain -- also shot up by more than 7 percent to $4,314. The price rise comes just after Ether, the second most popular cryptocurrency in the world, had fallen below the $4,200 mark on November 17. In a period of seven days ending November 17, Ether prices fell by a whopping 10.63 percent. However, Ether is now trading around its all-time high mark.
Besides Bitcoin and Ether, the price of Dogecoin -- referred to as a meme cryptocurrency -- also went up over 7 percent to $0.23. Meanwhile, the value of Shiba Inu coins also rose by more than 15 percent to $0.000049.
The other digital coins that recorded a surge in price in the past 24 hours include Litecoin, XRP, Polkadot, Uniswap, Stellar, Cardano and Solana. With this, the global cryptocurrency market capitalisation also surged marginally to $2.7 trillion, according to tracker CoinGecko. It had earlier registered a significant decrease of 6.15 percent, with the market cap standing at $2.49 trillion.
Unfettered by the price fluctuation of digital coins in the recent past, money pouring into digital currencies has increased this year. According to digital asset manager, CoinShares, the investments in Bitcoin have more than doubled this year and those in Ether have gone six times.
(Edited by : Anshul)
Check out our in-depth Market Coverage, Business News & get real-time Stock Market Updates on CNBC-TV18. Also, Watch our channels CNBC-TV18, CNBC Awaaz and CNBC Bajar Live on-the-go!