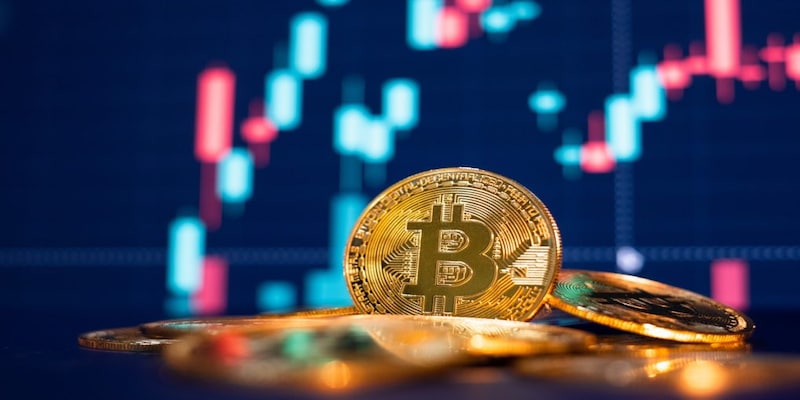 Here is a timeline of Bitcoin’s rise, fall and its journey towards the $65,000 mark and finally its fall in a short span of time.

Bitcoin Pizza Day is celebrated every year to commemorate the first commercial transaction using Bitcoin as a currency. On May 22, 2010, Bitcoin was first used by Laszlo Hanyecz to buy two Papa John’s pizzas for 10,000 BTC worth around $47 then. At today’s price, that Bitcoin is worth about $352.4 million.

Bitcoin, created by Satoshi Nakamoto in 2009, has gained millions of followers, touched a high value of $65,000 for just one Bitcoin recently and remains the favorite of everyone in the world of cryptocurrencies in its more than a decade old journey.

Here is a timeline of Bitcoin’s rise, fall and its journey towards the $65,000 mark and finally its fall in a short span of time.

Introduced for the first time in 2008, it used peer-to-peer electronic systems and was originally aimed to be a transparent and decentralized asset. Bitcoin creator, Satoshi Nakamoto, in his whitepaper paper had proposed the cryptocurrency should not be regulated by any government.

In January 2009, Satoshi Nakamoto, created 50 Bitcoins using the blockchain systems ensuring the initial 50 Bitcoins would always remain in the system. So, these 50 Bitcoins can never be used or spent.

In the world’s first P2P Bitcoin transaction, Satoshi Nakamoto sends 10 Bitcoins to Hal Finney, a computer scientist and early adopter of Bitcoin and he was the first person to tweet about Bitcoin.

Cryptocurrencies such as Litecoin was launched after Bitcoin’s popularity as it was used for online transactions between individuals with some global e-commerce providers allowing transactions in Bitcoins for their services.

It gained value and touched a high of $250. It was also the introduction of the new measurement system called milliBitcoins (mBTC), microBitcoins (uBTC) and Satoshis.

The prices of Bitcoin crashed to a low of $760. This was the first instance of a price crash for Bitcoin.

A game-changer year for the cryptocurrency market and for Bitcoin as prices jumped to $433 and touched $959 in December 2016. Bitcoin saw a 121 percent increase in value this year.

It crossed the $1000 mark at the start of the year. Bitcoin was called a ‘fraud’ by Jamie Dimon, CEO of JPMorgan and he later took it back, the price touched an all-time high of $20,000 in March.

This year was the best year in the history of Bitcoin and for other cryptocurrencies too. In January, Bitcoin touched $40,000. After Tesla invested $1.5 billion in Bitcoin in February there was no stopping. It touched $50,000 in February.

In March, Elon Musk tweeted anyone can buy a Tesla car using Bitcoin. This made the prices jump and recorded an all-time high of $64,829.14 on April 14.

On May 13, Elon Musk tweeted Tesla won’t accept payments in Bitcoins for its cars due to environmental concerns around the mining of the cryptocurrency resulting in Bitcoin crashing by nearly 50 percent.