Updated : November 12, 2019 03:00 PM IST
It has been 101 years now, but the horrors of war are still alive in Ypres’ Flanders Fields Museum.
Ypres has gracefully metamorphosed from a theatre of war to the City of Peace.

Havildar. Sepoy. Naik. Lance Naik. Bugler, Rifleman. Names etched in black on a beige wall of the Menin Gate Memorial to the Missing in Ypres (Ieper in Flemish), Belgium. Just names. No faces. No address. Not even the date the soldier gasped for his last breath on the battlefront. On the Gate, 55,000 names are etched. Amidst, these are names of 410 Indian soldiers who fell to the enemy in Flanders Fields during World War 1 (WW1). Menin Gate Memorial to the Missing.

During WW1, over one million Indian troops served overseas, of whom 62,000 died and another 67,000 were wounded. Ypres was the theatre of war with five of the deadliest battles fought amidst the red poppies in Ypres Salient. Over 130,000 soldiers of the Indian corps comprising two cavalry and two infantry divisions fought in the Flanders Fields. Over 9,000 perished; a few went missing. Never to be found. Dead or alive. 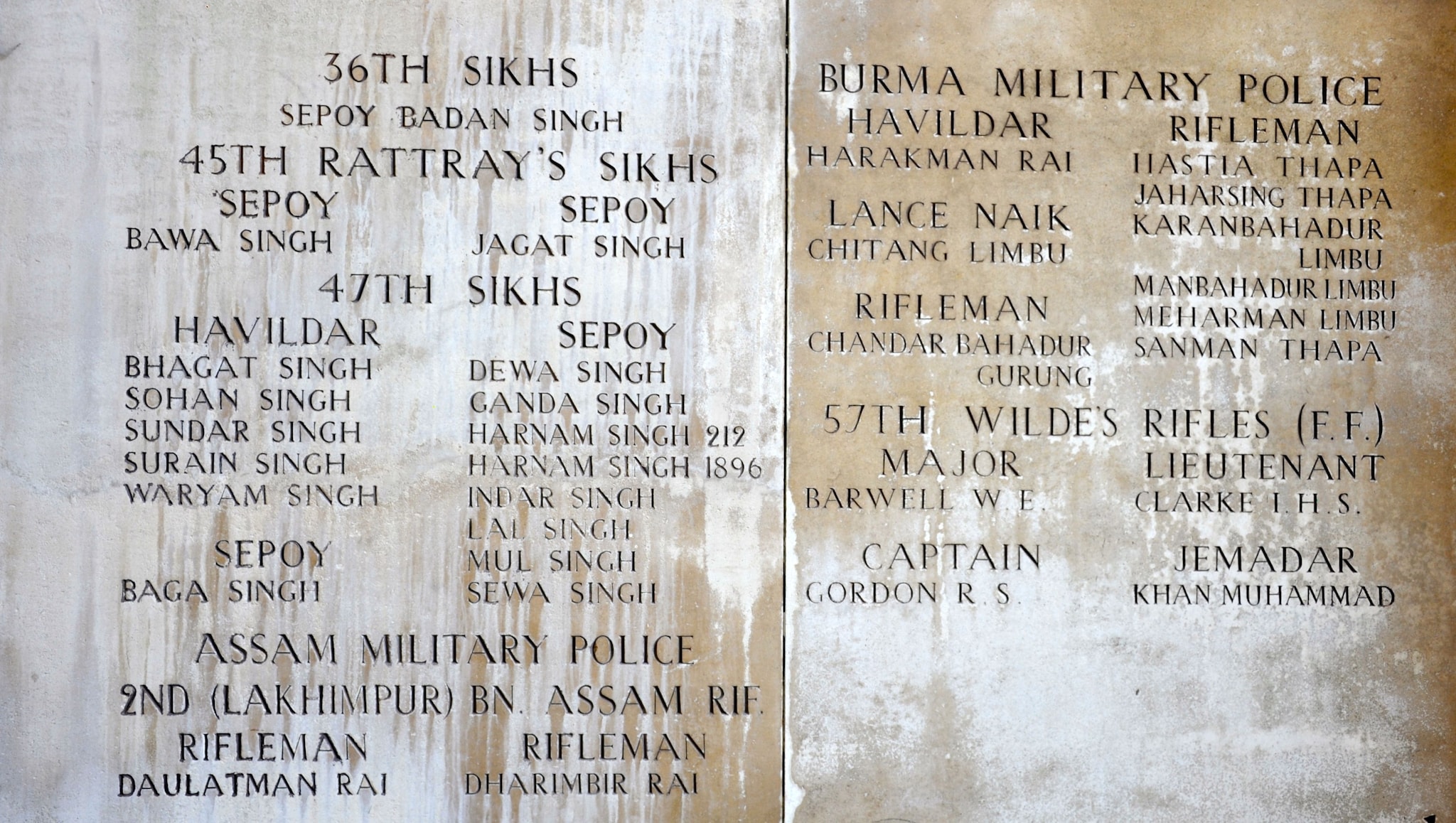 Names of Indian soldiers etched on the Menin Gate.

Designed by Sir Reginald Bloomfield, the Menin Gate is not the only memorial to soldiers who went missing during the 1914-1918 war. In the Ypres Bedford Cemetery where nearly 5,000 graves are neatly arranged, there are 21 tombstones dedicated to Indians: 14 known and 7 unknown soldiers. Names are etched on the ‘known’ tombstones. Prayers inscribed in Arabic or Gurmukhi. The ‘unknown’ graves have one-liners: Known unto God. That is all. The dead soldiers ‘Only known to God’. No epitaph on the tombstone. Not even a flower in the memory. The Four-Lion statue in the park next to the Menin Gate.

Ypres pays homage to the soldiers everyday. Each night at 8 pm, the traffic is stopped at the Menin Gate and members of the local Fire Brigade sound the Last Post in the roadway under the Memorial’s arches. The Last Post started in 1927 and continues until today with a brief interruption during the Word War II German occupation. 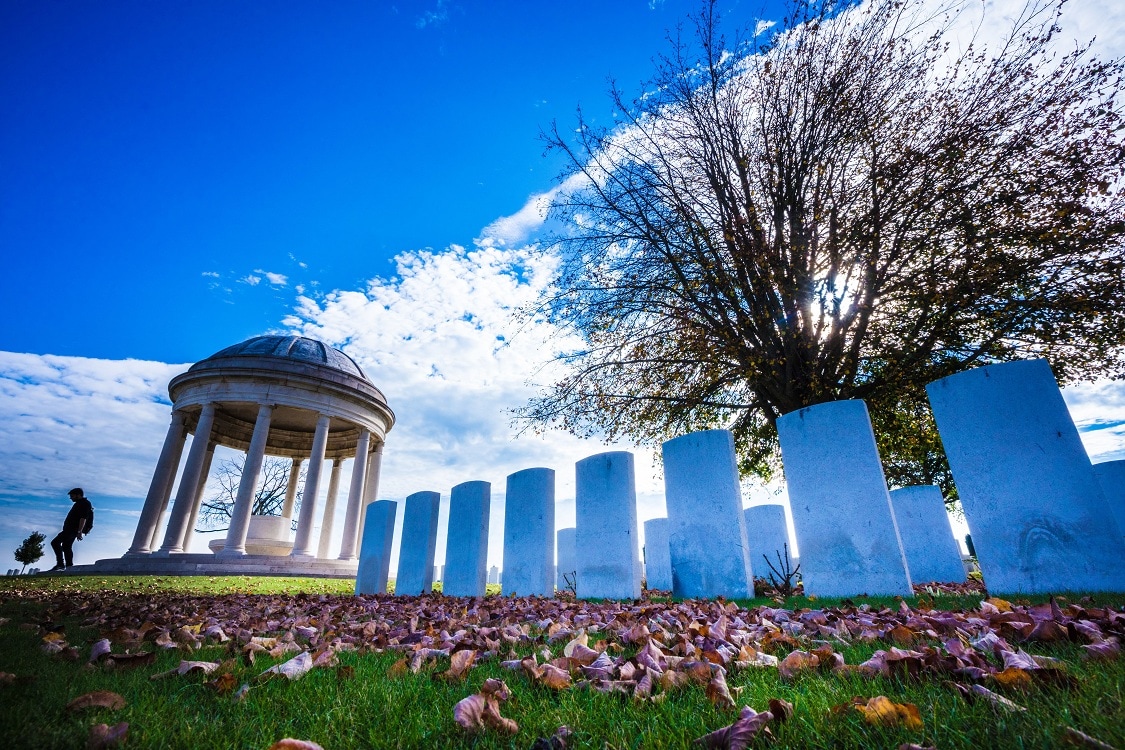 In Bedford Cemetery where nearly 5,000 graves are neatly arranged, there are 21 tombstones dedicated to Indian soldiers.

At 11 am on November 11, 1918, the cannons fell silent. World War 1 came to an end. It has been 101 years now but the horrors of war are still alive in Ypres’ Flanders Fields Museum. The memory of  ‘the war to end all wars’ is arranged chronologically (1914-1918) in the second storey of Cloth Hall which was reduced to rubble by artillery fire during the Battle of Ypres. The imposing building was reconstructed to house the relics of the war in Western Flanders in which soldiers from 5 continents and 50 countries fought. 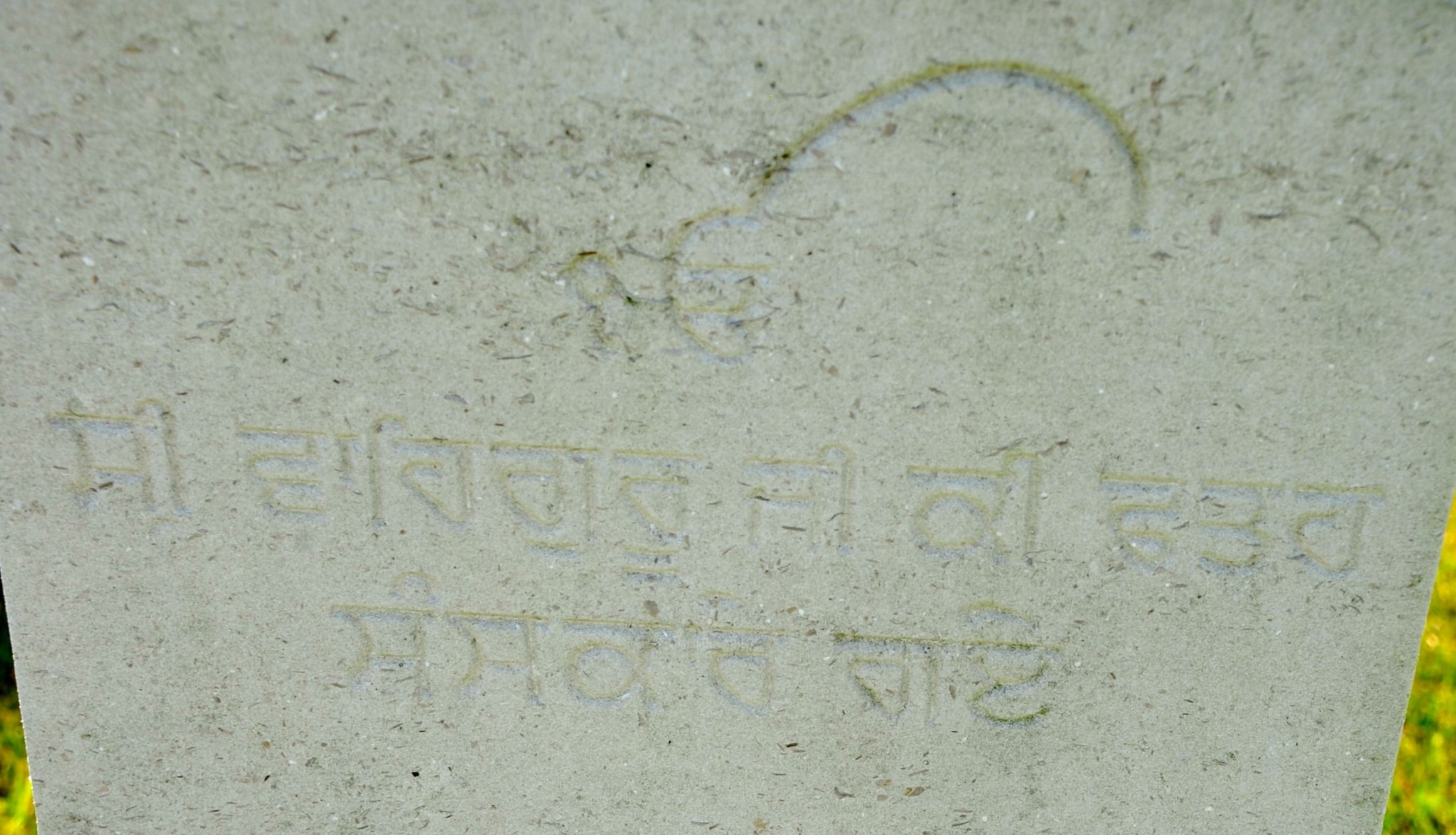 A headstone in Bedford Cemetery with an epitaph in Gurmukhi.

A rusted shaving brush stashed in a coarse brown toiletry bag. A diary page with poppy flower petals taped tidily. A military uniform with holes from a ricocheting bullet. A trench replica that repeats the horror of a battlefront. A gun silent behind a glass pane. On flat television screens, soldiers narrating the cruelty of war and hatred. A coloured photograph of Sikhs with flowers in hand paying homage to the Indian soldiers who died during the Battles of Ypres in the First World War. 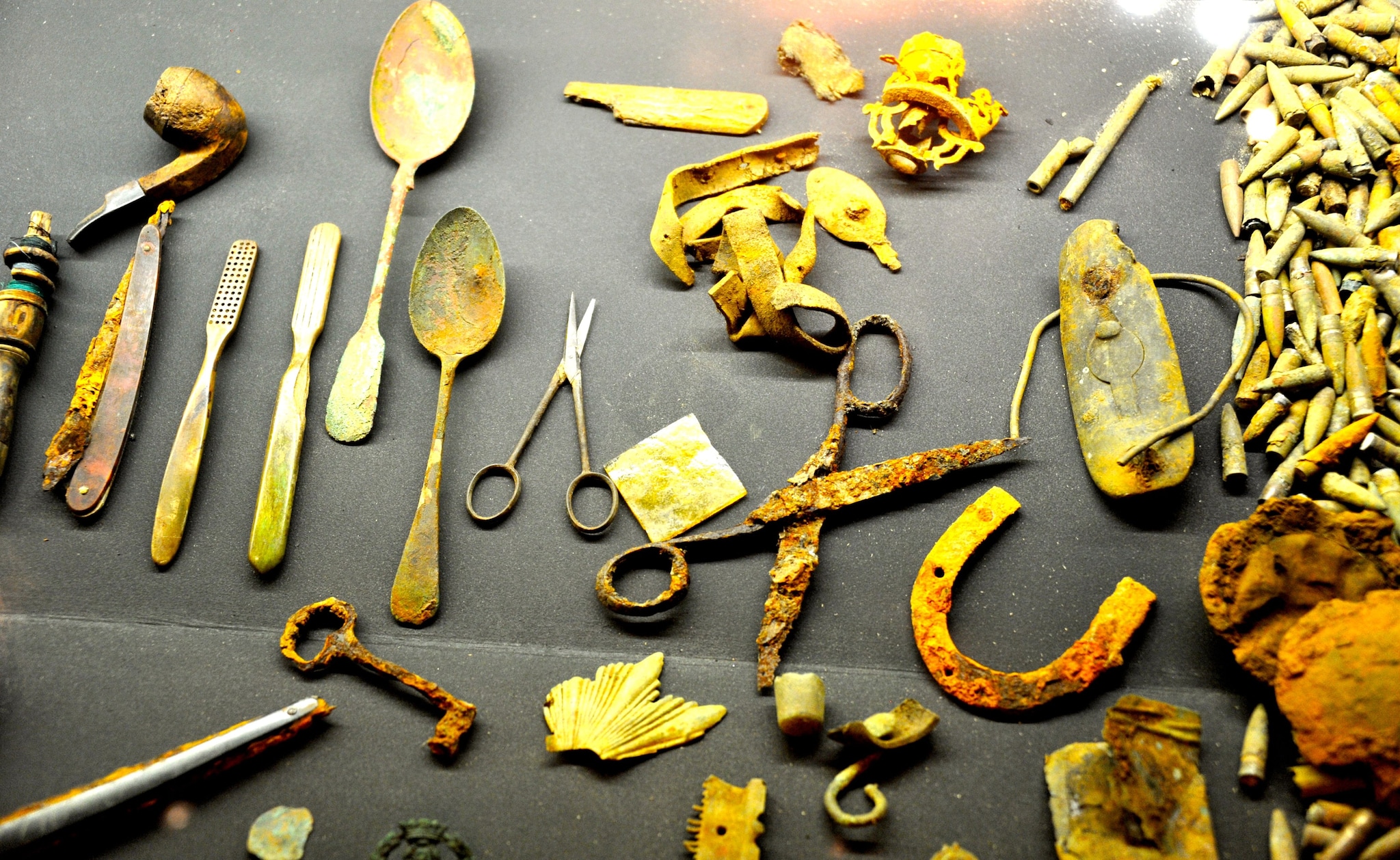 Exhibits from the battleground in Flanders Fields’ Museum.

In Flanders Fields Museum, the war is still alive. But Ypres has gracefully metamorphosed from a theatre of war to the City of Peace. A page from the diary of a WWI soldier.

Good to know: Ypres is 125 km from Brussels. You can take a train (standard ticket Euro 18, First class: Euro 27). On the train timetable, look for the Dutch spelling Ieper (not Ypres). If you are renting a car, check the latest information concerning the Low Emission Zones in certain cities.

A good idea is to combine Bruges with a day trip to Ypres (46 km). Standard Bruges-Ieper train ticket is Euro 15; First class: Euro 25. You can buy tickets online at: www.thetrainline.com.