What is Access Consciousness and Why Are Indian Women So Drawn to It?

What is Access Consciousness and Why Are Indian Women So Drawn to It? Founded by Gary M. Douglas in 1995, and later joined by co-creator Dr. Dain Heer in 2000, Access Consciousness – informally called just ‘Access’ – is a kind of new-age thought movement originating in the US, the aim of which is “to create a world of consciousness and oneness, where everything exists and nothing is judged”.

Tvesha Jainn was 14 years old when she first heard of Access Consciousness. The stresses of ninth grade led the DPS RK Puram, Delhi, student to sign up for an Access Bars basic class along with her mother, a Feng Shui consultant, who had come across the new-age philosophy in a magazine article.

Founded by Gary M. Douglas in 1995, and later joined by co-creator Dr. Dain Heer in 2000, Access Consciousness – informally called just ‘Access’ – is a kind of new-age thought movement originating in the US, the aim of which is “to create a world of consciousness and oneness, where everything exists and nothing is judged”.
Part of the process is Access Bars (or just ‘Bars’), a kind of non-invasive energy healing modality that uses a set of 32 points on the head which, when lightly touched, are said to “stimulate positive change in the brain, release physical and mental blocks stored in the body, and help facilitate greater ease in all different areas of life,” according to the founders. 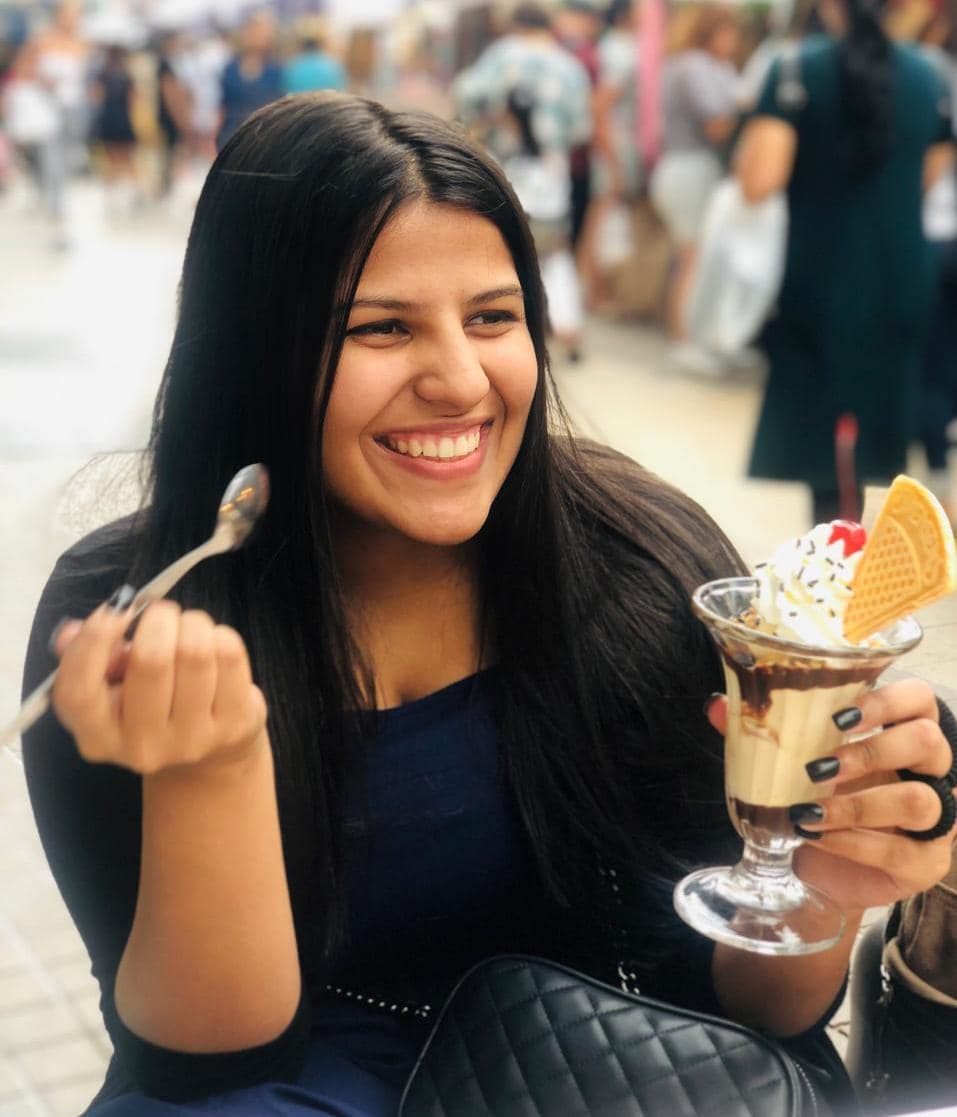 Tvesha Jainn
“It helped me a lot. It made me a happier kid,” says Tvesha, who is now 20 years old and is studying economics at Miranda House. Mother and daughter would ‘run Bars’ for each other and for Tvesha’s older sister at home, and also signed up for level one of Access Consciousness, which introduced them to a new philosophy: to live without judgement and to be open to possibilities.
“It still remains a major influence on my decision-making process,” says the Delhi University student. “It’s not about choosing between what’s wrong or right in the moral sense, or weighing pros and cons, but about going with what feels ‘light’. That is what is right for me.”
In less than a decade, Access Consciousness has taken a firm root among a certain section of urban society across India, from Chandigarh to Bengaluru. Pitched as a self-development tool, it has especially found a strong, dedicated following amongst women, who have not only been using it for their own personal growth but also as a business opportunity: those who complete the required number of courses can conduct Access classes for groups or run Bars for individuals who need healing.
According to its founders, it is now practised in 173 countries by more than 10,000 trained facilitators. Though only a fraction of those are in India, the numbers are growing rapidly, mostly women. Dr Dain Heer
What attracts Indian women to this form of self-development? Watching the dashing, charismatic co-founder Dr Dain Heer in action addressing a crowd of hundreds of women at the Lalit Hotel in Delhi gives some clues. Besides his captivating stage presence and roguish smile, the American speaks without a script for several hours, interacting with the audience and making up ‘clearings’ (tools used by Access practitioners to challenge ingrained beliefs) as he goes along.
He even pokes fun at Indian women themselves, using anecdotes from his own experiences to chide their controlling tendencies, sending his listeners into embarrassed chuckles. No one seems to mind: he’s certainly good-looking and charming enough to get away with it.
“I don’t know why women love this philosophy,” laughs Neera Suri, a dance therapist from Delhi, who is amongst the audience. “But perhaps because we’ve been more suppressed then men, we find this process very liberating,” she proposes.
A mathematician, psychologist and Kathak dancer, Neera was deeply influenced by the Access book 10 Keys to Freedom by Gary Douglas and Dain Heer, and took it up as a way of life and a coaching device a few years ago. “It makes me feel empowered. I feel like I can change anything in my life,” says the 65-year-old grandmother. Neera Suri
Even the prohibitive price points of the various workshops – starting from Rs 15,000 for a day-long class, with refresher courses required every year – didn’t deter her. To maintain their license, Bars facilitators must also take a four-day Foundation class within two years of their first Bars class. “Earlier, money used to be a concern. Now I understand that money is just energy,” Neera says, adding that “new things” are added to the course each time so it is like upgrading and refreshing one’s own knowledge.
According to Dain, the organisation takes no commission from bars facilitators for the classes they teach once they have their certifications in place. “The income they generate is all theirs. After two years, most bars facilitators are easily able to pay for their Foundation class from the classes they have facilitated,” he says.
He further explains that Access is not a charity or foundation, nor is it a religious or spiritual organisation. “Access is a business,” he says. “We just happen to be in the business of self- improvement. And like any business, people are free to consume the product or not, as it works for them. They all have choice.”
The idea is Benevolent Capitalism, Dain says, which means “doing good for all.”  “In India, and other countries, we charge 35 percent less for classes than what is charged usually, as a way of making it accessible to more people. It’s the lowest amount we can charge in India and still maintain a sustainable business,” he says. “We also have literally thousands of free videos on line with tools and tips from various Access facilitators as a way of contributing to those who have less money.” 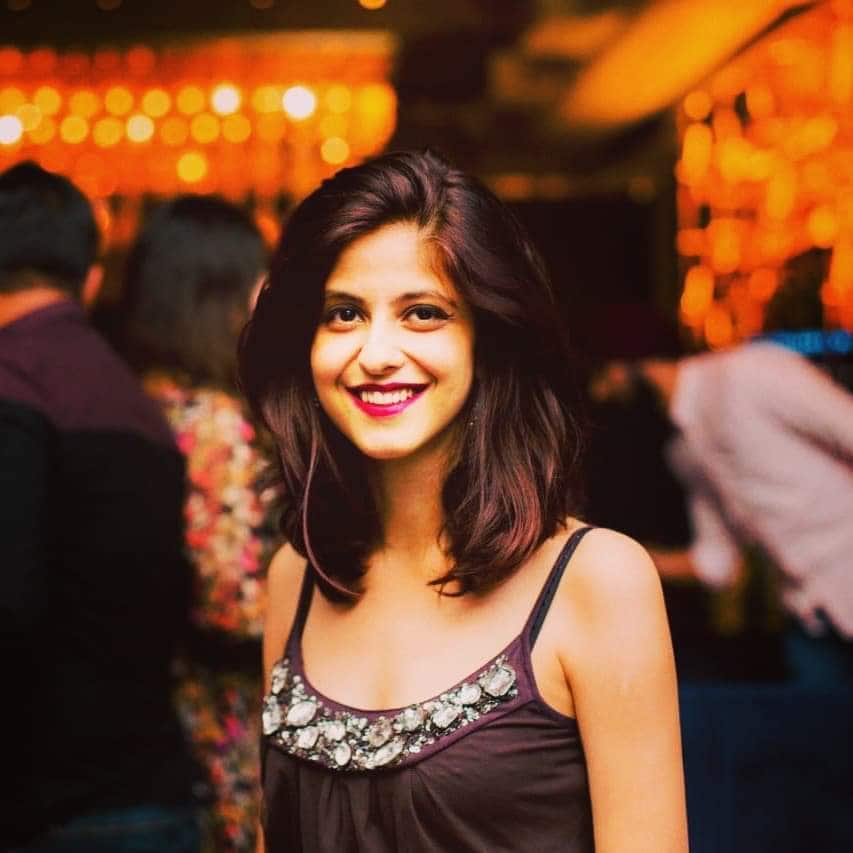 Shaira Chaudhry
Shaira Chaudhry, who frequently ‘swaps Bars’ with Neera, shares her own take, “Yes, the certifications and re-certifications can be expensive but what I have personally gained from it in terms of my own self-growth, being able to handle life situations, gaining more self-awareness – and even having the courage to kickstart a journey in entrepreneurship – is greater than any return-on-investment that might reflect in my bank account. And for that, I’m beyond grateful.”
Shaira, an alumnus of Soka University of America with a degree in social and behavioural sciences, came across Access four years ago and uses it along with various other self-growth modalities such as Reiki, Neuro Linguistic Programming (NLP) and Louise Hay’s ‘Heal Your Life’. Besides individual sessions, she conducts courses and group meditation sessions across NCR.
Like Dain, Shaira too is wary of comparing Access to spirituality or religion. “Access is a very behavioural technique, just like NLP. Yes, it entails energy work in the form of body processes but there’s nothing spiritual about it,” she says, adding, “I think there is a thin line between consciousness, spirituality and religion.”
In fact, she adds, most Indians are religiously inclined, and Access is not a modality that will resonate with everyone. “Its views can come across as radical and unfathomable to many people. What I love about it though, is that it doesn’t attempt ‘proselytism’ and really does believe in the idea ‘to each their own’.”
Tulika Singh, India Coordinator for Access Consciousness, is equally unconcerned about ‘converting the sceptics’. “Fighting to make yourself heard is not what energy healers do. You just sow the seed and let it nurture,” says the Dubai-based advertising professional. She had come across Access a few years ago at a point when she was struggling in her career and had chronic cervical pain and headaches. It cost her all her savings to attend the workshop. 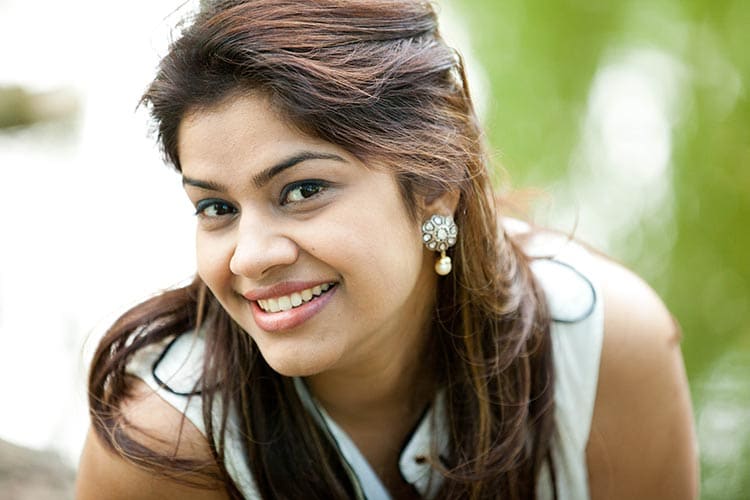 Tulika Singh
“I somehow knew that my life wouldn’t change if I didn’t do that.” On the last day of the workshop, her headaches disappeared. “I couldn’t believe it. I didn’t need daily medication anymore!” she recalls excitedly.
A Bars session usually lasts for 60 to 90 minutes and is a process you can undertake as a one-off, monthly, weekly or daily experience. “It is currently used in prisons, businesses and schools around the world to facilitate greater health and wellbeing,” say Access India representatives, also referencing a study by Dr. Terrie Hope published in the Journal of Energy Psychology: Theory, Research, and Treatment in November 2017.
The study found that a 90-minute Bars session Bars reduced the severity of anxiety symptoms by 84.7 percent on average, and the severity of depression symptoms by 82.7 percent.
Earlier research in 2015 by neuroscientist Dr. Jeffrey Fannin with 60 participants had found that running Bars had a positive neurological effect on recipients similar to those experienced by advanced meditators – and it produced these results immediately.
Whether you speak to the facilitators or go through the writings of the founders, however, all aver that the greatest benefit of Access lies not in the physical, measurable and visible realms but in those to do with psychology and self-growth. “Access helps you move away from a polarised way of thinking,” says Tulika. “It takes you away from the negative ‘Oh my god, why me’ thinking when a problem strikes. Instead, you begin to live in the question: Can I change it? How can I change it?” Changing your approach to life, she says, has the potential to change your entire life around.
A placebo effect, perhaps, one is tempted to ask. “What’s wrong with placebos?” Tulika asks back. “If they can cure my health issues, change my financial situation, heal my relationships and make me a happier person, I say, bring them on.”
First published in eShe magazine. Lead image: Shaira Chaudhry at eShe’s Shine Your Light
Check out our in-depth Market Coverage, Business News & get real-time Stock Market Updates on CNBC-TV18. Also, Watch our channels CNBC-TV18, CNBC Awaaz and CNBC Bajar Live on-the-go!