We are living in the age of the chicken

We are living in the age of the chicken 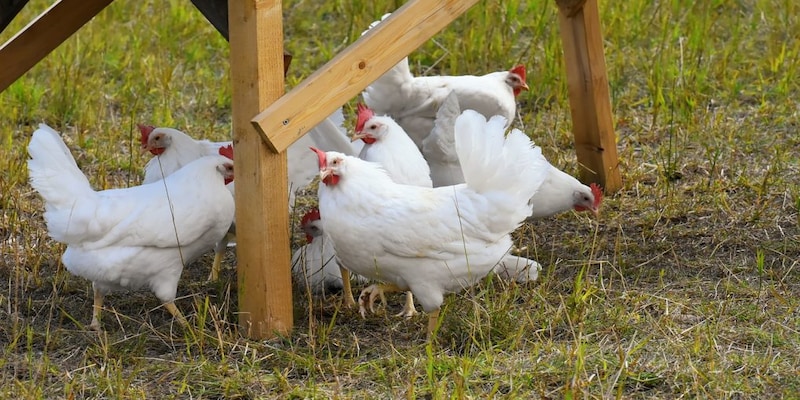 The chicken is a mainstay of all cuisines, even fusion cuisine makes its introduction to new clients with the non-offensive chicken.

In India, the chances that your last non-vegetarian meal was a chicken, is quite high. The chicken breast, thigh and drumstick is the most ordered meat dish, and it is not just us. The entire world is consuming way too much chicken. This is not a happy chicken that pecked on worms or wild grains, but a force-fed, farm-bred, factory-cut chicken.

So if we are what we eat, we are all part broiler chicken. The Royal Society Open Science journal says our time on earth will be marked by leftover chicken bones. There are about 23 billion chickens on Earth at any given time, so technically, we are living in the age of the chicken.
The journal states “Modern broiler chickens are morphologically, genetically and isotopically distinct from domestic chickens prior to the mid-twentieth century. The global range of modern broilers and biomass dominance over all other bird species is a product of human intervention. As such, broiler chickens vividly symbolise the transformation of the biosphere to fit evolving human consumption patterns, and show clear potential to be a biostratigraphic marker species of the Anthropocene.”
If you think this is an exaggeration, look back at all the times you craved meat, and ate chicken. In our country, pork is limited to the north-eastern states, some parts of Kerala, Karnataka and Goa. Beef is out of the question, entirely. No one wants to take on that food group by its horns, not in our country. Then you have mutton. But the goat seems like a lot of effort for a quick meat fix.
Even cooking goat meat or mutton takes a while, you can not have an instant mutton dish, cooking the meat, tenderising it takes a long, long time. So the goats are mostly left to graze, till Bakrid is around the corner.
The chicken is a mainstay of all cuisines, even fusion cuisine makes its introduction to new clients with the non-offensive chicken. And the best part about chicken in our motherland is that it can be quickly turned vegetarian, by replacing it with paneer. A swift fix for any fast food restaurant. Chicken is great! Chicken to the rescue!
So how do we feel living in the age of the chicken? Does it matter? If you take the environment and your moral compass into question, the answer is simple. It is a disaster. Mass produced meat, the broiler chicken is being farmed on every part of the planet. It is fed on a diet of grains and supplements, the modern broiler can't survive without humans.
We use a lot of land and resources to feed, breed, chop and transport the bird. Unlike the older times, when an entire chicken would be bought and then chopped, today the chicken is purchased in parts. The chicken has morphed in its nature, it is not a bird with a unique identity anymore. The variety we farm is a morphed version of the original jungle fowl. We changed the chicken, and it has changed us. Even if we stop eating too much chicken, the bird has already made its mark in our history.
Sharon Fernandes is a journalist based in Delhi.
Check out our in-depth Market Coverage, Business News & get real-time Stock Market Updates on CNBC-TV18. Also, Watch our channels CNBC-TV18, CNBC Awaaz and CNBC Bajar Live on-the-go!