Updated : August 18, 2020 04:32 PM IST
Over the past few years, we have seen an increase in visitors from India to Scotland, some are already fans of whisky when they arrive, and many more depart having developed a love of our national drink which they keep with them forever.
Scotland has long been a desirable destination for travellers seeking to really understand and develop an in-depth appreciation of the flavours of Scotch Whisky. 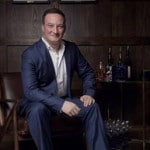 Scotland is my home—I was born here and (apart from a four-year dalliance with New York) have spent my life living here. It is a place that I love with a passion for many reasons, one of which is Scotch Whisky, because Scotland is also the home of Scotch Whisky. The world’s favourite whisky was born here over five hundred years ago and has been made the same way, in distilleries the length and breadth of our land, ever since. It is an intrinsic part of Scottish life—Scotch is woven into the fabric of Scotland, a rich and colourful thread in the nation’s past, its present and its future.

The footprint of Scotch Whisky stretches across our small nation of just 5 million people—from the wild and romantic west coast, through the whisky heartland of Speyside to the vibrant urban centres of the south. It gives every person in Scotland a huge sense of pride that the whisky we make is enjoyed in bars, clubs, restaurants and homes from Buenos Aires to Bangkok and from Miami to Mumbai.

Few nations on earth are as suited to making great whisky as Scotland. We have a mild climate, coupled with considerable annual rainfall levels which make a suntan impossible but provide the perfect conditions for distilling and maturing whisky. Even within Scotland, we have legally recognised whisky-producing regions, just as the French do for wine. For example, to the south, we have the Lowlands, known for a delicate and gentle style of whisky. Speyside (to the northeast) is loved for the light and often fruity style of whisky made there. The large Highland region is known for a broader range of flavours—from rich fruity whiskies through to spicier ones with a touch of smoke. Crossing to the Island of Islay we then tend to find intense spice, smoke and maritime flavours. A great Blended Scotch Whisky such as Johnnie Walker Black Label will combine all four corners of Scotland, with each of the regions complementing each other beautifully and in balanced harmony to give the drinker the perfect taste of Scotland in a glass. However, it can be interesting to also try each of these regions in their own right. A Single Malt from each region will certainly provide an example of a whisky from that region, but until recently it was hard to find a whisky that gave a brilliant representation of each region as a whole—with the recent launch of Johnnie Walker Black Label Origins that has changed.

This new collection of four, 12-year-old Blended Scotch whiskies includes incredible Single Malts from some of the world’s most famous Scottish distilleries and celebrates each of the distinct flavour profiles of the four corners of Scotland. Whisky has been created to showcase each of the regions previously mentioned, with each one only using whiskies from that specific region to capture the primary flavour characteristics of that area, giving whisky fans the opportunity to discover and explore the wide array of flavours Scotland has to offer.

Scotland has long been a desirable destination for travellers seeking to really understand and develop an in-depth appreciation of the flavours of Scotch Whisky. Many distilleries have exciting brand homes and visitor experiences where guests can not only see whisky being made and meet the people who make it (many of whom have been making whisky for generations) but also try a taste or two of the whisky being made there. In addition to these attractions, Johnnie Walker will soon be opening the ultimate Scotch Whisky experience in Scotland’s capital city. Johnnie Walker Princes Street in central Edinburgh will bring to life the story of the brand and its makers, creating a unique welcome for millions from around the world.

Over the past few years, we have seen an increase in visitors from India to Scotland, some are already fans of whisky when they arrive, and many more depart having developed a love of our national drink which they keep with them forever. It’s fortunate for them that Johnnie Walker can also be found in all good bars and restaurants in India, as well as back here in Scotland. Many of these guests are surprised to see people in Scotland enjoying their whisky in a variety of ways, from neat or on the rocks right through to in a mixed drink or cocktail. Ask anyone in Scotland the best way to enjoy a whisky, and they’ll tell you that as long as it’s making you smile then you’re already doing it right.