‘Us’ Movie Review: Jordan Peele holds up the mirror and makes you think

Updated : March 30, 2019 07:37 AM IST
As is the case with Get Out, Us is full of laughs. Through the first half, Peele ensures that if you’re getting a good dose of horror, you get humour in equal measure.
However, you can’t help but feel that a lot of it is contrived — like an obligation to add a layer of dark comedy to an otherwise tense scene. Theatre laughed, though. Mission accomplished, I guess.

There’s something about Jordan Peele and his films that re-defines the way you consume a horror flick. I use the word ‘consume’ and not ‘watch’, because the experience is wholesome. Those who watched Get Out (2017) are now familiar with this brand of horror. Perhaps it’s the eeriness, a feeling of general unease, or a setting that makes you ask yourself difficult questions. There are no chills, but there’s general discomfiture. That is Peele’s brand of horror, which finds pride of place in Us.

The film opens with a young Adelaide (whose adult avatar is played by Oscar-winner Lupita Nyong’O) who loses her way while visiting a Santa Cruz amusement park with her parents, in 1986. When Adelaide makes her way into a house of mirrors attraction, she meets her creepy doppelganger. Cut to the present day, and Adelaide is an adult, married to Gabe (Winston Duke), and a mother of two, off on a weekend getaway to Santa Cruz. Even as Adelaide is haunted by memories of the evening she lost her way, her family is faced with her worst nightmare, and runs into their respective doppelgangers. Each member of the family needs to fight to stay alive, outwit their evil doppelganger, and make sense of what is going on.

As is the case with Get Out, Us is full of laughs. Through the first half, Peele ensures that if you’re getting a good dose of horror, you get humour in equal measure. However, you can’t help but feel that a lot of it is contrived — like an obligation to add a layer of dark comedy to an otherwise tense scene. Theatre laughed, though. Mission accomplished, I guess.

There are multiple narrative elements through the course of the film that could have been explored further. For instance, why does the Bible verse Jeremiah 11:11 keep popping up at different points in the film? You need to figure that one out on your own. And what’s with the rabbits? I’m not suggesting that the symbolism in Us is misplaced, but just that a lot of it requires you to do go back home and do your research. But that’s Peele, for you.

Let me say it at the outset: Us is a good horror flick. The very sight of Adelaide’s doppelganger, Red, is enough to send chills up your spine. The same must be said for the other doppelgangers — creepy, psychotic and downright scary. Each actor deserves full marks for essaying a regular human being, and reprising their role as an evil version of their regular characters. You spend a great deal wondering why humans in Us are being attacked by their evil clones. That lets you strike a chord of empathy with the protagonists — Adelaide, Gabe and their children Zora and Jason. You don’t know why you’re being pursued by dark, psychotic versions of yourself, but you know that you must survive. A great deal of credit for this must go to Nyong’O, whose unbelievably commendable acting already has pundits predicting another Oscar nomination.

The film’s cinematography is worthy of mention. Its climax features sequences that have been shot and choreographed to perfection, with a setting that was ever so slightly reminiscent of the final scene in 2001: A Space Odyssey. Another characteristic feature that heightens the experience is Peele’s choice of music. It comes as no surprise that Michael Abels, who wrote music for Get Out, has collaborated with the director for Us.

Perhaps the biggest draw of Us is the last 20 minutes, when you finally get to know why the doppelgangers are all out to get back at their human counterparts. And it’s here that Peele’s great cinematic strength comes to the fore — theme. 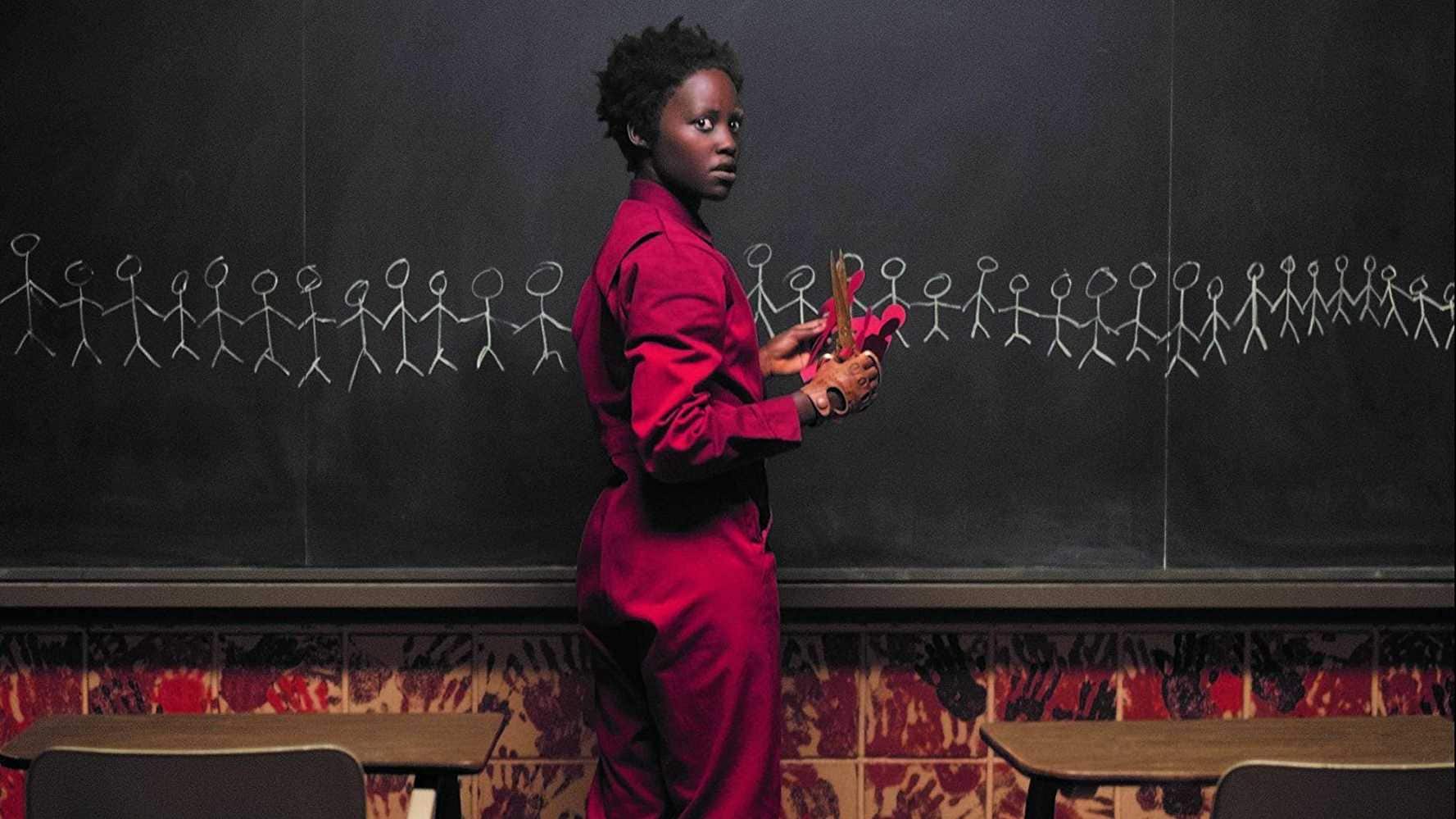 When you finally get it, you begin to realize why Us is a critical narrative of the American life — the duality of the United States, the existence of a subterranean, impoverished America that doesn’t make it to pop culture or mass media. Just like American Beauty attempts to blow the cover off idyllic suburban life, Jordan Peele tries telling his audience through Us that everything about America isn’t what meets the eye. Watch Us for the hype, Nyong’O’s acting and just the fact that it’s a Jordan Peele film that makes you think.
Tags ‘Us’ Movie Review Jordan Peele unwind