Trinidad turns 57 today: Here are the 10 must do's in the Caribbean country

Trinidad turns 57 today: Here are the 10 must-do's in the Caribbean country

Exactly 57 years ago, Trinidad and Tobago shed the shackles of British rule and became independent.

August 31. Exactly 57 years ago, Trinidad and Tobago shed the shackles of British rule and became independent. More than 14,000 kilometres lay between my home in Goa and Port of Spain, the capital city of T&T but I was ready to fly endlessly to see a few of the world’s largest/biggest: Queen’s Park Savannah, the world’s largest traffic roundabout; the world’s second largest leatherback turtle nesting site; the world’s largest piece of brain coral; the world’s largest asphalt deposit; and to play the only musical instrument invented in the 20th century.

Here are 10 must-dos in Trinidad and Tobago. Photo credit: Preeti Verma Lal & freeimages.com.
Visit Nobel Laureate Naipaul’s House
Nobel Laureate VS Naipaul spent his childhood in Port of Spain before leaving for Oxford in 1950. The white house which was once the family home of T&T Guardian writer and author Seepersad Naipaul and wife Dropatie (Naipaul’s parents) still stands in the capital’s St James’ neighbourhood.
Go liming
In T&T, if someone asks you whether you want to go liming, do not think of green limes or white lime. Throughout the Caribbean, liming is a synonym for a gathering or to hang out. Put simply, liming is partying in T&T.
Learn slangs
CNN ranked Trinidadian accent as the world’s 10th sexiest accent. It might be hard to acquire that, harder still is understanding the slangs. Bess (sexy), hadda (have to), wuh yuh (what are you?), cunumunu (a stupid person), Wam (what happened?). Yuh grease yuh waistline? is an individual’s hips moving so fluidly as if they were oiled. Buss-up shut (busted-up shirt) is actually a roti that resembles a tattered and torn-up shirt. 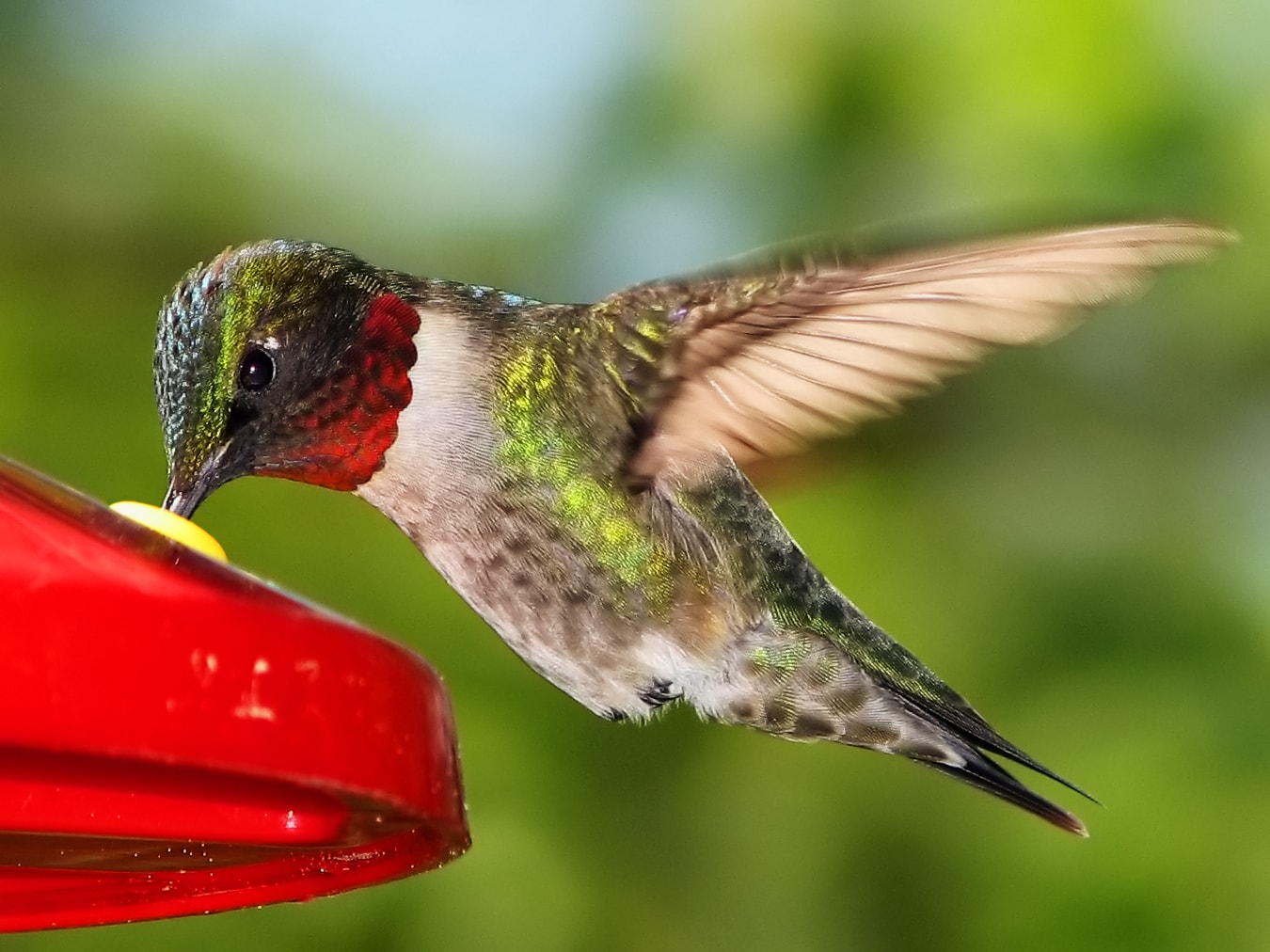 Yerette Humming bird sanctuary
The earliest island settlers were Amerindians who named it lene, the Land of the Hummingbirds. They considered the hummingbird holy and anyone who killed the bird was assured a place in hell. In Yerette Hummingbird Sanctuary (Maracas Valley), hundreds of hummingbirds flit in and out sipping nectar from the red feeders in Theo and Gloria Ferguson’s plush home. Of the 17 species of hummingbirds, at least 13 can be found in Yerette.
Listen to steel pan
Many decades ago, someone in T&T picked a 55-gallon metal chemical container and hit the first musical note. Soon, the hearts of the discarded gallons were beaten hollow to create music with rubber-tipped straight sticks. Today, the country is synonymous with steel-panning, the only musical instrument to have been invented in the 20th century. Another musical genre born in Trinidad is Chutney Soca, a form of music that combines English, Hindi, Hinglish, Bhojpuri to create an unusual melody and lyrics, a combo of calypso with Indian musical instruments. Eat doubles
Ask any Bihari and he will tell you his love for the dal-puri (roti stuffed with spiced split peas and deep fried). In Trinidad, the Bihari dal-puri metamorphosed into dhal-puri. Doubles, a common Trini breakfast, is a fatter cousin of the traditional dal-puri - spiced chana (split peas) served between two puris (deep fried rotis). Locals give the ‘doubles’ name a single story -- a customer once ordered two sets of the dal-puri and randomly called it ‘doubles’. The name stuck. Get historical
Formerly called La Vigie, Fort George was built in 1804 by Sir Thomas Hislop for protection against the Napoleonic fleet. Situated on hills to the North of St. James overlooking the Gulf of Paria, it offers spectacular views of Port of Spain and the sea. The Fort still has the original cannons, dungeons, artefacts and a signal station which was established in 1802.
Nylon pool
If you want to get younger in a jiffy, take a dip in Nylon Pool. Every T&T local will convince you of that. A patch of in-sea shallow coral pool that was named by Princess Margaret in 1962, Nylon Pool is known as a beauty salon where crushed coral is used as a scrub. One dip in the pool and you emerge scrubbed, gleaming and 10 years younger. Or, so the myth goes. Caroni Bird Sanctuary
Spread over 12,000 acres, Caroni Swamp is the second largest mangrove wetland in T&T and protected under the Ramsar Convention as a wetland of international importance. The central section of the acreage is designated as a wildlife sanctuary and is the home of the Scarlet Ibis, the country’s national bird. Have breakfast at Santa Cruz Green Market
On Sundays, the best breakfast is at the Green Market, barely 7 miles from Port of Spain. Most of the dishes like phulouri (fritters made of ground gram flour or wet lentil paste), dal (lentils) and curries have Indian connection that stem from the fact that between 1845 and 1917, 143,939 Indians sailed to Trinidad to work at sugar plantations. They brought their food that much later assimilated into the Caribbean cuisine.
Preeti Verma Lal is a Goa-based freelance writer/photographer.
Read her columns here.
Check out our in-depth Market Coverage, Business News & get real-time Stock Market Updates on CNBC-TV18. Also, Watch our channels CNBC-TV18, CNBC Awaaz and CNBC Bajar Live on-the-go!