Three of the four Indian entries -- Jallikattu by Lijo Jose Pellissery, The Sky is Pink by Shonali Bose and The Elder One by Geetu Mohandas -- at TIFF this year are world premieres.

Love in the streets of Mumbai, a cattle running amok in a remote Kerala village, a teenager from Lakshadweep searching for his long lost brother and a girl afflicted with immune deficiency finding strength in her parents' relationship. There are four films from India this year at the 44th Toronto International Film Festival (TIFF) beginning on September 5. Each of them tells a different story, but together they mirror the hopes of a society and carry Indian cinema to the global stage.

Three of the four Indian entries -- Jallikattu by Lijo Jose Pellissery, The Sky is Pink by Shonali Bose and The Elder One by Geetu Mohandas -- at TIFF this year are world premieres. The other, Bombay Rose by Gitanjali Rao will travel to Toronto for its North American premiere after having opened the Venice sidebar Critics' Week earlier this week. It will be the first time two Malayalam movies -- Jallikattu and The Elder One -- will be on the Toronto programme in the same year. And only the second time an Indian animated feature will be part of TIFF. The last Indian animated feature in Toronto was The World of Goopi and Bagha by Shilpa Ranade in 2013 in the TIFF Kids section. Malayalam director Lijo Jose Pellissery's new film 'Jallikattu' deals with the human penchant for violence.
Pellissery, who was introduced to the rest of Kerala following the huge success of his fifth film, Angamali Diaries (2017), is having a dream run. He followed up the theatrical success of Angamali Diaries with international acclaim at the International Film Festival of India in Goa last year, winning the Silver Peacock for Best Director for his sixth venture, Ee. Ma. Yau. In Jallikattu, his newest movie, Pellissery returns to his dissection of the society's penchant for violence, like in Angamali Diaries. Jallikattu will be screened in the Contemporary World Cinema section of the Toronto festival.
"Combining wild propulsiveness with breathtaking formal precision, Pellissery's latest is a bracing parable about humanity's capacity for savagery," says TIFF's joint head and artistic director Cameron Bailey. Based on the short story, Maoist by Malayalam writer S Hareesh, the film is about a butcher's buffalo that breaks free and runs amok, destroying shops and crops before vanishing into the surrounding woods. Various men from in and around the village assemble to hunt the animal down, forming teams based on old allegiances and grudges. "Pellissery and his collaborators have composed an apocalyptic cinematic symphony in which our moral and social fabrics are revealed as threadbare. There are dark desires underneath, and we are vulnerable to the ungovernable vagaries of nature," adds Bailey. 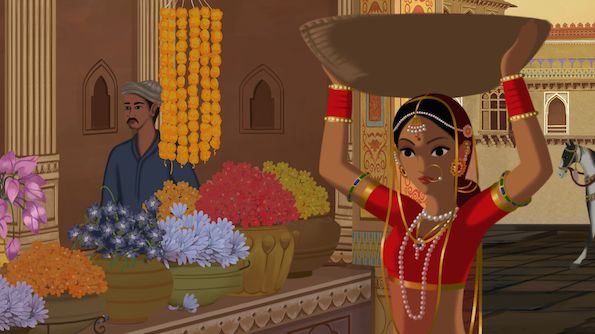 'Bombay Rose' by Gitanjali Rao is an animated feature film about love in the streets of Mumbai.
There is more love in Rao's Bombay Rose, part of the Contemporary World Cinema section of TIFF. The Mumbai-based actor-director sets the streets of her city for a melange of love stories: love between a Hindu girl and a Muslim boy. Love between two women. Love of an entire city for its Bollywood stars. "Life for most street dwellers in Mumbai is a day-to-day struggle for survival," says Rao, who acted in his Shoojit Sircar's 2018 film October. "Steeped in deprivation, homelessness and lacking basic human rights, people escape to the cinemas to forget reality. Bollywood, for a few hours, offers this fantasy. But when the same fantasy begins to influence and substitute reality, the balance is lost," she adds. Painted frame by frame, Bombay Rose relies on true events to tell the stories of the city's fringe dwellers. Shot in Lakshadweep and Mumbai, 'The Elder One' by Malayalam filmmaker Geetu Mohandas is the story of a boy in search of his elder brother.
The Elder One, the second feature film of the Kochi-based Mohandas, is about a boy, Mulla, leaving his home to look for his brother, Akbar, who had left home years before. Shot in Lakshadweep and Mumbai, The Elder One has several non-actors the director discovered in Lakhadweep. "The idea for a film on two brothers came to me after I had completed Liar's Dice," says Mohandas. Liar's Dice, which was in Hindi and starring Nawazuddin Siddiqui and Geetanjali Thapa, competed at the Sundance film festival in 2014 before becoming India's entry to the Oscars the next year.
"Alternating between scenes of bracing violence and heartbreaking tenderness, The Elder One is an epic story of familial bonds and underworld misadventure, infused with urgent questions regarding gender, sexuality, and tolerance," says Bailey. Independent director-producer Anurag Kashyap is a co-producer of the film, which will be screened in the Special Presentation programme of the Toronto festival. 'The Sky is Pink' by Shonali Bose stars Priyanka Chopra, Farhan Akhtar and Zaira Wasim.
Bose, who has screened both her previous films -- Amu (2005) and Maragarita, with a Straw (2014) -- at TIFF before returns this year with The Sky is Pink, starring Priyanka Chopra, Farhan Akhtar and Zaira Wasim. Twenty-five years in the relationship of a mother (Priyanka Chopra) and father (Farhan Akhtar) is told from the perspective of their recently deceased teenage daughter. Wasim, who recently announced she was quitting acting, plays the teenage daughter suffering immune deficiency. Bose won the NETPAC Award for the Best Asian Cinema in 2014 for Margarita, with a Straw, the story of a girl (Kalki Koechlin) suffering cerebral palsy. The Sky is Pink, which is in Hindi, will have its world premiere in the Gala section of the festival. 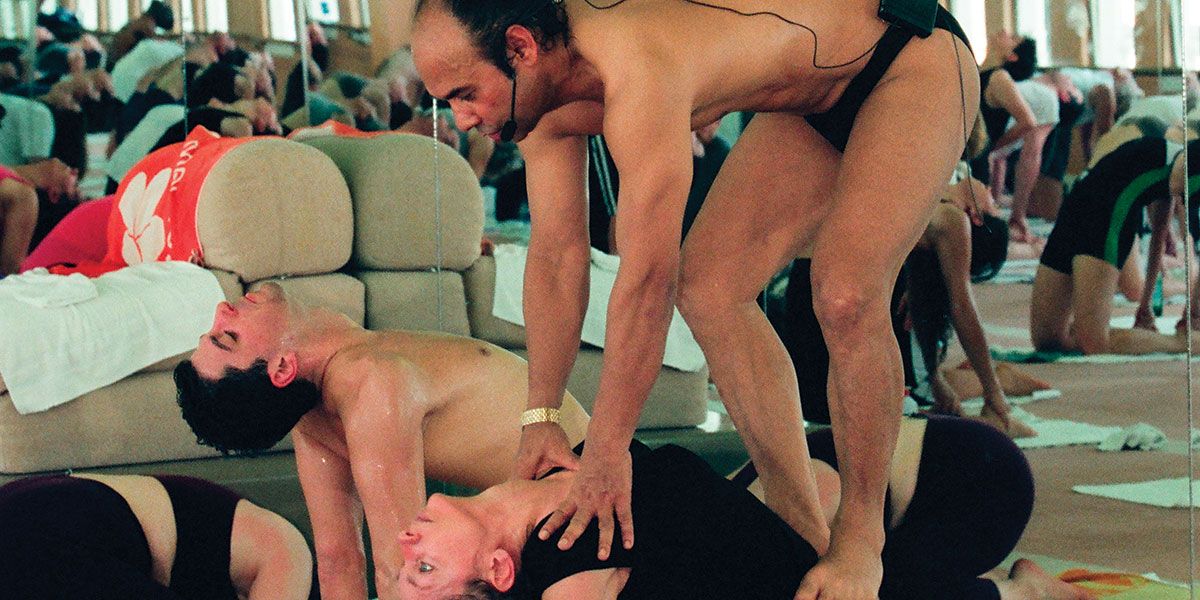 A new documentary on Indian yoga guru Bikram Choudhary, 'Bikram: Yogi, Guru, Predator' by Australian-born Eva Orner will premiere at the Toronto festival.
The Toronto film festival, which opens on September 5 with the Canadian documentary Once Were Brothers: Robbie Robertson and The Band on the life of Ontario musician Robbie Robertson and his famous music group, The Band, will also premiere another documentary, on Indian yoga guru Bikram Choudhary. Directed by Australian-born filmmaker Eva Orner, Bikram: Yogi, Guru, Predator documents the spectacular rise and scandalous fall of the hot-yoga evangelist facing rape and sexual harassment accusations. The Toronto festival will run up to September 15.
Faizal Khan curated India’s first football films festival with artist Riyas Komu at the 2011 International Film Festival of India, Goa. He was the curator of a football films programme in the Artists Cinema section of the second Kochi-Muziris Biennale in 2014.
Check out our in-depth Market Coverage, Business News & get real-time Stock Market Updates on CNBC-TV18. Also, Watch our channels CNBC-TV18, CNBC Awaaz and CNBC Bajar Live on-the-go!