This fashion photographer teaches the blind how to click brilliant images

This fashion photographer teaches the blind how to click brilliant images

The first that strikes you about Richa Maheshwari is not her stunning looks or the physical strength she casually wields while disciplining her rambunctious Golden Retriever. It is her personal power, a kind of innate leadership quality that lingers around her like perfume. It is obvious that this Gurgaon-based fashion photographer and entrepreneur has a story unlike any other.

The first that strikes you about Richa Maheshwari is not her stunning looks or the physical strength she casually wields while disciplining her rambunctious Golden Retriever. It is her personal power, a kind of innate leadership quality that lingers around her like perfume. It is obvious that this Gurgaon-based fashion photographer and entrepreneur has a story unlike any other.

Born in Kanpur, a small town in Uttar Pradesh, Richa was brought up by her father and grandmother, and always defied social norms for what girls could or couldn’t do in “typical Marwari families”. A lot of the credit for her unconventional life choices goes to her grandmother, who wanted to live out her own ambitions through Richa and her two siblings, and encouraged them to take on challenges and risks. “My grandmother passed away in 2015 but she left behind this gender equality and modern mindset in our family,” says Richa. “I am 30 years old and single, but there is no pressure on me to get married. That’s her legacy.”
An exceptional student, Richa went ahead to study fashion communication in college, and simultaneously began teaching English to ensure her own financial independence. A professor noticed her talent in photography and encouraged her to take it up as a career. Since it wasn’t a mainstream subject, Richa educated herself through copious amounts of self-driven research and multiple interactions with established photographers. She set up her own office in Surat – where she had a considerable network in the textile industry – as soon as she graduated. 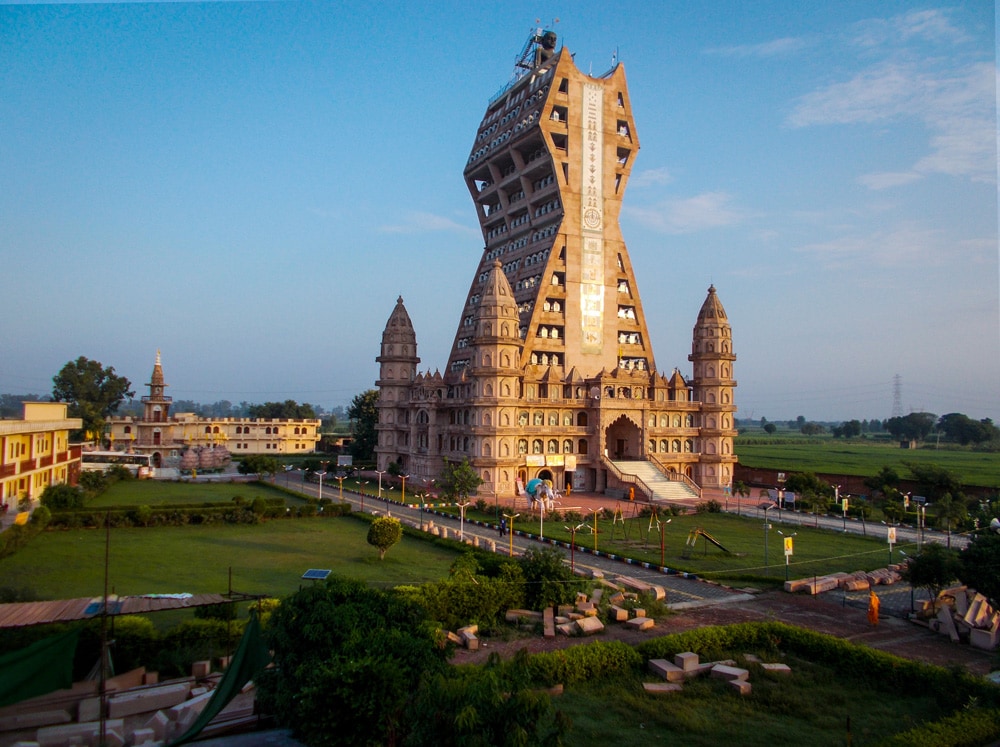 “I had taken a 12-lakh-rupee loan for my education,” she shares. “I paid it back within one year of leaving college with my own earnings.” 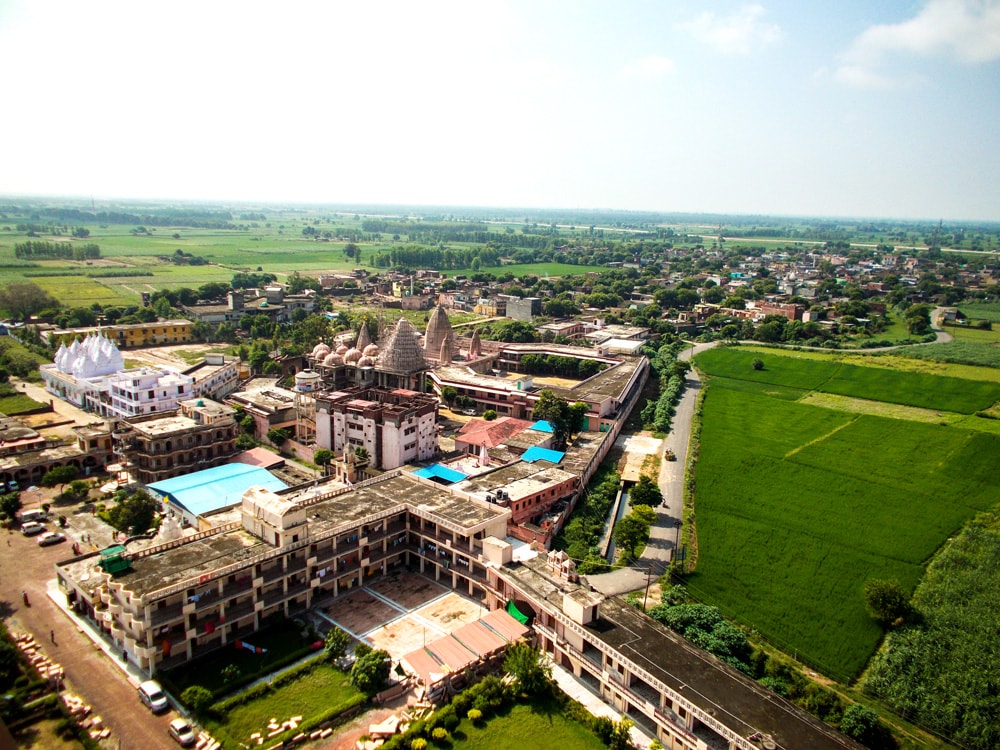 For many years, Richa straddled two cities, Delhi and Surat, taking on commercial fashion assignments for textile businesses and national apparel brands. Her list of clients now includes Amway, Oriflame, Hamdard, Kalyan Silks, J Hampstead and many more. In 2015, she moved base entirely to Delhi, and hired a team of five full-time staffers and about 20 freelancers on call for shoots. 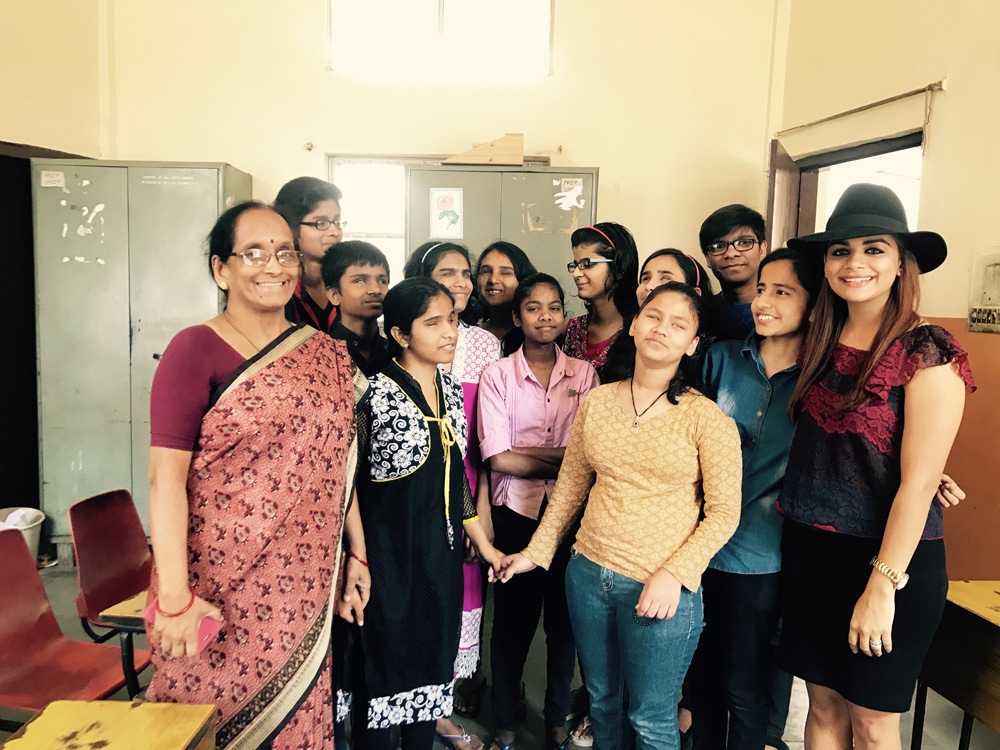 In the meantime, she gave TEDx talks, visited 42 countries as a solo woman traveller, tried all kinds of adventure sports, intrepidly fought off an armed stalker in her home, won several awards in documentary filmmaking and photography, and stood up for animal rights. She also went from weighing 72 kg in college to a super-fit 56 kg at present through sustained exercise and a vegetarian diet. And did we mention that she broke the Limca world record in the fitness category for maximum burpees in one minute (48!)?
But it wasn’t enough for Richa. She also wanted to give back to society by sharing the knowledge. So she began teaching photography to an unlikely group of students: those from the National Association for the Blind, Delhi.
“One thinks photography is a privilege of only the sighted, but the visually impaired have their own way of perceiving things,” says Richa. “They have a keen sense of distance perception, and are imaginative in their own ways.” She organised the first exhibition of their photos in October 2017, and is planning another one. Her travel plans carry on unabated: she wants to cover every country in the world in this lifetime.
A whole host of motivational posters line the walls of Richa’s studio. One of them stares at her straight across her work table: “Life’s too short to think small. Thing big, and don’t listen to people who say it can’t be done.” That may well be the motto of Richa’s life.
First published in eShe magazine
Check out our in-depth Market Coverage, Business News & get real-time Stock Market Updates on CNBC-TV18. Also, Watch our channels CNBC-TV18, CNBC Awaaz and CNBC Bajar Live on-the-go!