Taking a turn into Bandra, one sights a Rouble Nagi mural that points you in the direction of the energetic Mumbai suburb. The artist, sculptor and social activist has made her presence known in more ways than one.

At 38, petite and articulate, Rouble wears her sense of social responsibility like a coat of armour. With the Rouble Nagi Art Foundation (RNAF), she has taken art to the masses and was one of the pioneers to beautify Mumbai with her art installations. Rouble’s initiative, ‘Misaal Mumbai’, a first of its kind, is a slum-painting exercise (with a million volunteers) that holds workshops to encourage sanitation and education.

The only Indian artist to dabble in 40+ mediums, Rouble is a big part of the Indian Design Council and has participated in more than 150 exhibitions worldwide. She has to her credit over 800 murals and sculptures over 15 years of work. But what’s more interesting is how she has used her personal talent for a social cause. Her foundation works with over 2.5 lakh children conducting art workshops throughout the country, and runs 62 balwadis to promote education. They are currently painting more than 30 slums and villages across Maharashtra besides several other parts of the country. That makes it over 46,000 houses! “We take over slums and villages, and make a database of how many kids don’t go to school, including dropouts. Then we educate them,” says Rouble. “My aim is to see India 100 percent literate.”

Originally from Jammu & Kashmir, Rouble was born into an army background. Her interest in art developed when she was just four years old, and all her incessant experimenting ultimately led her to become an artist, muralist and sculptor. “The day I stop experimenting, I may as well be dead,” she says.

She credits her husband Sahil – whom she fell in love with and married at 19 – for discovering and promoting her talent. “If it wasn’t for Sahil, who sent me away to study art in London, and again for Masters at Sothebys, I would have faded into the woodwork like many young women,” recalls Rouble. 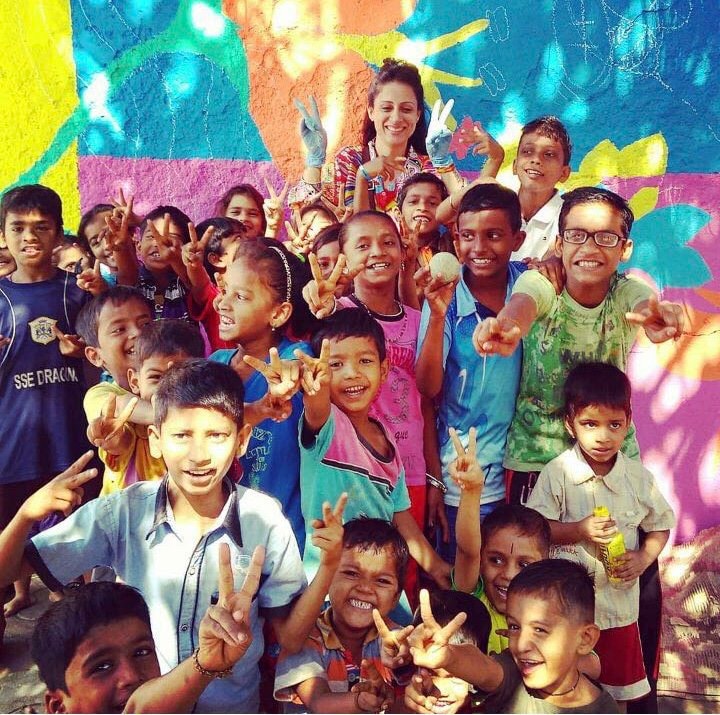 She was barely 23 years old when she walked into a hotel owner’s office with her team of eight to 10 people and was asked how she would handle the work of a whole five-star hotel on her young shoulders? Rouble retorted that it wasn’t her age that made her stand out but her talent and that she would give them something to remember. If she didn’t, then she would return all the money.

Her first exhibition in 2002 at the Taj completely sold out. “It took me one year to put 20 paintings together and even at that time my paintings started at Rs 1 lakh,” she narrates. Her last show in October 2017 was the most memorable one for her at the Rashtrapati Bhavan Museum, making her the first artist to have been invited to do so. “I get goose-bumps thinking of how magical it was,” she beams. One of her works still sits there among the greats at the request of the President of India.

And yet, success for Rouble has always been more about creating a legacy than adding money to her own bank account. “It’s about how many people’s lives I actually touch,” says the artist, adding that all her art money is donated to her foundation today. 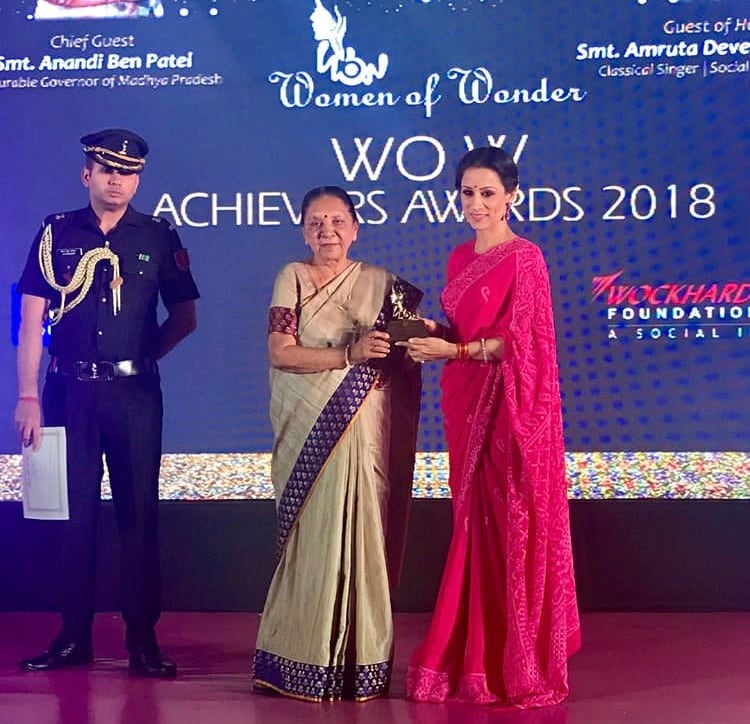 Besides her own money, RNAF has government support and CSR donors as well. She credits Madhav Chavan of the NGO Pratham for initiating her into educating children through her balwadis. “Earlier we didn’t need as many funds. Now we’ve been reaching out to people since I am taking on another 200 schools,” she explains.

Today art has taken on another meaning altogether for Rouble: “Every artist evolves. For me now, it’s all about my emotion, my life and inspirations, and my heart and soul. I use my art as a healing tool for the kids. I use it as a medium for therapy for them.”