Dr Archana Singh, the head of NSDC’s Skill Saathi programme, is on a mission to empower 10 million Indian youths.

Last October, Archana Singh found herself and her team of five committed analysts headed to LoC in Kashmir, flanked by 21 Indian Army personnel. The area they were going to was Tangdhar in Kupwara, which has a population of 85,000, and her team – who stayed in Army accommodation for five days – was targeting the youth there for career counselling.

"We didn’t know what to expect," says the 44-year-old head of India's Skill Saathi programme, executed by the National Skill Development Corporation (NSDC). It was not her first visit. After the abrogation of Article 370 in Jammu & Kashmir in August 2019, NSDC assigned Archana’s team the responsibility of working towards youth development in far-flung regions of the state, and she had headed there first as part of a 16-member delegation in September.
"It didn’t work then, but this time we found a reliable training partner who was willing to mobilise people for us. I was very confident our second mission would be successful," says the educationist, who holds a PhD in disability studies, and is working on her second doctorate. 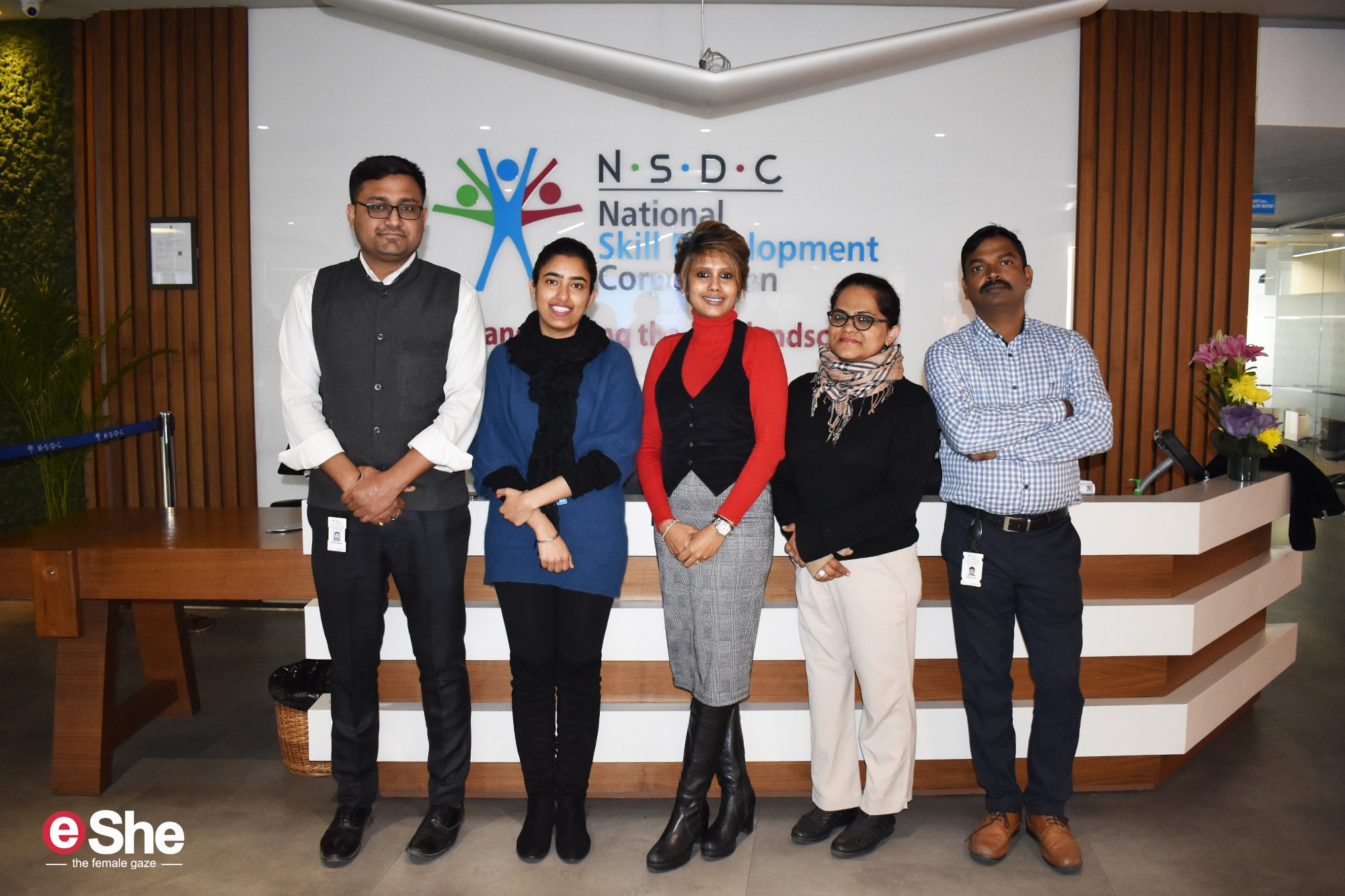 NSDC's Skill Saathi team (L-R): Chetan Agarwal, Tanya Kapoor, Archana Singh, Shalini Kapur and Utpal Kumar.
Archana’s optimism paid off. Despite threats from militants, 200 young people turned up for psychometric tests and career counselling. "We even converted a young stone-pelter, who came in, met us and then decided he wanted to be a scientist," says Archana, adding, "Most people in Kashmir just want to study, work and get on with their lives, but militants are trying to block development. In fact, the young people shared their fears us, saying, 'You will go back to Delhi but we have to live here. We will be marked out by militants.' Their very lives are at risk if they try to move ahead."
Overcoming obstacles and converting the sceptics has all been part of Archana's personal and professional journey. Born in Kolkata to a traditional, wealthy Bihari family, she had a protective childhood where girls weren't allowed to play outdoors "for fear of their skin becoming dark", and all extra-curricular activity teachers came home. "Have you seen the Salman Khan movie Ram Ratan Dhan Payo? My life was like that," she jokes.
Yet, a rebel from a young age, the firstborn Archana defied her family in more ways than one. She fell in love at the age of 16 with a Sikh boy playing cricket in the park; insisted on going to college; and worked for Rs 800 a month as a boutique salesgirl while her uniformed chauffer sat in the car outside. To appease the family, she changed her job and became a teacher ("a slightly more acceptable profession") but still went ahead and married her "sardarji" at age 23. Her in-laws skipped the wedding. Archana Singh at NSDC’s swanky headquarters in Worldmark, Aerocity, near Delhi’s international airport.
"In our family, girls were not encouraged to have a career," says Archana, "but I was lucky to have a progressive husband." Schooled in Sanawar, Jasjit Singh – who is now a professional golfer – encouraged his wife to follow her passions and have confidence in herself. The couple had a baby boy five years later, after which their families came around.
Crediting Jasjit for making her fearless ("When everyone else was telling me not to go to Kashmir, he was the only one who said, why not?"), Archana wonders how evolved our society would be if all girls were supported the same way in their education and careers. "On the contrary, there is a negative income effect in India. The more the economy grows, the more women are dropping out of the workforce. There is a belief that it’s not important for them to work if men are earning well," says the social scientist. L-R: Archana with her son Reyhanjit; with golfer husband Jasjit Singh.
Archana worked as a teacher in a reputed Delhi school and later as a disability therapist in a hospital before completing her PhD from the Faculty of Social Sciences, University of Delhi. In 2016, she joined NSDC for the Pradhan Mantri Kaushal Vikas Scheme, later moving to the Skill Saathi programme in August 2018 as part of the Modi government's Skill India campaign.
Granted a modest Rs 46 crore initially by the government of India, the Skills Career Counselling Scheme aims to counsel 1 crore candidates from the age group of 15–35 years focusing on school and college drop-outs, young adults, students, graduates, post-graduates, and the unemployed pan-India. Free counselling is conducted on a standardised module to facilitate awareness about 2000-plus career options in India, and give guidance about the available courses as per each person’s aptitude and psychometric test results.
Archana’s team has so far impacted nearly 38 lakh youths in 35 states and union territories, liaising with 600 training partners nationwide, says Utpal Kumar, an analyst with NSDC's Skill Fund. Success stories abound, and this year the team plans to focus on employability and girls’ participation. Archana at her home in Delhi.
Dynamic and energetic, Archana says her practice of Nichiren Buddhism has helped her understand her life's purpose and has given the impetus and strength to change her ingrained social conditioning and to instead pursue her mission relentlessly. "Look at me in my twenties," she says, pointing to a framed picture of her wedding on a side-table in her Delhi apartment. "The girl in the picture was trained to believe marriage was the ultimate goal for a woman. And look at me now."
Dressed fashionably, heading a national campaign to arm Indian youth for the future, asserting herself, and inspiring thousands of young women she meets and works with, Archana appears like a poster girl for women’s emancipation. “This is what happens when you empower and educate girls."
First published in eShe magazine
Check out our in-depth Market Coverage, Business News & get real-time Stock Market Updates on CNBC-TV18. Also, Watch our channels CNBC-TV18, CNBC Awaaz and CNBC Bajar Live on-the-go!