The Woman Behind India’s Human Library, Where the ‘Books’ Are People!

Fifteen years ago, a Danish journalist called Ronni Abergel founded the Human Library Organization, where instead of books, real people with real stories were given on loan to readers. It’s now an international undertaking that exists in 60 countries around the globe. A series of events – including the Indian general elections of 2014 – led to India’s very own chemical engineer Andaleeb Qureshi to do the same for Mumbai a few years ago.

Andaleeb was on a sabbatical from the corporate world when she chanced upon the idea and it immediately hit a personal chord.

“I come from a liberal Muslim background of salaried army people, simple but progressive, and I take my values very seriously. It’s very important for me to think of what drives us all of the time. Education and independence were always encouraged in my family, and my paternal grandmother called the shots having lost our mother young,” she narrates. 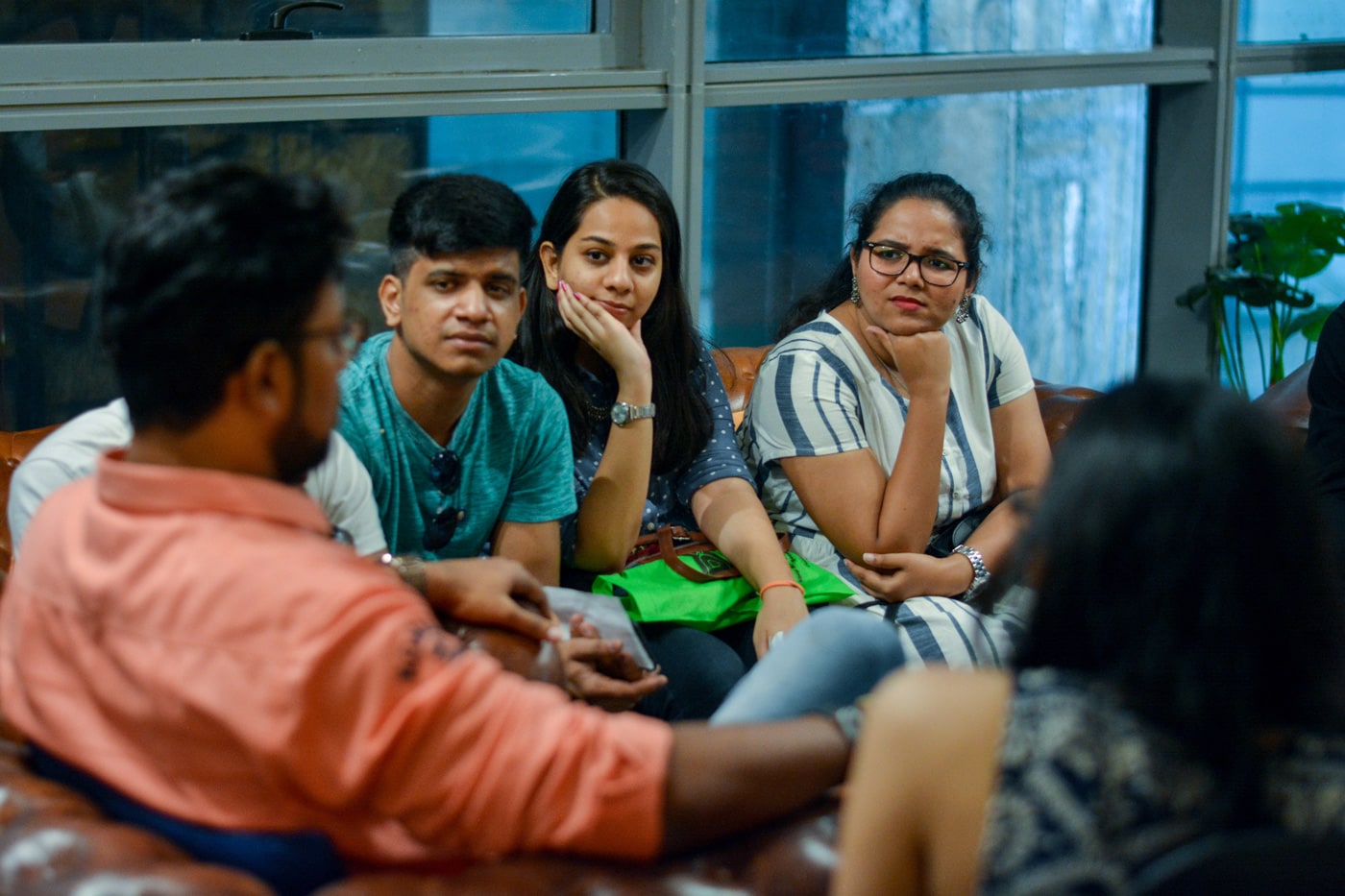 A human ‘book’ shares his experiences as ‘readers’ listen attentively

One could say she had a relatively privileged childhood, oblivious of religious differences, with a convent education to boot. After completing her Master’s in engineering from Syracuse University, New York, and social entrepreneurship from University of Oxford, Andaleeb lived abroad for several years working with some of the biggest players in the pharma industry.

“My work life has always been eventful,” she says. “I lacked nothing except the fact that I increasingly could not stand up for anything that was unethical.”

Even at 22, she wrote to then Indian President APJ Abdul Kalam about a child who was burnt in the forest hoping the authorities would take action. Such was her passion for change. Then the Babri Masjid demolition happened in 1992, and Andaleeb started questioning her purpose. Doubt began eating away at her mind, and it proved to be one of the defining times in her life.

Andaleeb woke up to the inherent injustices in Indian society, and how vulnerable human lives can be. She realised Indians need to be open to bigger and better life experiences, and not just judge one another on outward labels. That thought led to the first The Human Library event in Mumbai, a quest to change people’s minds.

Being a people’s person – and understanding that her working in the corporate world was only contributing to the financial wealth of the corporate world – this empath moved into a new career. She realised that people exercised their inherent power only when they actually wanted to fix something. So in 2016, she quit her job and started out on a whole new path. 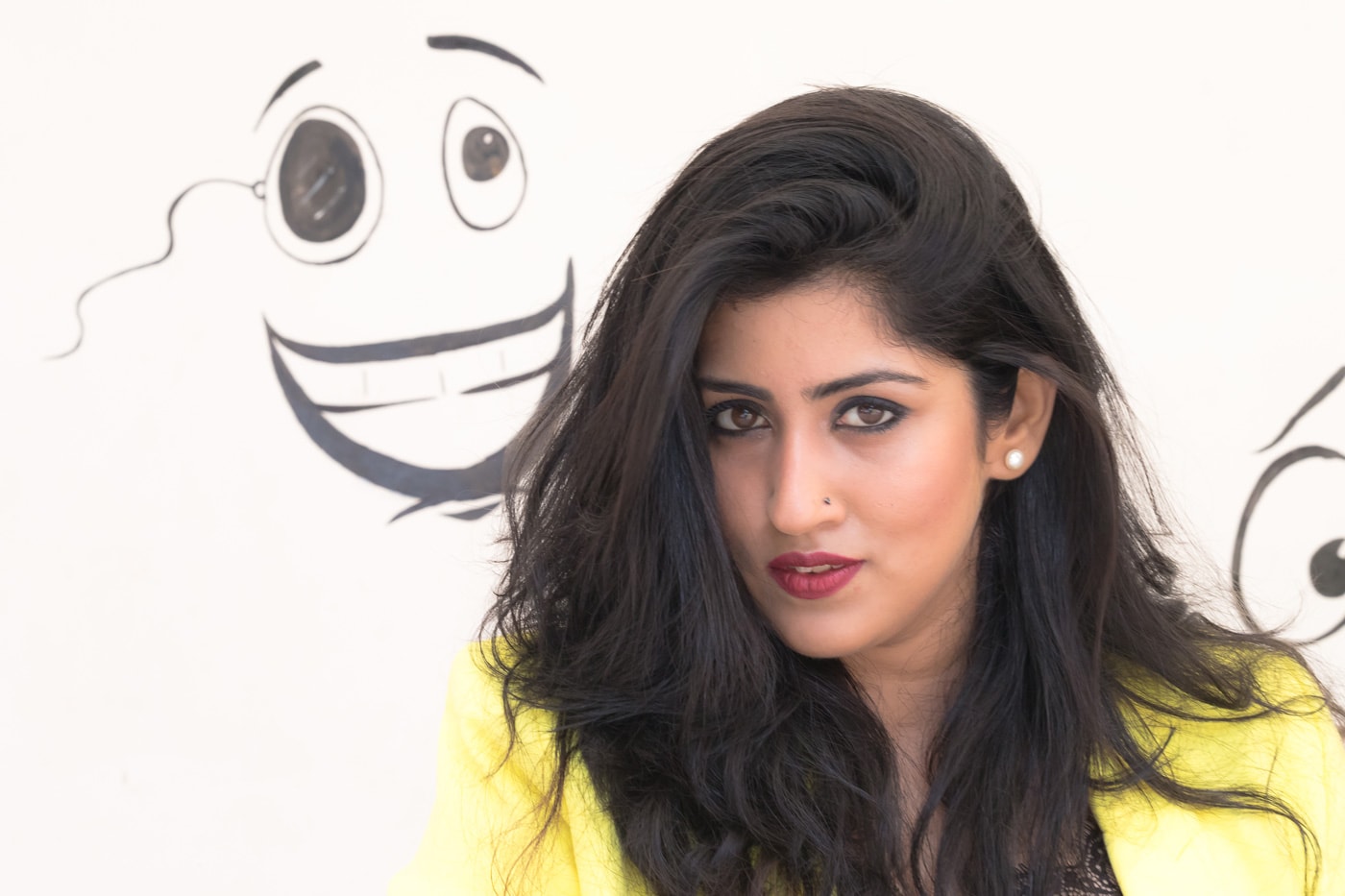 “The 2014 elections in the country completely polarised everyone,” says Andaleeb, who even began to shun the newspapers, since there was an outrageous difference between what was being written and what the actual truth was. Disillusioned, she made up her mind to do something for women in the education sector, and Googled ‘living stories’, which led her to The Human Library.

“That was it – the universe brought an end to my search. I connected with Ronni, the license (to start up as an NGO) was acquired, and in a record time of three weeks, I had put together a team of volunteers and ‘human books’ ready to share their stories,” she narrates. The first event was at Title Waves in Bandra on May 28, 2017. The outcome was a sheer miracle of sorts! Over 300 ‘readers’ aged 20 to 60 signed up for the completely free, curated event where absolutely no money changed hands, everybody was a volunteer, and all that took place was the therapeutic and non-judgmental exchange of knowledge.

The idea caught up even though people were still grappling with the idea of sharing and accepting each other. After dozens more editions in Mumbai, Indore was next to host a human library event and Hyderabad followed suit. It has since spread to Delhi, Pune, Surat, Chennai and Bengaluru, and now Tibet is on the map too.

So what is the requirement to be a ‘human book’? “They can be from varied backgrounds; they get to share their story for 20-30 minutes with five to six ‘readers’ at a time,” explains Andaleeb. Everyone at the Human Library stays anonymous.

After a quiet time, the listener gets to come back and ask questions. Everyone remains anonymous – the book and the reader – for expected reasons. Since many of the topics are taboo in Indian society – such as bisexuality, sexual abuse, rape, molestation, alcoholic parents, sex work, childhood issues, and social stereotypes – the only demand of the ‘book’ is to be honest and for the ‘reader’ to be non-judgmental!

Clearly, the 34-year-old Andaleeb has found the mission of her life, but she is yet young and has put into motion an idea that will never be old. She expects to find herself back in the corporate world to understand more of life, raise funds, partner with her sister for her fashion apparel company that promotes body positivity for full-bodied women, and as a quintessential social entrepreneur, she will continue with more such projects, she says.