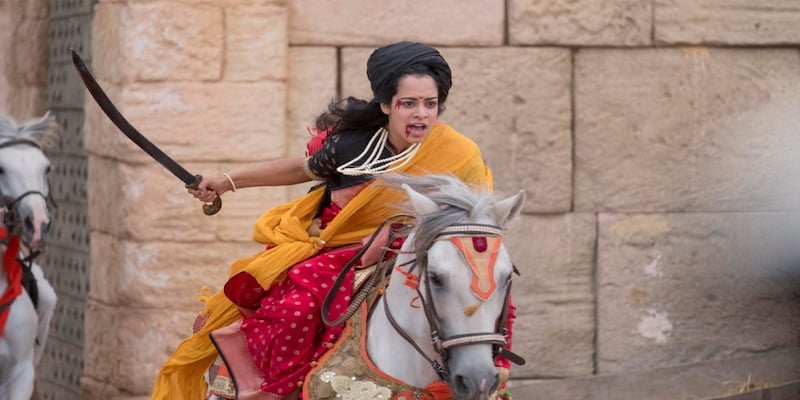 And when a woman like that writes and directs a period drama dedicated to India’s most famous feminist icons from history, Rani Lakshmibai of Jhansi, you know this film is not to be missed.
The chief executive officer of Cayenne Pepper Productions, Swati has not only been associated with meaningful films such as The Man Who Knew Infinity, but she has also choreographed Broadway shows such as The Transposed Heads and The Mystery of Edwin Drood. 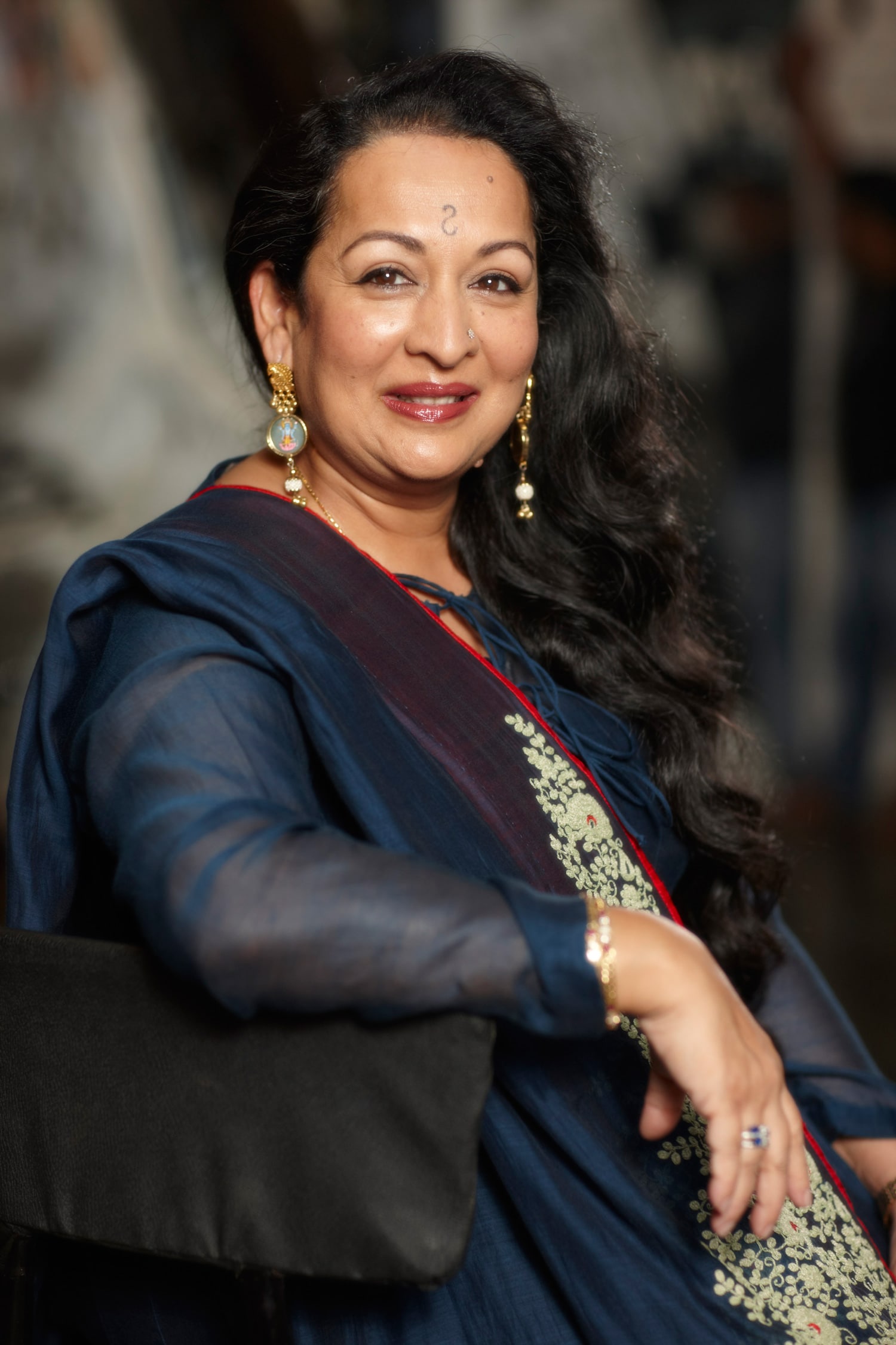 Swati Bhise
Further, she’s had a stellar lifelong vocation as a Bharatanatyam dancer spanning many decades including landmark performances such as the 40th anniversary of the UN and has trained a generation of American children in Indian classical arts. A former journalist and TV anchor, she is now all set for the November release The Warrior Queen of Jhansi, which tells the true story of fearless freedom fighter Rani of Jhansi.
In 1857, the 24-year old General led her people into battle against the British Empire earning the reputation as the Joan of Arc of the East. We spoke to Swati about her new film, cultural icons for Indian women and global women empowerment issues that she has worked on.
Why did you decide to make a film on Rani Lakshmibai?
I thought of making a film on Rani Lakshmibai because she is an iconic, real-life queen. I greatly admire her story, she’s amazing. She is very much what women should look for in their role models. Every culture has great historical icons. If I vaguely peep into my history, I would find Shivaji’s mother, Jijabai, or Ahilyabai Holkar or Jhalkaribai. There was Baizabai of Gwalior who was the first banker in the 1800s in Benaras and was one of the biggest moneylenders to the East India Company. So, there is no dearth of female icons. We just have to do a little research and find them.
How challenging has it been making a British/Hollywood film with the first brown female lead action hero? 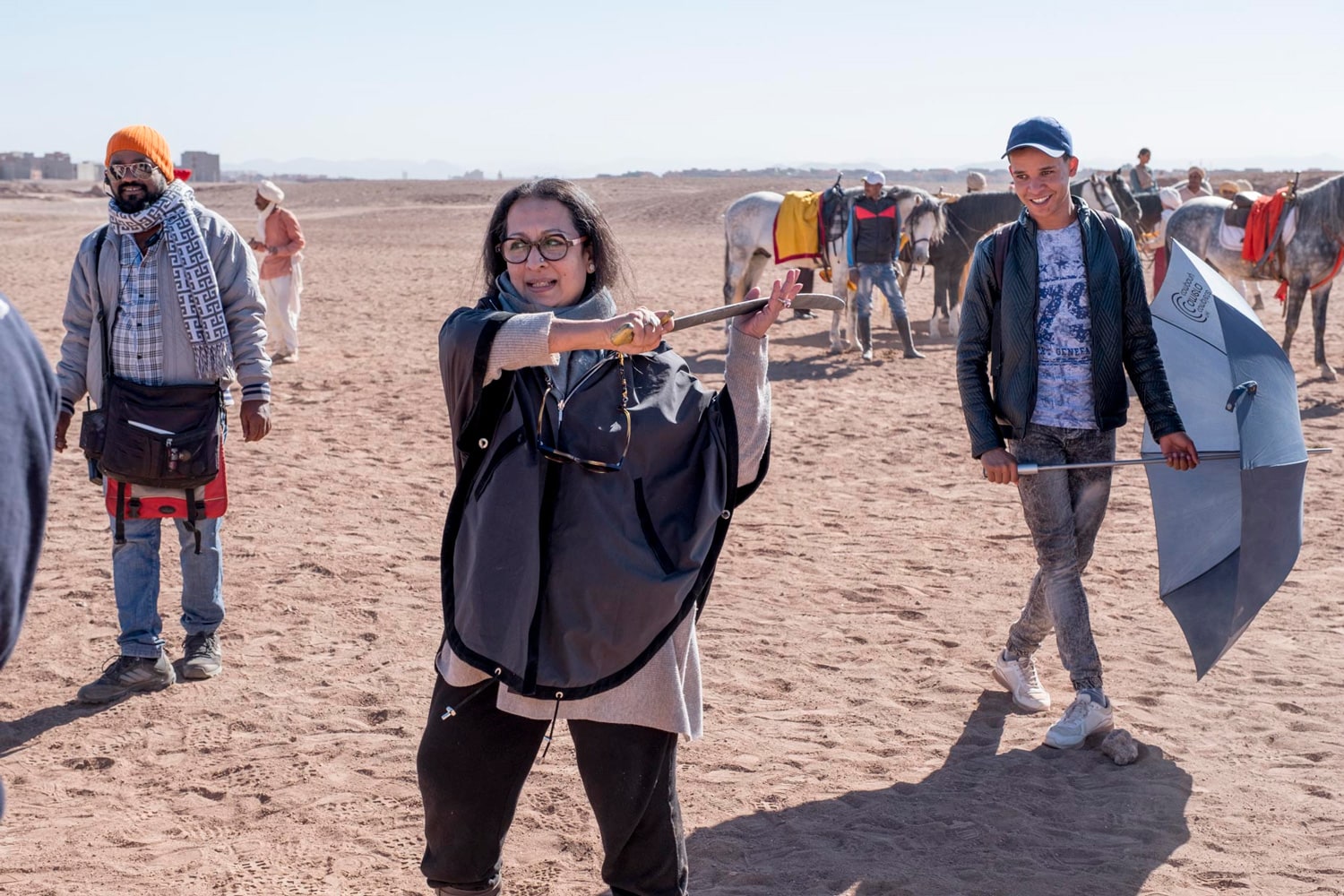 Swati Bhise on the sets of 'The Warrior Queen of Jhansi' (Picture Credit: Nick Wall)
I actually had no idea that we were the first British/Hollywood film with a brown female lead action hero. We just made a movie. Isn’t it strange that so many stories have been told and so many wonderful films have been made, like Bend It Like Beckham and Monsoon Wedding, but we have not had an action female hero in an Indian historical period piece? This was actually quite exciting for us to note and mull over.
Tell us more about your role as an executive committee member of the Asia Foundation focusing on global women’s empowerment issues. What are the key issues you have tackled in your work around the world?
The Asia Foundation is a non-profit based out of Washington DC and San Francisco. The Lotus Group is the women empowerment group within the Asia Foundation. I have been an adviser and Lotus Club committee member for the last several years. I have been very involved with raising funds for the group, especially for gender studies, educating girls in India, Mongolia, Afghanistan, the Far East, and educating women to empower them to start their own businesses. Workshops and case studies are done. We then give them the money when they show us the business plans.
For example, in Delhi, we have worked with Ranjana Kumari, who has also been given the Spirit of the Rani award. We worked with Ranjana on an app called Safetipin, which helped young girls check for safe areas in Delhi. This app also went to Brazil and became very big there. We also have fundraisers in New York to support young girls in societies where they don’t have support or aren’t able to speak up about their dreams.
When and how did you begin learning Bharatnatyam, and how involved are you still with your Bharatnatyam performances and teaching?
It’s like asking when did I begin breathing! I studied music from the age of six at the Bal Gangadhar Vidyalaya in Kanpur. I went off to boarding school at Welham Girls’ at the age of 10, where I continued both music and dance. I started training in Kathakali, Kathak, Manipuri and Bharatnatyam.
By the time I was 14, I decided to specialise in Bharatnatyam and found Dr Sonal Mansingh who I wanted as a guru. She never taught anyone, and as she puts it, I staged a dharna outside her house and she agreed to take me as her first disciple. She used to commute between Delhi and Germany, so it was a challenge.
But I stuck with taking my classes and continued to do my training under her. Along with that, I studied Carnatic music under Mrs Balasubramaniam. To study dance, you have to study music, literature and yoga. Sonalji would have her library open to me. I had to study the Natya Shastra, Sanskrit shlokas, the Abhinay Darpan, aspects of the Astamurti and the Tandav nritya and different poets including a study of the ashtapadis from the Geeta Govinda.
I then started teaching while I was performing. When I moved to New York, I started teaching in 1982 and continued teaching at different universities. The first place I taught at was Columbia University in 1983, and then I went on to teach at different schools of Bharatnatyam. I started teaching at the Lincoln Centre Institute and was doing close to 75-80 concerts a year, teaching a curriculum and arts programme. I have taught several students in public and private schools as well as my own private students. Poster of 'The Warrior Queen of Jhansi’
Five years ago, I decided that I had taught enough students and decided to give myself time in a more creative space – choreographing Carnatic and jazz music, which are performed at the Newport Jazz Festival as well as the Lincoln Centre Jazz. After that, I started writing for The Warrior Queen of Jhansi.
You will turn 60 next month. Happy birthday in advance! What are the top three things of your life that you pat yourself on the back for, and what is the one biggest regret?
Age is just a number. I would pat myself for listening to my inner voice and always following it, not listening to my head as much as my heart. I pat myself for bringing up my two kids in Manhattan and being pleased with the end result. For continuing to engage with my biggest passion, classical dance, and having a close relationship with my guru Sonal Mansingh, and being able to continue to learn, because it’s such a vast ocean of knowledge that at no point does it feel that I know enough and it just continues to surprise me how beautiful the journey has been. Each of these aspects has been incredible.
My biggest regret has been that in my early years, I did not have the experience that I have now to have been able to share the story and make this film and films like it earlier because I did not have the intrinsic knowledge of how to market it to an American audience. But then again, I’m delighted because I wouldn’t have had the actor, Devika (my daughter), being able to play the role of the Rani because she was the perfect Rani Lakshmibai that I wanted to portray.
First published in eShe magazine.
Check out our in-depth Market Coverage, Business News & get real-time Stock Market Updates on CNBC-TV18. Also, Watch our channels CNBC-TV18, CNBC Awaaz and CNBC Bajar Live on-the-go!