The spookiest thing – Plastic in your food

The spookiest thing – Plastic in your food 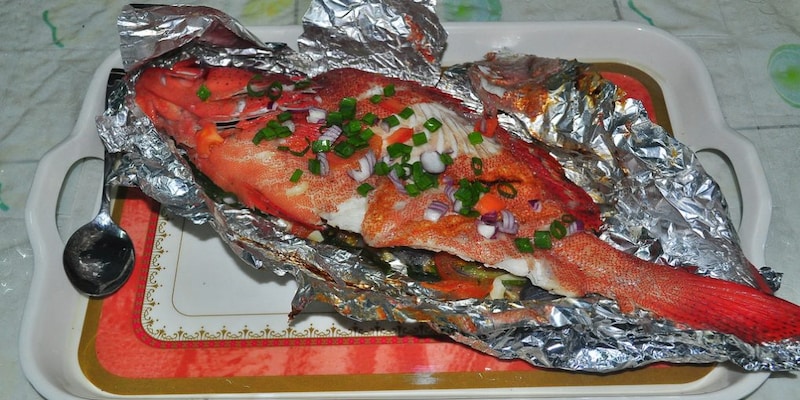 According to a new study, we have been consuming plastic along with our food.

With Halloween around the corner, it is hard not to find pictures of carved pumpkins, cupcakes donned with sugary spiderwebs and candy that looks like gore. The wise ones at fancy cafes will go berserk with the word play on ‘ghoulish’ food and drink menus.

Halloween is, however, a foreign holiday, which we take seriously only in our cities, where the urban populace has been fed the right dose of American sitcoms. We, for the lay Indian, there is a bigger, better, spookier Indian food trend, not just to mark Halloween, is our very own, scary everyday grocery shopping.
Picture this. There is no haunting music as you enter the cavernous food aisles at the supermarket, no banshee wailing as you pick up produce covered, not in cobwebs but loads of plastic. No creaky door as you open the store fridge to stock up with plastic bottles of bright soda. No screams with the bag of chips which leaves you with orange cheese dust on your fingers. But we should be terrified.
According to a new study, we have been consuming plastic along with our food. Along with the adulteration – the bright coloured chips and gum, the pesticides – vegetables sprayed twice over with the poison, adulteration – doodh-mein-pani  type – and diseases caused by false expiration dates, you also have been eating plastic.
This study was presented at the United European Gastroenterology (UEG) meet in Vienna, earlier this week. The study had participants from the UK, Finland, Italy, the Netherlands, Poland, Russia and Austria, all places with higher standards of food safety and far better recycling facilities than in India, and yet it was found that these participants were unwittingly consuming plastic in their food.
The scientists found up to nine different types of plastic in the faeces of every person who took part in the study. Particles between 50 and 500 micrometres across were found, the most common being polypropylene (PP) and polyethylene terephthalate (PET).
The food is likely to be contaminated with plastic from processing or packaging of food. Microplastics have been found in tap water, bottled water, and since we dump all of our waste in the sea, also in the fish.
The effects of this plastic consumption are harmful, to say the least, Dr Philipp Schwabi, one of the lead researchers at the Medical University of Vienna, said, "While the highest plastic concentrations in animal studies have been found in the gut, the smallest microplastic particles are capable of entering the blood stream, lymphatic system and may even reach the liver.”
Now imagine this in our unrecycled environment. Here in our country, where most households don’t segregate waste, where proper garbage collection systems and disposal are yet to be implemented or even continued. Each one of us is exposed to plastic by consuming plastic-wrapped food or drinking from plastic bottles.
We are living a far scarier, unmonitored foodscape. There is a need for stricter laws on plastic usage and food packaging. The Food Safety and Standards Authority of India (FSSAI) needs to check for more than just adulterants in food, they need to focus on microplastics and packaging even more closely. The ‘plastic demon’ exorcism is a much-needed one.
Sharon Fernandes is a journalist based in Delhi.
Check out our in-depth Market Coverage, Business News & get real-time Stock Market Updates on CNBC-TV18. Also, Watch our channels CNBC-TV18, CNBC Awaaz and CNBC Bajar Live on-the-go!