Updated : November 01, 2019 12:57:37 IST
Chef Arora, who runs the Michelin star restaurant Gaa in Bangkok, launches the not-for-profit in Mumbai.
Food Forward India looks back at the country’s culinary heritage even as it attempts to reinterpret it for the future.
Cataloguing traditional techniques and recipes will be an essential part of the project.

Chef Garima Arora, the chef who founded Michelin-star Gaa in Bangkok, is looking at creating a new narrative for Indian cuisine — one that is firmly rooted in traditions and yet, re-evaluates and reintroduces Indian cuisine to the world. She calls the not-for-profit initiative Food Forward India, and hopes to bring together the big stakeholders in the F&B industry to explore ways in which Indian food can be reimagined.

The first chapter of the initiative was launched in Mumbai in October, at a day-long session of conversations and good food. Chef Arora and her team ran an app that recorded conversations. The data, she says, will be leveraged to understand the road ahead for Food Forward India. “Across the world, Indian food is extremely misunderstood and underappreciated. The cuisine is full of ancient recipes, techniques and food philosophies that are relevant to modern cooks everywhere. With Food Forward India, we hope to create a platform for the brightest minds of the industry to bring back a sense of curiosity and a more intelligent outlook on Indian food,” says the chef who has been mentored by the two-Michelin star chef, Gaggan Anand. 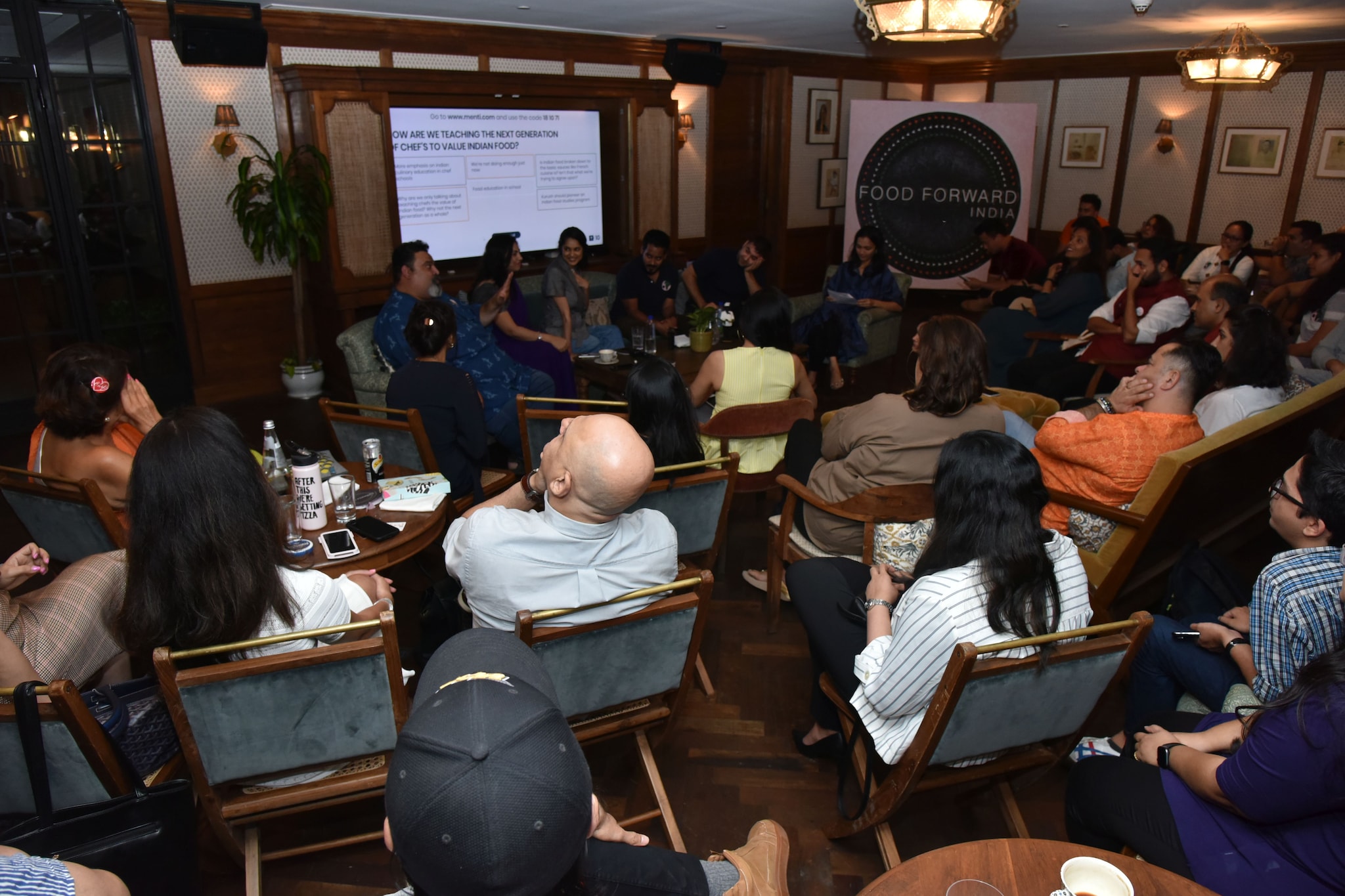 The first chapter of the initiative was launched in Mumbai in October, at a day-long session of conversations and good food. In a free-wheeling conversation with me, she talked about the enterprise that will chronicle India’s culinary history and create a narrative for modern Indian cuisine.

So, why call the initiative ‘Food Forward’ India?

The idea is to not just catalogue Indian cuisine, but also reinvent and reinterpret it. The movement is strongly entrenched in our traditions, even as it attempts to find new ways of presenting the cuisine for the future. Over the last couple of years, Gaa has achieved tremendous success and it is time to shift my attention from the restaurant and work on a new project. Internationally, there is a lot of curiosity about Indian cuisine, says Arora.

This is the first edition. The initiative does not attempt to dispense knowledge. Instead, it focuses on the direction in which we want to take our cuisine. The city’s top chefs, food archaeologists, bio-archaeologists such as Piyush Dalal, historians and food scientists like Prof. Ganesh Bagler from IIT Delhi (a Computational Gastronomy pioneer and champion of data-driven food innovations; he discovered contrasting food pairing pattern in Indian cuisine) met up at Soho House in Mumbai and pitched their ideas.

Why do you feel Indian cuisine needs to be reinterpreted and re-presented to the world?

Internationally, there is a lot of curiosity about our cuisine. Many more Indian chefs, working in cities across the world, have begun presenting our cuisine in newer ways. People have realised that there is more to Indian food than naan and curries. The time is ripe to get people to come to India, to understand and explore our cuisine, instead of us taking it to them. The idea is to change the narrative about Indian cuisine worldwide and if that means bringing in people to the country, so be it.

How would you define our culinary heritage, given the many influences – invaders who ruled us, ancient trade, the influence of religion on food, the fact that the cuisine changes every few hundred kilometres…

The attempt would be to define the various influences on our culinary heritage through different eras. We talk about the Mughal influence, for instance. But that is a very small part of our culinary history. We are discounting another 5,000 years of history preceding it, right from the Harappan Civilisation and the ingenuity of our local chefs and cooks. The approach to our culinary heritage has to be multi-faceted. In Gaa, we have a four-faceted approach to Indian cuisine. We look at it through the prism of history, geography, religion and techniques. Some other chef may approach food through another prism. The point is to document, host conversations and create an entirely new paradigm. India is a very exciting place to be in when it comes to food. In our cities, we have so many home chefs who are keeping our regional cuisines alive, a phenomenon you don’t see anywhere else in the world.

You talk about techniques. But Indian cuisine is known more for the ingredients used or the recipes, than for the techniques…

Our techniques are instinctive. The reason why my grandmother kept the cream aside for two weeks before churning it into butter was to ferment it. She may not be aware of the reasons, but for her, it was an instinctive process. Pickling, fermenting and several such techniques are part of our culture. We want to catalogue those ‘instinctive techniques’.

India is not known to catalogue or document its heritage, culinary or otherwise…

Yes, that is true but it needs to change. Or, how will we be able to share this rich knowledge and our treasury of recipes with chefs across the world, or even create a repository for the next generation of Indian chefs? If you ask a woman how she makes, say, nimbu ka achar (lemon pickle), she will give you an abstract indication: take a handful of spices, mash the lemon in, add the oil, and that’s your pickle. What kind of a recipe is that? How will we give this to a chef abroad and hope that he will make sense of it? This is our knowledge repository and we need to bring some amount of structure to it. 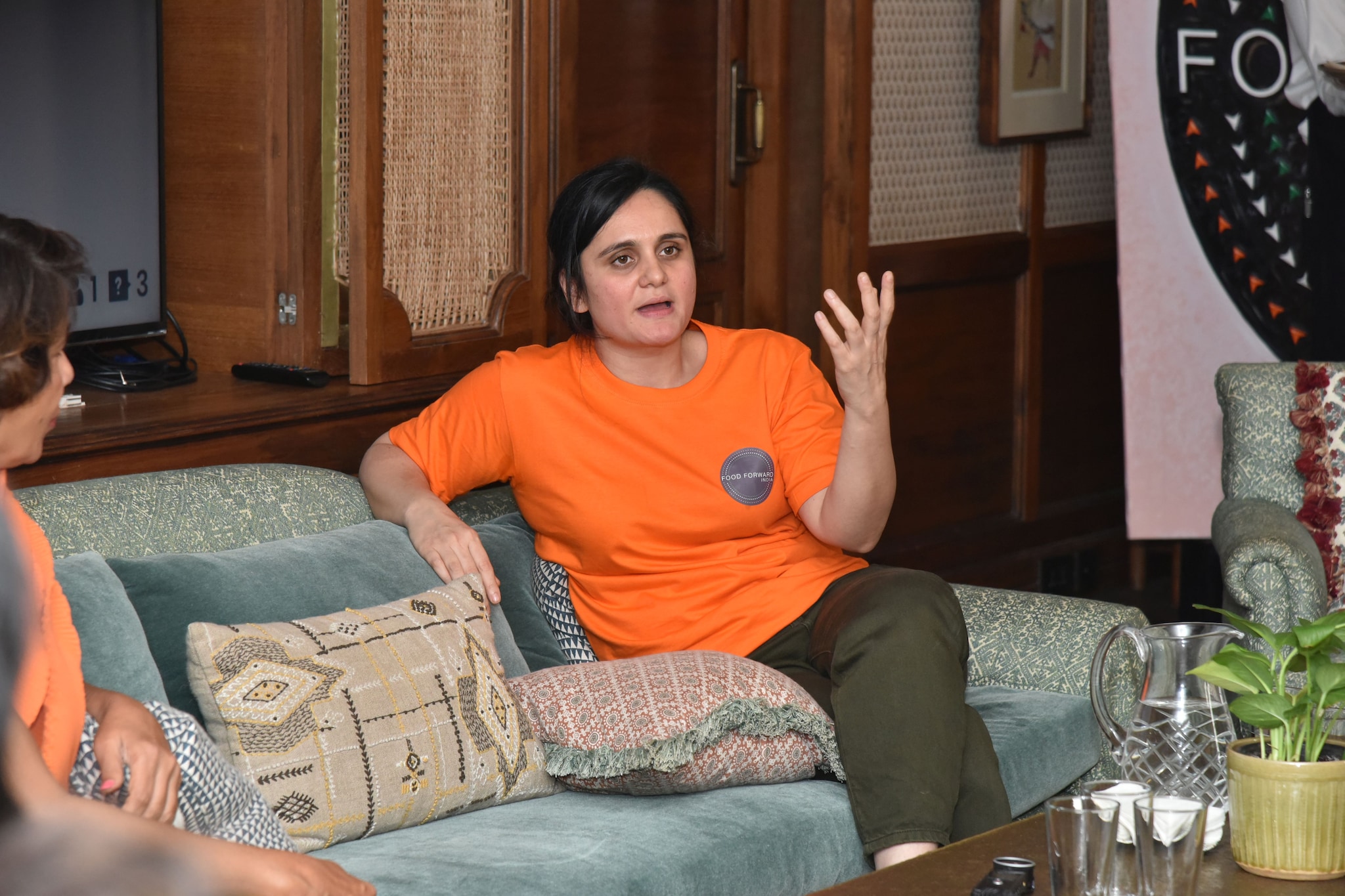 I am passionate about the technique of negative food pairing. Dr Bagler has authored a paper on how Indian cuisine has the highest instances of negative pairings. At Gaa, we pair unusual flavours, textures and techniques. For instance, caviar and strawberry have only one flavour note in common, but we bring them together for a signature dish through a technique derived from Indian cuisine, by using fat as a medium.

In my mind, you cannot catalogue a cuisine without offering definitive numbers – in terms of grams, tbsps, quantity, besides a definitive list of ingredients to be used and the steps involved. That is the starting point of the cataloguing process. It has to evolve further; we need to document how Indian cuisine evolved over so many centuries, the influences on it, the fascinating changes, the history and the culture. However, this process needs to be conducted without losing sight of that beautiful instinct which makes our cuisine so special. It is a complex process.

How would you define modern Indian cuisine?

Chefs are trying to interpret it in their own way, without losing sight of the culture it stems from. Progressive and modern Indian cuisine is very 21st century. But it is not about deconstructing flavours or breaking them down, or even about fusion, a word I hate. It is a modern approach to Indian food. Let me give you an example from Gaa. We serve a popular jaggery and toasted coriander ice-cream. I tasted jaggery and toasted coriander at a Gujarati friend’s wedding when his mother handed it over to us after the ceremony. The flavour profile was stunning, so we made an ice-cream using the two ingredients. In the process, we made a dish that is modern and relevant, without losing the essence of the original.

In some ways, Indian chefs have gone back to regional cuisine to ferret out hyper-local ingredients, millets, local varieties of rice, things that had never been served in restaurants. Does that portend well when it comes to preserving our heritage recipes?

To an extent it does. Ingredients are an important part of how we shape a cuisine. However, attempts should go beyond identifying rarely used, hyper-local ingredients. If you want to make an ingredient mainstream, you need to carefully analyse its potential: who is producing and growing the ingredient? Millets are robust and easy to grow, but what about the other ingredients popular today? How much land do you need to grow them, how much water, do farmers make money from them, who is milling and husking them? More important, what is the nutrition value of the ingredients, particularly the ones we may stopped eating a few hundred years ago, like varieties of heritage rice? These are far more complex questions that need to be answered.