The dimming of the American Dream: Trump’s ‘Public Charge Rule’ is bad news for Indian immigrants

Updated : August 23, 2019 09:13 PM IST
There is indeed a lot of stress among the South Asian community, who in spite of model minority myths are not all wealthy professionals.
The Trump administration has defended the rule change as a way to promote "the ideals of self-sufficiency and personal responsibility".

For long, Lady Liberty standing on America’s shores has been a beacon of hope for strugglers and dreamers fighting for a better life. On the base of this iconic statue are Emma Lazarus’s words: Give me your tired, your poor, your huddled masses yearning to breathe free, The wretched refuse of your teeming shore. Send these, the homeless, tempest-tossed to me, I lift my lamp beside the golden door!

Not anymore! The Trump Administration has just introduced the new Public Charge Rule which will only make it tougher to get a green card or become a citizen of the US if you’ve ever been on public assistance. The acting USCIS director Ken Cuccinelli said on NPR that the Statue of Liberty plaque should be changed to read "Give me your tired and your poor who can stand on their own two feet, and who will not become a public charge."

Whereas America had earlier welcomed the poor and the needy, the new rule can deny a green card and citizenship to those who have used public assistance benefits like Medicaid and food stamps.

According to ILRC.org, the new rule interprets a provision of the Immigration and Nationality Act (INA) pertaining to inadmissibility. The inadmissibility ground at issue says a person is inadmissible if they are likely to become a public charge. This law only applies to individuals seeking admission into the United States or applying for adjustment of status. Under the new rule, applicants deemed likely to use benefits such as Medicaid, food stamps, or publicly funded housing programmes for more than 12 months will be considered a 'public charge'.

So if you are in line, applying to immigrate to America or to change your visa status, things are not looking good; If you want to bring your elderly parents to America, it has just got tougher; and if you’re on the line for a green card but have ever received any public assistance, you may never get that green card. 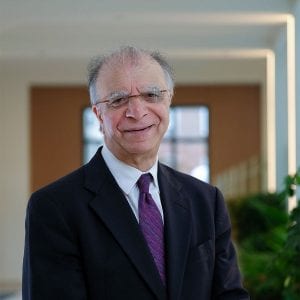 Muzaffar Chishti, the Director of the Migration Policy Institute’s office at New York University School of Law, says,  “I think it certainly would affect low income Indians and it would certainly affect the parents. Everyone is speculating about this –but the intent here is to not let in people who are not going to be independent themselves. The issue of language, the issue of adapting, age, ability to earn --.once again it’s going to have a class-based effect, and it’s going to obviously affect low-income people more and it’s going to affect parents more.”

Needless to say, this New Public Charge Rule has caused a lot of angst among immigrants who feel it is weighted against the poor and those of color to keep them out of the country. As Julian Castro, a Democratic contender for the presidency, tweeted, “Donald Trump wants to use immigration policy to create an America in his own image. His public charge rule is further evidence of his racist agenda that treats some immigrants as good and others bad.”

On August 14, 2019, the Department of Homeland Security (DHS) published a final rule related to public charge in the Federal Register. According to DHS, the rule will not take effect until October 15, 2019.

All is not lost and several US states have filed lawsuits challenging the legality of the rule.

New York Attorney General Letitia James (D) jointly filed the suit in Manhattan federal court with Connecticut and Vermont’s state attorneys general. Thirteen other state attorneys have already filed suit. As James pointed out these assistance programmes are created to help new arrivals who have limited means to achieve upward mobility. James said in a statement “The Trump Administration’s thinly veiled efforts to only allow those who meet their narrow ethnic, racial and economic criteria to gain a path to citizenship is a clear violation of our laws and our values.”

Mayor Bill de Blasio of New York has said, “"The ultimate city of immigrants will never stop fighting President Trump’s xenophobic policies. We are proud to join the Attorney General and let our immigrant brothers and sisters know New York stands united behind them. When you mess with our neighbors, you mess with all of us. To the President, we’ll see you in court."

“The rule is yet another cruel attack against immigrant families by the Trump Administration,” says Qureshi. “This time the target is people who are applying for permanent residency and receive public benefits. It would allow the government to deny green cards to people who have received public benefits like housing assistance, Medicaid, or SNAP. Since the rule was first proposed late last year, it's already had a chilling effect -- deterring people from using public benefits they are entitled to because they're afraid it could impact their immigration status.”

The Trump administration has defended the rule change as a way to promote "the ideals of self-sufficiency and personal responsibility". It seems to be one more effort to build a wall to keep immigrants out, especially the non-desirable ones. 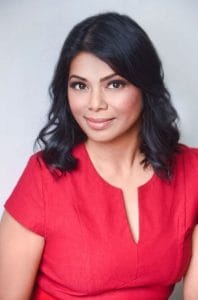 Tahmina Watson of Watson Immigration Law in Seattle feels that the Public Charge Rule, if implemented, will greatly affect Indian immigrants: “Any person coming to the United States will now need to be mindful that the government is going to be looking at whether they are self sufficient. They need to be aware of what the public charge itemizations are, and be aware of what to not do but also what they need to report to the government.”

She believes that Indian citizens on H 1 and H 4 as well as L visas will now have to prove that they have not taken any public benefits when they go in to change or extend their visa status. She suggests they keep in communication with employers and others to make sure they are aware of the information that they have to provide to their employers’ lawyers for extensions.

“Almost everybody is going to be affected,” says Watson. “I don’t know if people really realize the enormity of this.  We already have extreme scrutiny of HI B visa holders - this is one more layer for the government to deny someone’s case. These are going to be very trying times and I think people need to be cautious and aware, and they essentially have to give information that they’ve never had to give before.”

Yet even as immigrants worry and prepare, there is a chance that Lady Liberty will win the tussle.

“This is definitely not set in stone,” says Muzaffar Chishti. “And, most importantly, many more powerful forces in the country are opposing it than we have seen in the past - 18 attorney generals have made it their cause.  So it's not just immigrant advocates fighting the battle today, as it used to be in the past. These are very important forces at the state level which have now been added to the arsenal available for immigration defense. That is unprecedented.”