The Chettiars: Merchant bankers with an unmatched culinary legacy

Updated : May 18, 2019 09:49 AM IST
Several heritage properties belonging to the mercantile community have been converted into boutique hotels.
Chettiar traders’ travels have influenced the way their food is cooked back home.

Visitors to The Bangala in Karaikudi, in Tamil Nadu, are often served sweet pongal made from kavuni arisi or black rice. The ‘kavuni’ in the name could be a corruption of ‘governor’, says Meenakshi Meyyappan. “Hundreds of years ago, Chettiar traders would get black rice from southeast Asia for a particular governor of the Madras Presidency, and that’s how the name came to be.” Meyyappan, who is in town for a Chettinad food festival at The Bombay Canteen, is a Chettiar matriarch herself. Twenty years ago, the 84-year-old restored her rundown family property, a former gentlemen’s club in Karaikudi, and transformed it into the much feted The Bangala. 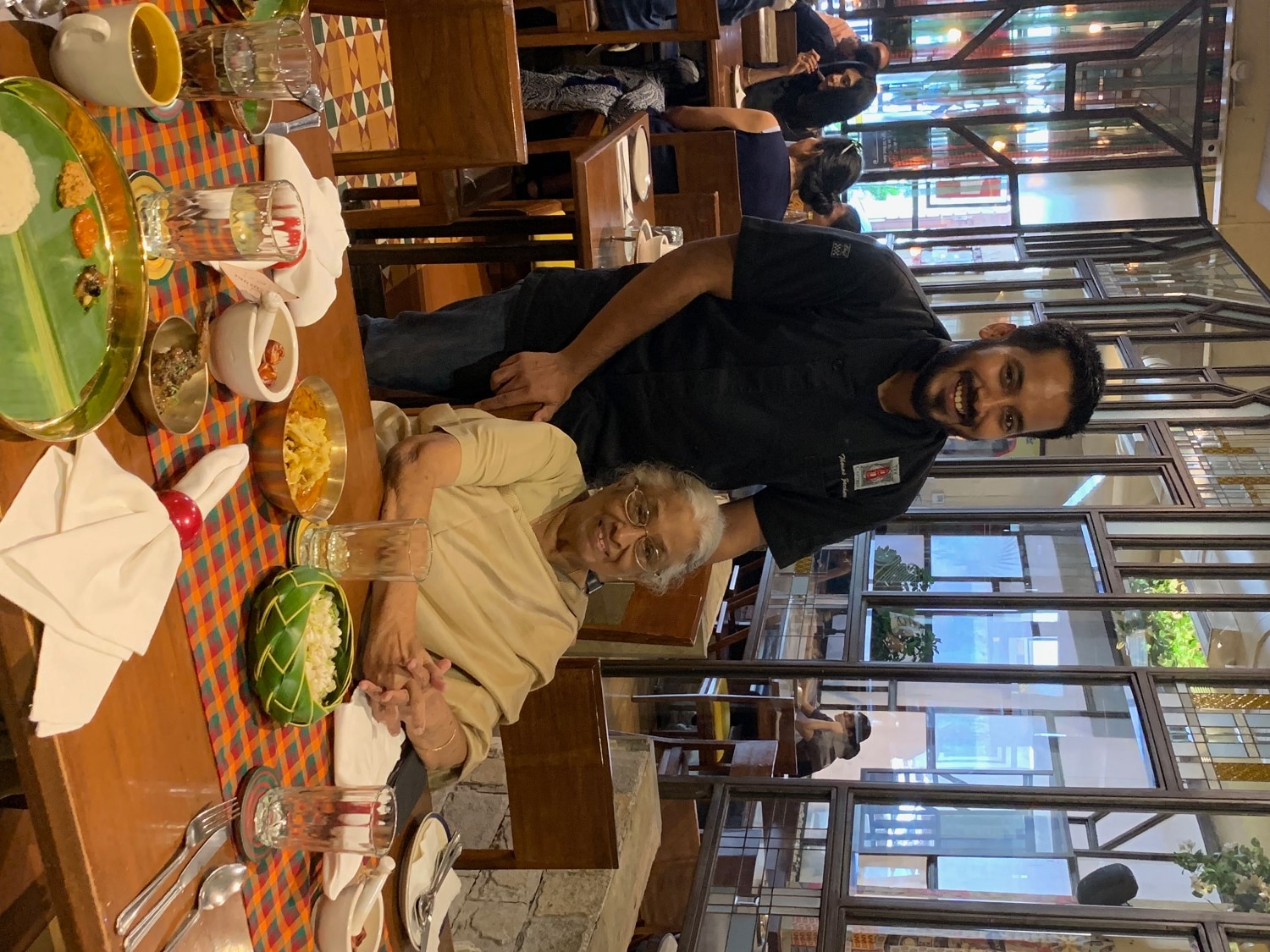 Chef Partner Thomas Zacharias with Meyyappan at The Bombay Canteen.

Behind the story of the black rice is yet another story, and it is about the ambitious itinerance of a mercantile community from an arid, landlocked region in Tamil Nadu, which once thrived across Malaysia, Singapore, Burma, Sri Lanka, and Java. The Chettiars, who started out as international traders in the early 18th century and eventually switched to money lending, are widely credited to have set up modern banking practices in India. RK Shanmukham Chetty, the country’s first finance minister, was a Chettiar (so is P Chidambaram); among the banks founded by Chettiars include Indian Overseas Bank and Indian Bank; and, while their fortunes as bankers and later industrialists, waned after the Japanese occupation of south east Asia, conglomerates such as the Muruguppa Group and Chettinad Group serve as apt reminders of a storied past.

“The Chettiars largely controlled banking/lending and cattle/sheep-herding as well as trade in timber, salt, diamonds, arrack and pearls. They financed much of the opium trade in Malaysia and Singapore in the late nineteenth century and dominated the ship-building industry in the region,” says Justin Thomas McDaniel, a professor of religious studies at the University of Pennsylvania, in the peer-reviewed Material Religion journal.

‘Chettiar’ restaurants abound in Malaysia and Singapore and while they might not have achieved the status of Pernakan cuisine, the Chettiars’ travels did influence ever so subtly the way their food was cooked back home in Chettinad where they built palatial homes using Burma teak and decorated them with Venetian chandeliers and Italian marble.

“Prawn is a relatively recent addition to our cuisine; and so are spices such as star anise and cinnamon,” says Meyyappan, whose father was a high ranking civic official in Colombo and whose in-laws owned rubber plantations in Malaysia.

Certain techniques such as the use of wet paste in Chettiar cooking could also be influences picked up from their travels, says former Fashion Design Council of India head Sumeet Nair, who has co-authored a book on the cuisine with Meyyappan. On the menu at the Bombay Canteen are snacks such as ravai cutlets, a throwback to The Bangala’s gentlemen’s club days, a variety of chutneys, including thengai thuvaiyal (roasted coconut chutney), pachadis made from, among others, beetroot, lamb chops, quail in black peppercorn masala, a tamarind and shallot gravy in which banana flower is batter-fried to mimic anchovies, and a curry made from black peppercorn and chillies fermented in buttermilk. By the time your meal ends, you’d realise that you’ve never really had authentic Chettinad food, even in Tamil Nadu, and that there is no such thing as Chettinad Chicken. Instead of explosions of spices, mostly pepper, what you get is food that is both pleasantly robust and yet nuanced in equal measure. “This is what is served at The Bangala, and this closely approximates what you would have at a Chettiar feast,” says Meyyappan.

Inspired by the Bangala’s success, several heritage properties belonging to the Chettiars have been converted into boutique hotels in and around the region. The common consensus, though, is that a majority of the other elaborate mansions, estimated to number over 5,000, will eventually crumble to dust, as the Chettiars, no longer rich traders or bankers, struggle to maintain them. The community’s architectural legacy may be in great peril, but it would not be inaccurate to say that its culinary legacy is safe in Meyyappan’s hands.

The Canteen Chettinad Table at the Bombay Canteen is on until May 19.