Updated : September 14, 2019 02:10 PM IST
The Sky is Pink is about a Delhi family's struggles to save its children from a rare immune deficiency disease.
The Aeronauts, a UK production, is based on the real-life story of English scientist James Glaisher, who broke the record for high altitude flight in a balloon in the mid-19th century.
A Beautiful Day in the Neighborhood, which stars Tom Hanks, is based on the experience of an Esquire journalist writing a story on American children's TV host Fred Rogers.

There are many movies at the Toronto International Film Festival (TIFF) this year that begins with a common sentence: "Based on a true story."

Shonali Bose's The Sky is Pink takes off from the terrace of an Old Delhi home overlooking the majestic minarets of the Jama Masjid. Bose, who grew up in Delhi, tells the story of a Christian girl from South Delhi and a Hindu boy from Chandni Chowk in her new film, premiered at the Toronto festival. The Sky is Pink by Shonali Bose is the only Asian film in the prestigious gala section of the 44th Toronto International Film Festival held during September 1-15.

The Sky is Pink is about a Delhi family's struggles to save its children from a rare immune deficiency disease. Priyanka Chopra and Farhan Akhtar come together in the film with Zaira Wasim who has since quit acting, in the film based on the true story of a couple from Delhi. Chopra is Aditi and Akhtar plays Niren with Wasim as their daughter Aisha suffering from severe combined immunodeficiency, a life-threatening disease.

Bose, who went to the Miranda House College in Delhi and worked as a student relief worker during the 1984 anti-Sikh riots, sets the film in Delhi and London, where the couple goes in search of a cure for their daughter's illness. "Aisha's family contacted me to ask if I were interested in making a movie based on their daughter's story," says Bose, whose previous film, Margarita with a Straw, focussed on a young man suffering cerebral palsy. Margarita with a Straw, which also premiered at TIFF, won the festival's Best Asian Cinema NETPAC Award in 2014.

"My heart is fully in the film," says Bose, who lost her 16-year-old son, Ishaan, nine years ago. The Sky is Pink is the only Asian film in the prestigious gala section of the Toronto film festival, which concludes tomorrow. The Sky is Pink, which will have a Netflix release on October 11, will be released theatrically in India and the United States, on 1,000 and 250 screens respectively.

Several major productions to come out this year in the United States and the United Kingdom are based on true stories and events. Just Mercy directed by Destin Daniel Cretton tells the true story of Harvard-educated lawyer Bryan Stevenson, who decides to defend the disenfranchised and wrongly condemned after earning his law degree.

Michael B Jordan (Black Panther, Creed) plays Stevenson and Jamie Foxx is Walter McMillian, a black man wrongly sentence to death in the film, which also has another high profile actor, Brie Larson, who assists Stevenson in his work. Based on the book, Just Mercy: A Story of Justice and Redemption by Bryan Stevenson, the film is already talked about as a serious Oscar contender for Best Picture and acting honours. Just Mercy stars Michael B Jordan and Jamie Foxx in the true story of a Harvard-educated lawyer fighting systemic corruption in the American justice system.

The Aeronauts, a UK production, is based on the real-life story of English scientist James Glaisher, who broke the record for high altitude flight in a balloon in the mid-19th century. The film returns The Theory of Everything co-stars Eddie Redmayne and Felicity Jones for the high-flying tale.

Redmayne, who won the Best Actor Oscar for his role as Stephen Hawking in The Theory of Everything plays Glaisher, who wants to save the world from floods and harvest failures by predicting the weather, while Jones is a hot-air balloonist who wants to create altitudinal history. Directed by Tom Harper, the film is set in 1862 London whose scientific community looks down upon on experiments. Indian-origin English actor Himesh Patel, who played the singer in Danny Boyle's Beatles drama Yesterday, is a young scientist helping Redmayne achieve scientific success in the film. 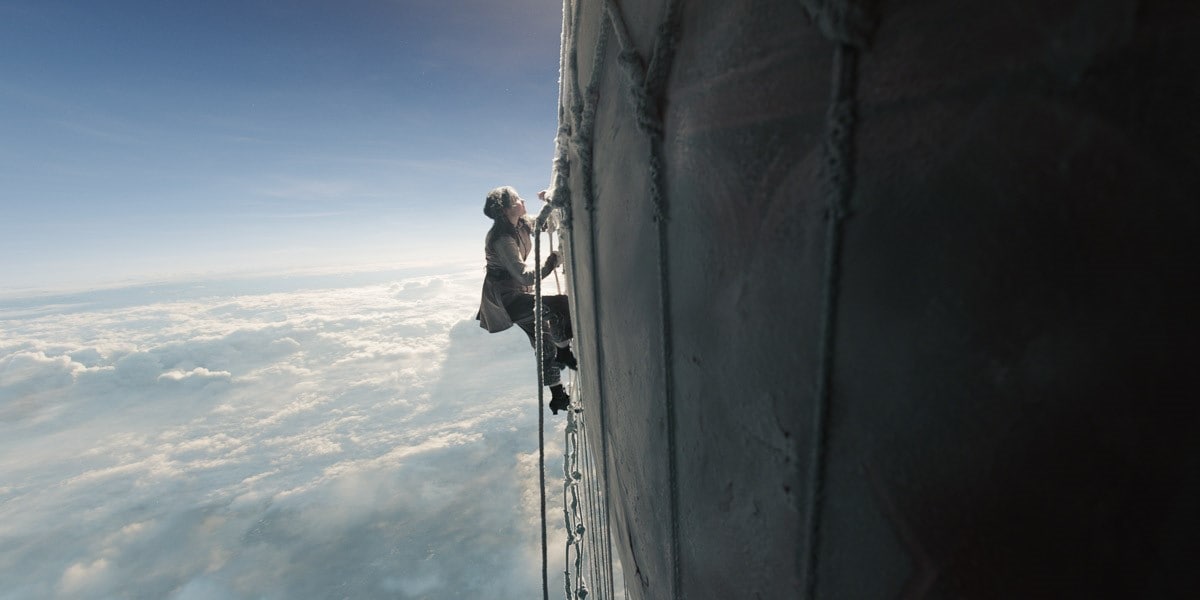 The Theory of Everything actors Eddie Redmayne and Felicity Jones return in the high-flying drama, The Aeronauts.

Hustlers, directed by American filmmaker Lorene Scafaria, is based on the true story of exotic dancers Samantha Barbash and Rosie Keo, who band together to turn the tables on their Wall Street clients after the 2008 economic meltdown. Inspired a 2015 New York Magazine article that went viral, Hustlers show how a group of former strippers who lost their jobs in the recession steal back from their rich Wall Street clients. Jennifer Lopez, Constance Wu, Cardi B and Julia Stiles complete a dazzling cast in the movie.

A Beautiful Day in the Neighborhood, which stars Tom Hanks, is based on the experience of an Esquire journalist writing a story on American children's TV host Fred Rogers. Hanks plays Rogers, who finds adult truths in the deep wisdom of childhood. Director Marielle Heller sets Rogers' irresistible charm against the immovable cynicism of a New York magazine writer in the film. A Beautiful Day in the Neighborhood starring Tom Hanks is based on the experience of an Esquire journalist writing a story on American children's TV host Fred Rogers.

The closing film of the 44th Toronto International Film Festival on September 15 is based on the life and work of Marie Curie, who won the Nobel Prize twice for her work on radioactivity. Radioactive, Iranian-born director Marjane Satrapi's biopic, stars Gone Girl actor Rosamund Pike. The film, which has Sim Riley as Pierre Curie, portrays the pioneering work of a woman in a male-dominated scientific community. Faizal Khan curated India’s first football films festival with artist Riyas Komu at the 2011 International Film Festival of India, Goa. He was the curator of a football films programme in the Artists Cinema section of the second Kochi-Muziris Biennale in 2014.