Sometimes you can save the world - one raga at a time

Updated : July 27, 2020 05:52 PM IST
Ila - The Earth Symphony is based on a wonderful thought by explorer Jacques-Yves Cousteau who mused, “For most of history, man has had to fight nature to survive; in this century he is beginning to realize that, in order to survive, he must protect it.”
Grammy award-winning composer and environmentalist Ricky Kej has composed and arranged the music for the album.

When the coronavirus pandemic hit and brought the world to a halt, there was one unexpected side-effect – our much-abused green planet got a breather --  blue skies returned, peacocks danced on city streets in India and fish could be seen in now crystal clear canals of Venice.

Unfortunately, even as the pandemic rages, many parts of the world are carelessly returning to their old carbon footprint and are endangering the environment.

Ila – The Earth Symphony is a gentle reminder to all of us, a plea, a magical chant to change our thoughtless ways. It is the new global album from noted classically trained singer and musician Ila Paliwal, who is passionate about saving Mother Earth.  Perhaps foreseeing the future, her parents had named their daughter Ila which in Sanskrit means ‘Earth’ and is another name for Saraswati, the Goddess of Arts and Learning.

“Growing up in Agra, my childhood memories are of waking up to the chirping of birds and of peacocks dancing in our courtyard during monsoon season,” recalls Paliwal. “Both my parents were nature lovers and Hindi and Sanskrit scholars. Nature has been revered in Vedic scriptures for thousands of years, and all Indian festivals and traditions are closely linked to nature. I grew up celebrating those traditions and singing folk songs about rivers, trees, rain and nature.”

Paliwal is the daughter of the late poet and Hindi scholar, Dr Padam Singh Sharma Kamlesh, and Dr Sushila Sharma Kamlesh, who is an English and Sanskrit scholar. She lost her father at the age of 10, but grew up with a very strong mother who inculcated the arts in her, driving her to musical sammelans at a time when most women did not drive. “She became my mom and dad and would joke that her blood type was B Positive,” she recalls.

Paliwal learnt eclectic arts from Kathak to sitar and at the age of 12, she started her vocal training with Pandit Sitaram Vyavhare of the Gwalior Gharana. She received her Master’s degree in Music (Sangeet Praveen) from the Prayag Sangeet Samiti, Allahabad, with distinction. Over the years, she learned classical music from noted names of Jaipur Gharana including Padma Talwalkar, Aarti Anklikar and Pandit Rahunandan Panshikar.

Thinking back, Paliwal realizes that as a child she absorbed some deep values in small-town India. “Growing up in a middle-class family I learnt early on to preserve and minimize the waste of natural resources. We recycled everything - newspapers, clothes and household electronics. These childhood habits stayed with me and I try to be a conscious consumer of the wonderful resources that Mother Nature has blessed us with.”

Marriage to Dinesh Paliwal, an engineer and MBA working for an American company, took her to several countries from Singapore to Australia to Switzerland and finally brought them to America. In 1994, the Paliwals with their two children, moved to Beijing, China. While there, she sang at the UN’s International Women’s Conference, which was attended by Hillary Clinton and Jane Fonda. Ila Paliwal and Ricky Kej with the Royal Philharmonic Orchestra.

Back in America, she recorded Navaratna, her debut album celebrating festivals of the different regions and religions of India. It was a global effort which was executive produced by Oscar and multi-Grammy winner AR Rahman whom she regards as her mentor. The launch event was a live concert at Carnegie Hall. The album topped Amazon Asia’s charts for eight weeks. One of its tracks Holi received the 2018 RoundGlass Award in the Best World Music category and was listed by Quincy Jones in “15 Best Songs from Around the World” for world music magazine Songlines.

Dinesh Paliwal, who recently stepped down as Chairman and CEO of  Harman International, has been an American business success story. Together the couple has set up a family foundation and helped many causes including education and environment. Yet through all their journeys, Ila has remained true to her music, be it in her hometown in Agra or in her current home of Greenwich, Connecticut.

Since climate change is a global concern, Ila – Earth Symphony is a truly collaborative effort between international musicians. This project took 2 ½ years and brings together 150 musicians from around the world. Vande Mataram is the lead single in Ila: The Earth Symphony which is a nine-track record featuring compositions sung in both Sanskrit and Hindi, offering layers of Indian as well as Western musical orchestration.  These artists from different musical traditions from different parts of the world have collaborated on the album, including the Royal Philharmonic Orchestra of London UK, the three-time Grammy-winning Soweto Gospel Choir of South Africa, as well as Indian and American classical musicians. A taste of the music is here http://itunes.apple.com/album/id1522260765?ls=1&app=itunes

Grammy award-winning composer and environmentalist Ricky Kej has composed and arranged the music for the album.  Says Paliwal, “I found a perfect match in Ricky since he shares my passion for the environment and only makes music related to the environment. His high energy, passion and positive outlook made this collaboration very enjoyable.” 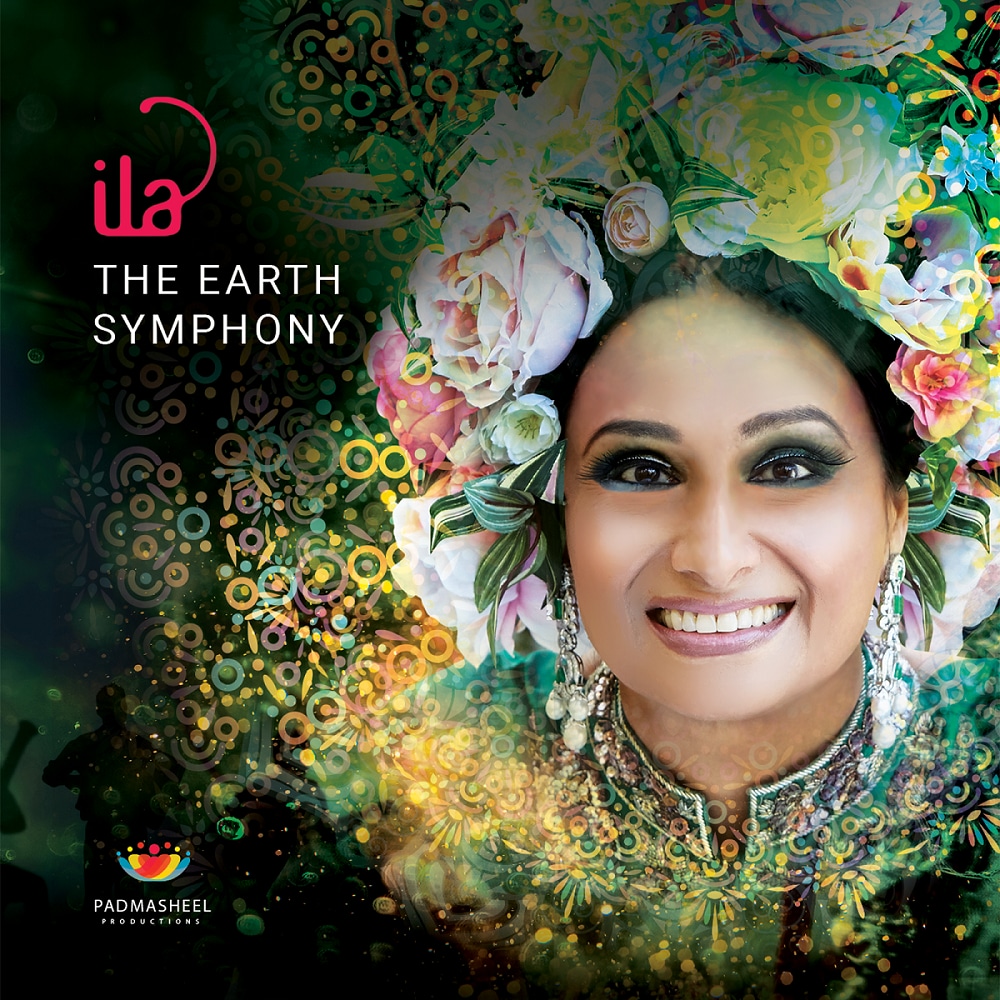 One of the high points of creating the album was shooting a video for this album at the famous Abbey Road studios in London. The song was the much-beloved love song to the Indian nation, Vande Mataram.

“During the British Raj, Indian freedom fighters were punished for singing this song,” says Paliwal. “Recording the same song at the iconic Abbey Road studios with the world’s legendary 75 piece Royal Philharmonic Orchestra and choir was a major goosebump moment for me! The lyrics are poignant and my interpretation of Vande Mataram is as much an ode to mother nature as it is to Mother India.”

Paliwal has performed at some of the most prestigious spaces in the world. How does it feel to now do this concert virtually in people’s bedrooms and living rooms?

“We all are adapting to the new normal in our lives,” she says. “Unless we have a vaccine that can contain the virus, live concerts will not return for a while.” She was all set to launch the album at the Kennedy Center on August 15 but now she says it will be a virtual concert later in August that can be enjoyed and watched by a much larger audience globally. She adds, “Recording the concert was a different but fun experience as we deployed a lot of technology to make the virtual concert an audiovisual treat, incorporating dancers, puppeteers, and sand & speed painters.”

What does she hope audiences will take away from this experience? She says, “The songs in my album create hope, joy and love for nature. I hope the audience will pause and think about their responsibility towards nature, climate and mother earth.”

Ila - The Earth Symphony is based on a wonderful thought by explorer Jacques-Yves Cousteau who mused, “For most of history, man has had to fight nature to survive; in this century he is beginning to realize that, in order to survive, he must protect it.”