Smart Travel: The top 6 slow cities in the world

Updated : April 19, 2019 02:25 PM IST
Belgium's Silly is a slow city. Silly City derives from its name from a stream, called the Sille (French) or Zulle (Dutch), and has no relation to the English word.
Kristinestad in Finland is named after Queen Kristina of Sweden. A slow city town since 2011, here, you can visit the 300-year-old Ulrika Eleonora church, famous for its leaning tower, Kattpiskargränden

‘Slow’ has been an antonym of ‘fast’ as long as words existed but the Slow movement began in 1986 when a man named Carlo Petrini protested against the opening of a McDonald's restaurant in Piazza di Spagna, Rome. One man’s voice against a fast-food behemoth sparked a slow food movement. Overtime, all things ‘slow’ became a subculture of its own, like the Cittaslow organisation for Slow Cities. The Slow City manifesto contains 55 pledges or criteria including no town with more than 50,000 residents may apply to be called Slow City.

‘Slow’ is buzzing now - there’s Slow Money, Slow Travel, Slow Fashion, Slow Photography, Slow Parenting. Slow sex, too. And if you do not know how to go Slow, there’s even an International Institute of Not Doing Much!

Here are six Slow Cities from around the world. 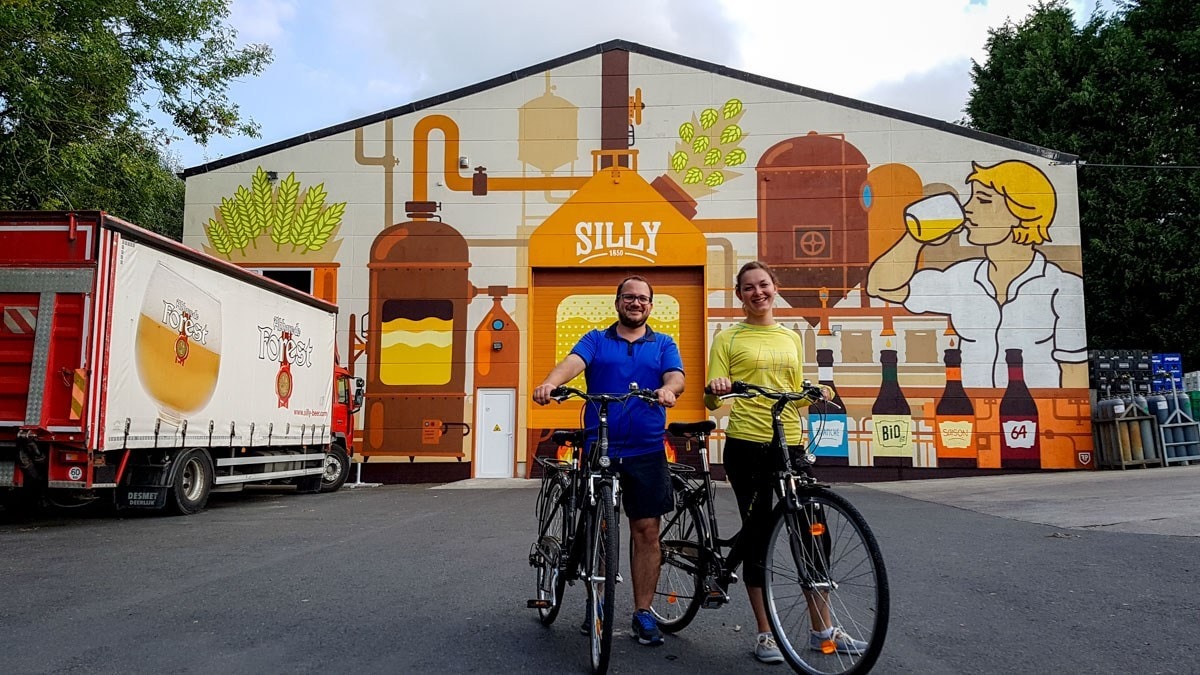 Silly City derives from its name from a stream, called the Sille (French) or Zulle (Dutch), and has no relation to the English word

It is a Slow, Silly city. Yes, Silly because that’s its name. And Slow because it has been designated ‘slow’. The beautiful French-speaking community in the Wallonia region of Belgium is as slow as it can get. With 70 kilometres of marked pedestrian trails and the brand new network of cycle paths, one can slowly discover 6 European historic castles hidden in parks full of remarkable trees, churches, chapels, typical old houses and imposing old farms. There’s Eden Slow Tour where the whole family can go cycling and picnic across the city for the entire day through the city and parks. Walk along the centrum Silly to decode WorldWar II history or find a beer connect with India - century old Brasserie de Silly supplies beer to India. Located in southern Finland, Kristinestad is named after Queen Kristina of Sweden

Exactly 6,650 inhabitants in a town by the sea known for its sailing boats and lovingly restored wooden houses. Founded in 1649, Kristinestad has centuries old traditions as a marketing and trading town and a distinguished shipping history with its ship- and boatbuilding traditions. A slow city town since 2011, here, you can visit the 300-year-old Ulrika Eleonora church, famous for its leaning tower, Kattpiskargränden (Cat Whipper’s Alley), and a Wolf cave where they have found signs of human habitation as far back as 120 000 years! From the highest point of Ostrobothnia’s coastline, gape at the big stony fields formed by the Ice Age, rock walls and a rich flora including the rare Clematis Sibirica, a bell-shaped flower. Australia’s first Cittaslow Town, Goolwa (80 kms from Adelaide) was once a thriving river port – the last on the Murray River before it reached the Southern Ocean. Today, Goolwa is  on a mission to get us all to slow down. There are only about 7,000 people in Goolwa but more than 160 individuals, families and businesses are Cittaslow member. The town is still laid-back with a subtle, unpretentious beauty and many wonderful old sandstone buildings dating back to the 1850s. The town also fronts the Southern Ocean where a sand dune boardwalk provides great views and cocklers gather pipis on the beach. Do not miss the steam train - Goolwa Wharf is one of only two places in the world where one can board a steam train and a steam-powered paddleboat. Located in West Cork, Clonakilty is often shortened to Clon

There’s something about Clonakilty in 2017, it was voted the best town in Europe. And it is kind and inclusive at heart- it is Ireland’s First Autism Friendly town. It is also the first rural community in Ireland to have a bike rental scheme. In this Slow  City with less than 5,000 people, laze at Long Strand that has a mile and a half of sand bounded by waves of dunes. Owenahincha is a popular family beach backing onto sand dunes while Dunworley Beach is a tidal beach perfect for a serene swim or walk along the cliffs and is popular with bodyboarders and surfers alike. Nanzhuang is one of the 4 Cittaslow towns in Taiwan

Taiwan has 4 Slow Cities - Fenglin, Nanzhuang, Sanyi and Dalin. In the hilly Miaoli County sits Nanzhuang, a former coal-mining site that’s surrounded by the foothills of the majestic Snow Mountain range. Populated by residents of Hakka descent, this unique village serves plenty of gastronomic Hakka treats, such as braised pork with plum leaves and dried-radish omelettes. The town’s main tourist attraction is the narrow Nanzhuang Old Street, dense with old shops and eateries. With less than 10,000 residents, Alphen-Chaam is sprawled over 10,000 hectares of charming sheltered landscape with fields, forests and heathland. The town situated to the south of the line running from Breda to Tilburg, Alpen-Chaam has everything to slough off urban malice - the forests of Chaam with their streams and convex fields, the ’t Zand recreational area, the Alphen Hills and the heathland in Strijbeek which was a popular get-away for wealthy city folk of days gone by who bought up the land to create vast estates. The municipality has two slow food products within the municipal boundaries: the Chaam Hen and the Kempen Moorland Sheep.

Good to know: For the entire network of Slow Cities around the world, visit CittaSlow official website at: www.cittaslow.org