Updated : February 10, 2020 11:03 AM IST
Parasite is another feather in the cap of Korean cinema.
What strikes you first about Parasite is its inherently commendable storytelling.
If Parasite’s big draw is its screenplay, the film is also generously loaded with symbolism and depth in the narrative.

Over the years, South Korean films have built quite a reputation for themselves. And while it’s rather common to categorise these films as belonging to genres ranging from ‘horror’ or ‘horror-mystery’, several Korean filmmakers have made all-round quality cinema. From mystery-thrillers like Old Boy (2003) and Memories of Murder (2003) to the modern zombie classic, Train to Busan (2016), these movies have garnered a reputation for their storylines, style and technical brilliance, across genres.

Parasite, which is another feather in the cap of Korean cinema, has made history at the 92nd Academy Awards becoming the first non-English language film to win 'Best Picture'. The film has won 'Best Director', 'Best Foreign Language Film' and 'Best Original Screenplay as well'. Without giving much away, Parasite begins by introducing us to the four-member Kim family that lives in abject poverty. Out of work, and being reduced to folding pizza boxes to make a few bucks, Ki-taek, his wife Chung-sook, and their children Ki-woo and Ki-jung leach off their neighbours’ WiFi and do anything to get by — within legal boundaries of course. Things change though, when Ki-woo begins tutoring Park Da-hye whose parents, the Parks, are extremely affluent. Soon enough, the rest of the Kims slowly but surely begin infiltrating the wealthy Park household as fake art tutor, driver and maid, after conspiring to get rid of the existing domestic help, thereby turning parasites. Neither do the Parks know that the Kims are related, nor are they aware that Ki-woo and Ki-jung aren’t teachers, to begin with.

What strikes you first about Parasite is its inherently commendable storytelling. The manner in which the narrative unfolds from scene to scene lets you stay glued to the big screen, without so much as turning away for a second. The film’s director and screenwriter Bong Joon-ho ably utilises cinematic elements like comedy, just the right amount of drama and ample suspense to ensure that you fall prey to his film’s gripping narrative. No wonder Parasite has been nominated for the Best Screenplay Oscar.

If Parasite’s big draw is its screenplay, the film is also generously loaded with symbolism and depth in the narrative. There are several instances in the story where you as the audience pause and digest the symbolism and depth of a dialogue or a certain visual element in the film. This is ably complemented by stellar film-editing, especially the cuts that focus on facial expressions and slow-motion takes, which drive home the narrative to a non-Korean-speaking audience. Even the cinematography, although not nominated for an Oscar, is worthy of mention for its intrinsic influence — like the shots of characters looking at another from windows, which are a nod to the style of Alfred Hitchcock. The film’s wide-angle shots are aesthetically pleasing too.

Parasite’s production design is of a superior breed, given the film’s conscious efforts to juxtapose subterranean poverty with that of affluence and swank living. The Kim’s underground dwelling is of noteworthy mention for the manner in which it captures the film’s setting. In all, Bong Joon-ho ensures that multiple elements of filmmaking come together to do justice to what is a masterpiece of a story. 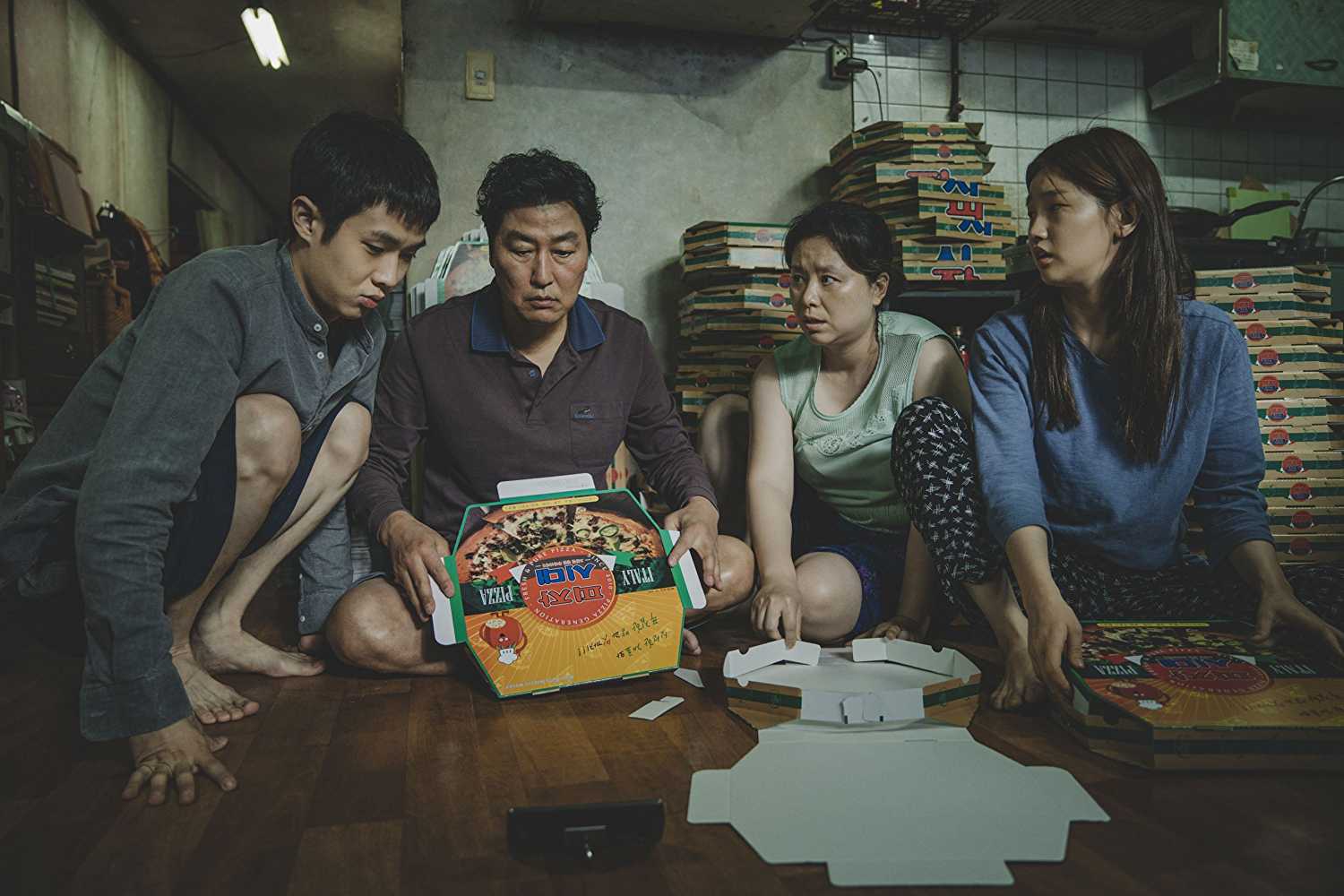 Watch Parasite to get the lowdown on not only an amazing, Oscar-worthy film, but to also be treated to cinematic symbolism, a small dose of philosophy, and a trip to the school of thought.
Tags Academy Awards Korean films oscar Oscars Parasite Parasite review Views