Shiraz: Past and present meet in New York through a silent movie masterpiece

Updated : February 22, 2019 03:25 PM IST
While silent movies had no dialogue it was the musical score which was played live at the screenings and livened up the film and gave it context.
'Shiraz' has held up wonderfully well over the years and audiences are still blown away by the romance, the drama and the sheer spectacle.

‘Shiraz – A Romance of India’, one of India’s films of the silent era, has the distinction of being reviewed twice in The New York Times – once in 1929 when it was first released and now in 2019 in its new avatar. The film, which has had a 2 K restoration by the British Film Institute (BFI) and a fabulous new musical score by Anoushka Shankar, is being distributed by Juno Films in the US and premiered at the Metrograph Theater. It has been shown in several US cities and will be opening at various festivals: Toronto Silent Film Festival, Denver Silent Film Festival and San Francisco Silent Film Festival during April and May 2019. In May it will be available on the new Juno Selects home video label distributed in partnership with MVD.

This Indian/British/German co-production was initiated by Himansu Rai who collaborated on three films with German-born director Franz Osten and the film was shot entirely in India with an all Indian cast in great locations and with lavish costumes. Cast and crew of 'Shiraz'

According to the production background, “The silent trilogy of Light of Asia, Shiraz and A Throw of the Dice all released under the banner of Rai’s Great Eastern Indian Corporation. In 1934, as the sound era dawned, he finally founded the company he had long dreamed of, Bombay Talkies, building it up in the years before his death in 1940, aged just 48.”

'Shiraz' has held up wonderfully well over the years and audiences are still blown away by the romance, the drama and the sheer spectacle.  Based on a play by Niranjan Pal, this saga of how the Taj Mahal came to be built adds in a whimsical back story to the well-known tale.

The actor and producer Himansu Rai plays Shiraz, a village potter who is hopelessly in love with Selima (Enakshi Rama Rau) who was orphaned as a child when marauding bandits attacked the family’s caravan in the desert. When Selima, who is of royal blood, is abducted by slave traders Shiraz follows them to Agra.

She is sold into the harem of Prince Khurram (Charu Roy) and thus follows the story of Prince who is the future Shah Jahan and his love for Selima, the future Mumtaz Mahal who inspired the Taj Mahal.  Shiraz, still hopelessly in love with Selima has an important role to play in the climax of this high drama story. Enakshi Rama Rau and Mohan Bhavnani had a working partnership after their marriage in 1931 starting with Mohan’s popular film titled Vasantsena or The Little Toy Cart.

While most of the participants in this old masterpiece have now joined the great theatre in the sky, this newly restored version is enriched by the wizardry of Anoushka Shankar, who has composed a special music score for the film. While silent movies had no dialogue it was the musical score which was played live at the screenings and livened up the film and gave it context.

The music fits in beautifully, sometimes the dhols mimic the hoofs of the horses charging across the desert; sometimes the music is sad, yearning, meditative by turn; sometimes it coils like a snake and sometimes it moves like a bride. So much is said without any words.

As the New York Times wrote in its new review, “The restored “Shiraz” is further enhanced by the composer-sitar player Anoushka Shankar. As her father Ravi Shankar’s inspired improvisation gave “Pather Panchali” a lyrical jolt, so her dramatic, infectiously percussive score, performed by a traditional ensemble infused with strings and a Moog synthesizer, sets the pace of this movie.”

While ‘Shiraz’ has been well received by audiences and critics, it is particularly special to one New Yorker – Raoul Bhavnani, who is a senior managing director in the strategic communications segment at FTI Consulting.  He is the grandson of Enakshi Rama Rau, star of the Indian silent film era and Mohan Bhavnani who was a major filmmaker of that era. While most of the participants in this old masterpiece have now joined the great theater in the sky, this newly restored version is enriched by the wizardry of Anoushka Shankar, who has composed a special music score for the film.

“The two of them became major champions of Indian film, dance and the arts throughout their lives both in India and abroad,” he says. “I have strong memories of my grandmother, and my mother has been working on an extensive monograph covering a history of my grandparents and their extended families.” In fact, Raoul’s mother has been collaborating with Dr Anupama Kapse of Loyola Marymount University, a film professor particularly focused on India's silent era.

Enakshi Rama Rau and Mohan Bhavnani had a working partnership after their marriage in 1931 starting with Mohan’s popular film of a well-known legend titled Vasantsena or The Little Toy Cart of 1932 in which Enakshi starred.  Mohan had studied film making in England and at UFA, the motion-picture production company in Berlin. 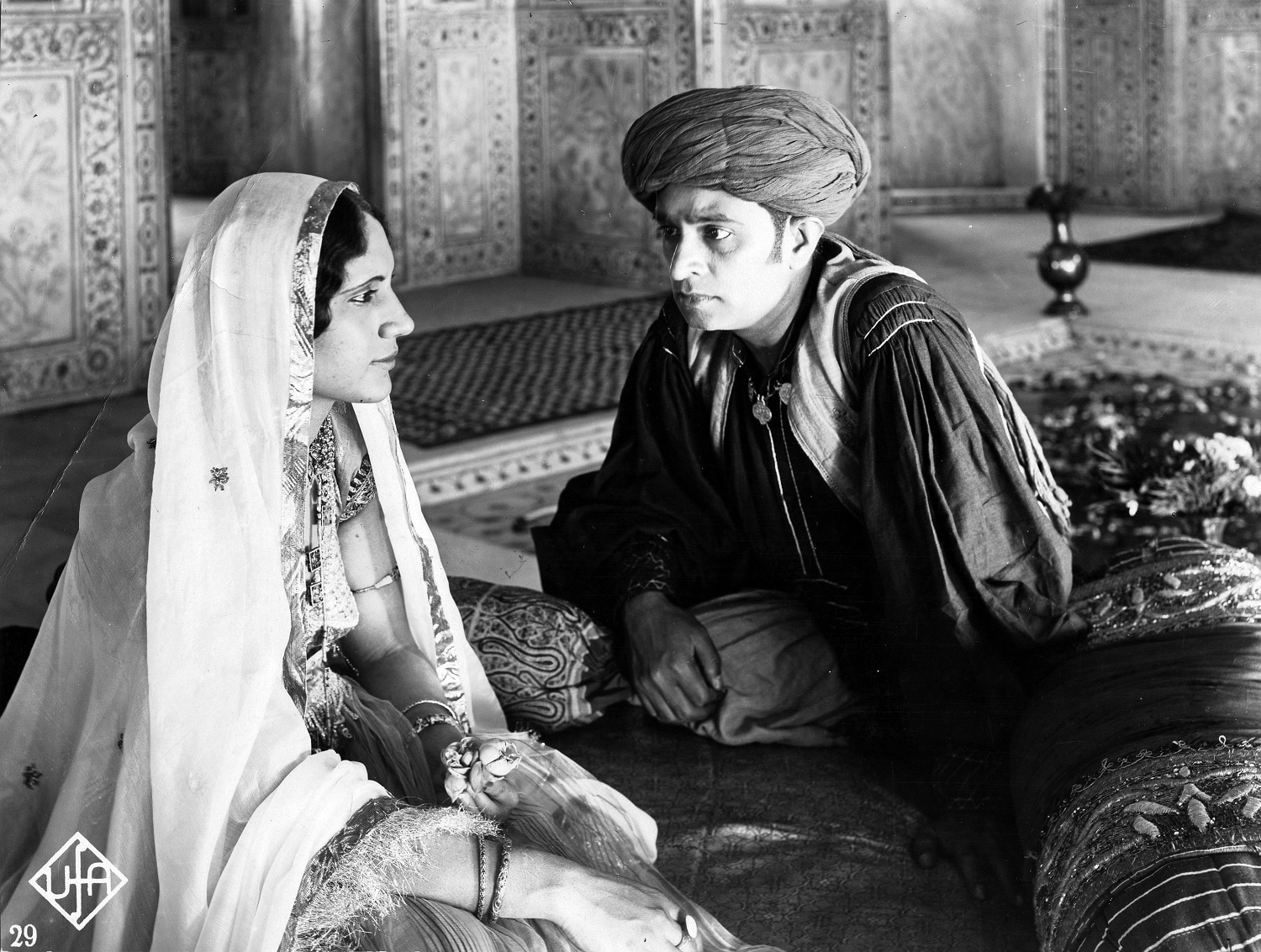 The couple’s partnership continued from the silent era to the talkies and beyond to hundreds of short documentaries produced by the Indian Films Division which Mohan led and for which Enakshi frequently supplied the scripts. They travelled the world from Japan to the US to Scandinavia.

Mohan was invited to the US for a four-month state-sponsored stay in 1954 where they visited the Eastman Kodak facilities in Rochester, NY, Bell and Howell in Chicago, Washington DC, New York, and Hollywood.

Enakshi’s and Mohan’s work partnership culminated in a three-month trip to China in 1958, an invitation extended to Mohan by Premier Zhou En-Lai, resulting in the documentary China on the March which was scripted by Enakshi.

To others, she may have been a star of the big screen but to Raoul, she was a grandma and she often visited them in the US. He says, “She visited us many summers in New York City when I was growing up and we visited her in Bombay in her lovely flat in Pedder Road.

She was a kind,  peaceful and elegant woman, who never raised her voice and listened intensely to others.  She was very interested in the world and in the arts.  She cared passionately for the preservation and promotion of the arts in India.”

Enakshi remained devoted to the arts and culture and gave dance recitals at many venues including Shantiniketan. An avid writer, she wrote several books about Indian arts and crafts, and in 1951 the National Geographic published her piece about her trek to Ladakh.

The passion for the arts seems to run in the family genes. Raoul is founding director and board president of The India Center, Inc., a New York institution that is dedicated to celebrating and nurturing Indian art and artists – both famous and emerging ones. Be it visual arts, cinema or performance art, Raoul and the team at The India Center are always willing to promote, collaborate and showcase, all for the love of the arts and for creating awareness in the US. 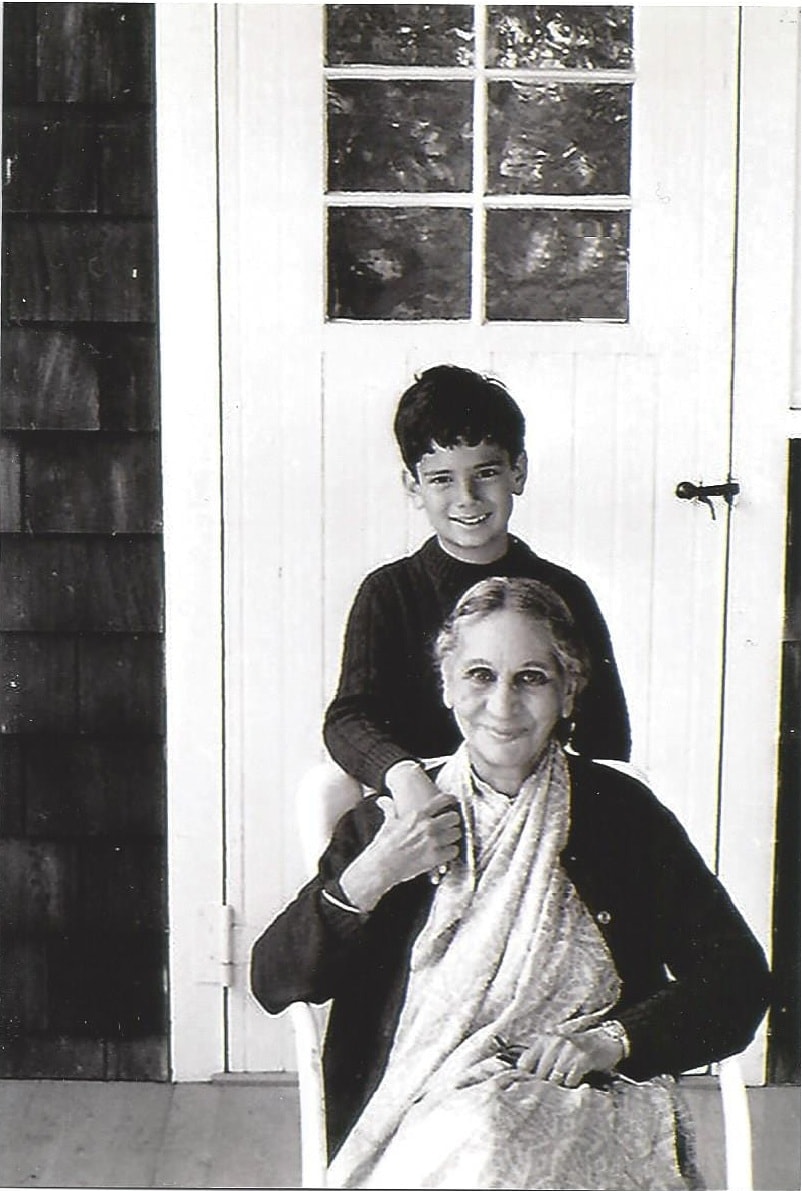 Indeed, the films of the silent era, like ‘Shiraz’ speak to us through efforts like the BMI restoration, through the magic of Anoushka Shankar’s composition and through the efforts of family members of artists like Enakshi who carry on her efforts to keep the arts nurtured and satiated. The legacy of these filmmakers of the silent era certainly lives on.