She made a career teaching kids how to chant Vedic shlokas, because it’s good for them!

Divyaa D, a Bengaluru-based qualified economist who had dabbled in the corporate world, took up a somewhat unconventional career path five years ago: she decided to teach children Vedic shlokas that she had herself learnt as a kid from her parents. What drove her to make the shift into an unchartered turf was missionary zeal.

“The main aim was to keep Indian children abreast of their cultural heritage and roots. That’s how Gurukulam was born in October 2014, the first-of-its-kind shloka school,” she notes.

Divyaa recalls that it was a humble beginning, a small step that preceded a giant leap. At the outset, she started off with a few children in her apartment in Bengaluru, and soon found that many parents were keen on sending their children to attend her classes. Which is when she started to expand by offering lessons in apartments, pre-schools, dance schools, studios and so on.

Over time, Divyaa – who speaks five languages – also coined a name for people like her: shlokapreneur. Gurukulam now caters to kids from age five to 16 across the globe online through Skype and WhatsApp video. Her one-on-one online sessions are called ‘the Mother-Baby Duo class’ where, she states, “kids as little as two or three years old attend with mothers in tow. Mothers are instructed to repeat the whole exercise with the kids in their free time.” The idea is to help mothers and children bond better while also tapping something that is instinctive since children of that age learn better from their mothers.

This year, Gurukulam, which now has a total of 50 students, plans to cast its net wider and add more students; it also aims to offer services pro bono for visually challenged students. 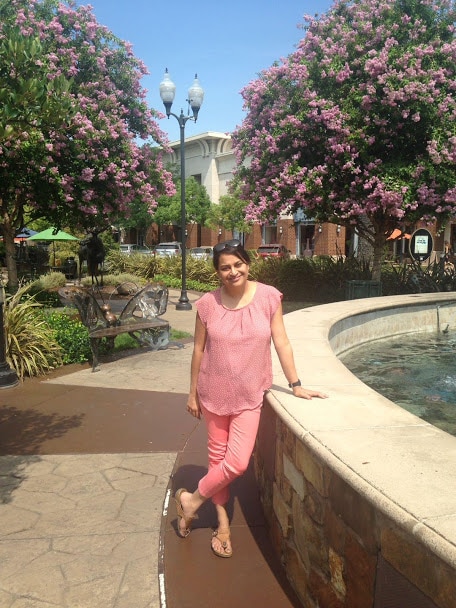 Divyaa’s personal favourite shloka is the Hare Krishna mahamantra. The 38-year-old believes that chanting shlokas is a deeply meditative exercise that helps boost concentration, and lowers tendency for violence and anger among children. In fact, several studies have proven that long-term chanting helps people live calmer lives, endure stress even in high-pressure jobs and trying circumstances, and live longer and healthier lives. Some suggest that chanting could help fight early-stage blood pressure and stress-related complications that have multiplied today.

Divyaa, for her part, feels that living with a close-knit family like hers helps her a lot in her career. Her father is a former banker and mother a homemaker. She occasionally visits her older sister, an architect, in the US. As a teacher, she is glad that she has landed in a profession that taps the roots of our civilisation to not only help young students preserve our traditional knowledge but also tackle the hazards of modern life.