She gave up a career in Biotechnology to sing the blues

Updated : January 31, 2019 06:55 PM IST
For the past two years, she has sung with one of the pioneer blues bands of the country, The Chronic Blues Circus, and now has a band of her own, Midnight Poppies, which mostly plays original music.
It was developed by the black American slaves who worked in the cotton fields, singing about their everyday woes.

Raised in Bengaluru, Rajni Shivaram was all set to follow every south Indian parent’s dream. Armed with a Master's degree in biotechnology from BIT Mesra after having done her engineering in the same stream, the young woman started out on a promising career. But then the blues called, and Rajni followed.

“I've been singing ever since I was a kid. Music was something that came very naturally to me, although it took me years to hone my skills and understand that it takes a lot more hard work than people give it credit for!” says the 27-year-old music entrepreneur with Fuzia. For the past two years, she has sung with one of the pioneer blues bands of the country, The Chronic Blues Circus, and now has a band of her own, Midnight Poppies, which mostly plays original music. 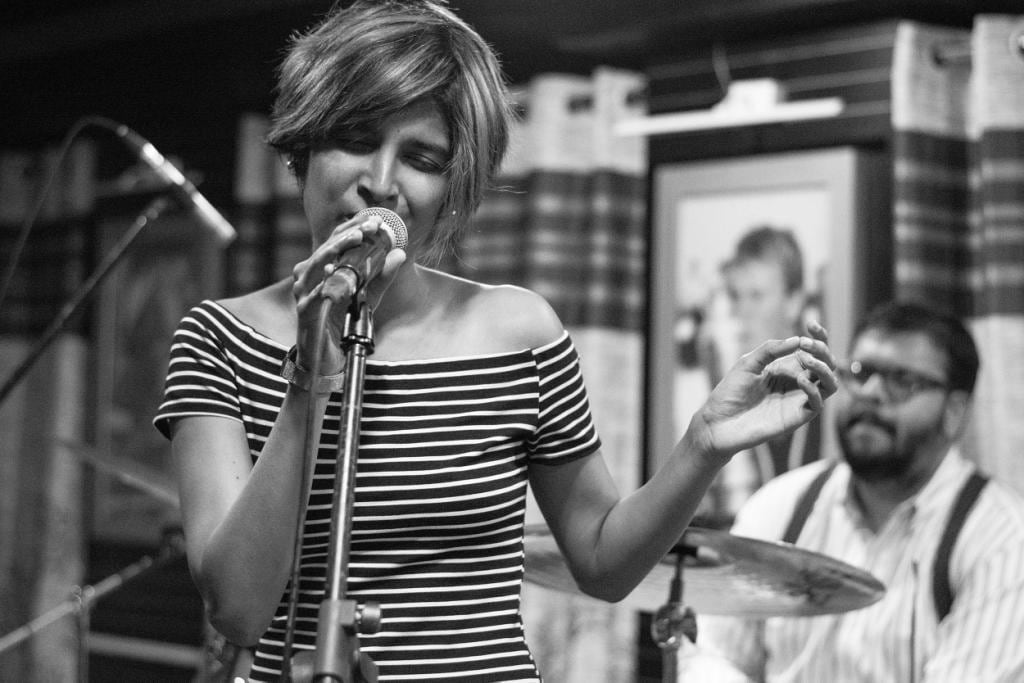 Why was she attracted to the blues? “Simply because it is the layman's music,” she shrugs. “Everyone has the blues! It was developed by the black American slaves who worked in the cotton fields, singing about their everyday woes. It was all they ever had. It is simple music that each of us can connect to, at some level.” Rajni admits she was always a sensitive young girl. In fact, she would often cry listening to KD Lang sing. “I thought I was cursed like that; I would love and get hurt very easily. Not until did music come into my life that I realise it was more of a boon than a bane. I could express myself quite well, because I ‘feel’ so much! I gravitate more towards soul, blues, folk and jazz. Any piece of music I sing should be meaningful for me to be able to express myself really well.” She still cries while singing songs like Fleetwood Mac’s Songbird, or Leonard Cohen’s Bird on the wire. 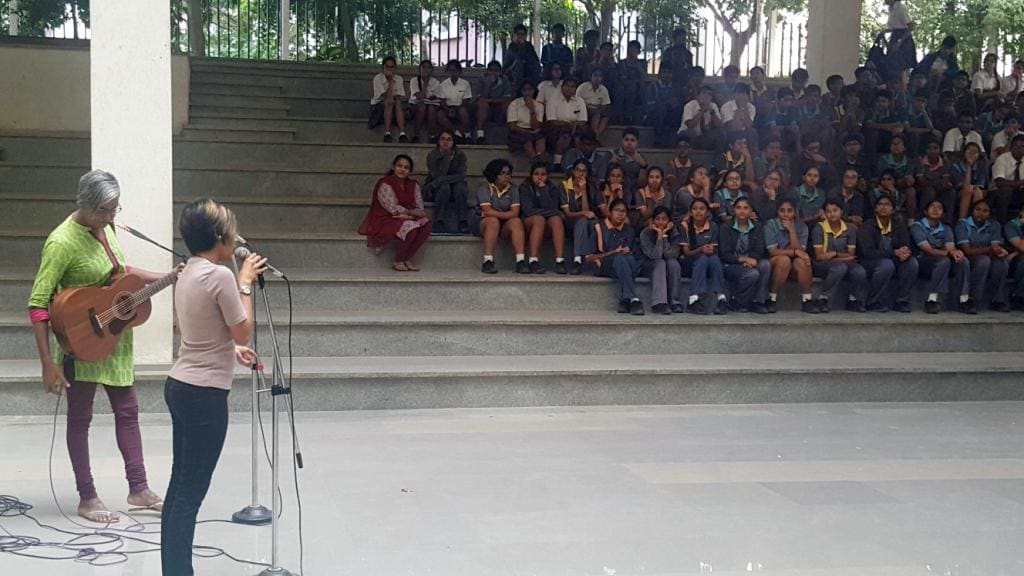 One of her own band’s original compositions, Don't look back, has a similar effect on her. "We are all bound in so many, many ways and yet are trying to free ourselves from the cage we are all put in. Some songs have the power to move anyone, and love is something that transcends every negative feeling that ever exists,” says Rajni, who gives much credit to her “incredibly talented guitarist” and friend Sangeeta Agnes Hosea for making music that touches her soul.

A well-known bassist, multi-instrumentalist and singer, Sangeeta started Midnight Poppies to give wings to ideas that would pop into her head at 12 or 1 am, after a long, hard day's work. After recording one album, she decided she wanted something more, and approached Rajni and a couple of other friends to form a band.

Given that music has given Rajni much strength to deal with challenges and to move away from toxic people and situations, she takes every opportunity to share the knowledge. Along with Sangeeta, Rajni is often to be found at schools around town, giving performances to students and introducing them to the art form. “Instead of celebrities, I think young people today are more inspired by everyday regular people just doing their jobs to perfecting, putting their hearts and soul into it,” she says.

It helps that music has helped Rajni get closer to that infinity she calls "God". “It is something that helps you connect with yourself and those around you. It teaches you empathy, and how important it is to love and be loved,” she often tells students. It’s also a great way to vent out one’s frustration and transport oneself to another world. “Music is quite literally magic! It is my happy place. At the same time, it can convey the deepest, darkest feelings that wouldn't be possible otherwise,” she says.

Having challenged social conventions, both in terms of a professional detour and choosing to be single, Rajni often faces “nasty” situations in life and showbiz. “I stick to the people I trust and believe in, and I am not easily enticed by the offers that come my way. Respect for my art has kept me going,” Rajni affirms. “It is an uphill task, really, but it is something I am ready to take on.”