Ready Or Not: High on shock, low on thrill

Updated : September 14, 2019 01:18 PM IST
One of the greatest assets of Ready Or Not is that the film doesn’t seem to take itself seriously.
Make no mistake: Ready Or Not is a gory film, with plenty of scenes that just aren’t for the faint-hearted.

A common bottleneck that most horror-thriller flicks encounter in the course of their narrative is that of the back-story. It’s the usually this juncture that can either make or break the film. A great back-story makes the pieces of a puzzle fit like a glove, to build the foundation for entertaining cinema. On the other hand, a bad one — far-fetched, unconvincing or just plain predictable — see the film’s IMDB ratings take a beating. That is precisely why the Bettinelli-Olpin-and-Tyler-Gillet-directed Ready Or Not makes for great viewing — there is no back-story, and therefore no potential of losing control of a good narrative.

The film opens on a young, blonde, bold and beautiful Grace (Samara Weaving) who is all set to marry her boyfriend of 18 months, Alex (Mark O’Brien), who is incidentally heir to the Le Domas gaming empire. It doesn’t take you long to figure out that the Le Domas’ are as creepy as can get — a modern-day Adam’s Family, right down to individual caricatures. There’s the scary-looking aunt, the eerily friendly mother, the black-sheep alcoholic brother, a cocaine-sniffing overtly friendly sister, and a plain evil dad. But who cares? Grace loves Alex, and that’s all that should matter, right? Wrong. A scene from Ready Or Not film

The trouble begins when on the night of the wedding, Grace’s in-laws insist that she participate in a family tradition — a customary game night that all daughters and sons-in-law must partake in, before being “initiated” into the family. At first, what seems like an apt family quirk (the Le Domas’ have invented multiple board games, remember?) soon turns into a nightmare for Grace as things begin taking a turn for the eerie.

Aside from keeping the narrative simple, Ready Or Not has quite a few positives going for it. The first few scenes let you experience eeriness from Grace’s perspective, thanks to great lighting. For instance, the initial scenes are almost completely candle-lit, which lend a Barry-Lyndon-esque touch to the film — almost as if you’re watching a classic painting come to life.

It’s here that the film’s casting scores a big win. Aunt Helene (Nicky Guadagni pulls off a stellar horror-loony act) stands out as the scariest aunt in the world, while Alex’s mom, Becky Le Domas (Andie MacDowell) manages to turn from mother-in-law to monster-in-law with consummate ease. You can’t ignore the Le Domas’ bumbling daughter Emilie whose drug problem is a laugh riot amidst the gore. These characters hold the movie together, they are its foundation, and their brilliant and deliberately sketched caricatures lead to the third stand out element of the film: its dark comedy. 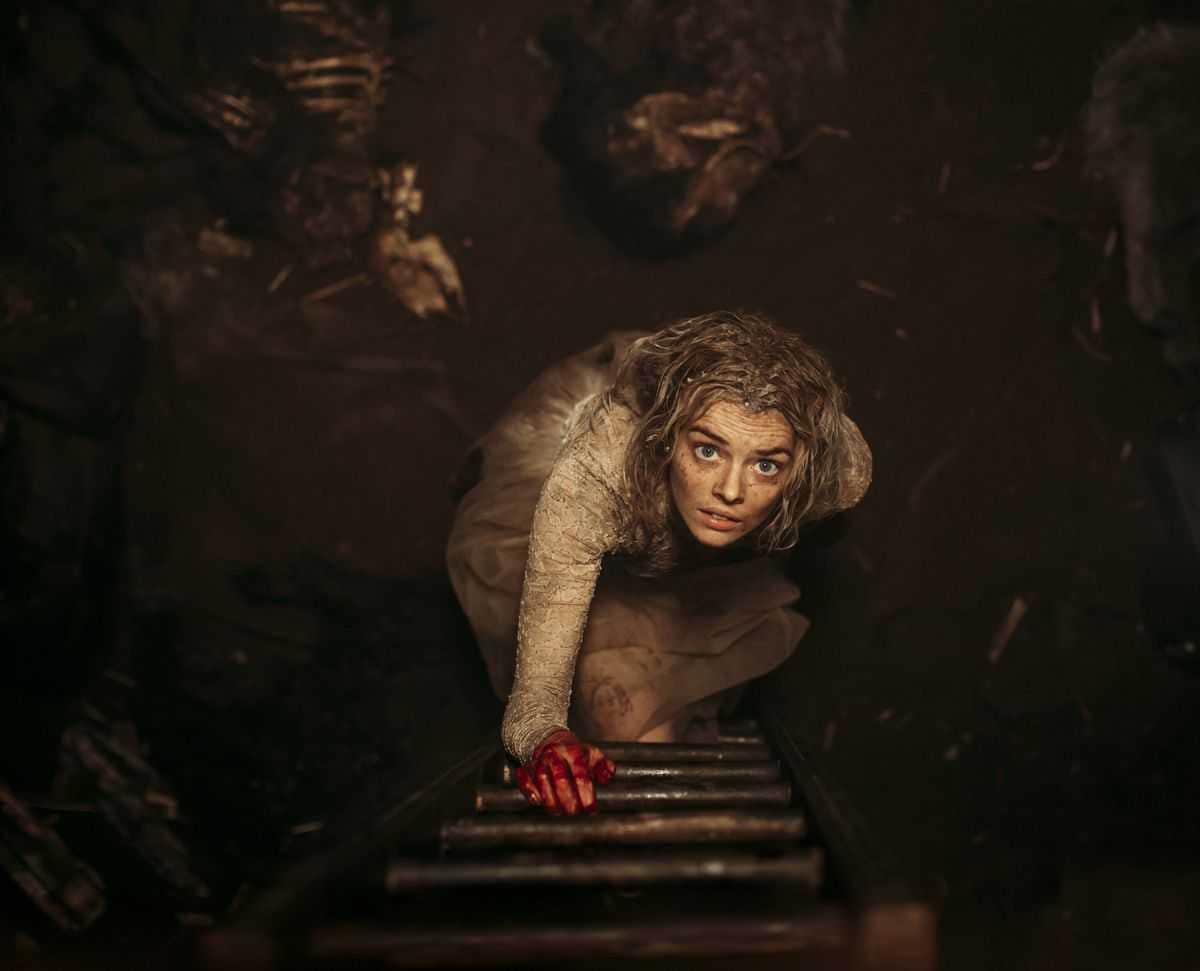 A scene from Ready Or Not film

One of the greatest assets of Ready Or Not is that the film doesn’t seem to take itself seriously. With more than usual supply of comedy for a horror film, writers Guy Busick and Ryan Murphy tickle your funny bone on more than just a few occasions. Of course, chances are you’d find most of it funny only if you have a taste for dark humour. However, a great deal of the comedy also stems from good writing too — Busick and Murphy have managed to use dark situations like disposing of bodies to elicit comedy, scoring a big tick when it comes to acing the genre.

Make no mistake: Ready Or Not is a gory film, with plenty of scenes that just aren’t for the faint-hearted. There’s a lot of blood, a steady body count and gory deaths. Despite these ingredients, the drawback is rather easy to observe: for a horror-thriller, there are few thrills. I couldn’t help but notice the fact that I was hardly jump-scared through the course of the film. However, what it lacks in jump scares, the film makes up for in shock value through plenty of blood, guts and gore. It’s a feature that also manages to keep you guessing till the very end — until it shocks you again. 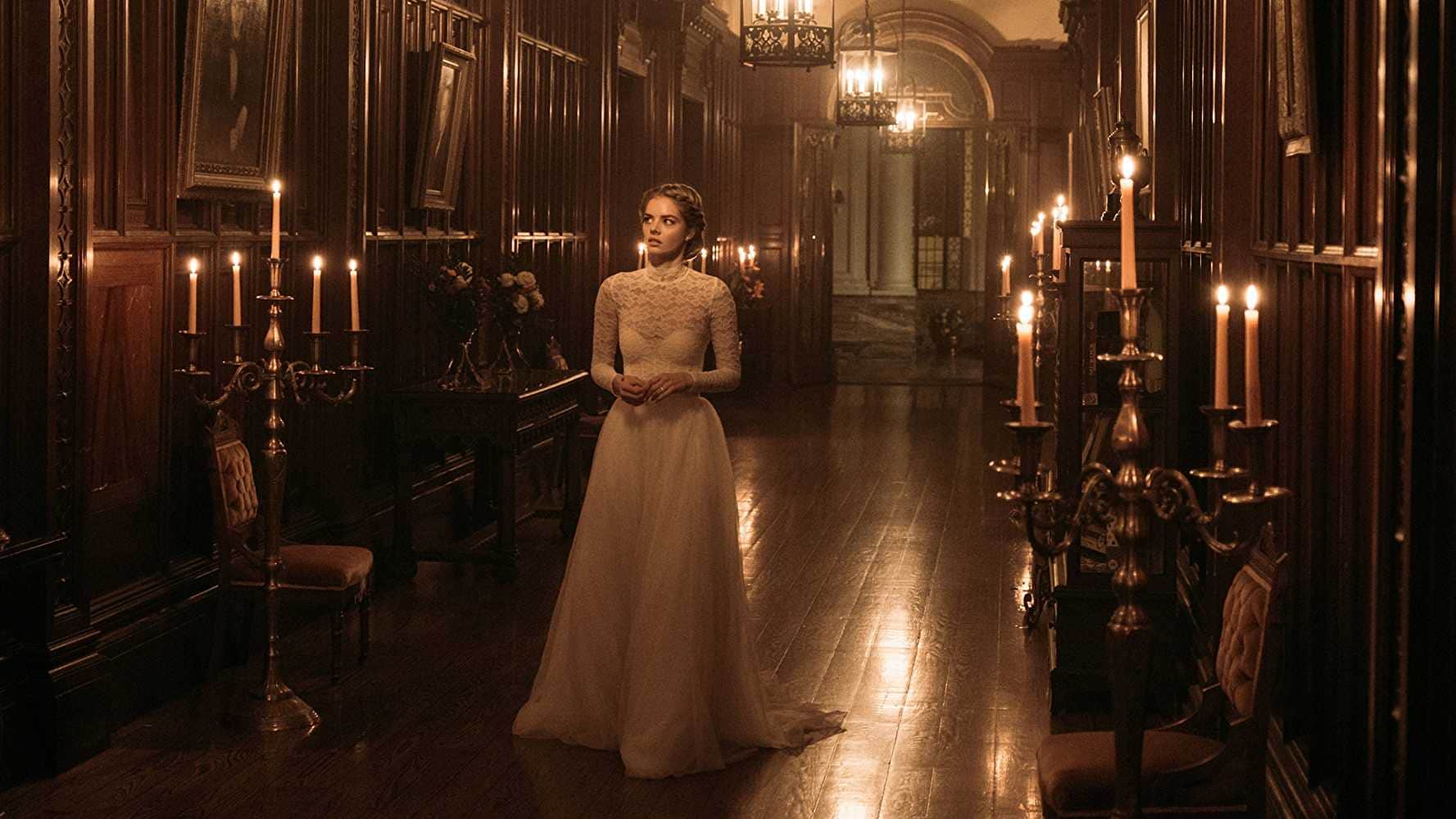 A scene from Ready Or Not film
Don’t watch Ready Or Not if you’re easily put off by gore. Watch it though, if you’re ready for the bizarre and live for the shock value that the film comes with. Do watch it if you’re the kind who texts while watching a movie because the light, airy narrative will not demand your complete and undivided attention. This one’s an entertainer.
Tags Guy Busick Matt Bettinelli-Olpin Ready Or Not Ryan Murphy Tyler Gillet unwind