Rajinikanth's 2.0 review: One big angry bird and one cool mini me

Updated : December 01, 2018 09:05 AM IST
This film is neither a Rajini film, neither is it an Akshay Kumar film. It falls in the cracks despite all the special effects.
Nor is there any Super Star style evident when Rajini uses his angavastram to yank the jhoola down and sit down in front of Ramya Krishnan.

The sound of, ‘Super Star! Super Star! SuperStar!’ reverberates through the theater and I find myself alone whooping in a multiplex crowd that is almost full. People are too embarrassed to cheer along, methinks. But the 3D intro has dragged me into this story.

Rajinikanth the phenomenon can do no wrong as far as the fans are concerned, and I am like the college kids who visit Dr. Vaseegaran’s Artificial Intelligence Lab to interview him and I gape at his ageless face. Ever since I was part of the madness of First Day First Show of his film Baasha in Chennai, I’ve tried to understand then given up logic and joined the fans who wear coolers only to be like the Thalaivaa! I have seen how the reels of film are blessed by temple deity before the first screening, how theater managers put camphor on their palms and burn it on the first entry of Super Star Rajini as aarti. How milk is poured in the abhishgham ritual. And how fans danced the ‘Naan autokaran’ drunk on Rajini’s magnetism. I loved the film so much, I have mouthed his dialog to electric poles in the neighborhood (in the film the villain is finally left tied to the pole, beaten!) And I prefer Rajinikanth uprooting the handpump scene to the one which made Sunny Deol famous. Rajini is the original dude!

The film shows that there’s a new enemy in town: cell phones. And there’s some hokey science to support this villainy. That cell phone tower radiation is killing birds. I want to raise my hand and ask then why are so many more pigeons and crows in the cities now? Maybe because they are evil birds. Right now, on screen, the city folk watch helplessly as their cell phones fly away, snatched by something invisible.

Call me spoilt, but we’re used to action scenes made by Marvel and Disney and Pixar and Warner, we’re used to action on Netflix and Amazon Prime. Action on screen, whether it is a sea of cell phones or highway of hell or birds seems to be happening in slow motion. I like the idea of an angry bird made of cell phones, but like most cell phone connections, this is a tad slow. You want the wave to engulf the bad guys quickly, these are smartphones, but look like they’re on need a software upgrade or something. The special effects are a bit tacky in the first half. And I miss the music. But as Vaseegaran says, ‘Dot!’ Whatever.

Ooooh! Danny Denzongpa’s son is Sudhanshu Pandey, and he’s pissed off that Chitti had killed his dad in Robot the film. Adil Hussain (rather dashing in his politician’s garb of Nehru jackets and kurta pajama) is Home Minister who asks Dr. Vaseegaran to bring Chitti back to life to help save the world from Angry Cellphone Bird. Of course like all Shankar movies, the villain also has a sad backstory supporting his cause. I groan into my coffee. Angry Bird is actually sweet old Pakshirajan (Akshay Kumar in Kamal Haasan from Indian type prosthetics). I choke at learning the name: Bird Man called Pakshirajan. And this is where it goes downhill…

The souls of dead birds together form the big Angry Bird made up of cell phones. And then it turns into Bird Man who sets Chitti on fire. Wait a minute! shouldn’t the flammable phones be easier to burn than the robot who could turn into all kinds of gadgets, including a fire hydrant?

The fangirl inside me is being strangled slowly. One, by the pace of the film and two, with the implausible turn the story has taken. The positive energy machine that will neutralise the negative energy of the Angry Birds looks laughable (like toilet seats covered by little dish antennas) and my hero Rajini has nothing to do but to sit at a computer console watch Chitti direct the positive energy rays to kill the Bird guy, making sure the bus with the machine does not topple over. The positive rays win. And the bad guy is dead. Sigh.

The movie is well over 150 minutes, but it’s not over! Football world cup is in Chennai and Sudhanshu Pandey has sneaked into the AI Museum and released the bad guy again. Teeth-grindingly shoddy this is turning out to be. Akshay Kumar with terrible teeth and feathers was fun to watch for a while but this is never ending. Thankfully, there’s a Mini-Me that rescues the film. Hardly original, but at least the audience tittered happily with the angry birds. Of course Chitti is resurrected (hence 2.0) in the last twenty minutes of the film where the Bird Man threatens to blow up a stadium full of footie fans and Chitti (with a Honda logo displayed on his manly arm in the most awfully obvious marketing tie-up) saves the day. Unfortunately, his battery runs out again (and so does our patience) and viola, Mini Me (not one of the most original ideas) rescues the plot. All pigeon hating person in the audience whoop with delight when Mini Me threatens to wring their necks.

Shankar is known for great special effects in his films. You will love the simple but powerful special effects of water in his horror film called Eeram (moisture) and in Anniyan (where we saw a different kind of bird)  Here, Mini Me works wonderfully but only after we have gasped for air with the rest of the film. And no, ‘Dot!’ as a Rajini dialog is not as good as his repartee with Raghuvaran, ‘Manik Baasha’. Nor is there any Super Star style evident when Rajini uses his angavastram to yank the jhoola down and sit down in front of Ramya Krishnan… This film is neither a Rajini film, neither is it an Akshay Kumar film. It falls in the cracks despite all the special effects. He has said, ‘Pera kettaale chumma adhirudhulla! (Doesn't everything quake at the mere mention of my name?) but here, you just want to go back home and watch Baasha or Muthu or Padaiyappa again... 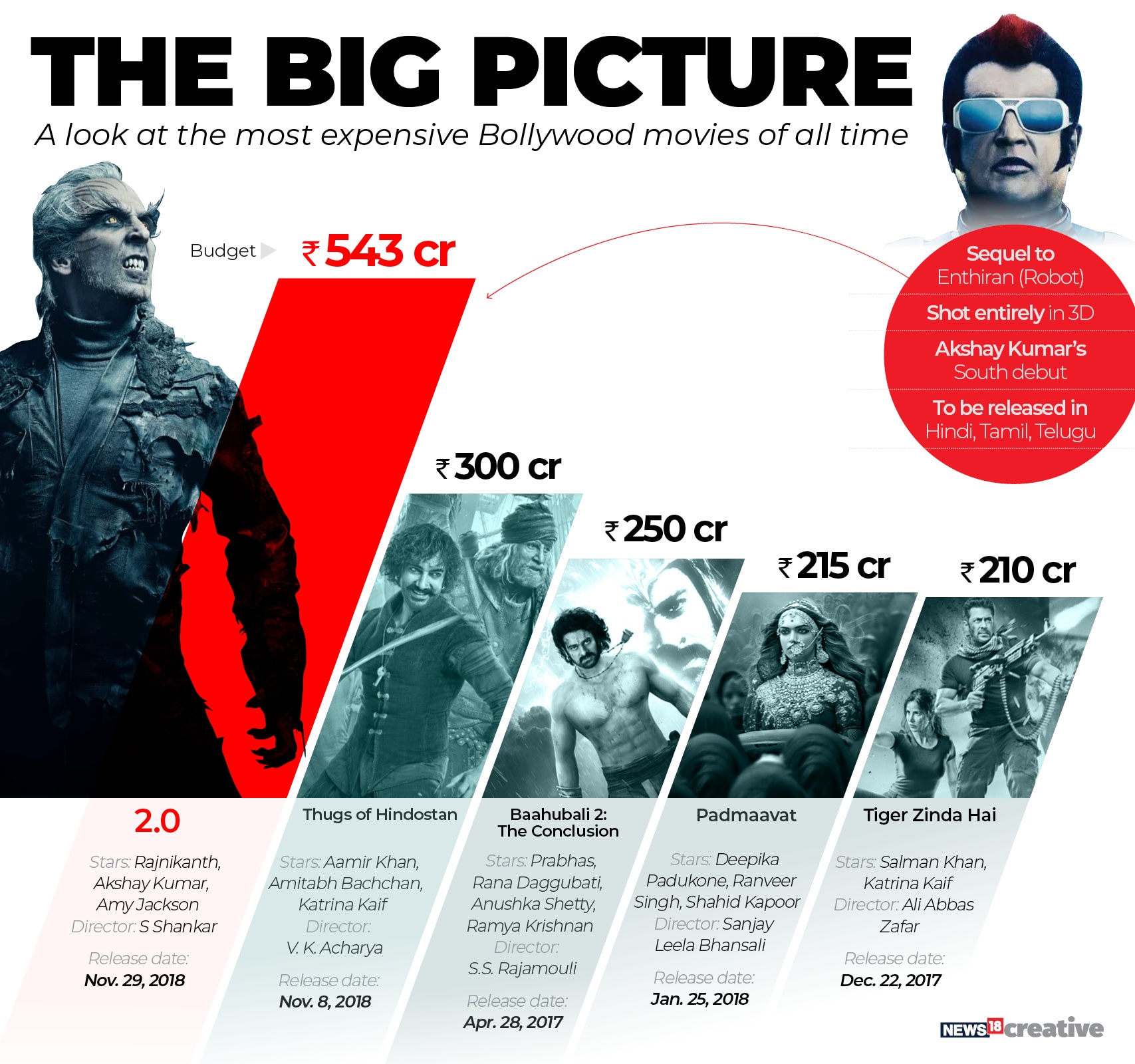