In Focus: A visit to the Naropa festival in Leh, the largest Buddhist congregation in the Himalayas

Men, women, children are trudging up the undulating terrain towards the monastery. It is an arduous trek but that does not daunt the pious and the onlooker. The 5-day Naropa Festival is their communion with Naropa (1016-1100), an Indian scholar-saint who became the Chancellor Nalanda University but later left the materialistic world and his family to the path of enlightenment. At the age of 40, he met his Guru Talopa and attained enlightenment 12 years later. His teaching of the Six Yogas of Naropa are considered to be one of the fundamental pillars of the Vajrayana Buddhist tradition.

Known as the Kumbh of the Himalayas, the Naropa Festival, the largest Buddhist festival in the Himalayan region, is held every 12 years at the Hemis Monastery. The 2018 Festival could mark the beginning of an annual tradition of hosting the festival which included spiritual discourses, traditional dance performances, prayers, archery, fashion shows and performances by eminent singers of the Hindi film industry. Hemis Monastery: Built in 1630 by Druk Staktsang Raspa, a student of the 5th Gyalwang Drukpa, the monastery is housed under the holy cave of Gyalwas Gotsangpa, one of the two most illustrious disciples of the first Gyalwang Drukpa. The Hemis Museum has a huge collection of ancient artefacts, some dating as far as 2,000 years. Photographed here is a part of the monastery, the venue of the 2018 Naropa Festival. Photo Credit-Preeti Verma Lal 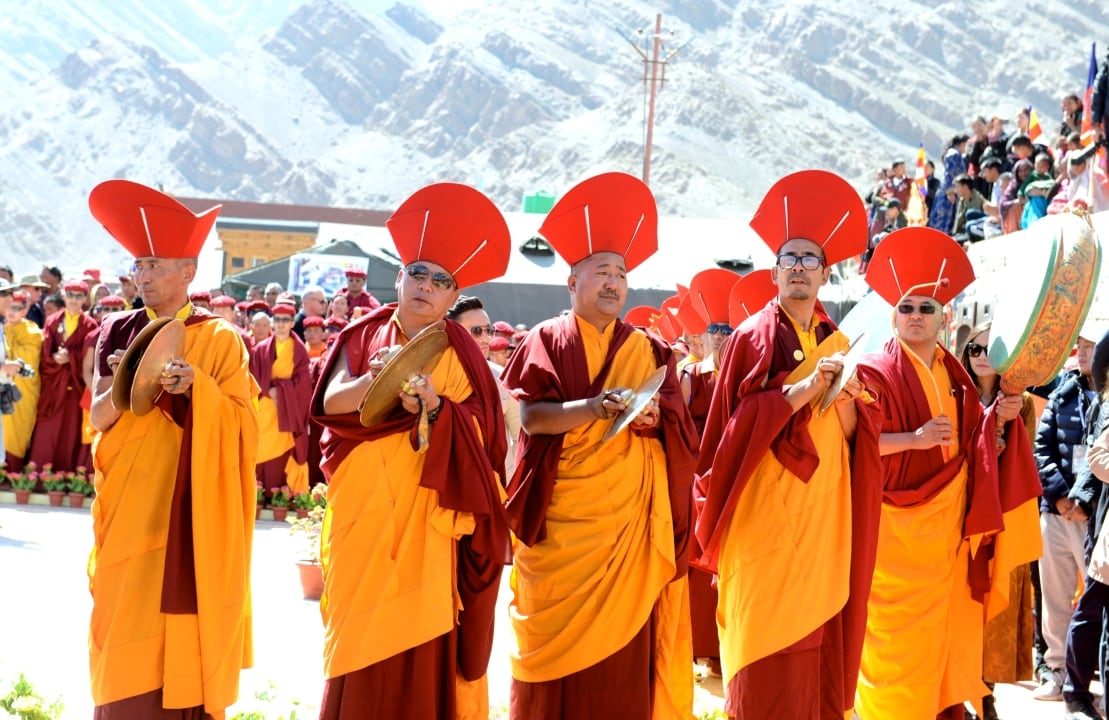 Monks wait for the arrival of the sacred Six Bone Ornaments. According to Buddhist lore, at the moment of his enlightenment, Naropa was offered the Six Bone Ornaments by the Dakinis who later flew into the sky. One of the most referred relics of Buddhism, the ornaments include anklets, bangles, crown, earrings, necklace and seralkha. Devotees believe that the mere sight of these ornaments would confer blessings so great that the doors to the three lower realms - animal, hungry ghost, and hell - are closed. Photo Credit-Preeti Verma Lal 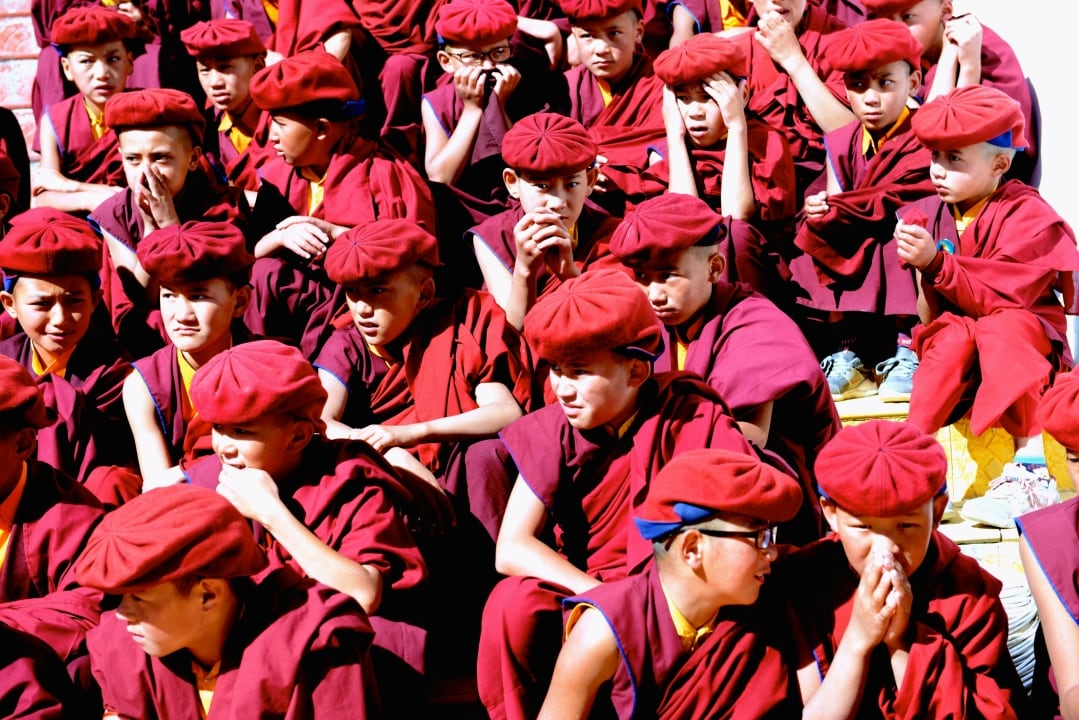 Young monks: A bunch of young monks wait on the staircase of the monastery during the Festival which included performances by Hindi film singers Kailash Kher, Sonu Nigam, Papon, Swaransh Mishra, among others. Photo Credit-Preeti Verma Lal Largest Thangka of Buddha Amitabha. One of the largest thangkas in the world, the 60 feet silk embroidered brocade of Buddha Amitabha was unfurled on Day 2 of the Naropa festival. Perched on a metal scaffolding, the Thangka was open for public viewing between 8 am and noon for four days. Photo credit- Himanshu Pandya. 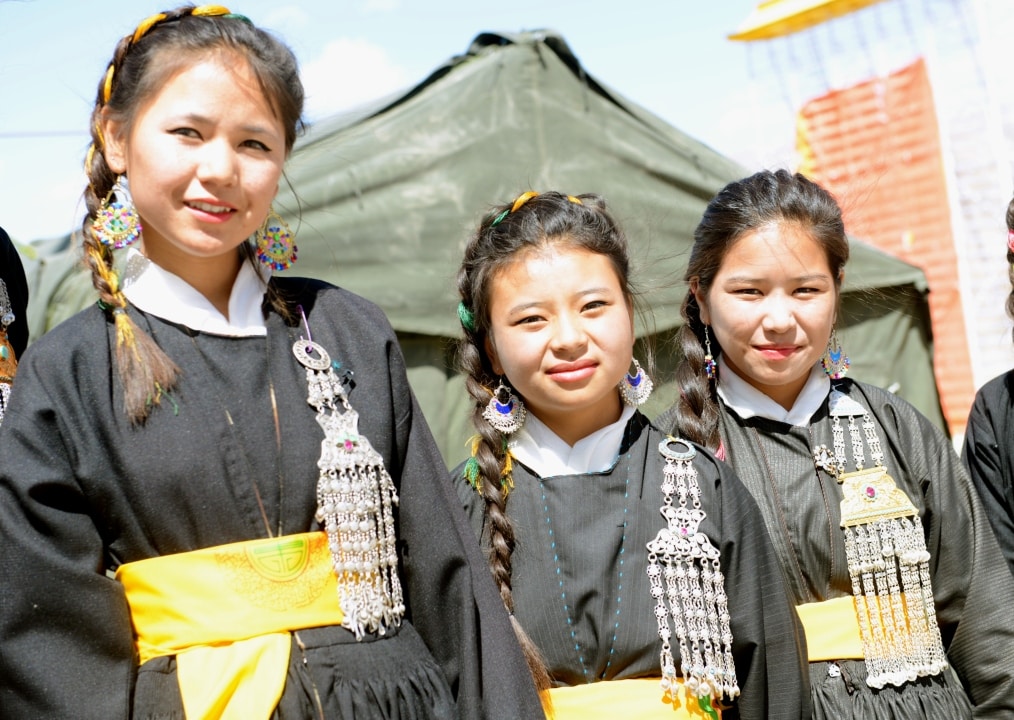 Shaping the Future of the Himalayas: The Naropa Fellowship, a one-year residential programme for post-graduate candidates, was officially launched at the Festival. The inaugural Founding Class of 50 fellows commenced on September 1, 2018. “The Naropa Fellowship is empower the next generation to recognise what is needed and to innovate solutions for the sake of local development and global recognition,” said His Eminence Drukpa Thuksey Rinpoche. Photographed here are the students of Druk Padma Karpo School, also known as Rancho School (Hindi film 3 Idiots). Photo Credit-Preeti Verma Lal The Naropa Festival also showcased traditional Ladakhi culture including dances from different regions/tribes. Photographed here is a woman performing the Jabro, a community dance of the nomadic people living in the high hills of Changtheng area of Ladakh. Photo Credit-Preeti Verma Lal The monk who wore the Dolce & Gabbana sunglasses. With a prayer wheel in hand, this old monk, joins the crowd for a glimpse of archery competition and Incredible Ladakh fashion show. The festival drew huge numbers of Buddhist devotees, in particular followers of the Drukpa lineage of Vajrayana Buddhism. Photo Credit-Preeti Verma Lal 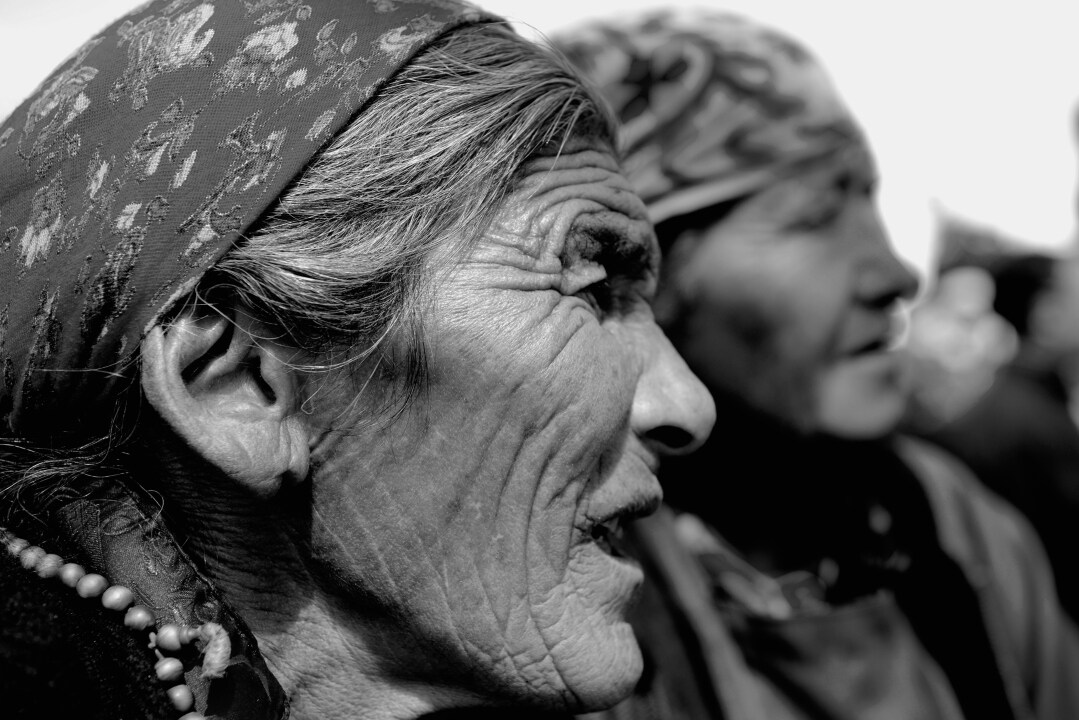 A devotee at the Naropa Festival. Live to Love foundation along with Waterkeeper Alliance and Himalayan Glacier Waterkeeper, founded by His Holiness Gyalwang Drukpa, have launched a first of its kind initiative to protect the waters of the Himalayas. The Drupka Master has also initiated environmental/social campaigns like tree plantation, animal/poultry rescue centre, no-plastic and proper garbage disposal in the area. Photo Credit-Preeti Verma Lal 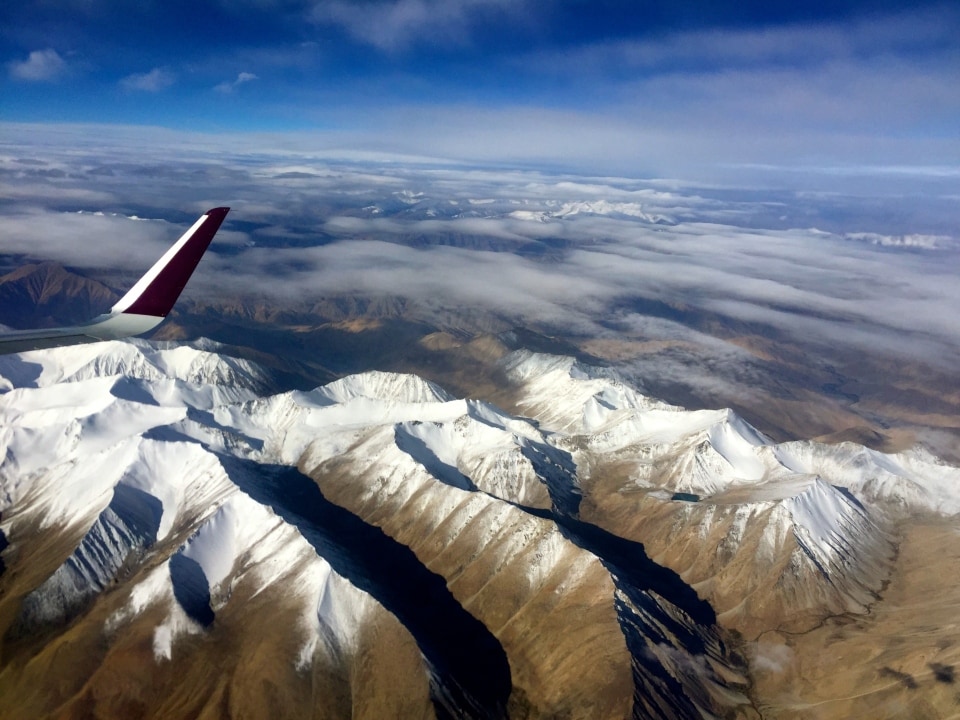 A view of Ladakh from the aircraft. Ladakh’s history can be traced back to the Neolithic Age. It finds mention in early historic accounts of Herodotus, Ptolemy and Chinese traveler Hsuan Tsang. Initially part of the Kushan Empire (1st century), Buddhism spread through the region via the trade routes. Considered the 12th reincarnation of the Naropa, His Holiness Gyalwang Drupka heads the Drupka lineage now and is a world-renowned humanitarian. Photo Credit-Preeti Verma Lal
Preeti Verma Lal is a Goa-based freelance writer/photographer.
Tags Hemis Monastery Leh Naropa Festival unwind