Men are 100% responsible for unwanted pregnancies, should be penalised for it

Men are 100% responsible for unwanted pregnancies, should be penalised for it 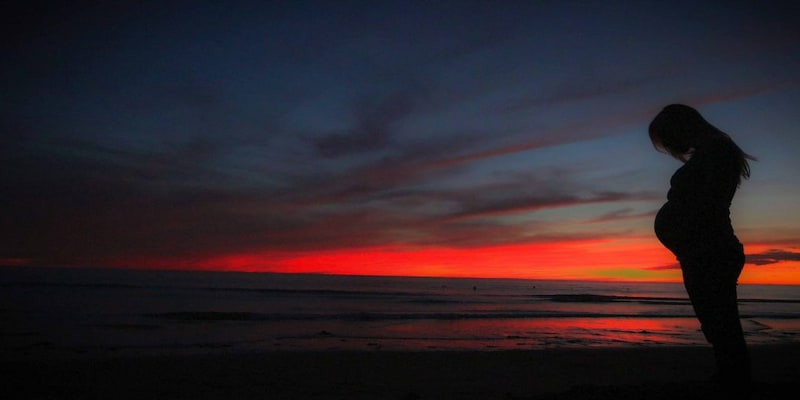 Author Gabrielle Blair has kicked up a Twitter storm with a series of tweets on the burden of abortion.

Author Gabrielle Blair, founder of Design Mom and Altitude Design Summit, has kicked up a Twitter storm with a series of tweets on why the burden of abortion should be on men since they are 100 percent responsible for unwanted pregnancies.

The mother of six, who belongs to the Mormon faith that does not permit abortion, says she has been listening to men "grandstand about women's reproductive rights", and is convinced that men actually have zero interest in stopping abortion.
In scores of tweets that have collectively got hundreds of thousands of retweets, she explains that if a society wants to stop abortion, it needs to first prevent unwanted pregnancies. And men are 100 percent responsible for unwanted pregnancies, she says, due to irresponsible ejaculations.
"Women can only get pregnant about two days each month. And that’s for a limited number of years. That makes 24 days women might get pregnant. But men can cause pregnancy 365 days a year. In fact, if you’re a man who ejaculates multiple times a day, you could cause multiple pregnancies daily. In theory, a man could cause 1000+ unwanted pregnancies in just one year. And though their sperm gets crappier as they age, men can cause unwanted pregnancies from puberty till death. So just starting with basic biology + the calendar, it’s easy to see men are the issue here," she writes.
The California-based blogger also brings up counter arguments about birth control, such as, "If a woman doesn’t want to risk an unwanted pregnancy, why wouldn’t she just use birth control?"
She answers it in the next tweet: "Modern birth control is possibly the greatest invention of the last century, and I am very grateful for it. It’s also brutal. The side effects for many women are ridiculously harmful. So ridiculous, that when an oral contraception for men was created, it wasn’t approved because of the side effects. And the list of side effects was about 1/3 as long as the known side effects for women’s oral contraception."

Essentially what she points out is that society doesn't really mind if women suffer, as long as it makes things easier for men.

And it's not just the physical suffering and side effects; birth control options for women also require a doctor’s appointment, a prescription, and consistent daily use without any room for mistakes or forgetfulness. It’s not free, and often not cheap, she says.
"In fact, there are many people trying to make it more expensive by fighting to make sure insurance companies refuse to cover it. Oral contraceptives for women can’t be acquired easily, or at the last minute. And they don’t work instantly."
She contrasts them with birth control for men: "Condoms are readily available at all hours, inexpensive, convenient, and don’t require a prescription. They’re effective, and work on demand, instantly. Men can keep them stocked up just in case, so they’re always prepared. Amazing!"
Gabrielle also testifies that, in general, women love when men use condoms: "They keep us from getting STDs, they don’t lessen our pleasure during sex, or prevent us from climaxing." In fact, it seems downright odd they aren't used more often.
https://twitter.com/designmom/status/1040363446821281792
It all boils down to male pleasure. "Apparently it’s because for the minutes they are penetrating their partner, having no condom on gives the experience more pleasure. So… there are men willing to risk getting a woman pregnant — which means literally risking her life, her health, her social status, her relationships, and her career — so that they can experience a few minutes of slightly more pleasure? Is that for real?"
She clarifies that it's not that sex with a condom is not pleasurable at all, just it probably isn't as pleasurable as without one. "Let me emphasize that again: Men regularly choose to put women at massive risk by having non-condom sex, in order to experience a few minutes of slightly more pleasure."
There is also another option men can use, she says: to pull out before ejaculation. "It’s not perfect, and it’s a favorite joke, but it is also 96 percent effective." And once again, very few men actually use this option because it's slightly more pleasurable to climax inside a woman rather than outside.
"It’s mind-boggling and disturbing when you realise that’s the choice men are making," Gabrielle goes on. The situation may have resulted from the training men receive that "their pleasure is of utmost importance in the world", never mind the consequences for another person's life.
Indeed pleasure itself is a loaded argument, as men can't get a woman pregnant unless they have an orgasm. Gabrielle says: "We can conclude getting a woman pregnant is a pleasurable act for men. But did you further know that men CAN get a woman pregnant without HER feeling any pleasure at all?"
“In fact, it’s totally possible for a man to impregnate a woman even while causing her excruciating pain, trauma or horror."
In contrast, she rightly points out, a woman can have non-stop orgasms with or without a partner and never once get herself pregnant: "A woman’s orgasm has literally nothing to do with pregnancy or fertility — her clitoris exists not for creating new babies, but simply for pleasure."
She summarises her argument: "No matter how many orgasms
https://twitter.com/designmom/status/1040364013715054592
She goes on to expand the idea of responsibility. Men just never think of pregnancy or even associate sex with babies. "Why? Because there are zero consequences for men who cause unwanted pregnancies," she says.
Though men are 100 percent responsible for unwanted pregnancies, 100 per cent of the burden of abortion, or giving birth and putting it up for adoption, or raising the child falls on the woman.
There's only way solution, she say: "Stop protesting at clinics. Stop shaming women. Stop trying to overturn abortion laws. If you actually care about reducing or eliminating the number of abortions in our country, simply HOLD MEN RESPONSIBLE FOR THEIR ACTIONS."
She suggests two ways to do this, both of which she weighs against the "harsh, painful, nauseating, scarring, expensive, risky, and life-altering" consequences that women have to face after going through an unwanted pregnancy.
The first is castration. "Does castration seem like a cruel and unusual punishment? Definitely. But is it worse than forcing 500,000 women a year to puke daily for months, gain 40 pounds, and then rip their bodies apart in childbirth? Is a handful of castrations worse than women <em>dying</em> during forced pregnancy and childbirth?" she argues.

If there was a well-implemented, well-publicised castration law, Gabrielle argues, in three months or less, abortions would virtually disappear.

She also has a point for 'pro-lifers', or those who are 'anti-abortion': "For those of you who consider abortion to be murder, wouldn’t you be on board with having a handful of men castrated, if it prevented 500,000 murders each year? And if not, is that because you actually care more about policing women’s bodies, morality and sexuality, than you do about reducing or eliminating abortions?"
If physically punishing men for unwanted pregnancies was too harsh for people (men) to digest (even if they didn't mind women being physically punished for it), she also has another idea: Vasectomy.
"At the onset of puberty, all males in the US could be required by law to get a vasectomy. Vasectomies are very safe, totally reversible, and about as invasive as a doctor’s exam for a woman getting a birth-control prescription."
Because vasectomies are reversible, any man of childbearing age can choose to undo it when he wants to have a child responsibly.
"Men mostly run our government. Men mostly make the laws. And men could eliminate abortions in three months or less without ever touching an abortion law or even mentioning women," she sums up.
https://twitter.com/designmom/status/1040366364337201152
Gabrielle's arguments will probably never come up for legal consideration in her country unless more women take on positions of power in the American government. If by some miracle they do, it would set an important precedent for women in countries such as India, where social stigma, patriarchy and lack of access to safe medical care still dictate the outcome of unwanted pregnancy for most.
Despite the fact that abortions are legal in India, some studies have found that nearly two-thirds of abortions take place outside authorised medical facilities, and unsafe abortions kill 10 women every day in India.
Unwanted pregnancies -- unlike the scenario often painted by custodians of social morality -- are hardly ever the outcome of a night of wanton sex on the part of unmarried women in India. On the contrary, they are mostly the result of rape or 'accidents' after a married woman already has children.
It would be interesting to see how quickly men put on their condoms if the 'punishment' for unwanted pregnancies were to be placed on them via castration or vasectomy, instead of women, who have been seeking preventive and curative solutions since time immemorial.
First published in eShe magazine
Check out our in-depth Market Coverage, Business News & get real-time Stock Market Updates on CNBC-TV18. Also, Watch our channels CNBC-TV18, CNBC Awaaz and CNBC Bajar Live on-the-go!