You’d think I am loony, if I told you that I flew thousands of miles to meet this 1,700 year old jolly old elf with cheeks like rose, his nose like cherry and a little round belly that shook when he laughed like a bowl full of jelly. Wait, I did not write that man-descriptor. A poet named Clement Moore wrote in 1823 about the man born in 270 AD who wears red suit (yeah, red, vermillion red suit) and laughs so loud that his voice box must in constant disrepair.

But, man, that man is a speed breaker. His sleigh travels at about 186,282.4 miles per second and he delivers gifts to 90 million homes in one night. Man, the man in the red suit sure has helium in his blood. That’s the man I wanted to meet. Santa Claus, in his official hometown in Rovaniemi (Finland), a village that sits on the Arctic Circle. 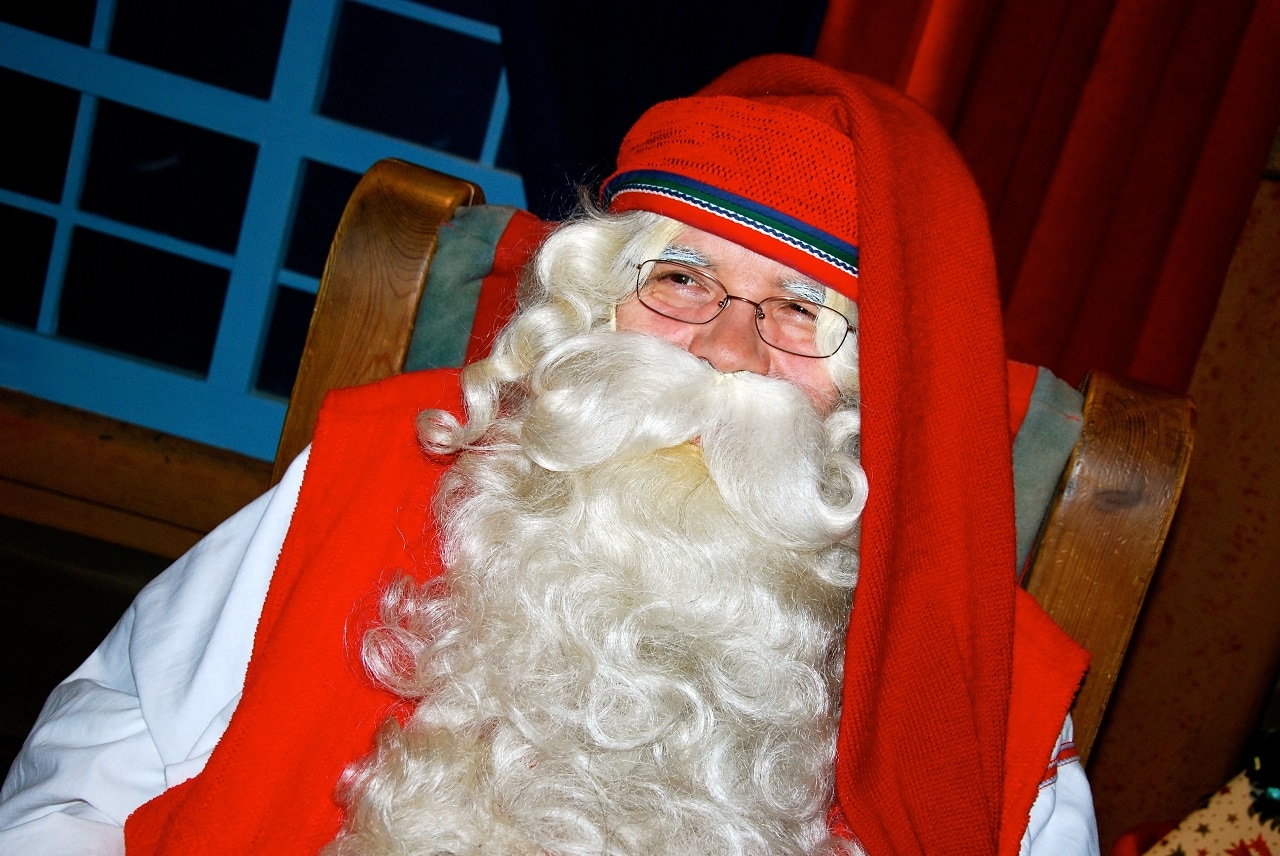 Don’t tell Santa but I gave up on him while still in pinafores and pigtails. I know he is everywhere, but he is not. Then, one bone-wilting December day I gave in to the dippy idea of meeting Santa in his den and landed in Rovaniemi. Sadly, he was not waiting with his goody bag, nor were his reindeers. Instead, a bone-chilling -20 degree-breeze nearly bruised my face and my mukluks crushed the foot-high snow.

Santa does not walk around the town. He sits in a log-cabin office with a pair of ridiculously large felt shoes, glistening nylon beard, red suit and a black belt holding his midriff. I booked a meeting, smiled at the busy-body elves in the Santa Claus Post Office, walked through a narrow passage to the elevated wooden stage where Santa was sitting on a high chair. I squinted. The real Santa looks exactly like the mall Santas. Fat. Smiling and clucking the cliched ho ho ho. Is this the real Santa? My mind hissed as he matter-of-factly asked what I wanted for Christmas. Not that he would have delivered it, so I uttered a polite ‘nothing’ and stepped aside while others sat at his feet for a photo-op. That’s how I met Santa. Rovaniemi was not always Santa’s den. They say, his original home lies in the mysterious Korvatunturi (‘Ear Fell’) in Finnish Lapland but he moved here in 1985. According to the official Visit Rovaniemi website, the city was almost completely destroyed in World War II. In 1950, when Eleanor Roosevelt, the wife of US President Franklin D. Roosevelt, came to witness the rebuilding process she wanted to visit the Arctic Circle, and Rovaniemi officials rushed to build a cabin eight kilometres north of the city. The cabin marked the birth of Santa Claus Village and still stands today next to Santa Claus Main Post Office. Beyond Santa, there are the Northern Lights that illuminate the Finnish sky. I waited all night but the sky did not burst into swirls of greens and pinks and blues. But another night when I revved the snowmobile for a ride on the frozen river, all I could hear was the rustle of wind, the howl of the huskies and tyres squishing the wanton snow rocks. I crossed the river, and then hopped across the Arctic Circle. 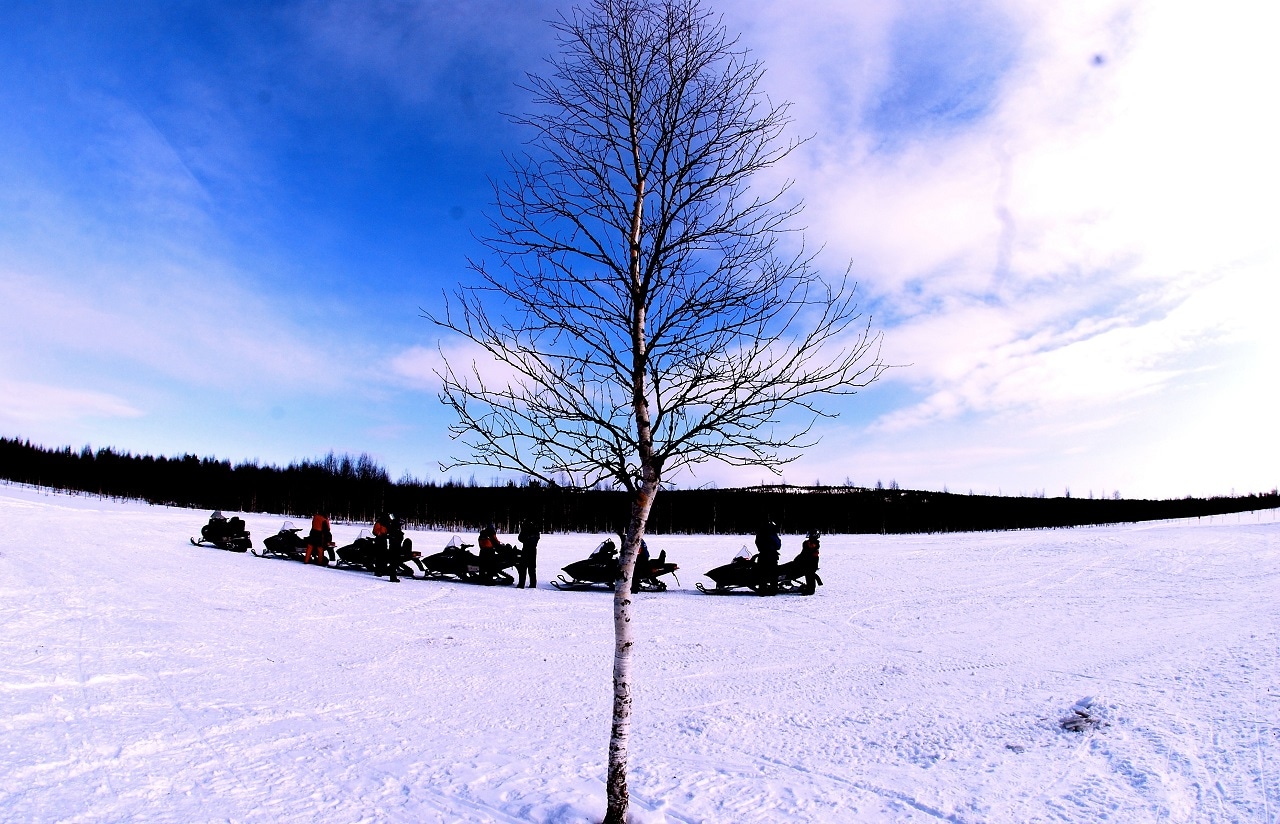 Snowmobiling is one of the fun activities in Rovaneimi. (Photo credit: Preeti Verma Lal)

I know Santa has a list of Good Girls and Disobedient Girls, the disobedient ones get piece of coal as Christmas gift. Not too sure which category Santa threw me in - he stuck a Santa sticker on my camera lens. That’s all. A sticker. That is all I got for Christmas from Santa. The real Santa. Perhaps I should go back to hanging stockings. Ma was a more magnanimous Santa!

Good to know: www.visitrovaniemi.fi is the best resource for detailed information.

Do not bother about carrying too many woolens, you can rent snow clothing + boots. Remember, to try them at the rental store. Tap water is perfectly fine to drink anywhere in Finland. Pay heed to Reindeer crossing signs and drive slowly.

Preeti Verma Lal is a Goa-based freelance writer/photographer.
Have you signed up for Primo, our daily newsletter? It has all the stories and data on the market, business, economy and tech that you need to know.
Tags Arctic Circle Christmas Christmas Day Finland Lapland Official Hometown of Santa Preeti Verma Lal Rovaniemi Rovaniemi in Finland Santa Claus Santa Claus hometown unwind
Published : December 21, 2018 11:58 AM IST