Meet the Woman Who Coined the Slogan: Women’s Rights Are Human Rights

It was 1984 and Mala Pal was in a conference with a group of representatives to the United Nations Economic and Social Commission (ECOSOC) in Geneva. A meeting of the Sub Commission of Human Rights (now UNHCR) was in progress. Mala, an Indian mother of three and a representative of All India Women’s Conference (AIWC), was inwardly seething about women’s issues being treated as less important than other pressing matters in the world.

When she got a chance to speak, the dynamic middle-aged Mala burst out: “Women in my country and across the world continue to be treated as second-class citizens and are denied fundamental rights. Why should this be a ‘minority’ issue? Women’s rights are human rights.” Mala (second from left) in a Finnish newspaper in 1982

The Senegalese ambassador near her thumped the table in approval, and the audience around the table broke into delighted applause. Weeks later, Mala’s spontaneous outburst was adopted by the UN as one of its official slogans, and was used worldwide by human rights’ activists.

It became a political-feminist phrase in 1995 when Hillary Clinton, then the First Lady of USA, used it in a speech at the United Nations Fourth World Conference on Women in Beijing.

It was a time before the Internet, however, so Mala herself remained anonymous. Today, the 87-year-old, who returned to live in New Delhi after 50 years abroad when her husband passed away, looks back with nostalgia at those eventful and meaningful years of her life. The youngest of six siblings, Mala was born in Lahore in 1932. Her father was a prominent member of the Indian Civil Service and the children had a privileged, disciplined childhood studying at the city’s top schools, until Partition turned their life upside down.

The teenager lived with her family in the annexe of Baroda House in Delhi until her wedding day at the age of 18. Her new husband, Dr Rajindar Pal, was 13 years older than her, a well-known malariologist who would spend the rest of his life living outside India. The couple lived in Canada, the US and finally in Switzerland, where her husband worked at WHO while doing various projects for India’s Ministry of Health. Mala with a colleague at the UN in the early 1980s.

While in Geneva, Mala began volunteering as a representative of the AIWC and was made a permanent representative to UN’s ECOSOC when the NGO was given international status, a matter of great pride for India.

Mala later became vice president to the Congress of Non Governmental Organisations. She has battled for various issues in the UN: from the rights of the girl child to environment, housing, ageing, and even to reinstate ‘spirituality’ in the WHO Constitution. She was part of the prestigious International Alliance of Women, travelling frequently at her own cost to ensure that Indian women were represented at international platforms.

All this, while running a home with three children without help, and a busy, often-absent husband. 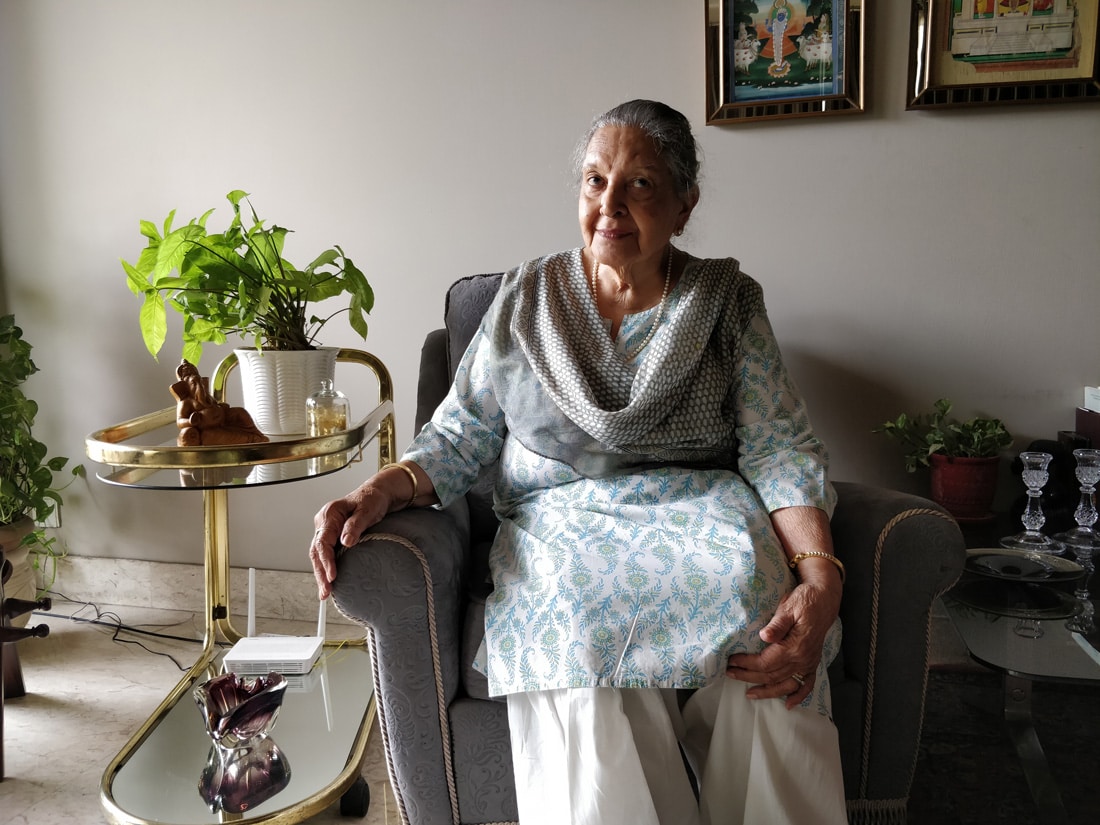 Today, Mala lives near her daughter in Delhi, and enjoys the company of her grandchildren. She continues to be involved with charitable institutions, and has been sponsoring her cook’s daughter’s education in a private school, and tutoring her personally. “Education is everything,” she says, her dignified, larger-than-life persona speaking of a life well lived.