Updated : December 22, 2019 07:03 PM IST
The restaurant became part of the local community and the trust has built up over the years. Samosas and chai became the currency of these transactions and Chaiwali became a port of the historic Harlem neighbourhood.
One of the most delightful parts of Chaiwali is the outdoor space which really shines in the spring and summer.
Trehan’s new menu is still evolving and is a work in progress.

We all know about the birth of a restaurant – but what happens when a restaurant closes and reopens after several years – is that a rebirth?

Back in 2015 when restaurateur and chef  Anita Trehan announced she was opening the  Chaiwali in Harlem there was a lot of buzz about it. The name wasn’t the ‘chaiwala’ but ‘chaiwali’, a rare phenomenon in those days and to have a woman chef or chaiwali move into Harlem and seek her fortune that was even more exciting!

The restaurant became part of the local community and the trust has built up over the years. Samosas and chai became the currency of these transactions and Chaiwali became a port of the historic Harlem neighbourhood.

As Trehan likes to point out, Lennox Avenue also known as Malcolm X Boulevard is a historic neighbourhood of Harlem, known by its name worldwide and Chaiwali is part of its new history, as a global community and makes new associations and became part of a rich community that has seen waves of immigrants live in its storied corridors. Indeed, this neighbourhood has several many noted chefs in this area including Award winner Marcus Samuelsson of Red Rooster Harlem and Melba Wilson of Melba’s Restaurant, as well as several Harlem food festivals.  The area has major museums and galleries too as a global community develops here.

Since Chaiwali is housed in a beautiful historic brownstone, it can be a plus point and a minus too. The restaurant is on the main floor of the brownstone and Trehan, like the innkeeper of yore actually lives on the top two floors. Back in 2018, this being a landmarked building, there were problems with the ceiling which was of original wood - and the restaurant had to be closed down till these historic features were restored. Says Trehan, “After an almost two-year hiatus Chaiwali was finally able to open in December 2019. This really was the rebirth of Chaiwali and says Trehan, “The building changes required by the city to the kitchen and other updates were complex as Chaiwali is housed in a landmarked brownstone built in the late 1800s. The process included a lot of city agencies and was a labyrinth process.”

It was important to redo the original ceiling which was made of old wood beams. The City required them to close this ceiling as an extra precautionary measure, and Trehan looked for beautiful gold stamped metal ceilings that would suit the space and keep the vintage vibe and found this mellow rich gold metal tin ceiling. “Only upon receiving it did I realize that it was made in India!” says Trehan.

Desi chai seems to be a hot item at the Chaiwali and the cause for many buddings romances. Why does she think desi chai is so popular with the local residents?

“The chai made at Chaiwali is made from my secret blend of seven aromatics that are ground daily into a rich fragrant and healing aromatics and has, therefore, become a neighbourhood addiction far overtaking coffee sales.”

I met a couple of yesterday who met and fell in love at Chaiwali ! In fact, Trehan remembers a couple who went straight from Chaiwali to their City Hall wedding. Chaiwali is a place of love, and many do fall in love here. Maybe it has something to do with the chai!  Recalls Trehan, “Recently while we were closed I received a note from one such hopeful who had their first date here and now he was ready to propose! We opened our doors especially with a bottle of champagne so the groom could propose and make it official!”

Anita Trehan has introduced many tweaks to the menu for vegans, vegetarians and meat-eaters too - can she describe some of the most popular dishes, and the features she introduced for wellness?  Yesterday at the opening, I saw it was total madness for the lamb chops!

Trehan’s new menu is still evolving and is a work in progress. She says it is a very very personal-a melange of flavours that are recognizable and others that are surprising. Just don't call it fusion!  “ I like to think of it is harmonious. Our best seller is the Chaiwali Vegan Lux Kale Burger, with a new favourite being our Anari Beet Bhel, and of course a huge fan following for our spicy vindaloo Lamb Chops.”

Does she plan to bring out new features as the days go on? “I am always curious about food, its history, why we eat what we eat, how each family has its own specials and how food can be a potent healing weapon. So yes I plan to look at introducing seasonal foods, new flavours and experiment with traditional foods.” Trehan is particularly devoted to addressing allergies through food changes. We were there for the opening of Chaiwali on a snowy cold December evening but the place was packed. On the menu were puchkas – crisp puffs with live moong sprouts and healing pineapple pani; small idlis tossed with greens; Indian pink anari bhel  - ‘Indian street food with pink attitude’ was hugely popular;  for grain fans there was Poha and Haryali Romenesco, Beet Raita and Lamb Chops and pickled onions.  A staple is Anita’s  Daal, Eggplant and Carrot Balchao and garlic naan. For the shrimp and chicken fans, there is the Velvet Carrot Butter Chicken and Mirchi Mumbai Shrimp. 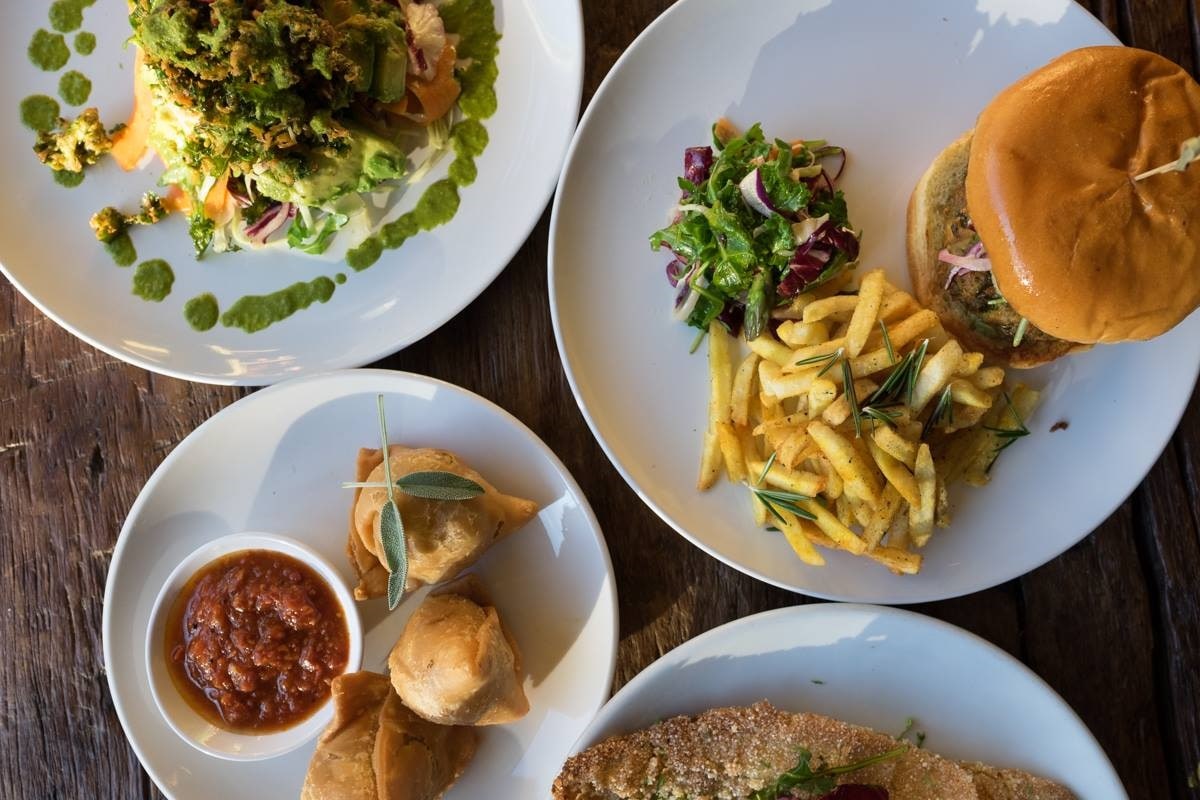 One of the most delightful parts of Chaiwali is the outdoor space which really shines in the spring and summer. Trehan who has an amazing eye for finding offbeat treasures and then using them for purposes they were never intended, bought an actual grain silo and this rounded space is just perfect for family get-togethers and parties.

What have her two years of hiatus taught her about perseverance - and consumers' memory and loyalty?

“There was a lot of hurry up and wait if I had known that it would be two years to finish the required building changes and reopen the restaurant I may have thought this was not possible!” she says. “Two years is a long time in the life of a restaurant. But I was blown away by daily, and I mean daily "emails" from customers far and wide. I did not know that people would actually take the time to write an email to a restaurant and that we had such a loving and supportive fan base.”