Meditating inside the Great Pyramid of Giza

Meditating inside the Great Pyramid of Giza

Everyone who visits Egypt goes sightseeing to visit the spectacular pyramids and the Sphinx at Giza. But would you go meditating in the Great Pyramid of Giza?

It was a cool November afternoon, and I was meditating inside the king’s chamber of the Great Pyramid of Giza.

A dozen other meditators were present with me, all part of a group organised by Bindu Maira, who specialises in ‘spiritual holidays’ outside of India. They had varied experiences. Some felt they were levitating, or saw astounding visuals. Others fell into a deep sleep.
I had a surreal experience myself. I saw visuals of my father who passed on 39 years ago. I also saw what appeared to be a beautiful face of a doe-eyed beauty with a large head or skull (I remember being told that it was an ugly face). 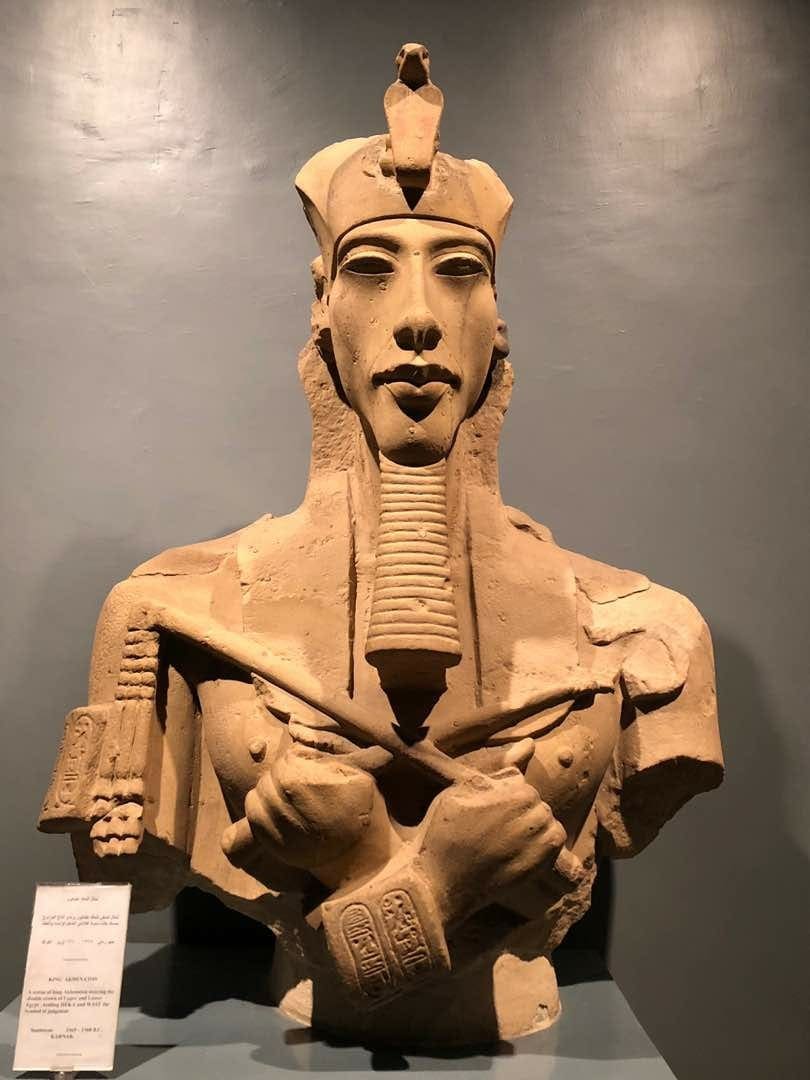 Imagine my shock when, on visiting a gallery at a papyrus factory a while later, I found myself standing before the same image! I asked who it was, and was told it was Akhenaten, an Egyptian pharaoh who was way ahead of his time.
He promoted gender equality and appeared in public just the way he was, with no makeup or pretences at being physically perfect (just my kind of guy). He was depicted as part-man part-woman to convey equality. His thick lips made him appear ‘ugly’ to the Egyptians. That word again... I was shaken up. My entire journey to Egypt had a mystical element to it. We were a diverse group of people that included entrepreneurs, doctors, social workers and healers but we had a common interest in the mystical land of this ancient civilization, very similar in many ways to our own country and culture. Not surprising, as the Indus Valley civilization and the Egyptian civilization are amongst the earliest known.
Starting from Cairo, we flew together to Luxor. Luxor – earlier Thebes – was the capital of ancient Egypt. After a brief meditation, we were on our way. We first visited the Karnak temple built in honour of the sun god Amun Ra by King Ramses II. Inside were huge statues of King Ramses II himself, who thought himself no less than a god! We also visited the Luxor temple.
A river cruise on the Nile is an unforgettable part of visiting Egypt. Blue waters and lush green banks were delightful visuals while Egyptian music pleased the auditory senses on deck. (Incidentally, Egyptians are huge fans of Bollywood so we were also treated to popular Hindi songs once in a while.) We also had meditation sessions on board interspersed with bouts of sightseeing. The Nile divides the city into the East and West banks. The East bank is inhabited as that is where the sun rises. The West bank is the dead city with ruins and tombs. One of the most important tourist spots on the West bank are the Valley of the Kings and the Valley of the Queens.
Spread over hundreds of acres of dry mountains across the Nile from Luxor, the two Valleys served as a royal burial ground for pharaohs, queens and nobles from Egypt's New Kingdom (1539 – 1075 BCE).
Several important tombs have been discovered in the past two centuries, some of them with their mummies well-preserved and treasures intact, though tomb-raiders got to most of them many millennia ago. 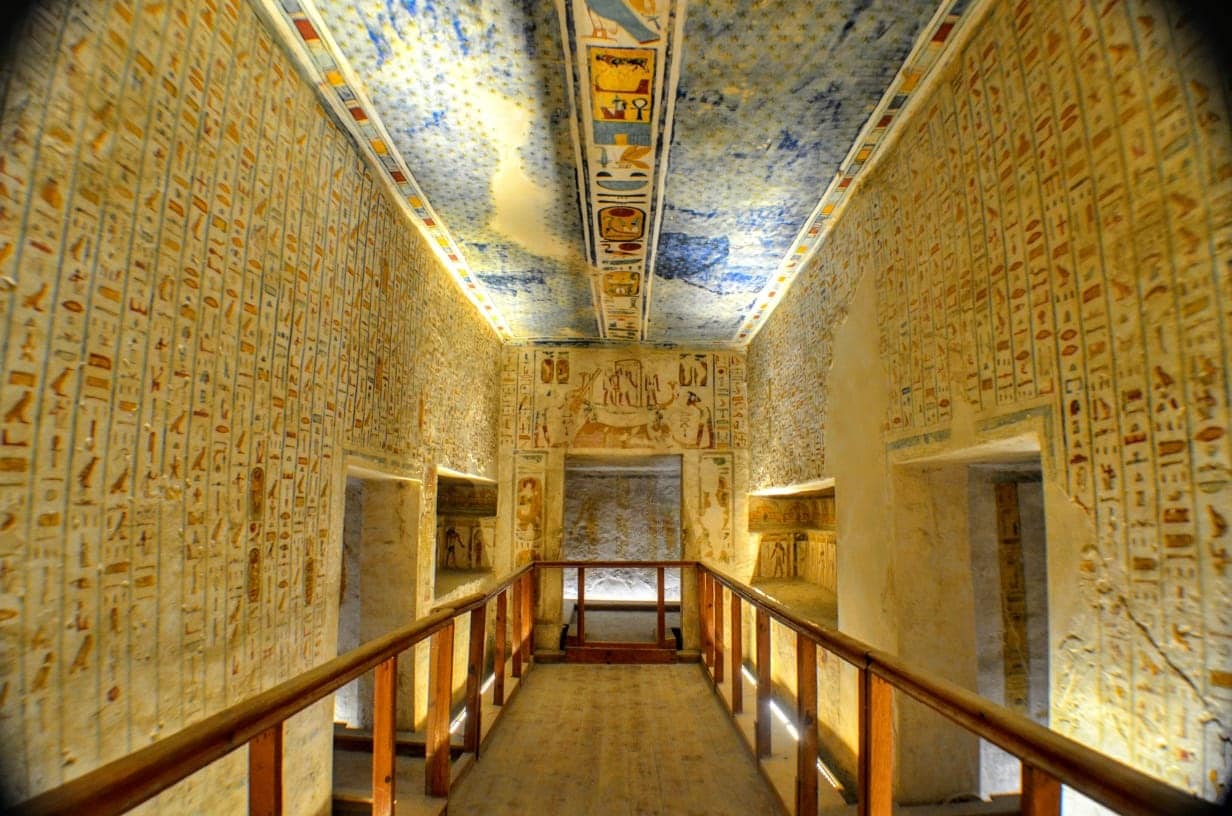 We visited the tombs of King Ramses IV, King Ramses V, Meramptah and Tutankhamun. Although not much remains in the tombs except for hieroglyphics, the tomb of Tutankhamun still has his original mummy in place. A small tomb, it is difficult to imagine how the enormous treasures that were discovered in his tomb, and are now on display at the museum in Cairo, could have fitted into the confined area. 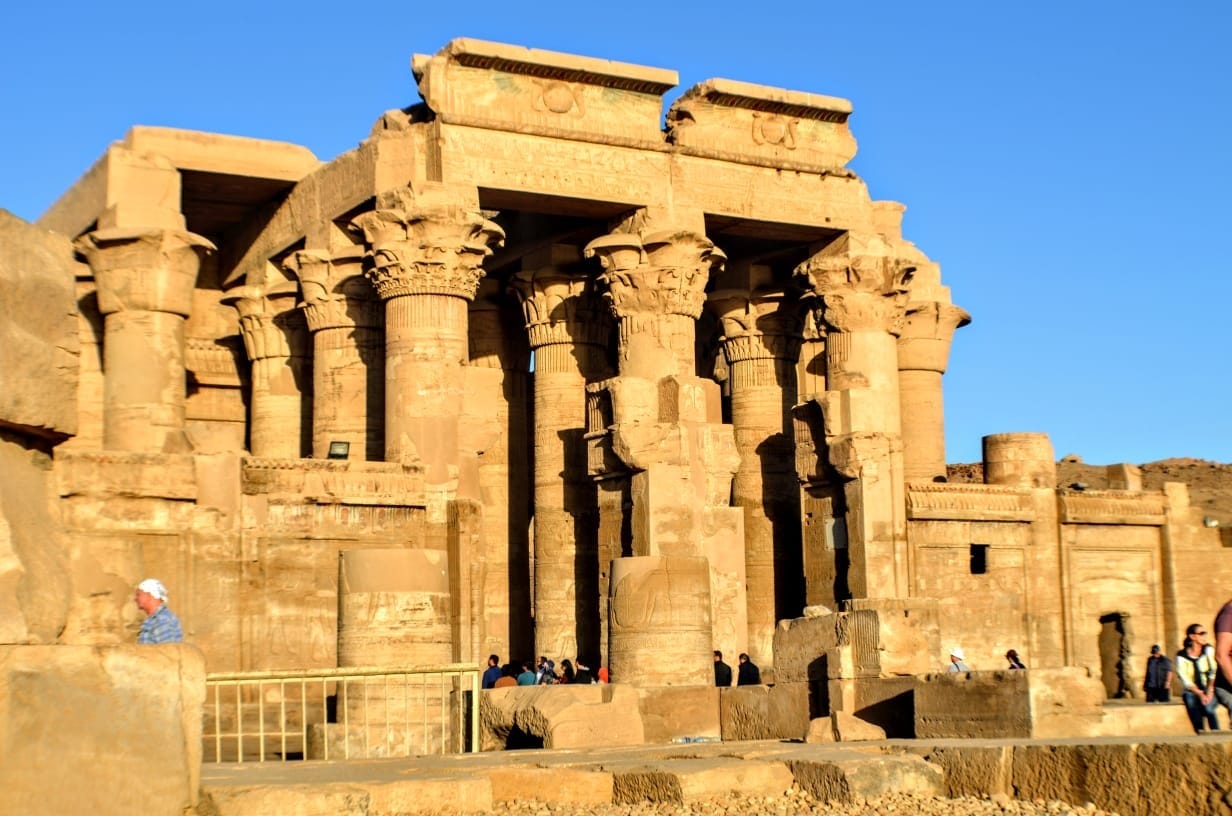 Set against the backdrop of the Valley of the Kings is the stunning mortuary temple of a female ruler. Queen Hatshepsut was one strong woman – she ruled for 15 years after wresting the throne from her kid brother. Other notable stops on our river cruise were the temples of Edfu and Kom Ombo. The latter once had a hospital on the premises where priests performed surgeries and administered medicines – a fact that intrigued me as a doctor myself!
The cruise takes you all the way to Aswan, the southernmost city of Egypt, where we visited the Phillae temple and took a ride through the Sahara desert to the Abu Simbal temple. 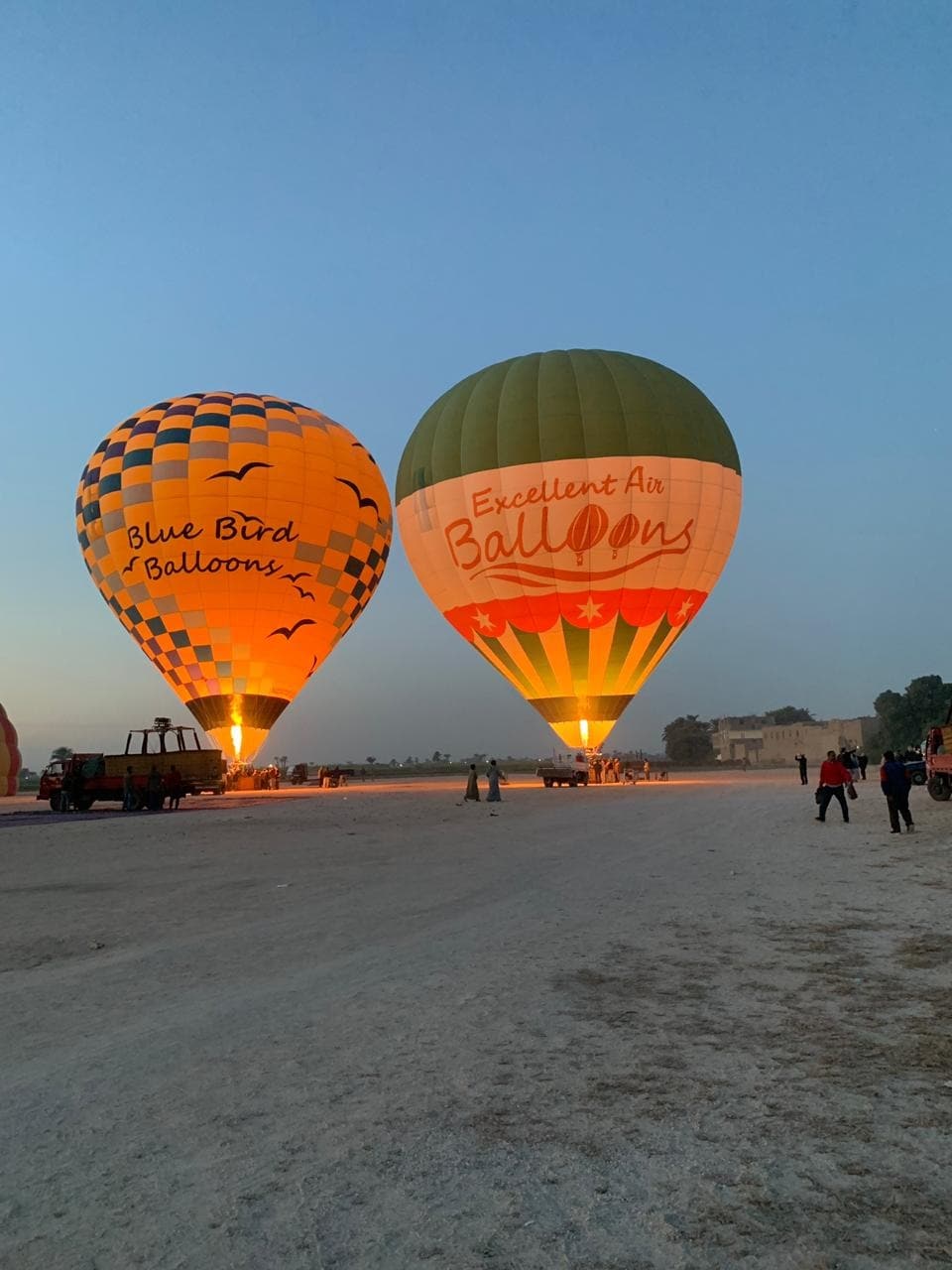 Another must-try on a visit to Luxor is a hot-air balloon ride. We got an outstanding aerial view of the Valley of the Kings, the Valley of the Queens, the tombs of the nobles and the temple of Karnak as the sun rose in the sky. We crossed the river Nile and the waters were so still and clear that our balloons were reflected off the surface as in a mirror. 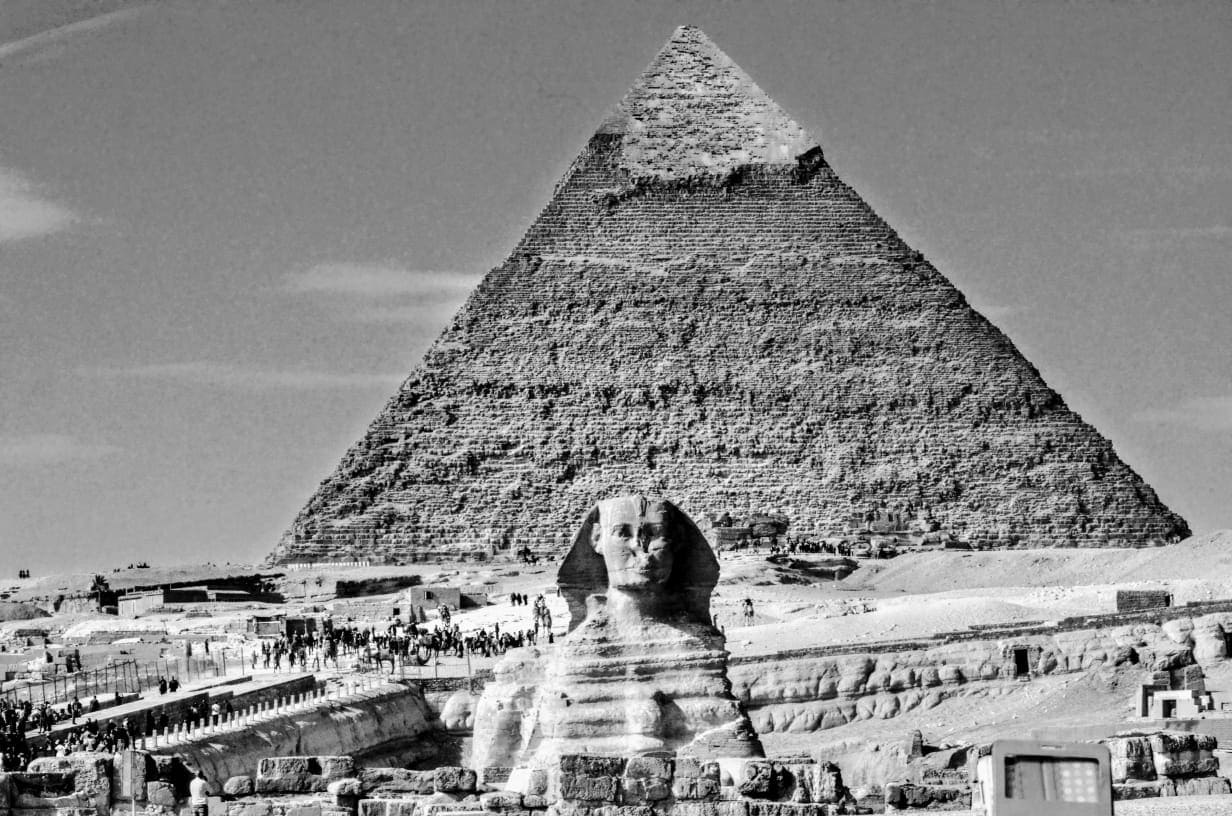 Back in Cairo, we visited Khan el-Khalili, a major souk in the historic centre of Islamic Cairo. We shopped for souvenirs and spices, and then headed to our hotel, which overlooked the great pyramids. Waking up to the view of the pyramids was an unforgettable experience. Just like the rest of the trip.
Dr Urvashi Tandon is a medical officer and anaesthesiologist who worked in the Indian Navy.
First published in eShe magazine
Check out our in-depth Market Coverage, Business News & get real-time Stock Market Updates on CNBC-TV18. Also, Watch our channels CNBC-TV18, CNBC Awaaz and CNBC Bajar Live on-the-go!