Updated : September 28, 2018 10:21 PM IST
To be successful in science, these women either had a great deal of support – such as a family or relatives who encouraged them, or husbands and in-laws who pitched in with housework and childcare.
The website and its associated social media focus on women in science, trying to answer questions like: What is the kind of work women researchers are doing in India?

While interviewing women scientists and academicians across laboratories and research institutions in India, Nandita Jayaraj came across two common patterns.

“To be successful in science, these women either had a great deal of support – such as a family or relatives who encouraged them, or husbands and in-laws who pitched in with housework and childcare, or were from privileged backgrounds and could afford help. Or else they had to be rebels –they were single mothers or unmarried by choice or had kids late in life or didn’t have kids at all, essentially defying social expectations in some way,” says the Bengaluru-based blogger and journalist.

“It appears that marriage is a great impediment to women scientists,” she goes on, quoting a survey that found more unmarried women scientists than unmarried men. “When these women do marry, they choose fellow scientists as partners. But for male scientists, the partner’s profession doesn’t matter.”

These are only some of the observations Nandita has gleaned over the past two years, ever since she and her former colleague at Amar Chitra Katha, Aashima Dogra, co-founded TheLifeofScience.com. The website and its associated social media focus on women in science, trying to answer questions like: What is the kind of work women researchers are doing in India? What are their stories and their challenges? Nandita Jayaraj. The Life of Science.

Both Nandita, 30, and Aashima, 32, studied biotechnology in college. Nandita, who grew up in Chennai, went on to do her Master’s in journalism, while Aashima, who grew up in Mumbai, studied science journalism from the University of Warwick in the UK. Both worked in different media organisations before they started working together at a monthly science magazine for kids.

When the organisation ran into funding problems, they decided to do something of their own, a blog that would make science accessible to younger Indians. “School kids can only name a couple of scientists, and they are all dead. We wanted to highlight the living ones,” says Nandita.

The duo soon realised they’d have to go out of their way to represent a more diverse pool of scientists and began focusing on women.

“Manmade biases don’t allow women to rise in any profession, including science,” she says, adding that women scientists often did not get the same opportunities as men – a problem that persists worldwide, not just in India. 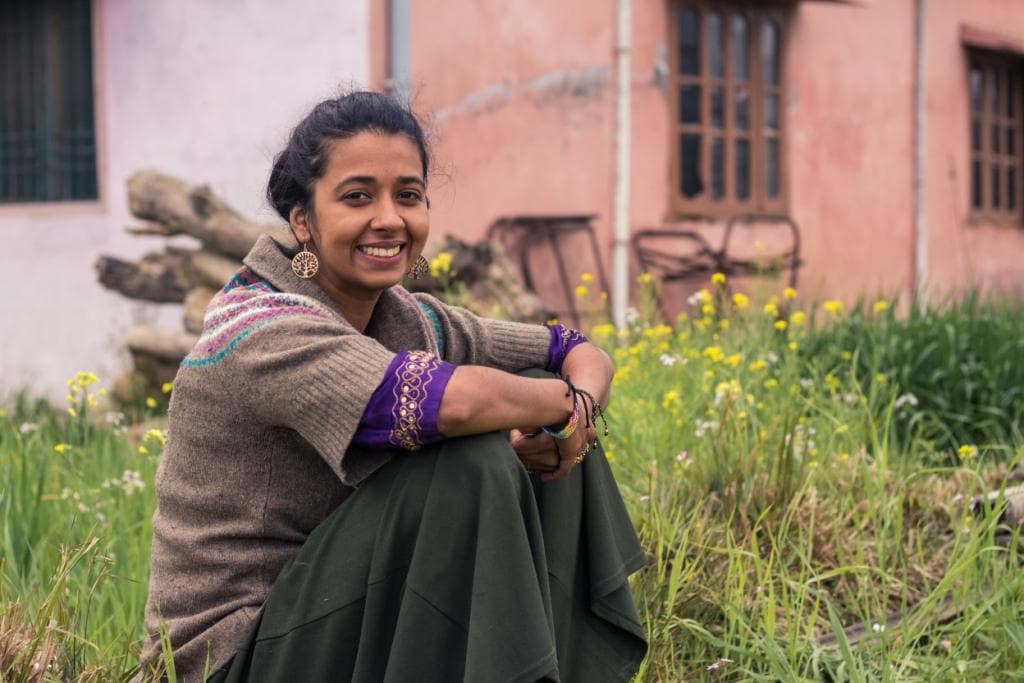 Aashima Dogra. The Life of Science

“But there are unique factors to the issue in India – class, caste, patriarchy and so many other nuances that further hinder a woman’s career here,” says Nandita. The girls set out to present the women’s perspective and to find out what enabled them to beat the odds.

It wasn’t easy to find a way to fund their project at first, but they managed to get a grant from India Alliance, which has helped them hire a network of science writers around India, thus saving on travel. “We never realised it would grow into something this big,” says Nandita modestly. Their website and work is frequently in the news, their content is syndicated to larger media websites, and they’ve signed two book deals this year.

“It’s insane how much people are supporting us,” Nandita goes on, her voice dipped in wonder. It’s probably the science of karma.