Mard Ko Dard Nahi Hota review: This Karate film will dropkick its way to being one of the best films of 2019

Mard Ko Dard Nahi Hota review: This Karate film will dropkick its way to being one of the best films of 2019

If you mouthed dialogue from Bollywood films, calling your mum Mother India because she was so self-sacrificing, and your dad Ulta Mogambo (because he would never be ‘khush’)... If your childhood was like mine… Then you will absolutely, positively love everything about the weirdly titled film Mard Ko Dard Nahi Hota.

If you grew up wild practising for Kumite all those Fumikomi, Ashi barai, Gedan Mawashi Geri, Hiza Geri kicks (karate kicks) and prayed and prayed before photographs of Bruce Lee and Shifu Prabhakar Reddy that someday you would Roundhouse kick better than Van Damme and that drop-kicks would be more lethal than knocking off the hateful baingan bharta which the kitchen maid was carrying to the dining table…
If you mouthed dialogue from Bollywood films, calling your mum Mother India because she was so self-sacrificing, and your dad Ulta Mogambo (because he would never be ‘khush’, but always angry with us because we ran around our home screaming, playing Samurai Samurai)...
If your childhood was like mine… Then you will absolutely, positively love everything that the weirdly titled film Mard Ko Dard Nahi Hota.
I admit that I was put off by the title because it sounded like some silly name cooked up by a single lad who could not get a date nor could they get over a girl they never spoke to ever, but were now writing gawdawful heartbreak poems addressed to her.
So I skipped the film during the Mumbai International Film Festival late last year, thinking it will show up on the screens soon enough. The film went on to win accolades in the film festival circuit and I was immersed in great offerings on Netflix and Amazon Prime and, of course, movies like Sonchiraiya on the big screen.
This movie is a little bit of C4. It comes out of nowhere -- like, I said the name was as off-putting as M-Seal type adhesive which you have to roll together to make it work -- then blows your mind. I sat in the theatre, a smile plastered to my face, and am still giggling as I write this for you. 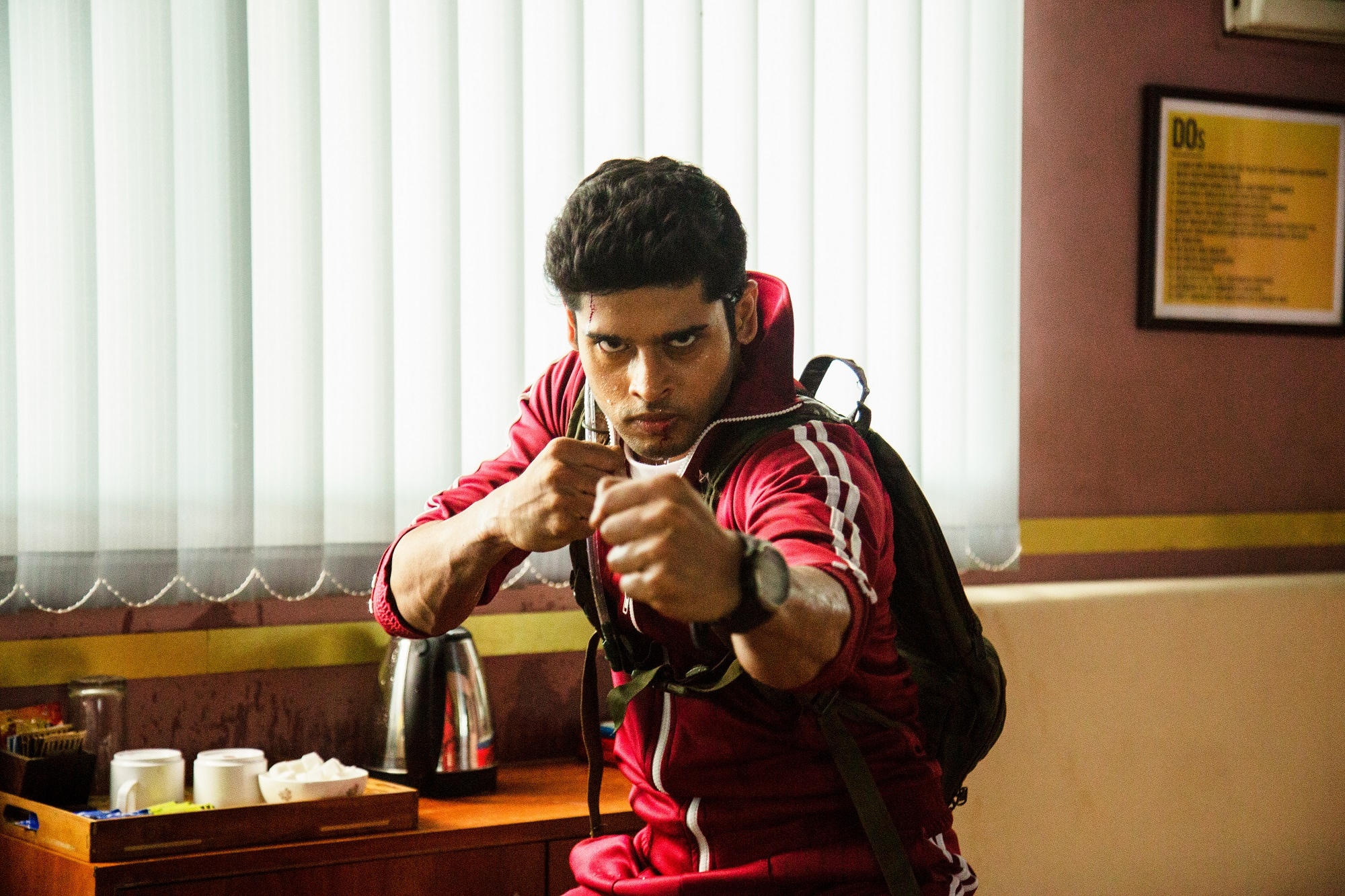 You see little Surya being beaten up by his cruel classmates because he doesn’t feel any physical pain.
The movie has no big ticket movie stars. And that’s a huge plus. Everyone gives it their all. That means it is the first time I wasn’t annoyed with the child stars in the movie. You see little Surya being beaten up by his cruel classmates because he doesn’t feel any physical pain. His only friend is Supri who defends her with everything she has got. He has been taught to say, ‘Ouch!’ by his grandpa at the sight of blood, because he cannot feel pain. He has pretended to be normal for other people and his dad’s sake.
Mahesh Manjrekar is brilliant as Surya’s grandpa. He has the best lines in the film. Without giving too much away, he says, ‘Isko Bruce Lee nahi, saheli chaahiye!’
Grandpa is simply called ‘Ajoba’ (grandpa in Marathi), and he is happy to fill Surya’s head with stories about how he has to practice Karate and save the world from evil chain snatchers (every superhero needs some evil to fight!). After the super fight in school, Surya’s dad has grounded him for like, forever. Surya now grows up on all kinds of VHS classics. Karate flicks.
My eyes glazed over to see the titles Surya was watching and I wanted to jump into the screen and steal the titles. I knew I would come back home and watch Five Fingers of Death, the 1972 film or Chocolate ( 2008 film where the heroine is an autistic girl who settles her family debt by fighting)... But Surya grows up to rather presentable (remember how Madhavan was a little different from the Khans?) young man. A great debut for Abhimanyu Dassani (son of yesteryear star Bhagyashree of Maine Pyar Kiya, Mappillai Manasu Poopola fame).