Malt matters: India’s first bunch of master blenders on their passion and the skills needed to shape the spirits

Malt matters: India’s first bunch of master blenders on their passion and the skills needed to shape the spirits CNBCTV18.com speaks to the first bunch of India’s master blenders about the unique challenges they faced and the road they took to arrive at their destination.

The term master distiller or master blender was rarely used in the Indian liquor industry until not too long ago. “And why would it be so? We mostly had column stills and nearly every distillery employed a set formula for input and output,” says Krishna Nukala, a Hyderabad-based whisky consultant and the only Indian member of Malt Maniacs, a global whisky collective. “The skills required to blend spirits, to be well versed in aging them, knowledge about casks, all of this was not really needed.” About two decades ago, though, as distilleries in the country decided to take a crack at single malt whisky, they needed men who looked at whisky differently and who could shape the spirits in their own inimitable way. “These men could pave the way for more master blenders. As the Indian liquor industry, even the IMFL space, goes more upmarket and moves away from artificial flavourings and focuses on quality ingredients, their tribe will only increase,” says Sanjeev Banga, president, international business, at Radico Khaitan, which makes Rampur Single Malt Whisky. CNBCTV18.com speaks to the first bunch of India’s master blenders about the unique challenges they faced and the road they took to arrive at their destination.

Ashok Chokalingam, brand ambassador and international business head, Amrut Distilleries
Up until the middle of this decade, my primary job was to sell Amrut to the world. But in 2015, I actually started distilling whisky and learnt the tricks of the trade and the nuances from our previous master distiller, Surinder Kumar. Selling Amrut has its highs, but the initial days were enormously challenging. Selling the idea of single malt whisky from India in 2004 was a Himalayan task and people in the West could not get their head around this concept. But all those years of travelling around Europe did provide me with immense exposure to the world of whisky and I complemented that by studying distilling formally. Making whisky, and giving shape to your own interpretation of it, is a unique pleasure. I have been involved with the creation of several expressions, but I am particularly proud of Amrut Spectrum. Spectrum is essentially a five-wood whisky, and something like it had never been attempted before. The whisky was first aged for three years in bourbon barrels, and then transferred for a further three and a half years into casks made with a combination of new oak from America, France and Spain, along with ex-oloroso- and ex-Pedro-Ximenez sherry. It was not an easy thing to conceptualise, but it had both balance and complexity.
Michael D’souza, master distiller, Paul John Distilleries
Most people sound genuinely happy when they learn about what I do for a living, but a lot of them don’t realise that whisky making is both a science -- right from copper stills to warehousing -- and an art. You can’t be doing it if you are not passionate about whisky, and one has to have tons of patience to even attempt it. Another thing I’ve learnt over the last 27 years I have been with John Distilleries – I moved from handling distilling at John Distilleries to setting up and exclusively looking after Paul John whiskies in 2008 – is that good whisky can be made anywhere in the world. And that can only be a good thing because with regional peculiarities and characteristics, it can only enrich the whisky world.  In fact, Indian single malt should actually be a sub-set of whisky making. When we started out, we had no benchmark as such in mind. We wanted to make a whisky that was truly Indian. Making quality whisky is a challenge in India. Apart from sourcing quality ingredients such as malted barley, importing peat from Scotland is a challenge. Since peat is a plant material, it has to go through a lot of hurdles, including quarantine and fumigation (which we avoid doing), before it reaches us. The warm weather is another challenge. Of all the whiskies we have made, I especially enjoyed making the Classic Select Cask. It was clean and elegant but technically challenging. Another of my favourites is the Zodiac series. I’m also a big fan of bourbon and rye whiskies. Sazerac Rye is my all-time favourite apart from a few scotches such as Old Pulteney 17 YO.
Anup Barik, master blender, Radico Khaitan
I come from a family of distillers. My father was one, my brother, too, worked in the liquor industry. I have had no formal training in distilling; everything I’ve learnt I’ve picked up along the way. It’s been a 25-year-long long journey, first in the IMFL space and in 2017, with Rampur Single Malt and later Jaisalmer Gin. Among the most challenging aspects of making whisky in India is the weather. The Rampur distillery is located at the foothills of the Himalayas, and the variation in temperature is huge, way more than, say, Bangalore or Goa. That means you’ve got to be spot on with barrel management and maturation. We have several expressions of our single malt, but there is always a method to making whisky. 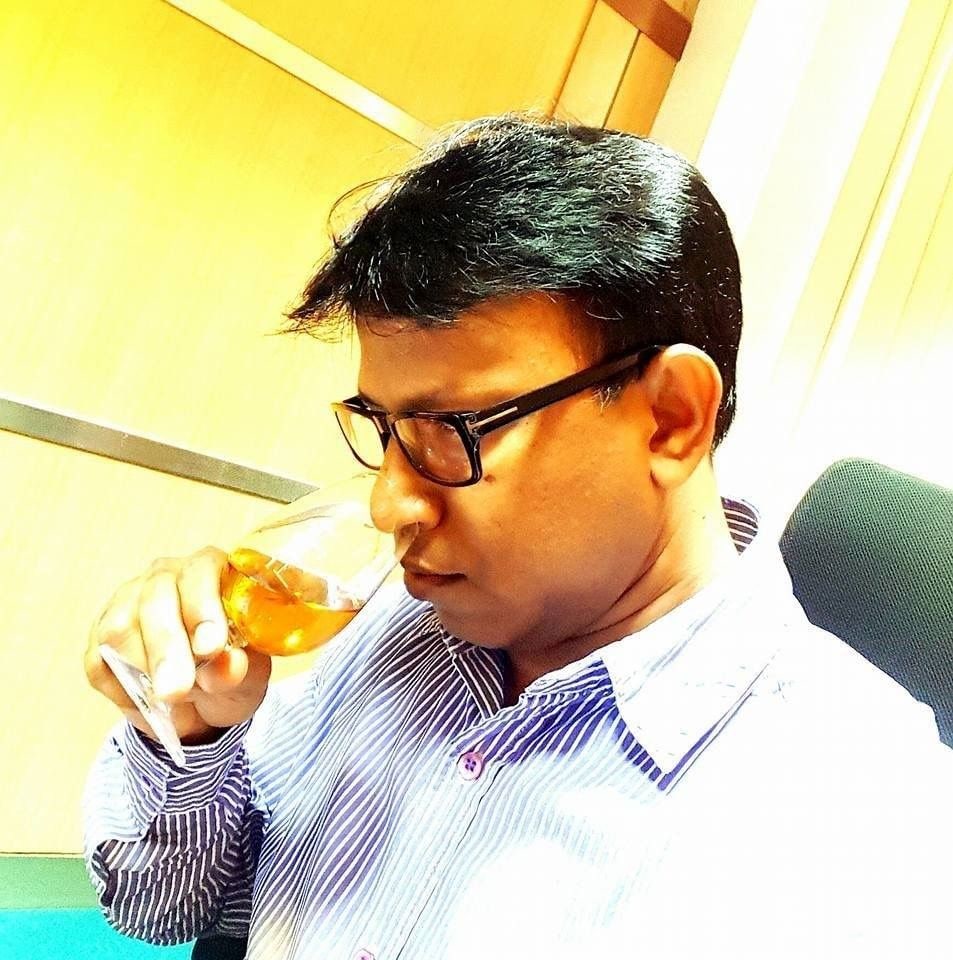 Gin, on the other hand, is more of a broad canvas, and there is way more space to experiment. Jaisalmer Gin has juniper, of course, but we didn’t want to go overboard with the number of botanicals and we wanted it to be sourced from across the country. This is why we’ve got vetiver from Rajasthan, Darjeeling green tea leaves and lemongrass from south India, among others. Jaisalmer is a London Dry-style gin, but we are proud of the fact that it is also unmistakably Indian.
Murali K Menon works on content strategy at HaymarketSAC. Read his columns here.
Check out our in-depth Market Coverage, Business News & get real-time Stock Market Updates on CNBC-TV18. Also, Watch our channels CNBC-TV18, CNBC Awaaz and CNBC Bajar Live on-the-go!