Updated : December 12, 2019 09:20 PM IST
After starring in a few other films and television commercials, Maanvi Gagroo was featured in several web series such as Pitchers, Tripling and Four More Shots Please!.
My ideal life would be to do one project and then travel for about 10 or 15 days, then come back and do the next project.

You may remember Maanvi Gagroo as the extroverted ‘Bikki’ from Disney Channel’s India show Dhoom Machaao Dhoom that was so popular with teenagers over a decade ago.

Over the years, the actor has essayed a variety of roles, attracting international media attraction with the 2008 film The Cheetah Girls: One World.

After starring in a few other films and television commercials, she also featured in several web series such as Pitchers, Tripling and Four More Shots Please!. Most recently, she stars in the films Ujda Chaman and Shubh Mangal Zyada Saavdhan.

We spoke to the actor about the experience of working on an all-women show and her favourite role models.

How did you decide to become an actor?

I actually never planned on becoming an actor. That decision happened after I had already done two projects. I was still in college when someone saw Dhoom Machaao Dhoom and wanted to cast me for a film. I wasn’t too keen (I was studying in Delhi, and didn’t want to come to Mumbai to shoot the film). 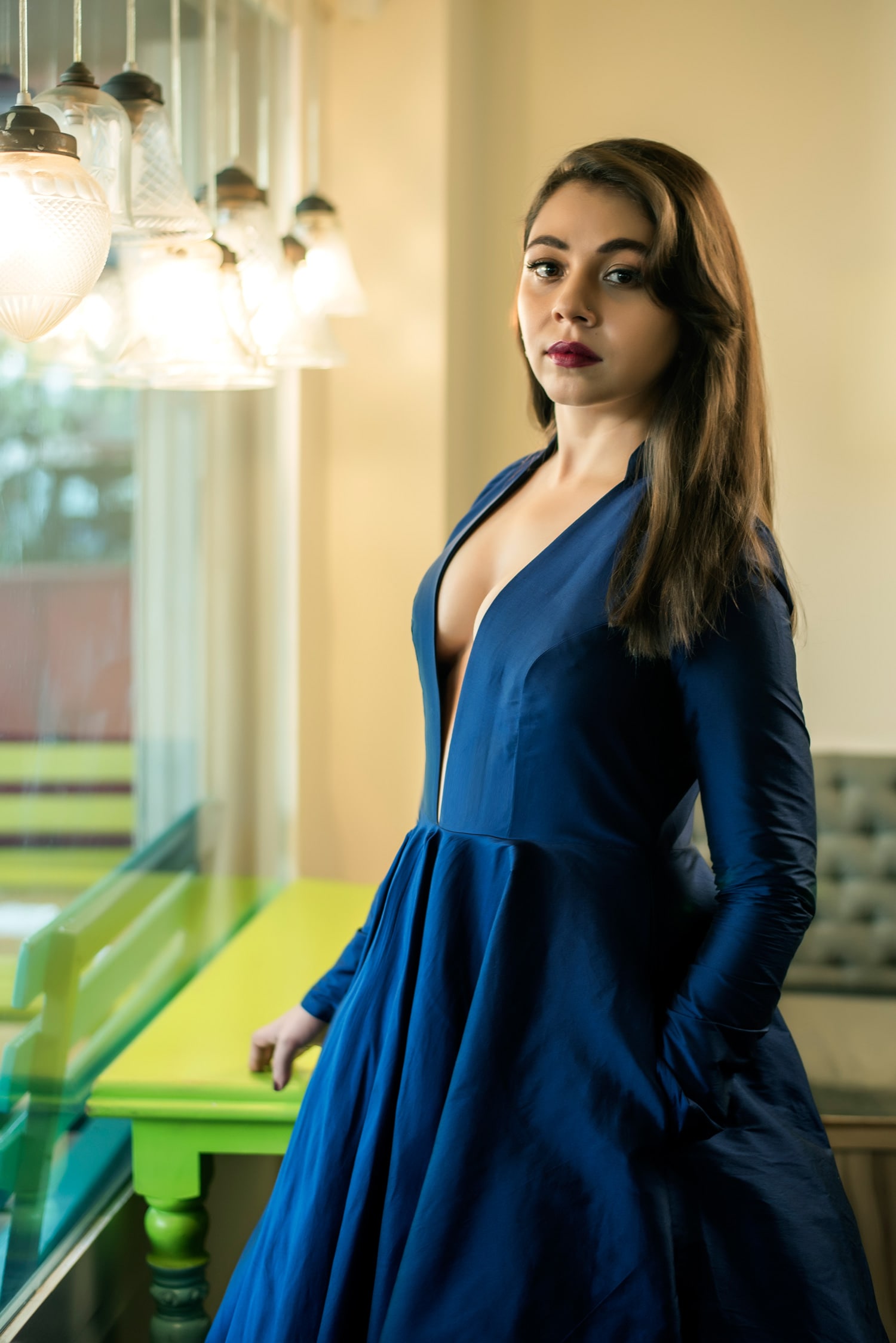 Then my sister sat me down and said, "Don’t be stupid. People don't get films like this. Just do it." That’s when I realised that this is maybe something I need to take more seriously. I went and shot my first film Aamras, came back to Delhi, finished college and then took the plunge and moved to Mumbai.

What are the challenges you faced?

They were primarily professional. Neither my parents nor I knew anybody in the field. There was nobody I could turn to for advice in this respect. I was also getting typecast in a certain kind of role. I wasn’t sure if I should just take it up and do it, or should I wait. That’s usually the dilemma one faces.

Thankfully, I had a lot of support from my family, so I knew I would never be rendered homeless or go without food! I just stuck it out. I knew I had to give it my best. I would work hard and let the universe take its course.

Four More Shots Please! had an all-women cast and crew. What was it like working on the show?

Very fun! We were so comfortable with each other. There were times when we would forget that there were still some men on the set. We would talk about anything! That helped all of the actors. All the intimate scenes were shot so comfortably because we had so much faith in the director—the showrunner Rangita Pritish Nandy, the DOP Neha Parti Matiyani—you knew you were in good hands. We have also become friends. Even our menstrual cycles were in sync by the end of it! It’s great that for a show that speaks of female bonding and friendship, we actually had that in real life as well. I guess that’s what translates onto the screen.

Has the onset of streaming TV helped in evolving female characters and offering more nuanced roles for Indian actresses?

Yes. Because it’s a new medium, it is a contemporary voice of society. We are, as a society, evolving. The conversations we are having now are far more progressive in terms of women characters and roles. Also, women in real life are far stronger. They exhibit personality traits that were probably missing or not explored earlier. So, I feel it’s a great time to be a female actor.

In web series such as Pitchers and Tripling, you were the only female lead in a cast largely dominated by male actors. What was it like working on these shows?

Pitchers and Tripling were both made by TVF, and mostly had male actors and creators. But they were all my friends, so I was extremely comfortable with them. I don’t mind playing a part in a male protagonist show or film as long as my character personally is not a token female one. My characters in both shows were very strong. In fact, when the character description of Shreya came to me, it was the first time there were no physical characteristics mentioned. They defined the character by her traits—a confident consultant who is fun. She didn’t need to be thin, fat, tall, short, dark or fair—the appearance didn’t matter as long as that person fit the part. That for me was a very refreshing change, and I absolutely loved this aspect about both these shows.

What has the move been like from TV shows/web series to films?

I don’t see them as different media. For me, it’s about the project. The people that I am working with on the project and the character I am playing are more important. I consider myself extremely lucky to have got such great teams to work with and such beautiful characters to play. I want to keep continue doing both web series and films as long as they serve my creative appetite.

What are your passions outside of work?

I love reading but I’m not really getting the time to read. I love travelling. My ideal life would be to do one project and then travel for about 10 or 15 days, then come back and do the next project. I love dancing. Even though I’m a trained dancer, I’ve been out of touch. I love yoga – again something I haven’t been able to practise regularly.

If not an actor, what would you have been right now?

I would have probably been a psychologist or an advertising professional because, in my final year, I had specialised in clinical psychology and consumer psychology. 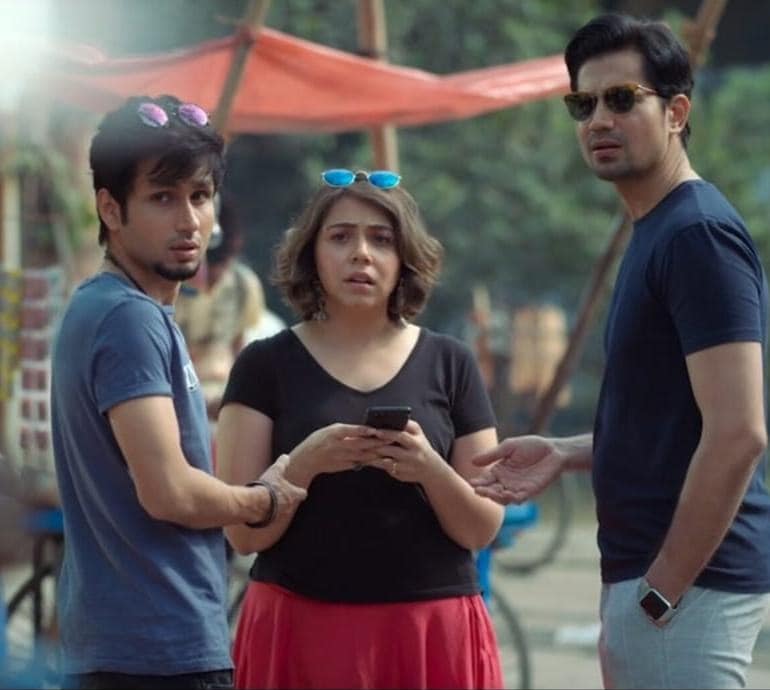 How do you invest in your physical and mental wellbeing?

One realisation I’ve had in the last few years is the fact that one’s mind and body are completely interlinked. So, when you eat better and work out, you automatically feel better, your mood will be better, you’ll be more active and productive. I watch what I eat. I also meditate a lot. Just be happy, be confident, be sure of what it is that you want to do, your goals, and everything else will fall into place.

Who or what motivates you?

I don’t have just one role model. I love how Sushmita Sen unabashedly leads her life on her own terms, and I know that can’t be easy. I really like Konkana Sen Sharma’s acting and directing skills. I love how natural Radhika Apte is on camera—it feels like she is talking to you and not delivering lines. I love how charming and witty Shah Rukh Khan is.

Something that I do believe very strongly in is a quote by Eleanor Roosevelt, “Nobody can make you feel inferior without your consent.” That’s also incidentally the message in Ujda Chaman.