Updated : December 19, 2019 10:35 PM IST
The '10,000 Years of Luxury' exhibition attempts to bust myths about luxury being merely an expensive pursuit.
The collection of objects, couture, furniture pieces, design and objet d’art on display are drawn from various ancestries – India, Mesopotamia (Iraq), Egypt, Europe, the Middle East, and beyond.
From India comes a rare 18th-century enamel-spangled necklace studded with white stones.

The world of luxury is too often equated with possessions: the next 'it' bag, the expensive watch, the marquee brands that dominate the luxury space. But what if I was to tell you that there is more to luxury than the exorbitant price tag? Or that it is swathed in centuries of heritage, ancestry and craftsmanship?

In a year-end extravaganza, Louvre Abu Dhabi— the only iteration of the famous Parisian museum outside of France — is hosting a three-month-long exhibition, '10,000 years of Luxury'. History of human civilisation will never be complete without taking a time machine back to the era when luxury referred to anything artisanal, handcrafted, handmade, and of a certain pedigree and origin. Unfortunately, luxury has increasingly come to define everything that is considered 'wasteful', of 'very little heritage value', even distasteful for its complete disregard of social realities (think climate change or animal abuse, charges it has faced for centuries).

To me, the exhibition is not just an opportunity to gawk at objects that are so stunning that once the kings and the Maharajas, the czars and the emperors locked them up in vast treasure chests. It is also a sort of anthropological exploration of how luxury grew from the imperial treasuries to people who came into money much later, via trade, business and then professions.

Manuel Rabaté, the director of Louvre Abu Dhabi calls the exhibition a "long-lens" on humanity’s connection with luxury over time and across different cultures: if India’s several hand-weaving traditions, its traditions of jewellery making, and its long history of weaving the finest cashmere shawls are luxury, so is European objects d'art and the Middle-Eastern pearl heritage. "The attempt is to challenge the cultural stereotypes that have come to define luxury and put it firmly at the centre of the world’s artisanal heritage. This is both art and history." 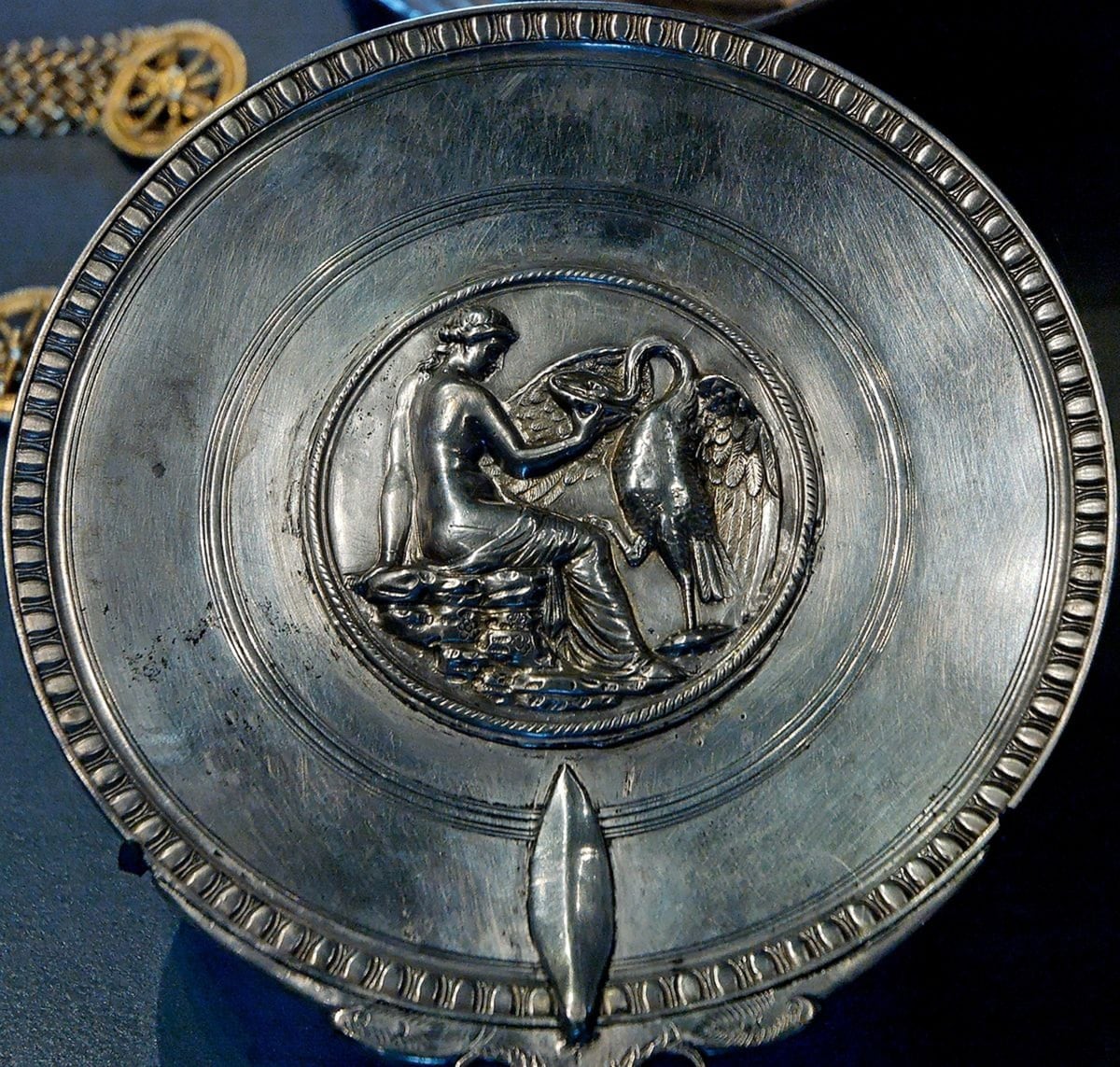 The exhibition, curated by Olivier Gabet, the director of Musée des Arts Décoratifs, a Paris-based private museum of decorative arts, contends that never before in human history has the word 'luxury' been used as frequently as it is now. "But not many understand or know that luxury, in its most stunning manifestation, is a complex world shaped by a melting pot of influences. Once, luxury meant anything that could not be made in a hurry. Today, with advancing technology, even machine-made products are labelled as 'luxury'. But they may not be true representatives of the craftsmanship, the passion and the cultural influences that have shaped luxury."

'10,000 Years of Luxury' hosts over 350 extraordinary and bespoke historical and contemporary objects. Predictably, the exhibition has Indian jewellery, Middle-Eastern pearls, Japanese porcelain and Chinese pearls. But it also has rare objects excavated from the sites once populated by our ancestors, furniture pieces, and visual art. It is an exploration of how different cultures defined and influenced luxury, from antiquity to the present day.

Gabet says that the exhibition does not profess to offer any concrete definition of luxury. "The idea is to get people to explore and reassess accepted wisdom around what luxury represents, by showing them varying interpretations across the ages."

'10,000 years of Luxury' runs till end-February 2020. Here is what you should look out for if you find yourself at Louvre Abu Dhabi (or even if you desire to explore the treasures online).

The largest collection of silverware from Roman antiquity was unearthed during an excavation at Boscoreale, on the slopes of Mount Vesuvius. The treasure includes 109 objects of tableware, which the owner had stashed in a wine tank prior to the eruption that buried Naples in AD 79. Dating from the late 1st century BC to the early 1st century AD, the collection recounts the story of one of the finest periods in Roman history. More importantly, says Gabet, it tells us about the love that the wealthy Campanians had for objects with relief decoration. A pair of silver cups from the collection, known as modioli (a Latin word that means 'small measures'), are embellished with gold. According to Gabet, the elite used such decorative silverware at decadent Roman banquets. India's southern coast had very vibrant trade relationships with most of the ancient civilisations, including Mesopotamia from where, experts say, the Gulf pearls were bought by traders. This gorgeous piece, dated to the 1800s, is from a royal collection in Tamil Nadu. It is studded with multi-coloured enamel and white stones. India's jewellery traditions have been long lauded. While Rajasthani Maharajas not just had their jewellers but also employed the services of international brands such as Van Cleef and Arpels, in the south, the traders brought in rare pearls from the Middle East and Iraq and combined them with the rarest of precious materials found locally, such as emeralds and rubies. Antique necklace made from natural Gulf pearls with multi-coloured enamel and white stones.

This 8,000-year-old pearl (said to be the worlds' oldest) has its origin from amongst the Neolithic people of Marawah, a low-lying island off the western coastline of the emirate. It was discovered during an excavation expedition. The pearl characterises how the pearl trade originated and evolved in the Middle Eastern civilisations, who may have lived with limited resources given the geography of their region, but created stunning objects. Emirati experts believe that pearls were traded with Mesopotamia in ancient Iraq, in exchange for ceramics and other goods. A Venetian jewel merchant Gasparo Balbi, famous for the accounts of his travels to India and the East from 1579–1588, documented the islands off the coast of Abu Dhabi as a source of pearls in the 16th century. Housed in the same display is an antique natural pearl necklace that belonging to Egyptian singer, songwriter and film actress, Umm Kulthum, which was loaned by the Zayed National Museum for the exhibition. 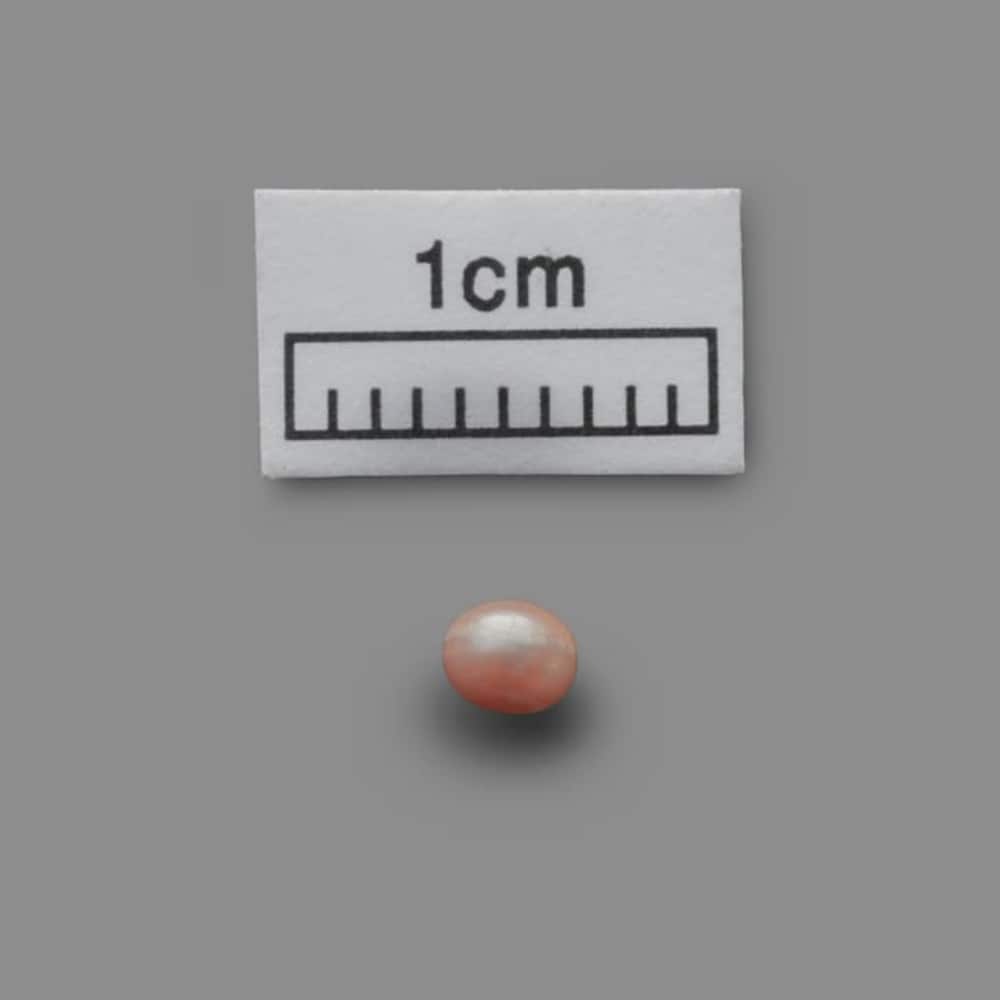 No history of luxury can ever be complete without couture and the exhibition has a stellar line-up from brands such as Christian Dior, Givenchy, Chloé, Lanvin and Maison Schiaparelli. But the one I find an absolute treasure is Gabrielle Chanel's Little Black Dress, which radically impacted global fashion in ways that even today find resonance. Chanel was known to have dumped the flouncy gowns and the painful corsets that shackled women for a more streamlined silhouette. But it was the Little Black Dress, designed in 1926, that became an icon. The style was derided by the leading French designer of those times, Paul Poiret, as "poverty deluxe." And yet, as Vogue France predicted, the plain, straight-lined dress became "the frock that the entire world will wear," and continues to be so.

This 1867-vintage stunner comes from France. Worn by the genteel French women before Chanel transformed the way they dressed, this sapphire silk and velvet number have grape bunch motifs embroidered in gold thread, as well as gold trim. French women were known for the velvet embroidered gowns that they donned for lavish banquets and ballroom dancing. This particular dress was donated to the Musée des Arts Décoratifs in 1935. Dating to the early 1920s, this masterpiece by Lalique is a depiction of the fine enamelling traditions of Europe. René-Jules Lalique combined semiprecious stones with materials such as enamel, horn, ivory, coral, rock crystal, and irregularly-shaped Baroque pearls in settings accentuated by asymmetrical curves and elaborate flourishes. He founded Lalique in 1888 in Paris, which is now famous more for their crystals than their enamels, making this piece of expensive bauble a rather rare object. 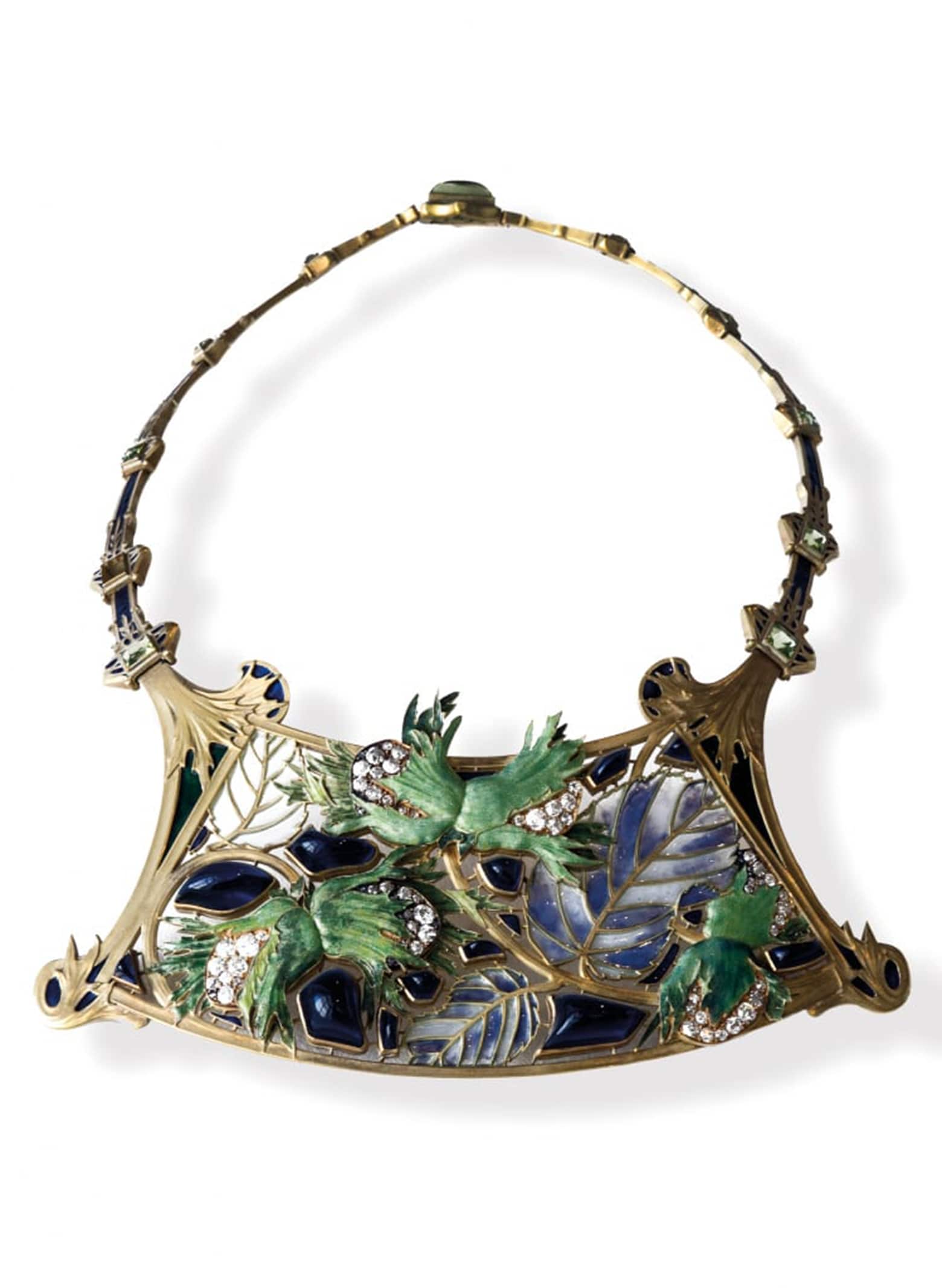 The ante-room with a wall of windows overlooking a water body and the city of Abu Dhabi is where the exhibition ends. The room has just one single object: a tall vase with a large hourglass designed by legendary Apple designer, Marc Newson. Made in a limited edition, each costs an astounding $12,000. The handmade timer, crafted in Basel, is blown from a single piece of borosilicate glass and contains millions of tiny spheres made of stainless steel. Each sphere is precisely 0.6 mm in diameter and coated with fine gold and silver. The hourglass is meant to evoke a sense of urgency about our time slipping away on a planet with finite resources, says Gabet, as humans face the horrifying spectre of climate change and political upheaval.