Literature: A journey along the 370-mile Grimm’s Fairytale route

Updated : January 03, 2020 01:12 PM IST
The first Grimms’ Tales was published in Germany by brothers Jacob and Wilhelm Grimm in 1812.
Called Children’s and Household Tales, the classic collection of folklore was later revised and translated into English as Grimm’s Fairy Tales.

December 20, 1812. It was on this day that the first Grimms’ Tales was published in Germany by brothers Jacob and Wilhelm Grimm. Called Children’s and Household Tales, the classic collection of folklore was later revised/enlarged and translated into English as Grimm’s Fairy Tales comprising 200 stories including Hansel and Gretel, Snow White, Little Red Riding Hood, Sleeping Beauty, Tom Thumb, Rapunzel, The Golden Goose, and Rumpelstiltskin. The fairytales began modestly with a measly 800 copies picked off the first 1812 edition. The fairytales collection which the Grimms called ‘manual of manners’ has been translated into 160 languages.

January 4 marks the 235th birth anniversary of Jacob Grimm. On the occasion, let’s walk the 370-mile Fairytale Route that meanders through the important landmarks of the Grimm brothers’ life from Hanau to Gottingen. In Hanau, a non-descript town 28 kilometres east of Frankfurt, a boulder at No.1 Paradeplatz (now called Friheitplatz) marks the house where Jacob and Wilhelm Grimm were born in 1785 and 1786, respectively. The house – and almost all of Hanau – was flattened to rubble by British bombers on March 19, 1945. A few steps away is the house of Aunt Schlemmer, the maid-in-waiting of a Landgravine (Duchess) – it was in this house that the Grimms moved after the death of their lawyer father. Hanau evidently breathes the Grimms for its existence – the reminiscence of their childhood, the stories of their tales, narratives about their pastor grandfather, the generosity of their aunt. Not surprisingly, the 1896-copper statue of the brothers lords over the town’s Main Square. 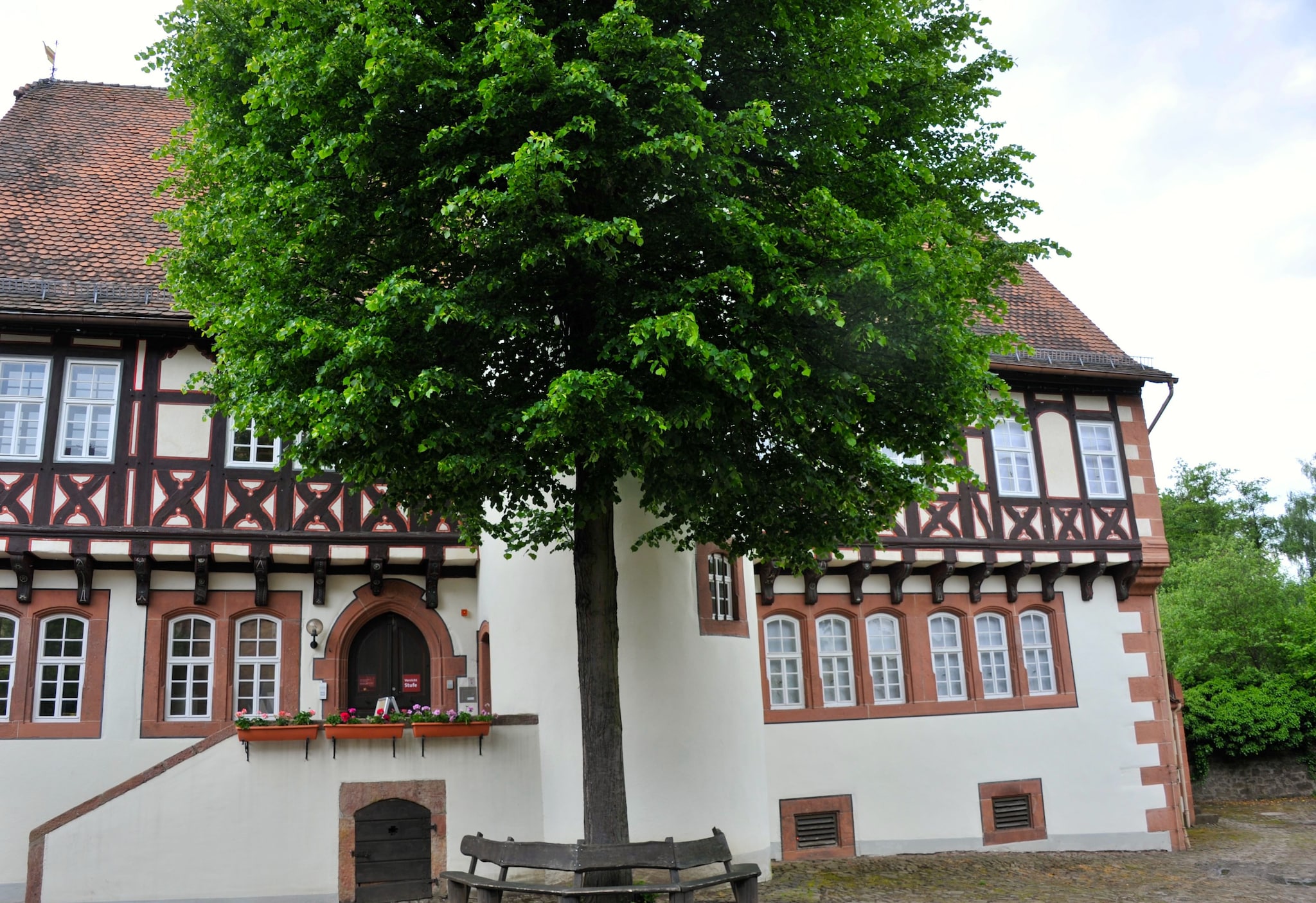 The Grimm’s real story moved from Hanau to Steinhau. In Amtshaus, the half-timbered house where they lived from 1791 to 1796, is now a museum. In the kitchen hang pewter pans and muffin moulds; in the stone sink lie spatulas and ladles; another room houses three-dimensional snippets of the fairytales stacked behind glass panes. Locked in a chest with a glass top is one of the oldest English editions of the Grimms’ Tales (1823).

In 1802, the Grimm Brothers moved to Marburg to study law. Then, Marburg was an ugly town with 6,000 residents and 170 students at Marburg University, the world’s first Protestant university which was founded in 1527. Jacob lamented “there are more steps on the streets than in the houses”. And the brothers sure went up and down that hilly incline a million times to take lessons from Friedrich Carl von Savigny, the famous jurist. It was in Marburg that the brothers found the “first fairytale impulse”. The tiny room where the Grimms spent evenings with the Romantiks still sits in the shadow of the Marburg Castle, which “was gilded by the setting sun”.

Known as the Cindrella Shoe, a red stiletto lies at the foothill of the Marburg Castle. That, however, is not the last vignette of a Grimm tale in Marburg. There are seven goats on a wall (The Wolf and Seven Young Kids). Amorphous dwarfs plonked on a high wall (Snow White & the Seven Dwarfs). A frog cross-legged on a mossy ledge by the drinking fountain (The Frog Prince). 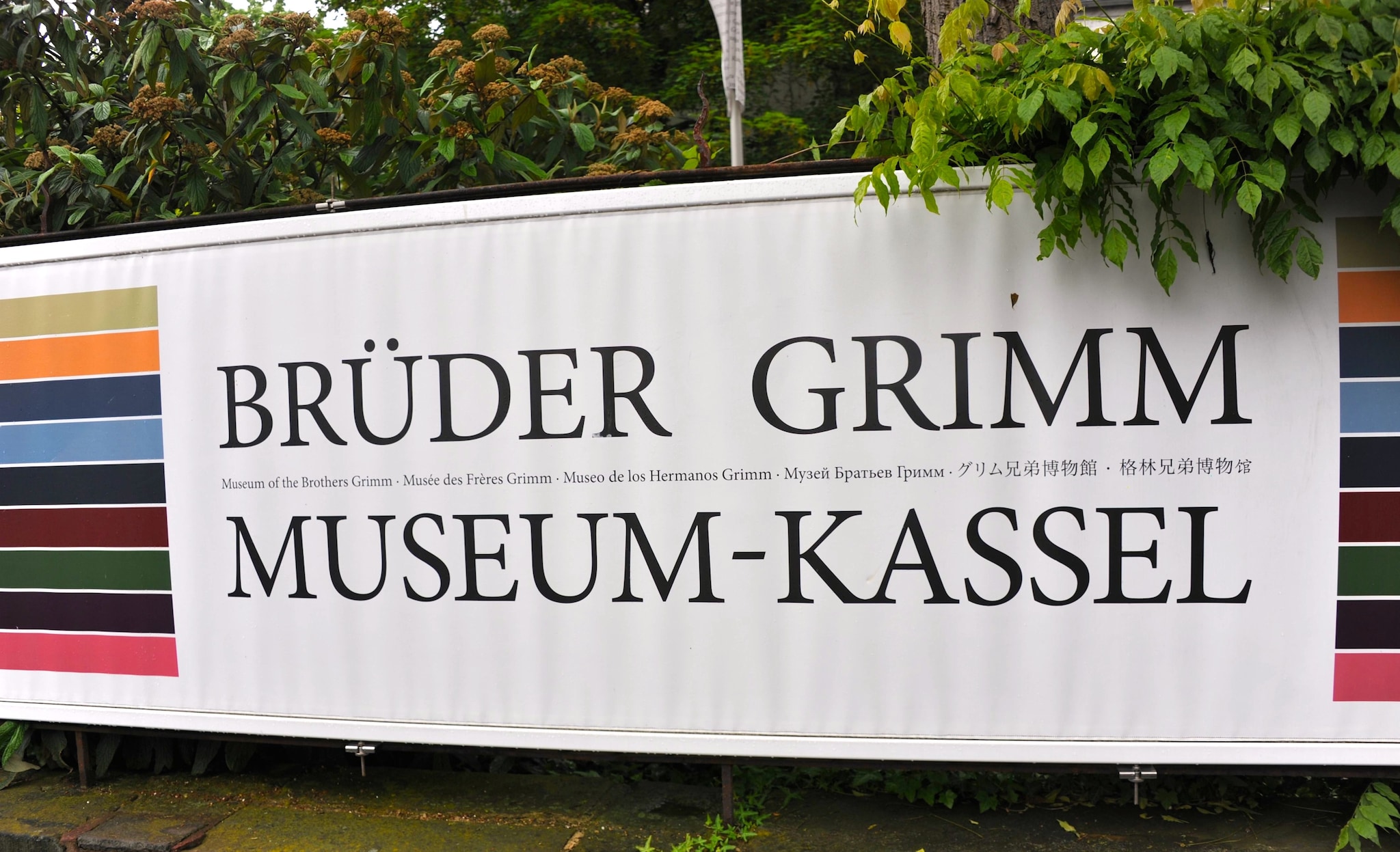 Kassel was their next destination. Jacob rented an apartment, slipped out of his flamboyant Parisian suits, slipped into stiff uniform and pigtails and took up a job as King Jerome Bonaparte’s librarian. Between 1798 and 1841, the Grimms spent nearly 30 years in Kassel, an art town. Their first home was Wildemanngasse 24 (corner of the Marktgasse) and later moved to the second floor of the Northerly Gate Watch and finally to Schöne Aussicht, which still looks stately with its Corinthic columns. Not too far away is the Palais Bellevue which now houses the Brothers Grimm Museum. In the Murhardschen library lie the manuscripts of the Children's and Household Tales, which were admitted into the World Document Heritage of UNESCO in the summer of 2005. In Expedition Grimm inside Documenta Hall, there hangs an embroidered coat and waistcoat of Jacob, a leather bag, his handwriting digitised, his books safe behind hardened glass. There are letters from Wilhelm, a lock of hair snipped off Wilhelm’s son, paintings by Ludwig Earl Grimm, the younger artistic Grimm, coins from the era, and antiquated Grimms’ Tales sepia with age. In 1829, the Grimms moved to Gottingen to take up a position at the University of Gottingen, a place that subsisted on its reputation as the town of scholarship. They taught in the University, worked in the library and completed a large number of publications and justified the study of German language as modern literature. Jacob Grimm died in Berlin in 1863.

Hanau is 28 kilometres from Frankfurt airport. The best/cheapest option is to take a train from the airport (ticket: $11, time: 15 minutes); taxis/Uber cost much more. 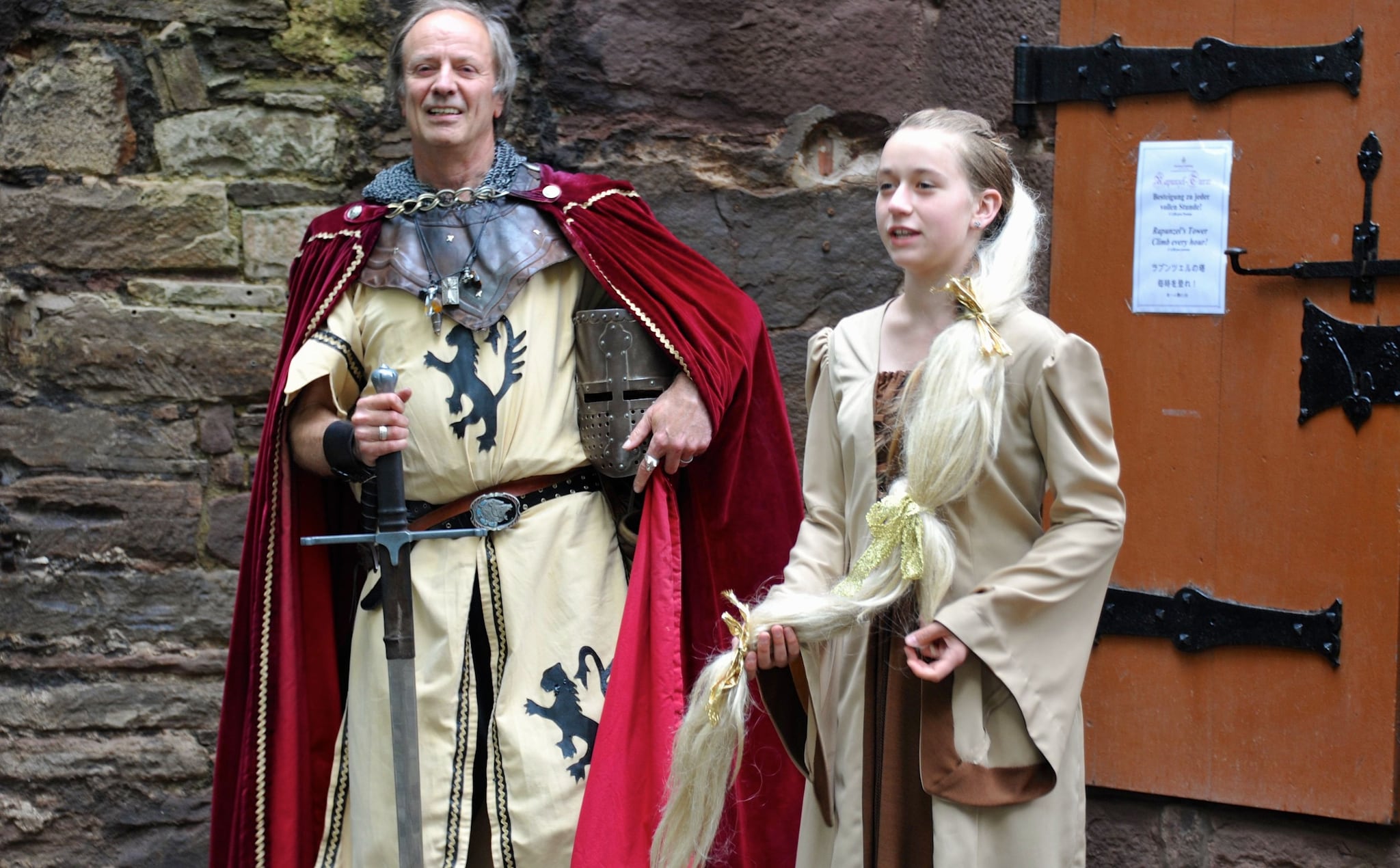