Leaving my daughter and heart behind at St Andrews: A small town with a big history

Updated : November 24, 2018 12:01 AM IST
Visiting this beautiful seaside town on the east coast of Scotland has been one of the most memorable experiences for me.
The small size of St Andrews makes it visitor-friendly; everything is within reach and the town centre is just about 1.5 km across.

The town of St Andrews is a historic jewel of Scotland and now it is also home to my most precious jewel: my 18-year-old daughter. She is a fresher at the University of St Andrews.

Visiting this beautiful seaside town on the east coast of Scotland has been one of the most memorable experiences for me. It was a bittersweet experience, of course. Bitter as I dropped my firstborn to college; this nest of ours that she had filled with her never-ending laughter has become empty. Sweet as she starts off her new life in this quaint and beautiful little town.

The long train journey from London to Leuchars (closest train station near St. Andrews) didn’t seem so long; the picturesque towns, cities and villages of Scotland stole my heart. Then came the very first glimpse of the North Sea, silvery golden sparkling sands, boisterous waves and the prepossessing Scottish sunset, which proved to be the perfect start for our journey.

St Andrews was once the ecclesiastical capital of Scotland and its religious traditions have been traced back to the sixth century. Today St Andrews is most popular as a university town housing one of the oldest universities of the world and, of course, a golfer’s paradise. The University of St Andrews was founded between 1410 and 1413. It is home to some of the most magnificent architecture, including the incredible late Gothic St Salvator’s Chapel. St Andrews was always known as a fishing town. St Andrews Pier and its accompanying harbour are steeped in tradition. Viewing the never-ending sea from the pier is a mesmerizing experience. Every Sunday, you can see students adorned with red academic regalia and university staff take a stroll down to the pier after the chapel service, a ritual ingrained in university life for decades. St Andrews Cathedral dates back to 1158 CE and was once the headquarters of the Scottish Medieval Catholic Church. This marvel of architecture took over a century to build and was the largest holy place of worship in Scotland. At 33 metres high, St Rule’s Tower dwells amidst the ruins of St Andrew’s Cathedral and boasts breathtaking views across the town. The thousands of medieval pilgrims who travelled on foot to St Andrews in the 12th and 13th centuries must have regarded the structure with absolute awe!

Now there is a museum within the ruins of the cathedral. The St Andrews Museum is housed in a stunning Victorian building, and the story of St Andrews is shared through the range of compelling collections. There are many medieval sculptures and other artifacts that are a delight for any history buff. 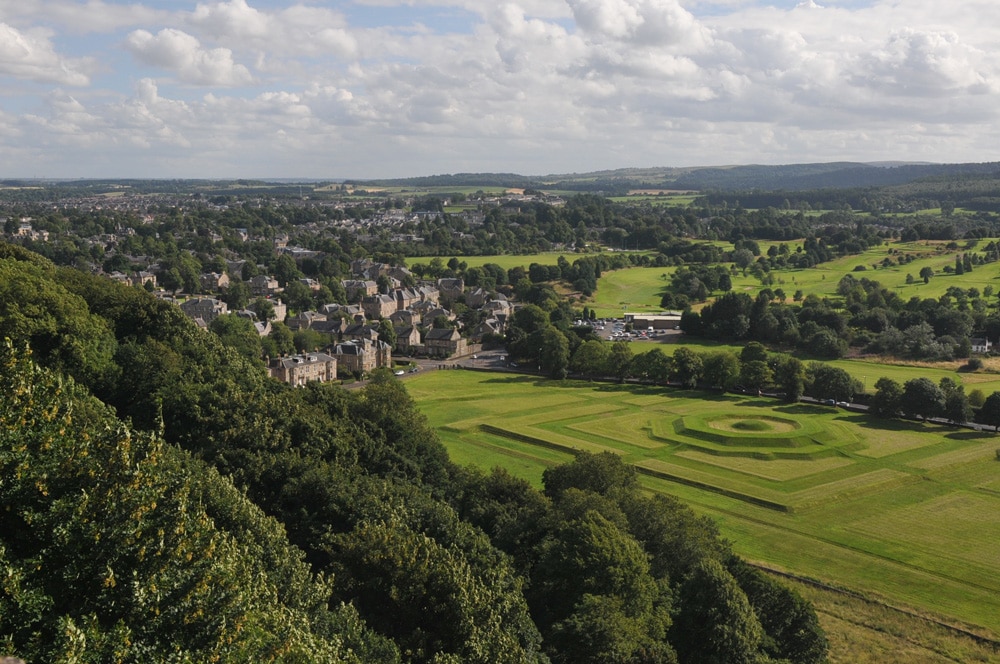 This tiny town has a population of just about 18000, out of which a large number are students. We were lucky we did not find a hotel accommodation in the centre of town; if we had, we would have missed the delight of staying at a beautiful farm in Elderburn just about a few miles from the city centre. We were surrounded by lush green expanse of land; our mornings were not just filled with the melodious sounds of the birds but also the beautiful sight of tall handsome horses and chubby cows grazing in the fields nearby. Deeply woven into the historical fabric of the town is the castle of St Andrews. It has been witness to many faces of royalty, war and religious ceremonies. It has been destroyed and rebuilt many times. These ruins above Castle Sands Beach are a must visit if you want to see and feel the real history of Scotland. 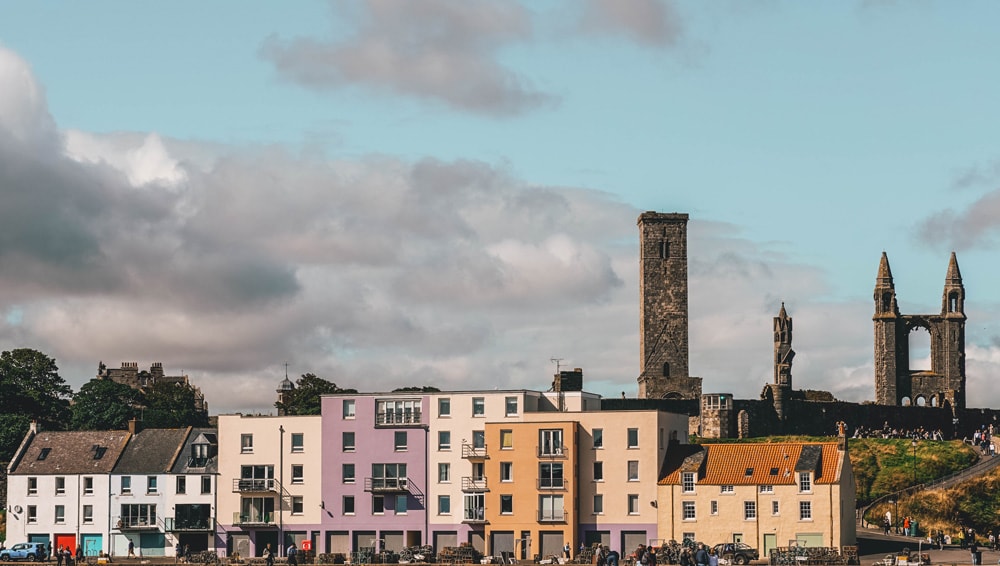 We visited an area called Shorehead, a sight for sore eyes. The working harbour has always fascinated visitors who enjoy watching the lobsters being landed, one could even walk across with a fishing rods and fish. Rent out a room at Shorehead out of the many easily available, spend a day out fishing or just walk and enjoy the breeze. Every true golfer wishes to play at of one of the many golf courses in this city at least once in their lifetime. The first written record of golf in St Andrews dates back to the 15th century. The legendary Old Course, one of the oldest in the world, has hosted 29 Open Championships. The Old Course also plays a crucial role in the game of golf as we know it, the rules included.

The small size of St Andrews makes it visitor-friendly; everything is within reach and the town centre is just about 1.5 km across. The public areas, gardens, beaches, golf courses, distilleries, and historical monuments are all well cared for, as the people in this town have a strong sense of civic pride. The pebbled streets and the quaint shops on the main street will take you to Harry Potter land and leave you wondering if this is for real.

The town’s motto “Dum Spiro Spero” – “While I breathe, I hope” – is the essence of this beautiful city.