India, the world's largest film producer, has no movie in Cannes this year

Updated : April 26, 2019 08:43 PM IST
There were expectations that at least one film could make the official selection like last year when Manto made the cut.
There has been no Indian film in the Cannes competition section for the Palme d'Or, the festival's top honour, in the last 25 years.

It was a busy festival for Nandita Das in Cannes last year. The actor-director moved from one venue to the other at the French Riviera town hosting the prestigious film festival, presenting her new film, Manto, and marching with fellow filmmakers to demand gender equality in the global entertainment industry. Das was also at the Toronto Film Festival earlier, as an ambassador of its Share Her Journey movement to support female filmmakers. Last May in Cannes, Das and another Indian director, Rohena Gera (whose debut film Sir was part of the Critic's Week parallel section in Cannes 2018) were at the forefront in the 50:50 gender parity pledge by the film industry. The 72nd Cannes film festival, which will be held during May 14-25 does not feature an Indian film this year.

In stark contrast to the hectic activities last year, it will be a quiet festival for India in Cannes this summer. The festival, beginning on May 14, has no films from India in the official selection. The parallel sections -- Critic's Week and Directors' Fortnight -- that have premiered Indian films like The Lunchbox and Gangs of Wasseypur also haven't selected any from the country for the 2019 edition. “There are 198 countries at the United Nations. We do not have enough room for 198 countries," says Cannes festival general delegate Thierry Fremaux. 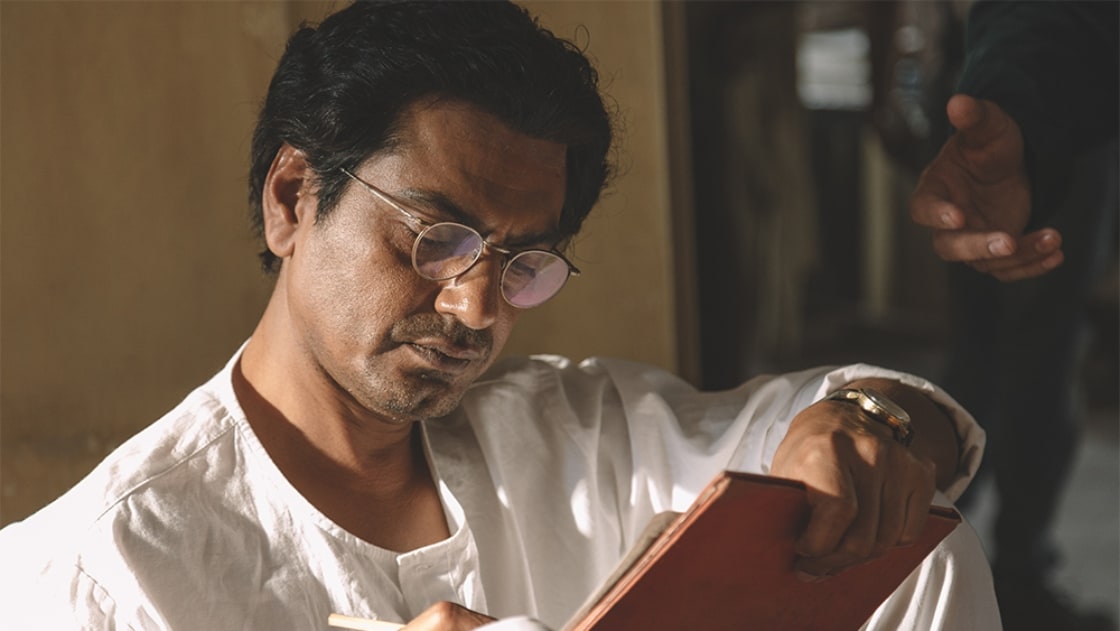 Manto by Nandita Das was the lone Indian film in the official selection last year.

There were expectations that at least one film could make the official selection like last year when Manto made the cut. Mumbai-based actor-animator Gitanjali Rao's full-length animation film, Girgit, was among the Indian films vying for a spot on the high table of international cinema. The story of three friends who migrate to Mumbai, Girgit boasts of a rare collaboration between modern animators and folk and tribal artists. Rao is no stranger to Cannes, having premiered her first short animation, Printed Rainbow, in Critic's Week in 2006. Five years later, she was part of the short film jury of Critic's Week. Also in contention was Malayalam director Sanal Sasidharan's new film, Chola. Gurvinder Singh's new film Khanaur was also under the Cannes Watch but failed to get the nod. There has been no Indian film in the Cannes competition section for the Palme d'Or, the festival's top honour, in the last 25 years. The last film from India in Cannes competition was Malayalam director Shaji N Karun's Swaham (My Own) in 1994. "It is a shame we as the largest film producing country are not represented in Cannes," says Karun, who won a Camera d'Or special mention for his debut film Piravi in Cannes in 1989. Karun believes the absence of Indian films from Cannes selection calls for introspection by the industry. "It is necessary to rescue Indian cinema from lack of commitment to the art form. We must first nurture good films in our country before complaining about Cannes selection," he adds. "We have to start with respect for our diverse culture." Cannes took note of India's contribution to the world of cinema when it regularly chose directors like Bimal Roy, Satyajit Ray, Mrinal Sen, Shyam Benegal and M S Sathyu. Awards came to India even later when Mira Nair and Murali Nair won the Camera d'Or for Salaam Bombay! (1988) and Marana Simhasanam (1999) respectively. "It is painful we don't have any films this year. But it is also an opportunity that Indian film industry must grab for the growth of our cinema," says Karun. An Indian pavilion run by the Information and Broadcasting Ministry in the Cannes festival market will give the opportunity to filmmakers to look for co-production.

Only a handful of Indian films have featured in the official selection of Cannes in the past decade. After Murali Nair's Arimpara was selected for the festival's Un Certain Regard section in 2003, there was a long gap until 2010 when Vikramaditya Motwane's Udaan was screened in Un Certain Regard. Two years later, Ashim Ahluwalia's Miss Lovely featured in the same section. There was a wait again till 2015 when Gurvinder Singh's Chauthi Koot and Neeraj Ghaywan's Masaan made it again to Un Certain Regard. Masaan also picked up an award. In 2016, a lone documentary film -- The Cinema Travellers by Shirley Abraham and Amit Madheshiya -- represented India in Cannes. The Critic's Week and Directors' Fortnight, which had at least one Indian film every edition in the past few years, have also skipped an Indian entry this year. Several Indian producers will be heading for Cannes next month to find buyers for their movies in the festival market.

If it is any consolation, a 28-year-old cinematographer from Kolkata will be presented an award on the sidelines of the festival. Modhura Palit, who teaches cinematography at the Satyajit Ray Film and Television Institute, Itanagar, will receive the Angenieux Special Encouragement Award. Instituted in memory of Pierre Angenieux, the founder of the French zoom lens manufacturing company Angenieux, Palit will also receive a high-end zoom lens from the company on loan. Meghalaya filmmaker Dominic Sangma will part of La Fabrique Cinema programme at the festival market to support talented filmmakers from around the world. Mira Nair will be the patron of the programme this year. Cannes festival general delegate Thierry Fremaux.
The Indian film industry, however, will be present in the Marche du Film, the Cannes festival market. The Indian pavilion in the festival market, run by the Information and Broadcasting Ministry every year is not expected to see an official presence because of the general elections. Maybe that would be a good chance to do some soul-searching for industry professionals away from the presence of ministers and bureaucrats.
Tags Bimal Roy Cannes French Riviera M S Sathyu mrinal sen Nandita Das Satyajit Ray Shyam Benegal unwind